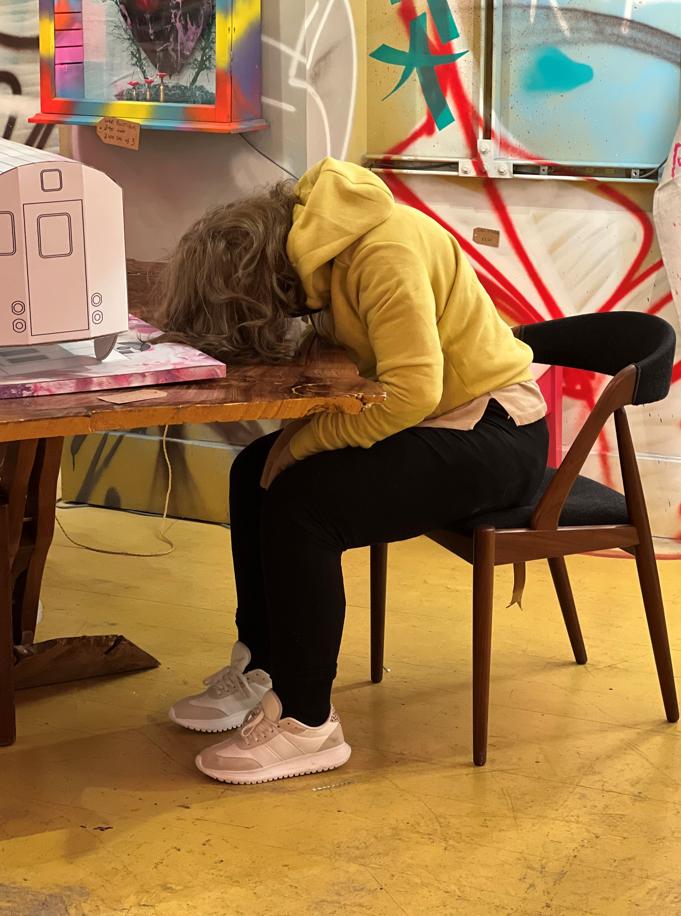 Police barged into a London gallery owned by Banksy’s former agent, mistakenly presuming a hyper-realistic sculpture was a person in a critical condition.

The work, (2022) by American artist Mark Jenkins, depicts a casually-dressed woman collapsed over a table.

The incident occurred on November 25 when the London Metropolitan Police received a call at 5.32 p.m. about a person who appeared to be unconscious inside Laz Emporium, the gallery on Soho’s Lexington Street opened by Steve Lazarides in October 2021. The gallery’s doors were locked at the time.

About 20 minutes later, “officers forced entry to the address, where they uncovered that the person was in fact a mannequin,” a police spokesperson replied in response to a inquiry from Artnet News. “The Met has a duty of care to respond when there is a welfare concern.”

Jenkins’s was commissioned by Lazarides, who wanted a portrayal of his sister of the same name who passed out and buried her face in a plate of soup. The life-sized work, featuring a woman with messy hair wearing a yellow hoodie and trainers, was made with packing tape and foam filler. The work is not for sale at the moment, but if the gallery was to sell it, it would come with a price tag of £18,000 ($22,065).

“[Gallery employee] Hannah [Blakemore], who was working in the gallery that day, had just locked up and gone upstairs to make a cup of tea,” Lazarides said in a statement. “She came down to find the door off its hinges and two confused police officers!”

Blakemore confirmed this to Artnet News; she added that she was “shocked” to find uniformed police officers in the gallery space, which presents and sells a range of artworks as well as design and interior pieces.

She said they told her that “somebody reported that the woman here has not been moving for the last two hours” and that the officers assumed the figure had “a heart attack or she’s overdosed.”

The sculpture, which can be seen publicly through the gallery’s window, has surprised people before. When the work appeared at London art and design fair Decorex in October, paramedics were called, according to Blakemore.

She also added that the officers lectured Blakemore for having a sculpture of a human being that looked so real. “The work is to provoke and it’s definitely achieving that,” Blakemore said.

The work is on show at the gallery until December 24.