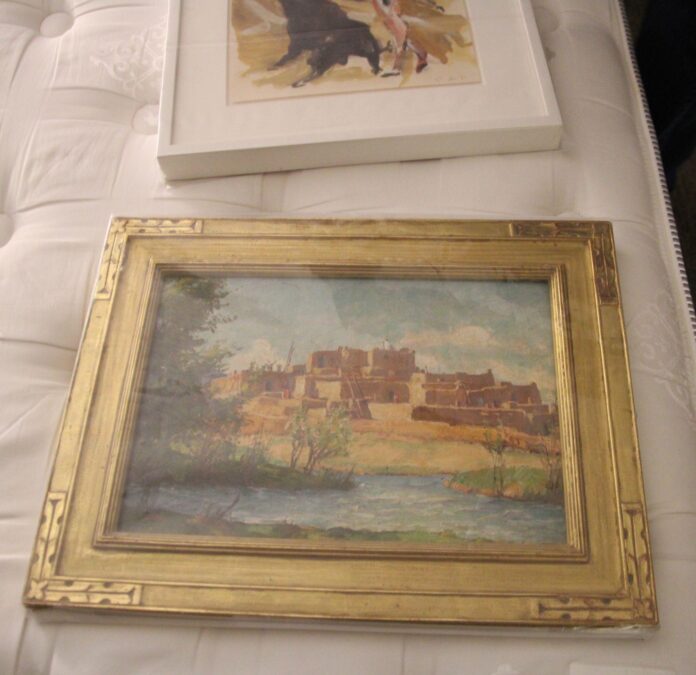 The police department in Boulder, Colorado has recovered five paintings that were stolen from a padlocked storage van on 14 December 2022. The artworks, valued at over $400,000, were found in a hotel room on 6 January in Lakewood, Colorado, alongside an enormous stash of fentanyl and methamphetamine.

Boulder police have apprehended suspect Brandon Camacho-Levine, who now faces 16 felony charges related to drug distribution, possession of an illegal weapon and vehicle trespass, among others. Camacho-Levine had been missing since 31 July 2022, when he escaped Rose Medical Center after he was left hospitalised following an arrest for car theft.

The five recovered artworks were destined for two separate locations. Three of the pieces, idyllic pueblo scenes executed by members the Taos Society of Artists of the early 20th century, were en route to New Mexico. The two remaining paintings, works by renowned female artists Elaine de Kooning and Jane Freilicher, had been bound for the town of Englewood, near Denver. The artworks will be returned to their rightful owners this week, according to Forbes.