Home News Priceless No More, Rome’s Famed Colosseum Is Said to Be Worth $79... 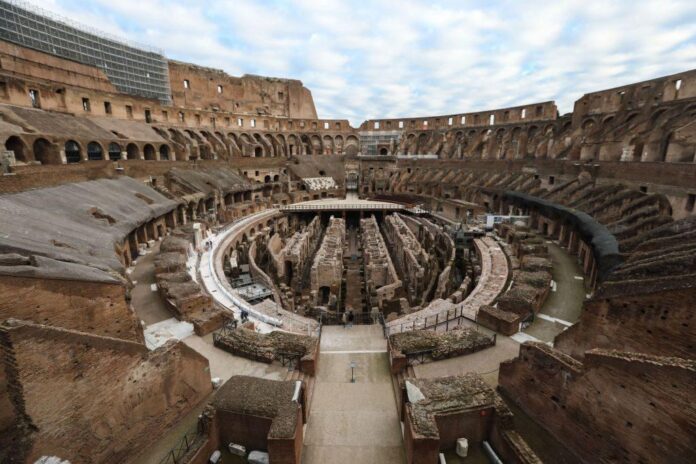 In the market for a historic amphitheater? Rome has one—the largest and oldest of its kind in existence—but it will run you a cool €77 billion ($79 billion).

Okay, the Roman Colosseum isn’t actually for sale. But economic experts have calculated the worth of the iconic structure—and their process, while complicated, offers an insight into the ways in which we value cultural history, heritage, and symbolism.

In a report published this week, financial consulting firm Deloitte estimated that the Colosseum’s “value as a social asset” hovers around that impressive 11-figure mark. The number factors in the €1.4 billion ($1.4 billion) that the site, among the most popular tourist destinations in the world, contributes to Italy’s gross domestic product yearly, but also the intangible value Italians and others in the world place on it.

“The value of an iconic, historical and cultural site such as the Colosseum, to which different dimensions of value can be attributed is objectively complex to determine,” said Marco Vulpiani, head of the valuation, modeling, and economic advisory arm of Deloitte Central Mediterranean, in a statement.

He explained that it “can be analyzed through a quantification of the different configurations of value, ranging from the economic contribution, the indirect use value, and the social asset value, where the latter mainly represents its existence value for the society.”

The study, according to Deloitte’s announcement, is part of the company’s broader “evaluation and enhancement of works of art and, more generally, cultural heritage.”

The indirect use value mentioned by Vulpiani refers to the worth of the pleasure generated by seeing or otherwise being close to the Colosseum, an idea evidenced by the steep price of real estate near the site. Deloitte’s estimates that figure to be around €400 million.

The remaining €75 billion of the price tag ascribed to the Colosseum comes from the site’s social asset value, or the worth placed on the location’s mere existence by society at large. For data on this point, the company administered an online survey.

About 87 percent of respondents believe that the Colosseum is the most important cultural attraction in Italy, and 52 percent said it was the main reason they chose to visit Rome. Seventy percent of those surveyed said that everyone in the world should pay for the preservation of the landmark, confirming its status as a global, rather than regional, icon.

From there, the report estimated how much respondees would pay for the preservation of the Colosseum, then extrapolated that number.

It concluded the status of “Italy as a protagonist in the world,” said Fabio Pompei, CEO of Deloitte Central Mediterranean. Owing to this, he went on, is the country’s cultural heritage and record-high number of UNESCO-protected sites.

“The enhancement of the cultural and landscape heritage present in our country must become a priority on the agenda of national and local institutions,” Pompei said.

The Colosseum, which is officially known as the Flavian Amphitheatre, is Italy’s most visited tourist site, drawing some 7 million tourists in 2019, per the report.