Home News Qatar Has Given the Metropolitan Museum of Art a ‘Generous’ Gift to... 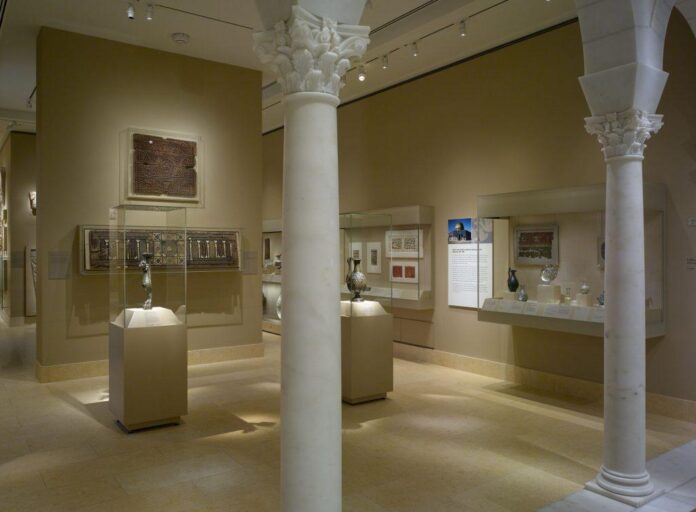 The Metropolitan Museum of Art has received a “generous gift” from Qatar Museums, a cultural arm of the Qatari government that oversees numerous institutions in the country.

The donation, announced today, coincides with the 10th anniversary of the opening of the Met’s Galleries for the Art of the Arab Lands, Turkey, Iran, Central Asia and Later South Asia. A Met spokesperson declined to elaborate on what the gift entails. However, a press release makes clear that it’s monetary, noting that it will be used to “support, among other things, the Department of Islamic Art as well as capital projects within the museum.”

In recognition of the donation, the Met will name its gallery presenting art from the Umayyad and Abbasid Periods (7th–13th centuries) to the “Qatar Gallery.”

“This gift is the latest instance of the longstanding relationship between our institutions and marks the start of a broad collaboration encompassing the exchange of exhibitions, programs, and scholarly cooperation,” Max Hollein, the Met’s director, said in a statement.

“This critical support,” he continued, “is especially meaningful as we mark the 10th anniversary of the opening of the Met’s renovated galleries, which continue to be a source of great interest and inspiration for our millions of yearly visitors.”

As Hollein mentioned, the partnership between the Met and Qatar Museums goes back several years.

Qatar Museums has loaned pieces from its collections to multiple Met exhibitions, including “Jerusalem in the Middle Ages” (2016), “Sultans of Deccan India, 1500–1700: Opulence and Fantasy” (2015), “The Great Age of the Seljuks” (2016) and “Monumental Journey: The Daguerreotypes of Girault de Prangey” (2019).

Next month, the Met will return the favor, lending works from its own collection to a special exhibition at the newly renovated Museum of Islamic Art in Doha. The exhibition, called “Baghdad: Eye’s Delight,” focuses on the titular city’s historic role as a cultural hub in in the Arab world, with a special focus placed on art from the Abbasid Period. It’s set to open on October 26.

A Met representative also mentioned that the museum will soon be announcing an exhibition of museum works that will travel to Qatar.

“The establishment of the Qatar Gallery at the Met highlights the collegiality between our institutions and our desire to advance a crucial goal we hold in common, of heightening appreciation everywhere for the art of the Islamic world,” said Sheikha Al Mayassa bint Hamad bin Khalifa Al Thani, chairperson of Qatar Museums. “We are proud to come together with the Met to honor the beauty, depth, and variety of a global tradition that spans fourteen centuries.”