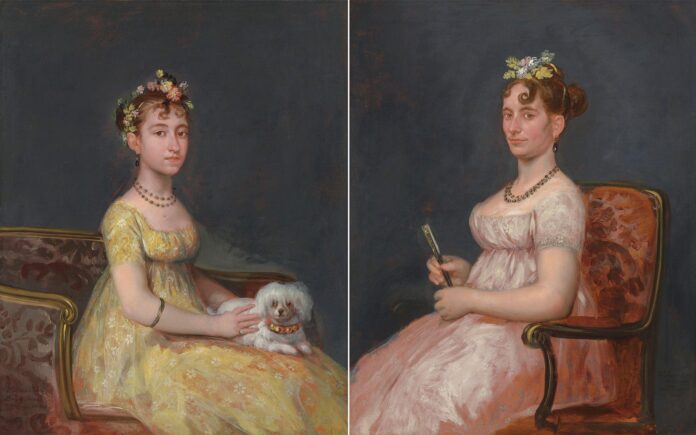 Christie’s series of Old Masters’ sales in New York kicked off on Wednesday (25 January) with 76 works from the collection of Swiss Lebanese banking heir and film producer Jacqui Eli Safra that reeled in $14.7m ($18.5m with fees), followed by its various owners session that brought $36.4m ($44.2m with fees) for the 36 lots that sold. Those tallies weighed in on the light side of the Safra auction’s pre-sale expectations (before fees) of $19.2m to $28.8m and the various owners sale, which specialists had pegged at $46.7m to $66.7m.

Interestingly, the Safra group came to market free of reserves, meaning there was no minimum the lots had to reach before landing with a new owner and automatically made for a 100% sell-through rate, or “white glove” sale.

Though not an autograph work, the large-scale and dramatic The Magdalene Renouncing Worldly Vanities by Artemisia Gentileschi’s studio topped expectations and sold for $150,000 ($189,000 with fees).

A rather bawdy though humorous composition, Hendrick Ter Bruggen’s Unequal Lovers, featuring an older bearded man in spectacles grasping a decidedly younger and partially nude woman, sold for $520,000 ($655,200 with fees) against a pre-sale estimate of $800,000 to $1.2m. Safra acquired the painting from New York dealer Otto Naumann in 2005 for an undisclosed price.

“I think it was a bold move by Christie’s” to drop the reserves for the Safra sale, said London dealer Johnny van Haeften, “and it paid off fetching the correct market price. Even so, I came away empty-handed.”

In the subsequent various owners sale, where lots came with reserves, Pieter Brueghel the Younger’s festive and typically multi-figured The Kermesse of Saint George (1628) brought $2.4m ($2.9m with fees) against an estimate of $2.5m-$3.5m.

Other big hitters, at least by name and art historical reputation, included Jan Brueghel the Elder’s Summer landscape with tilt carts, a pastoral scene set against a splendid blue sky and windswept trees. It went for $1.6m ($1.9m with fees), well below its $2.5m to $3.5m estimate. Peter Paul Rubens’s pink-cheeked and straw-hatted Portrait of a lady, probably Isabella Brant as a shepherdess made $950,000 ($1.1m with fees) against an estimate of $1.2m to $1.8m. The side view of the figure turns out to be the artist’s first wife.

The price points shot way higher with Francisco José de Goya y Lucientes’s dual portraits of a mother and daughter—Dona Maria Vicenta Barruso Valdés seated on asofa with a lap-dog and Portrait of her mother Dona Leonora Antonia Valdés de Barruso, seated on chair holding a fan (both 1805)—which became the day’s top lot at $14m ($16.4m with fees), just shy of the pre-sale estimate of $15m to $20m but good enough to set a new auction record for the Spanish master. Both women are lavishly costumed and seated in richly upholstered chairs. Even the bichon frisé lap dog is decked out in an elaborate, gilt studded collar. It came to market backed by a third-party guarantee.

One lot that exceeded expectations, Jean-Baptiste Siméon Chardin’s small yet stunning genre sketch of a young draftsman at work and seen from the back, Le petit dessinateur (1733-35), went for an estimate-busting $1m ($1.2m with fees). Its pre-sale estimate was $500,000 to $800,000.

A lesser-known high-flyer, Thomas Daniell’s panoramic scene, The entrance of an excavated Hindu cave temple at Mahabalipuram on the Coromandel coast, enticed a half-dozen bidders and fetched $850,000 ($1m with fees), more than four times its high estimate of $180,000 and good for a new auction record for the English painter.

On a heavier masterpiece scale, J.M.W. Turner’s resplendent vista with figures, Pope’s Villa at Twickenham, first exhibited in 1808 and intended as a tribute to the great English satirist Alexander Pope, realised $3.8m ($4.6m with fees) against a pre-sale estimate of $4m to $6m. It last sold at Sotheby’s London in July 2008 for £5.4m (with fees), so not a pretty picture for the seller.