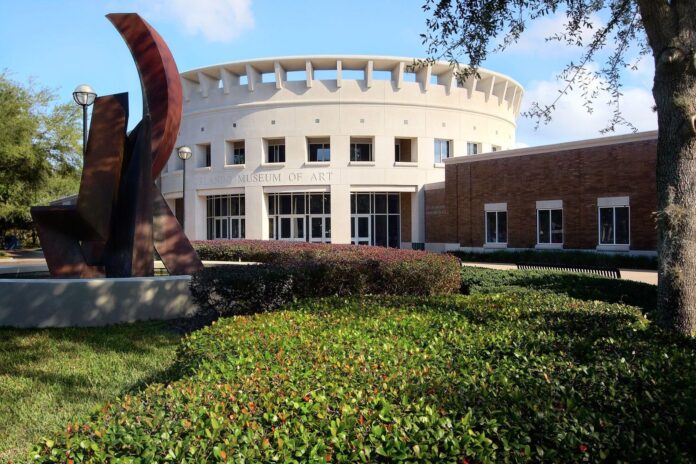 The board chair and interim director of the Orlando Museum of Art have cut ties with the institution amid an ongoing crisis set off by a 24 June FBI raid in which authorities seized 25 allegedly fake paintings attributed to Jean-Michel Basquiat.

The former board chair, Cynthia Brumback, has been replaced by Mark Elliot, but will remain involved with the museum’s fundraising despite having faced criticism for her role in orchestrating the exhibition Heroes & Monsters: Jean-Michel Basquiat, the Thaddeus Mumford, Jr. Venice Collection.

Luder Whitlock announced his resignation from the role of director on 25 August, shortly after he was appointed to the position, replacing Alan de Groft, who was fired in June. Whitlock had previously served as the interim director of the museum between 2020 and 2021, following the ousting of Glen Gentele, who faced accusations of having created a “toxic culture” in the museum.

De Groft claimed the paintings in the Basquiat exhibition had been created in 1982 and sold by the artist that year to the screenwriter Thaddeus Mumford for $5,000, then later sold to a third party for $15,000 in 2012 when a storage unit owned by Mumford was auctioned after the collector failed to pay his bill.

The authenticity of the paintings was called into question for several reasons, including that one work dated 1982 was made on a FedEx cardboard box that included elements that the shipping company did not use until 1994.

The authentication committee of Basquiat’s estate disbanded in 2012 following a lawsuit over its authentication determinations. The late curator Diego Cortez, a member of the committee, had signed statements approving the works in the Orlando exhibition in 2018-19, following a forensic investigation of the signature in the pieces by a handwriting expert in 2017.

The museum says it has established a “task force” to handle the fallout of the exhibition. The museum claimed the show had been assessed by the Basquiat scholar Jordana Moore Saggese, a professor at the University of Maryland, College Park. In an affidavit securing the search warrant, however, Saggese claims she rejected several of the works, and only determined that other works “could be” by the artist based on photographs alone.

Christie’s and Phillips Are Closing Their Sprawling Outposts in Southampton