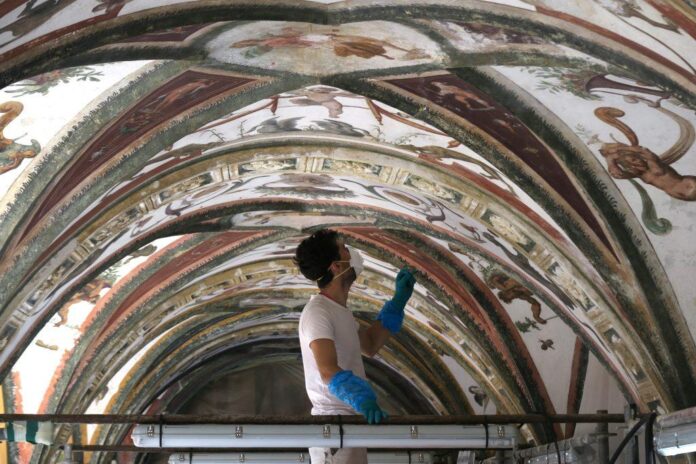 The Prince’s Palace of Monaco has just reopened to the public after a period of restoration, boasting a newly discovered series of frescoes that had been hidden from sight for centuries.

The wall paintings had been left untouched and it is not known why they were originally covered up. They are believed to have been painted by Genoese artists during the 16th century. This is due both to the style of the works as well as the lime-based plaster used, detected during a multispectral analysis. 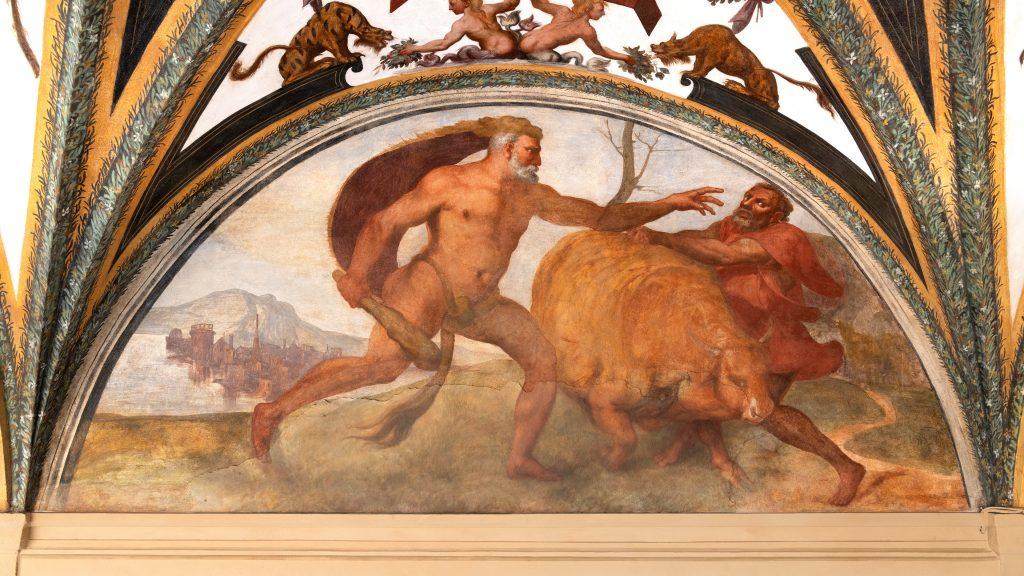 Restorers began routine repair work in 2013 but first realized there were new artistic treasures to uncover in 2015 when examining the lunettes and vaulted ceiling of a loggia in the courtyard. It had been repainted in the 19th century but images of Hercules’s twelve labors were found remaining underneath.

Frescoes have also come to light elsewhere in the palace. In the Chamber of Europe, previously named the Salon Matignon, an electrician accidentally began the process of uncovering a medallion painted on the ceiling that shows the mythological abduction of Europa by Jupiter. 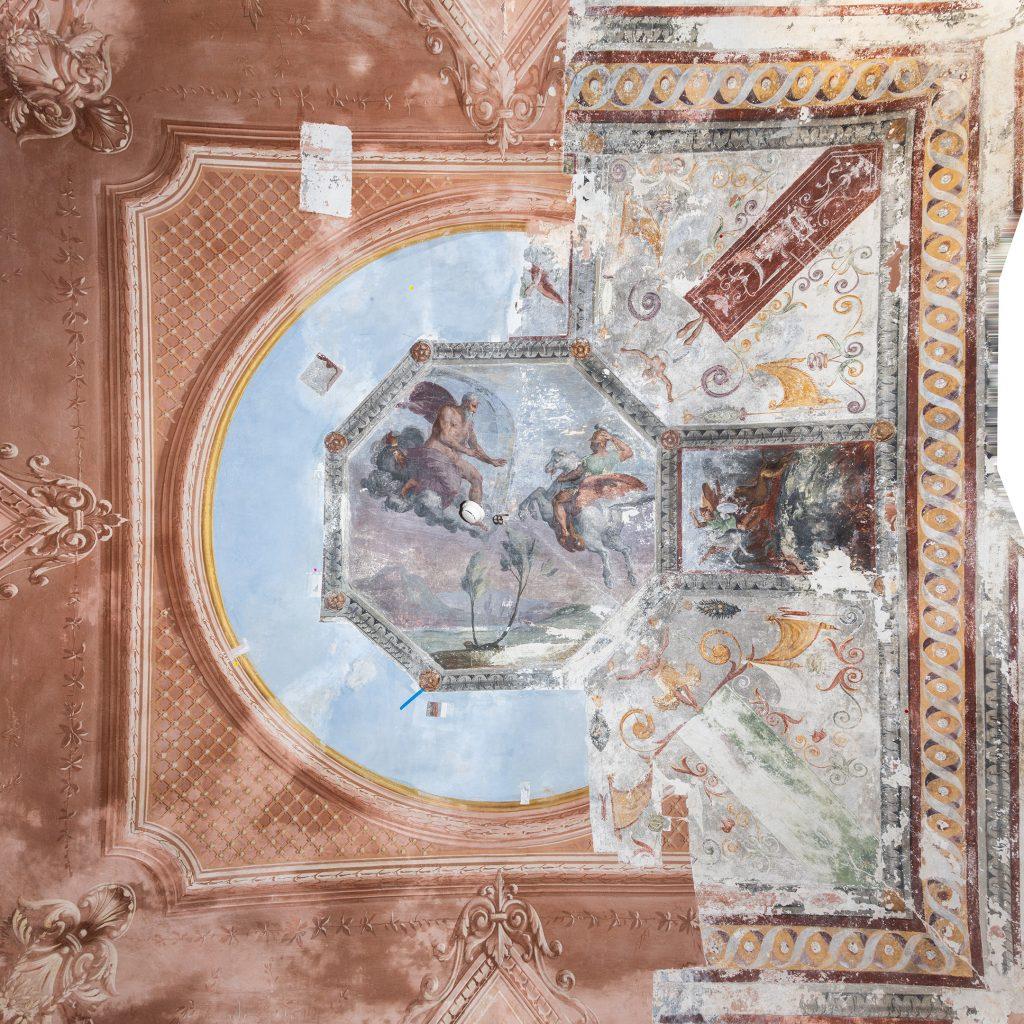 In 2020, a large scale fresco depicting Ulysses was also found in the Throne Room.

The official residence of the Sovereign Prince of Monaco, the palace was built as a fortress in 1191. In the 700 years since 1297, it has been home to the Grimaldi family, currently Prince Albert II.

An opening initially planned for April 2020 had to be delayed due to the pandemic. The palace and its trove of newly-discovered frescoes now remains open until October 15.