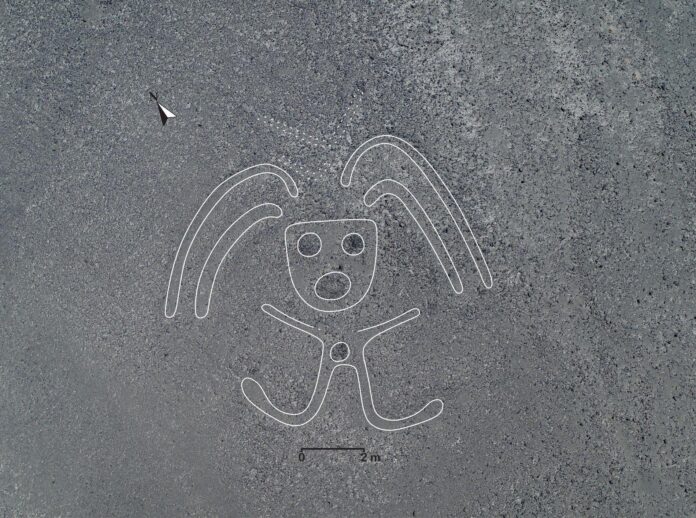 Researchers from Yamagata University in Japan have identified 168 previously undiscovered geoglyphs—lines or motifs etched into the ground—in the Peruvian desert, 250 miles south of Lima. These newly found geoglyphs have been designated as examples of the Nazca Lines, a collection of 2,000-year-old land drawings created by the ancient Nazca culture.

Despite being studied for almost 80 years and declared a Unesco Heritage site in 1995, the Lines remain a mystery to archaeologists. Largely indistinguishable at ground level, they are best perceived from aerial vantage points. The Yamagata researchers discovered the newly identified forms through two years of drone photography and artificial intelligence (AI) surveys, increasing the number of known Nazca geoglyphs to 358.

The most recent additions run the gamut from trapedzoidal patterns to depictions of birds, cats, snakes and humanoid figures. After seeking permission from the Peruvian Ministry of Culture, the Yamagata team plans to map out the full length and width of the desert region in which the illustrations appear with the help of local archaeologists.

The Nazca civilization constructed these ancient, pictorial sketches on flat terrain by removing rocks to reveal the soil beneath, allowing the contrast between the craggy ground and untouched dirt to create a dynamic outline. Judging from clay pots found near the site, archaeologists have dated the lines from a period between 100BCE and 300CE. While historians and scientists alike are still uncertain as to the original purpose of the designs, various theories have been suggested—some posit that they serve an astronomical purpose while others suggest that they provided visual pleasure for the gods looking down on Earth.

Matsato Sakai, a professor from Yamagata University who led these recent drone- and AI-aided studies, warned Reuters that many Peruvian geoglyphs are in danger of being destroyed “due to the recent expansion of mining-related workshops in the archaeological park”.

From Hopper to Magritte, Here Are Some of the Most Notable Artworks From 1927, Newly Landed in the Public Domain