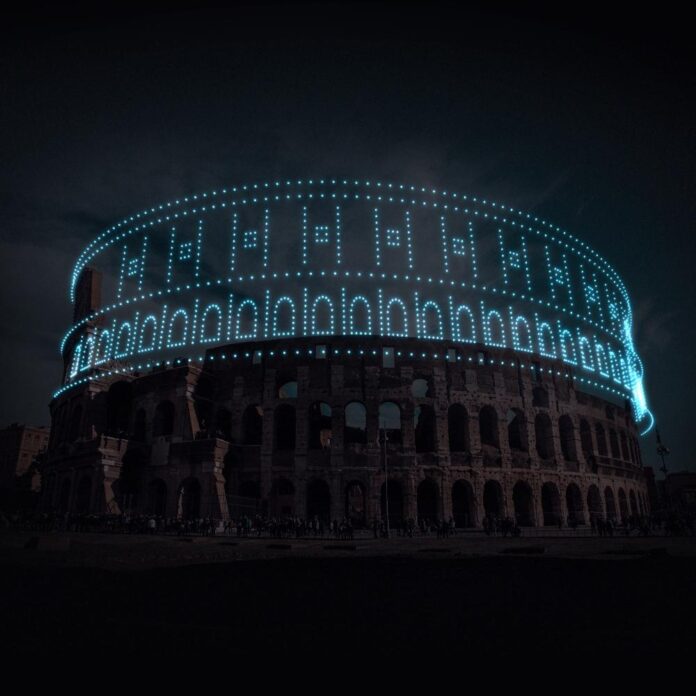 The Dutch artist duo DRIFT has embarked on a new project that uses drone technology to imagine what famous landmarks would look like if they were finished or restored.

The ancient Colosseum in Rome and Gaudí’s Sagrada Familia in Barcelona are among the life-size renderings so far completed by the collective, which is formed of Lonneke Gordijn and Ralph Nauta, who founded Studio Drift.

“When Notre Dame burned, we started to think of rebuilding it with light,” Nauta told Artnet News about how the idea first originated. “To show the world how old, gone architectural masterpieces might have looked in the past.” 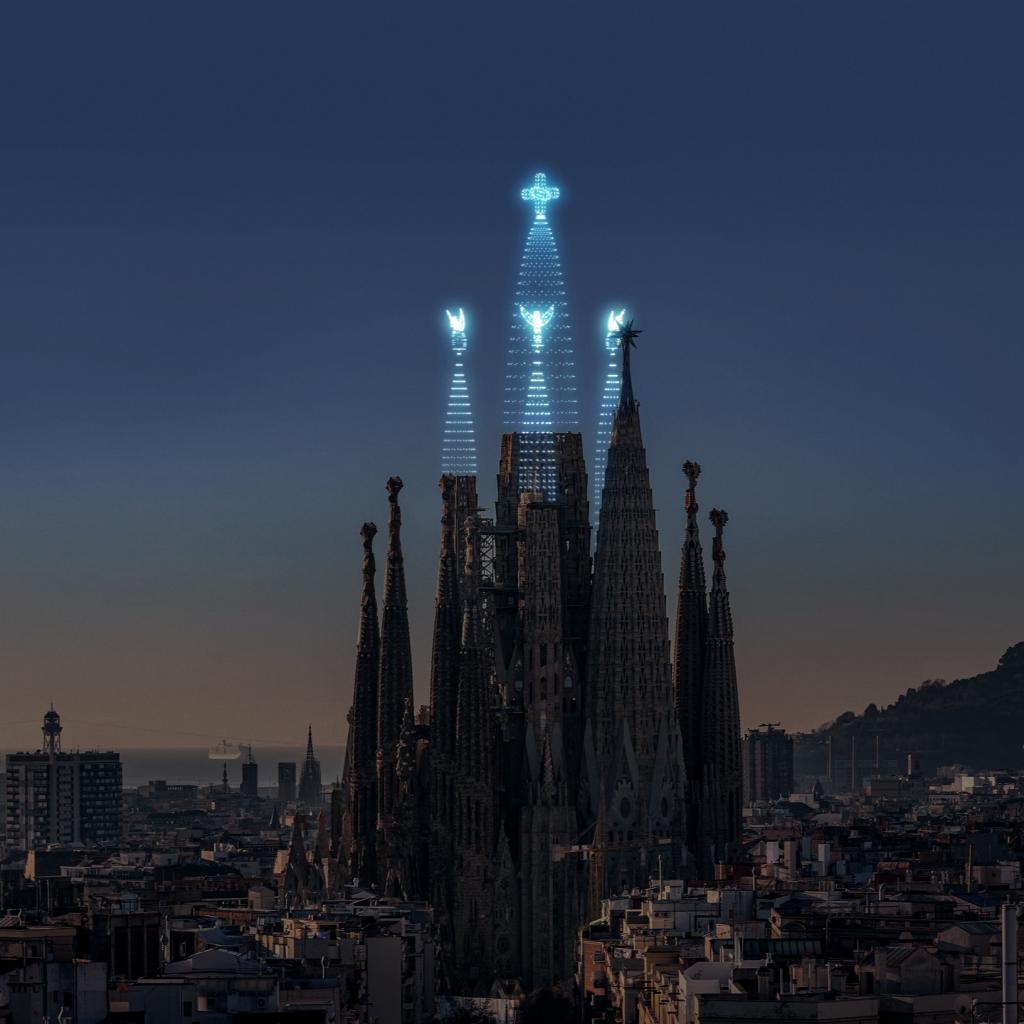 The Sagrada Familia in Barcelona is made complete by DRIFT using drone technology. Photo courtesy of DRIFT.

“These human achievements, built over generations with forgotten crafts, deserve all the attention they can get. They teach us a patience we desperately need to rediscover as a society,” he said.

“To finish them with light emphasizes the potential positive power of our hi-tech developments in relation to the slow but beautiful building methods of the past.”

For the past two years, DRIFT has worked with its team of 64 multi-disciplinary specialists, including those from Drone Stories and Nova Skystories, to develop sophisticated software capable of producing a series of impressive aerial sculptures, installations, and performances intended to be enjoyed in outdoor and public spaces.

DRIFT first began to work with drones for the performative art installation Franchise Freedom (2017), which premiered at Art Basel in Miami Beach before it traveled internationally.

“The value of good art for me is the ability to develop new ways of expressing oneself,” said Nauta, noting how earlier artists, like Rembrandt, developed their own paints. 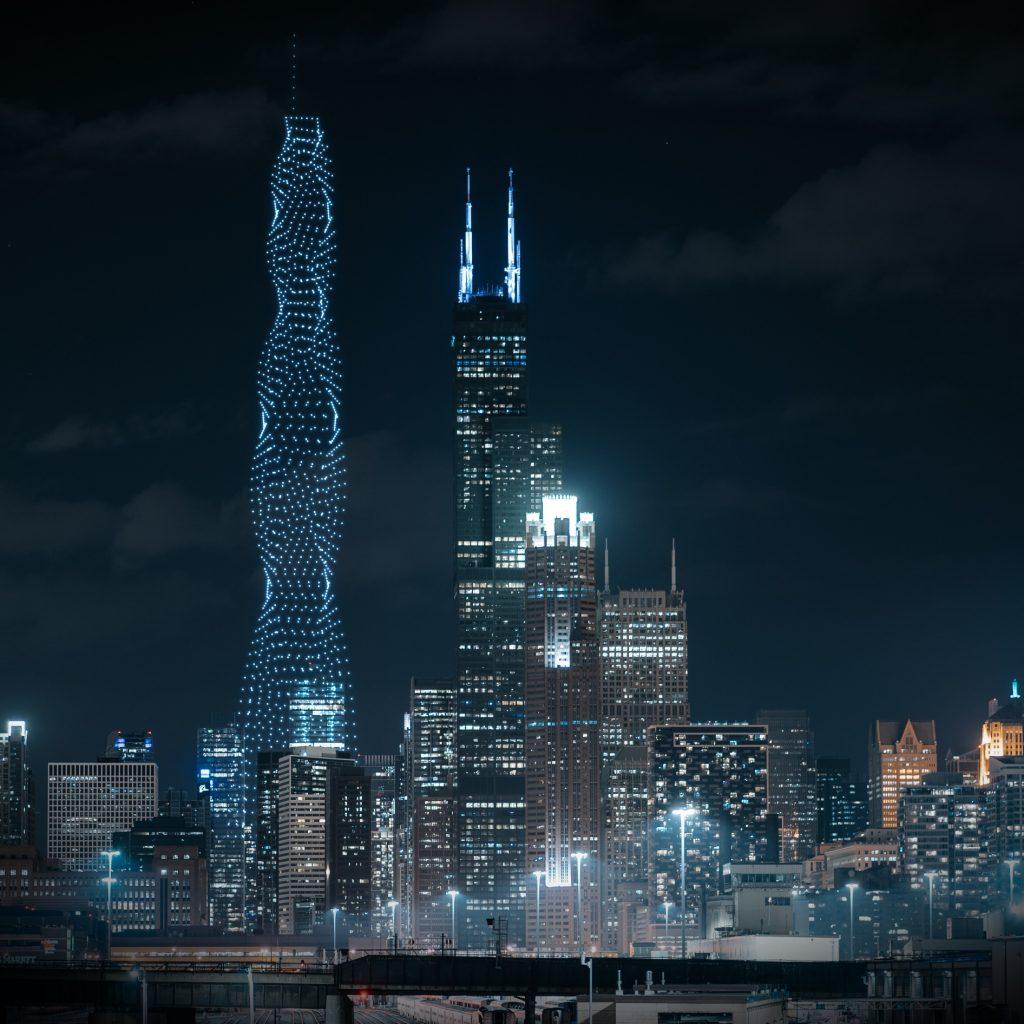 The project has inspired DRIFT to create a spinoff venture alongside its artistic practice that will assist architects and other creatives in fine-tuning concepts for planned buildings by providing them with renderings of what their structures might look like.

“A large building can change the landscape of a city dramatically,” Nauta explained. “We can help visualize how a new structure can enrich a cityscape. It can help to show a local community how their city will look.”

A Disgruntled Tourist Smashed Two 2,000-Year-Old Statues in the Vatican Because He Was Denied a Meeting With Pope Francis