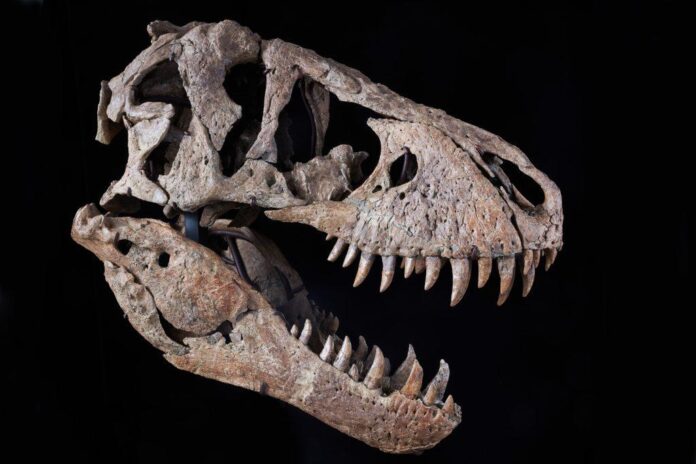 Has the art market passed peak dinosaur? That’s the main question emerging from Sotheby’s December 9 auction, which saw a Tyrannosaurus rex skull sell for $6.1 million, well below its estimate of between $15 million to $20 million.

Until November, the prices collectors were willing to pay for 65-million-year-old fossils appeared limitless. In 2022 alone, a velociraptor skeleton has gone for $12.4 million at Christie’s and a gorgosaurus for $6.1 million at Sotheby’s; even fragments of dinosaurs were drawing record sums with a single stegosaurus spike going for $20,000. We were, it seemed, in a veritable Jurassic bull market.

The first sign of a wobble arrived when Christie’s Hong Kong pulled a T. Rex skeleton, estimated to fetch up to $25 million, days before it was due to go to auction. The reason, though not stated explicitly by the auction house, was the number of replica bones used in the specimen and the misleading nature of the pre-auction promotional material.

Now, in a market often driven by confidence, the enthusiasm for dinosaur fossils may to be cooling. Just as with the Hong Kong skeleton, the Sotheby’s offering, called Maximus, was made up of resin casts from a different Tyrannosaurus rex specimens, though 30 of the 39 total bones were original. 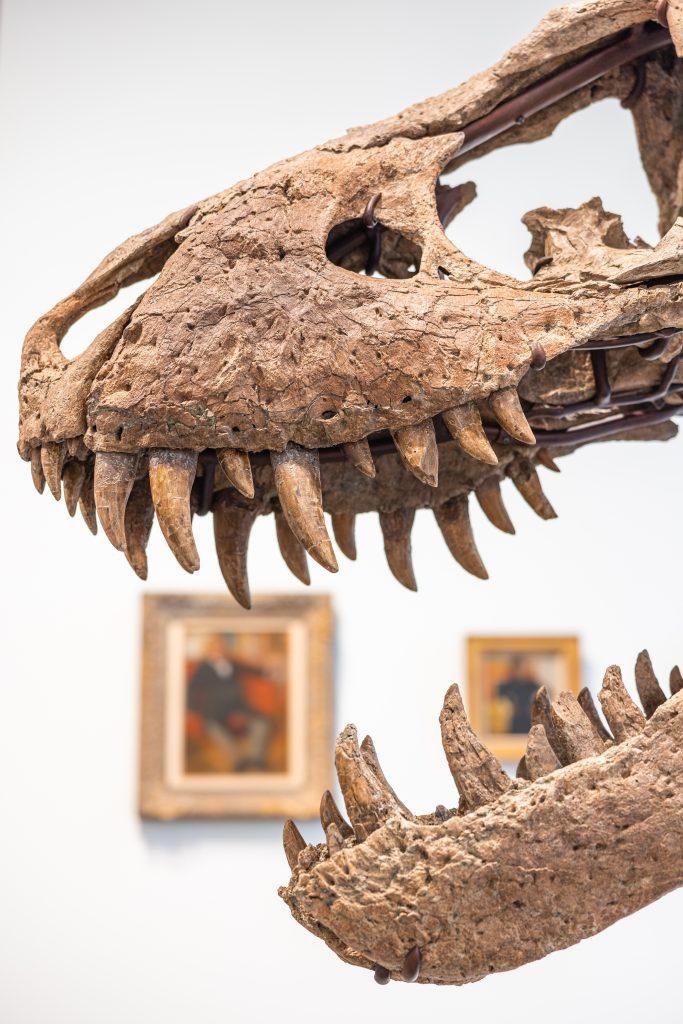 “The estimate was a reflection of how unique the skull is, as well as its exceptional quality,” wrote Sotheby’s in a statement to Artnet News. “But given that nothing quite like this has ever come to auction before, we always intended for the market to determine the ultimate price, and are pleased to have set a significant new benchmark for dinosaur fossils at auction.”

The skull, which weighs in at more than 200 pounds, is that of a large adult male, excavated in 2020 and 2021 in fossil-rich northwestern South Dakota. Beyond the previously established voracious appetite for dinosaur skeletons, the price estimate was explained by the fact all other specimens of its kind and quality are housed in museums. Furthermore, the likelihood of similar fossils coming to auction was slim, Sotheby’s said, since the main sites for such fossils outside of the U.S.—China, Canada, and Mongolia—do not grant export permits for dinosaur skeletons of this nature.

The boom in demand has drawn public pushback from paleontologists who worry about the disappearance of value research fossils into private hands. Despite the recent underperforming sales from Christie’s and Sotheby’s, it’s unlikely these concerns will have been appeased.

U.S. Museums Will Now Be Required to Post Pay Ranges for Job Listings on the Top Professional Organization’s Website