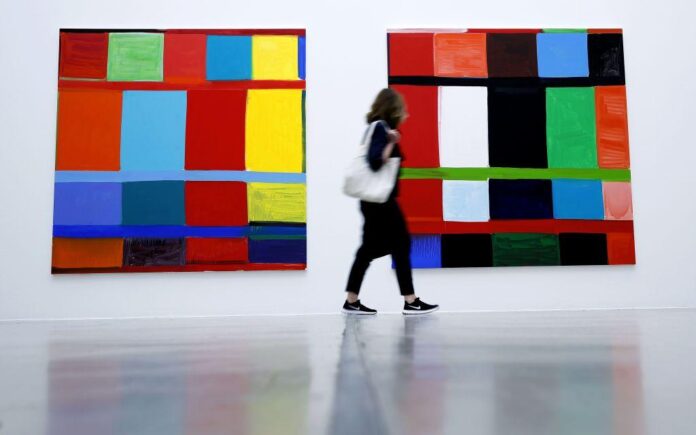 During the throes of Art Basel, Gagosian made a big announcement: It was adding the septuagenarian abstract painter Stanley Whitney to its roster. Whitney parted ways with Lisson, which had represented the artist since 2015. He will be the subject of a solo exhibition at Gagosian’s Grosvenor Hill space in London next year.

Based in New York and Parma, Italy, Whitney is best known for his colorful grids of rectangles. The abstractions—which always show the hand of the painter, with gently undulating rather than straight lines—draw on minimalism, Color Field painting, and process-based abstraction. Whitney has also cited ancient Roman and Renaissance architecture, Old Masters, and improvisational jazz music as influences.

The mega-est of galleries has added Whitney to its stable at a time when his market has been on the up, and off the back of the opening of an important exhibition of his work in Venice coinciding with the Biennale. We took the news as a prompt to delve into artnet’s price database to see what we could find out about why Whitney’s market is enjoying a late-career spike. 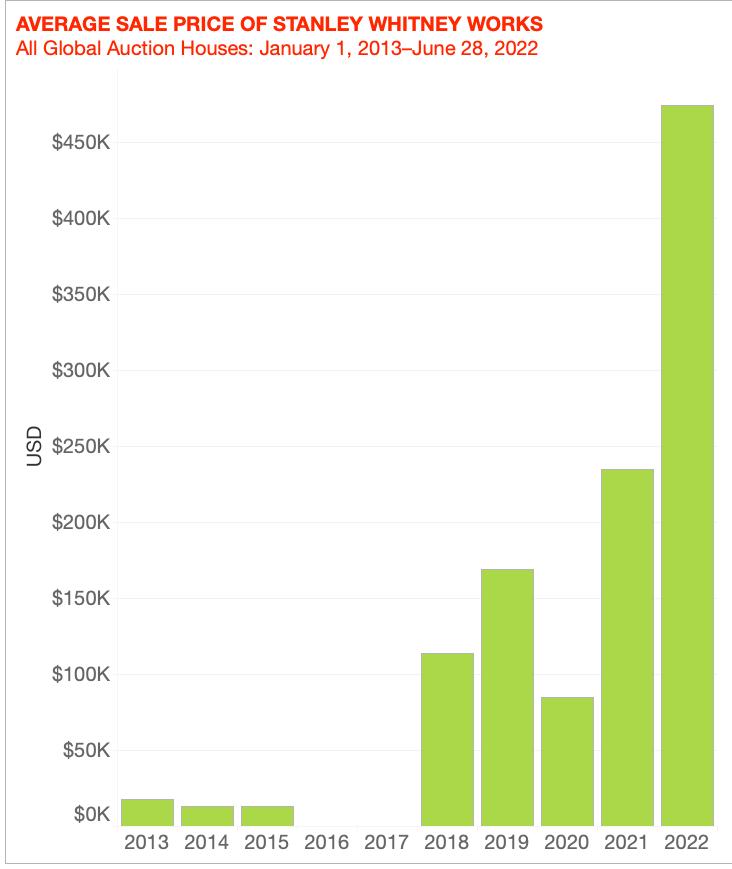 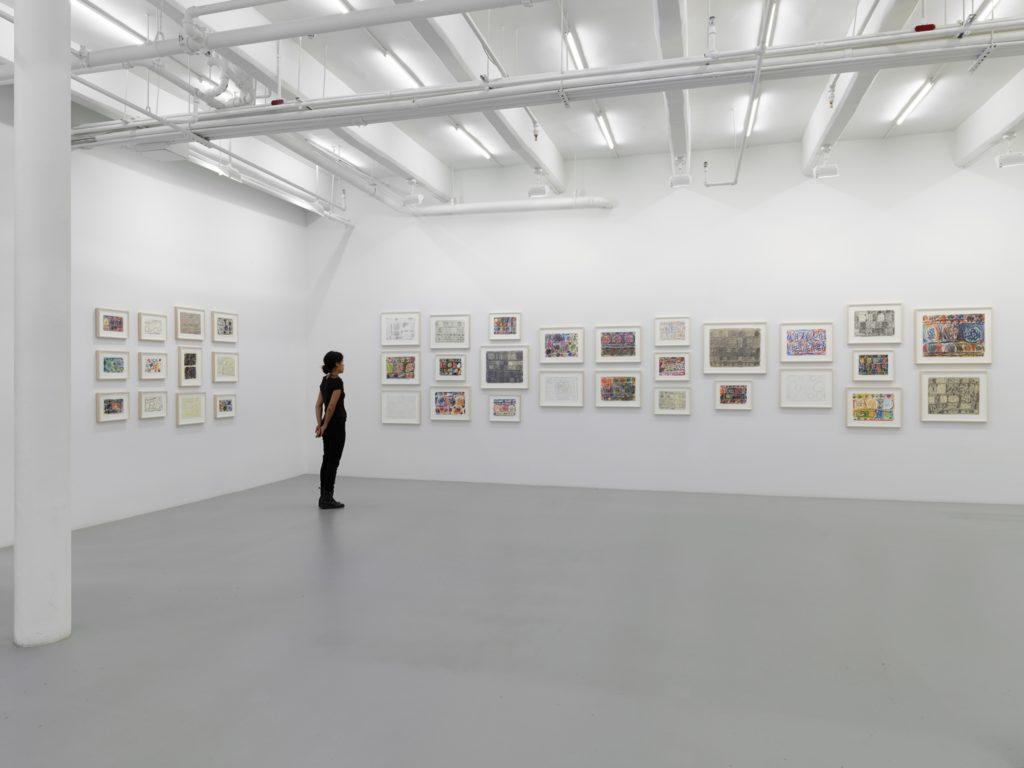 Since the 1970s, Whitney has remained steadfast in his commitment to and development of a visual language all his own—despite the fact that it took a while for him to garner the respect he deserved among institutions and the art market. He pursued abstraction at a time when Black artists were largely celebrated for representational work, and created in relative obscurity for decades.

Now, the rest of the art world has finally caught up. One might wonder whether a looming recession is poised to undo the long-awaited recognition. In 2021, auction prices spiked across the board in response to market injections from those who made a lot of money during the pandemic or through the booming stock and crypto markets. As these markets crash and inflation soars, we are beginning to see a bit of a correction. Nonetheless, the ingredients are there for Whitney to survive a wider recalibration: existing market buzz will be confirmed by further institutional recognition, which will no doubt be further encouraged with the help of mega-gallery representation.

Shifting galleries is also a surefire way for an artist to raise prices, so expect to see a readjustment on the primary market soon. And with more critical eyes and resources on his existing inventory, it is very possible that underexposed historical bodies of work will materialize, and offer enough supply to fuel further market growth.