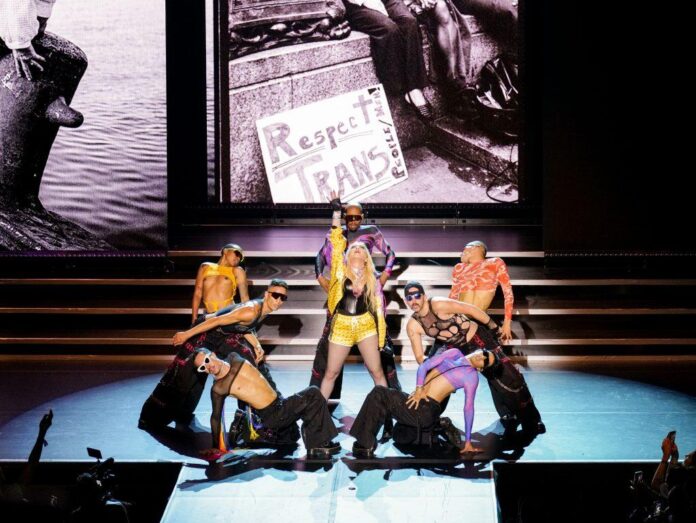 The tag line for NFT project World of Women’s combined Pride party and Madonna concert last week was “Finally Enough Love,” the title of her new remix album. For me, it may as well have been “Finally COVID.”

After nearly two-and-a-half years of successfully avoiding the virus, I popped hot on Sunday night, approximately 72 hours after attending the crowded event at Manhattan’s Terminal Five. Just across the Triboro Bridge in Astoria, my brother, my plus one to the event, also tested positive for the first time.

It might have been worth it for a full-on Madonna concert, but it turned out to be more of a Madonna-and-friends variety show.

The evening was emceed by Bob the Drag Queen with a score of other fabulously dressed co-performers, lip-syncing and dancing to “Vogue” and “Bitch I’m Madonna.” For most of this action, the actual Madonna remained tantalizingly out of view. 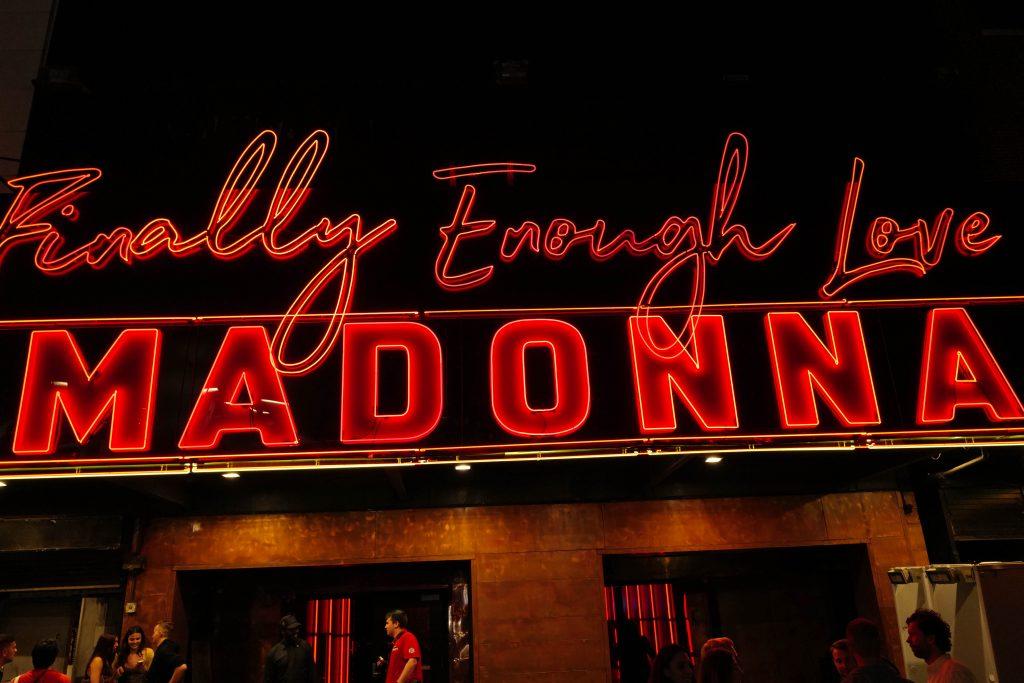 Her limited time on stage included a duet with rapper Tokischa on a mashup of the latter’s “Linda” and Madonna’s “Hung Up,” as artist Marilyn Minter’s video playing behind them.

In shades of 2003 VMAs, Tokischa and Madonna then proceeded to make out. In fact, Tokischa one-upped Britney Spears by first dropping to her knees and burying her face in Madonna’s crotch.

The performance ended, far too soon, with a group number set to the pop star’s 2009 hit “Celebration.”

My brother and I were, I suspect, the only guests at the packed event wearing masks—sequined ones, in honor of the occasion, on top of KF94s. (I am rarely fashionable enough for event photographers to approach me, but he seemed to appreciate our glittery, if ultimately futile, nod to COVID safety.) 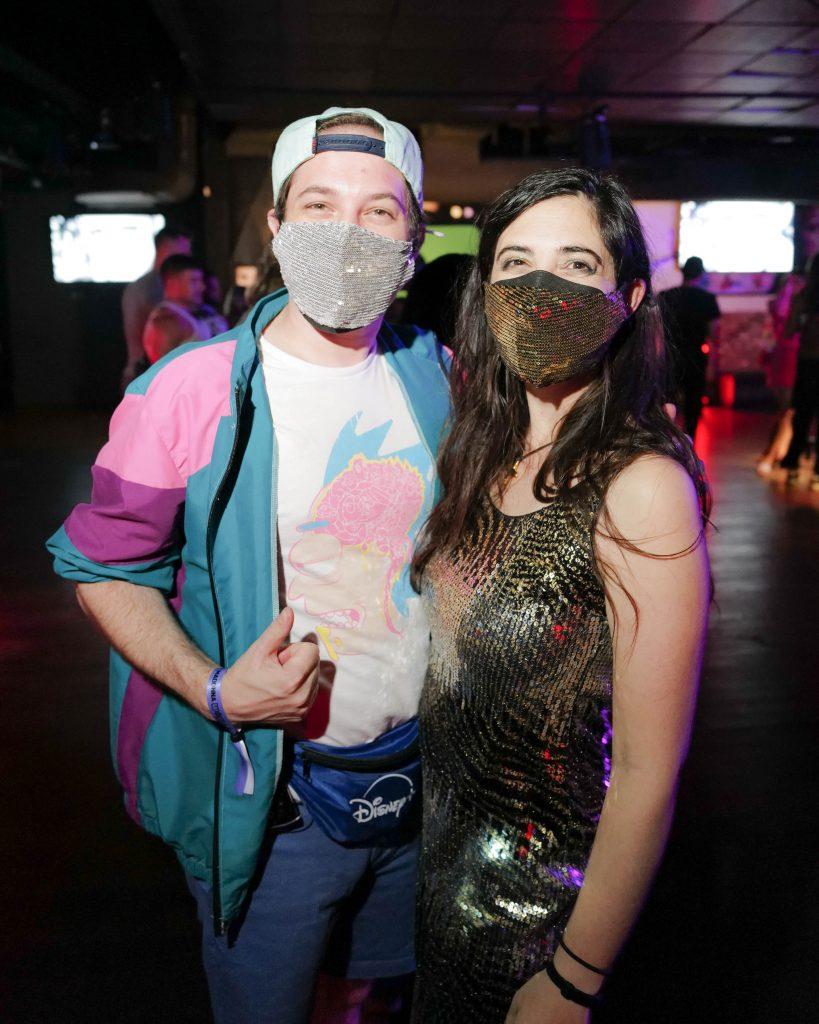 Also on hand were actors Julia Fox and Zachary Quinto, DJ Leigh Lezark, executive director Derek Blasberg, and fashion designers Christian Siriano and Alexander Wang. I’m not sure whether all of these stars are actually WoW holders, even though the event was billed as an exclusive gathering for those who own NFTs from the collection.

There were, to be fair, a few women in colorful wigs and full body face paint, in costume as the World of Women NFTs. I’m actually not sure whether these were real fans or models paid to attend. 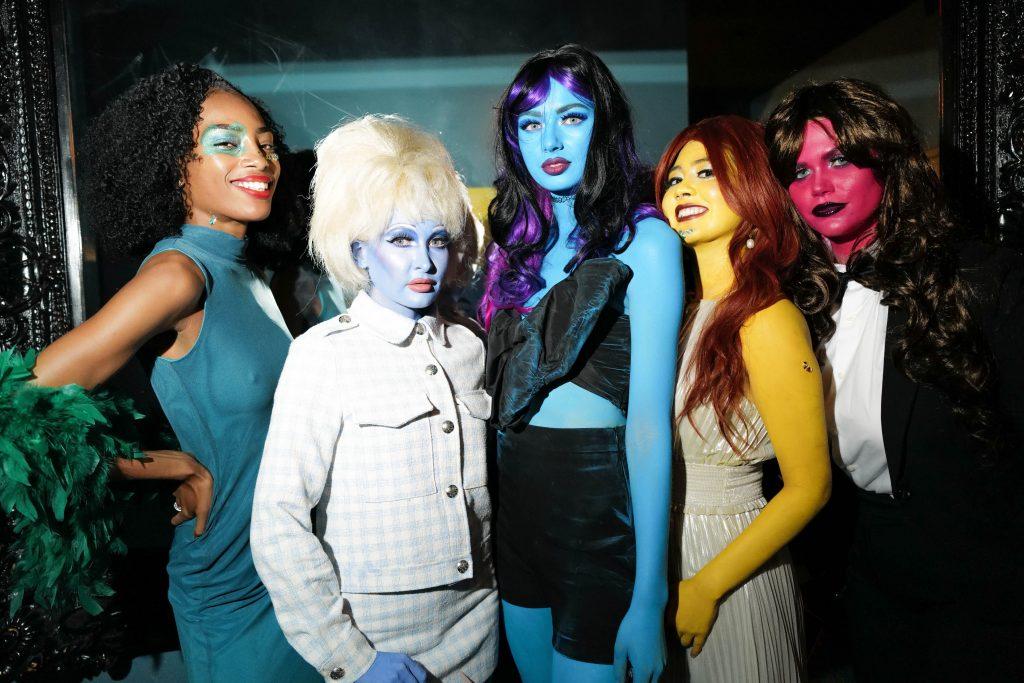 Guests in costume as World of Women NFTs at the Wow Finally Enough Love party with Madonna. Photo courtesy of BFA.

“I don’t know anything about that,” comedian Billy Eichner, star of the forthcoming LGBTQ rom com , told Artnet News when asked if he owned one of the 10,000 colorful digital artworks of cartoon women designed by WoW founder and illustrator Yam Karkai. “I’m too old for NFTs.”

The WoW logo was prominently displayed on the sides of the event marquee. Still, it was Madonna’s World: Most of the venue was decked out with Madonna-centric posters and video screens, with only a short ad cycling through a pitch for some kind of multiverse that my brother described as “ with a rainbow filter.”

Madonna herself seemed blithely uninterested in promoting the NFT line, focusing her remarks during the performance instead on New York and the LGBTQ community, with nary a mention of WoW or the NFT NYC conference that had just concluded over in Times Square. (Two WoW NFTs were transferred to her wallet the day of the concert.)

What an honour to host #WoWFinallyEnoughLove, a celebration of Pride, on the closing night of NFT NYC with queen @madonna! 💜✨

Thank you WoW family for being a part of this journey, we hope you had the experience of a lifetime 🌈 pic.twitter.com/iHAo63R1hV

“New York City [is] the best place in the world because of the queer people here,” Madonna told the crowd in between songs. “Let me tell you something, if you can make it here, then you must be queer.”

The singer recently released her first NFT, in collaboration with the artist Beeple, who put the concept of NFT art on the map (to surprisingly modest returns, sales-wise, for a team up between two such big stars). It seems likely that Madonna was roped into the WoW event by her manager, Guy Oseary, who added the NFT project to his roster in January and had the singer immortalized in a WoW style portrait for an NFT magazine cover project with . (The NFT and celebrity world have become quite entangled.) 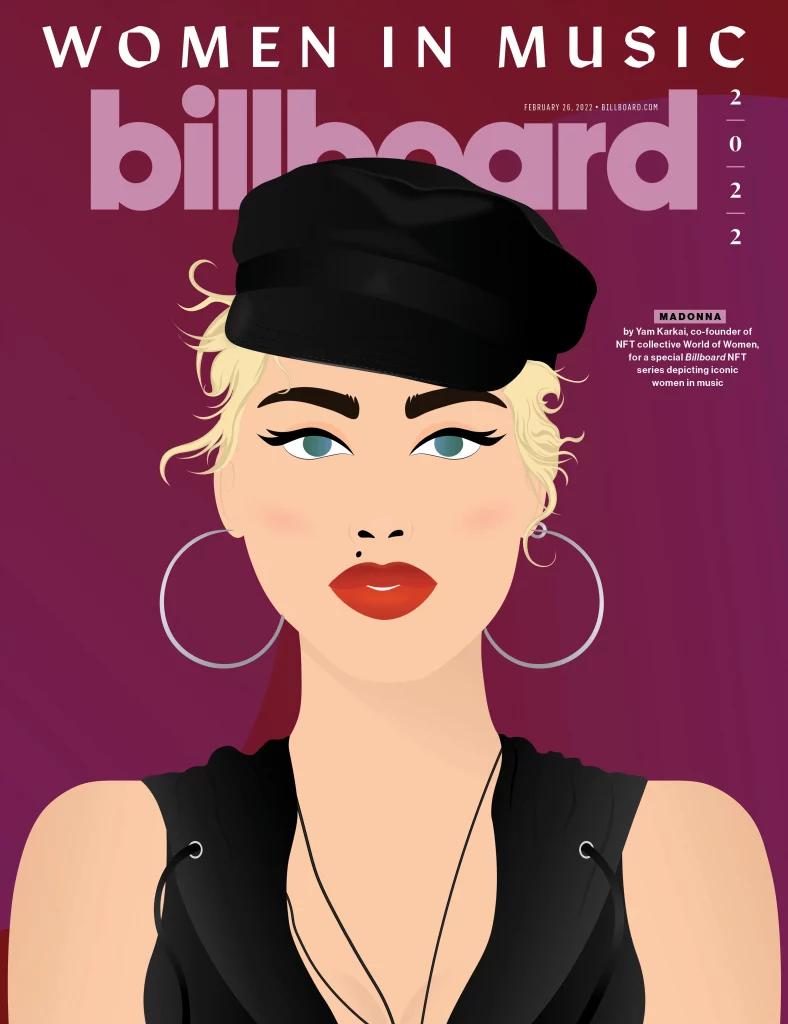 Madonna as a World of Women NFT on the cover of in February 2022 for the magazine’s Women in Music series. The artwork is by Yam Karkai, co-founder of the WoW NFT project. Courtesy of .

The floor price of a WoW NFT is way down from its highs earlier this year. Still, WoW’s doing OK. It has since signed a television and film production deal with Reese Witherspoon’s female-focused media conglomerate Hello Sunshine, and just this week announced that it will partner with Hasbro on the first NFT Monopoly collaboration. And Witherspoon, Eva Longoria, Selby Drummond, and Shonda Rhimes all have (or had) Twitter avatars of their WoW NFTs.

But I didn’t learn any of that at WoW’s big NFT NYC party, where I was expecting at least more lip service about the WoW community and how its members had gotten such special access to an exclusive event via their piece of digital art. NFTs were, at best, window dressing here.

I did, however, finally catch COVID.

See more photos of the performance below. 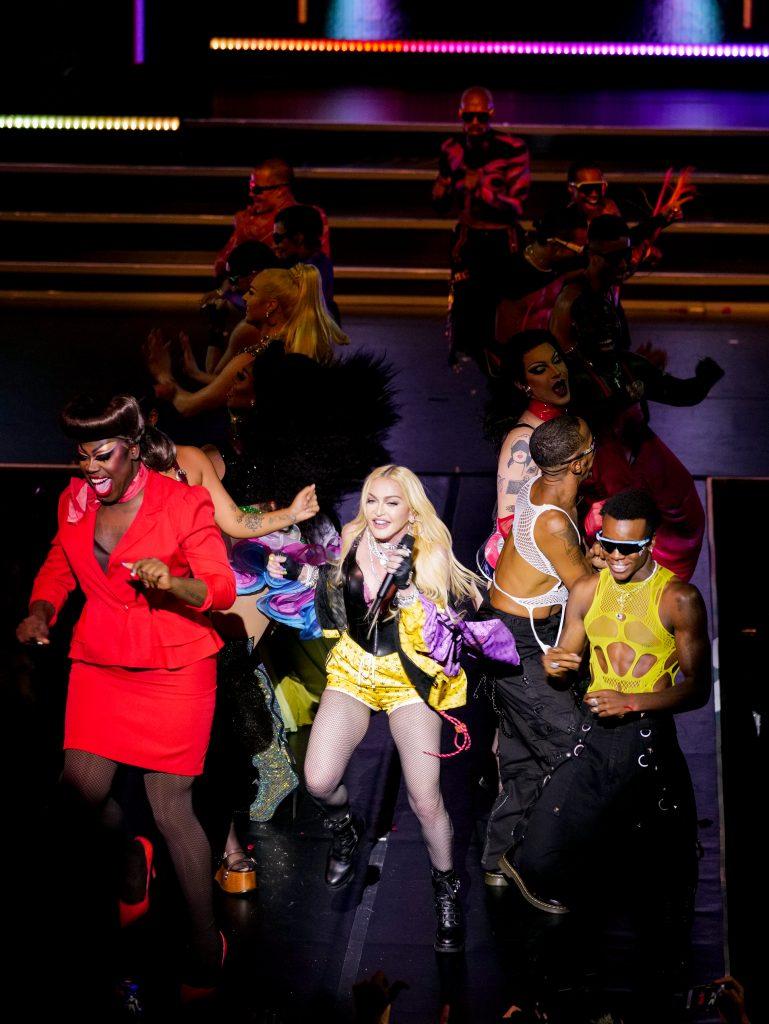 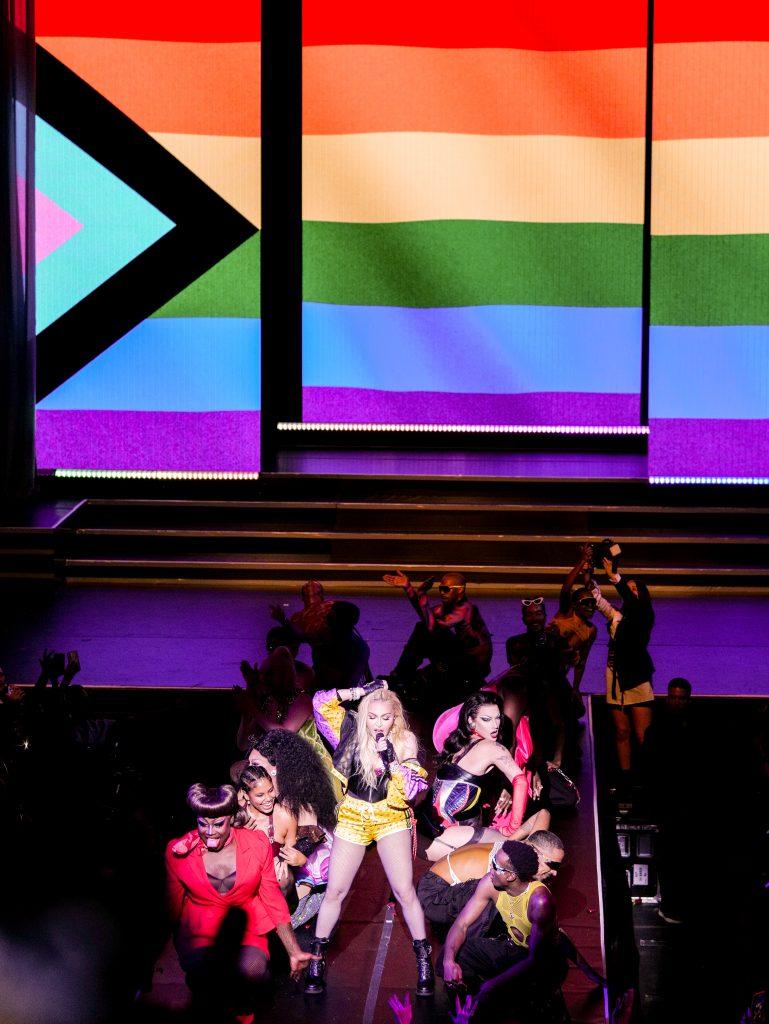 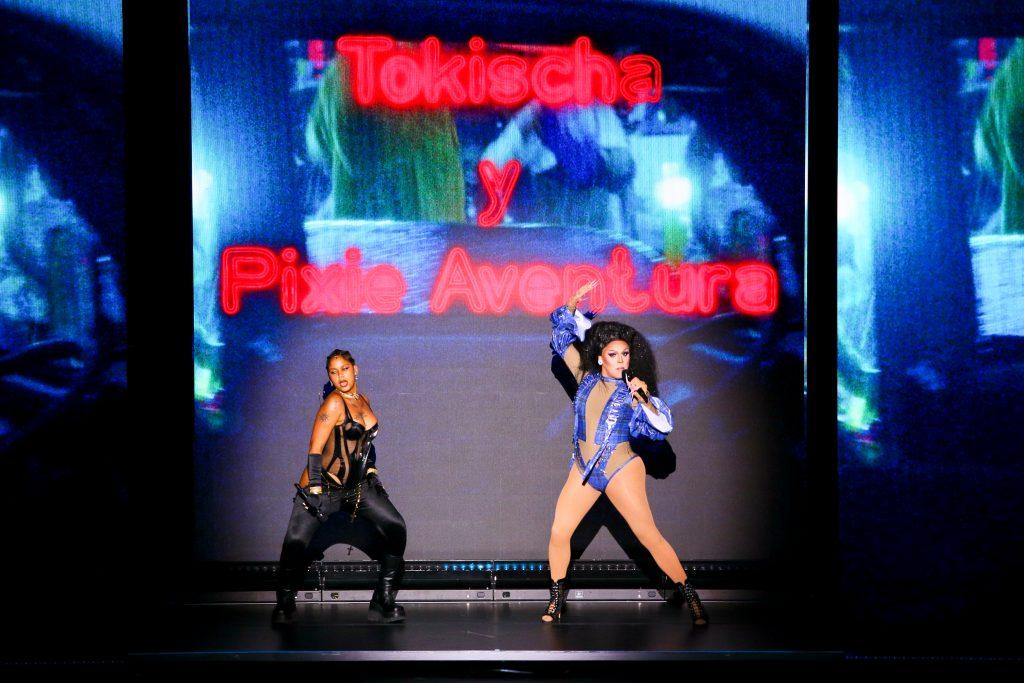 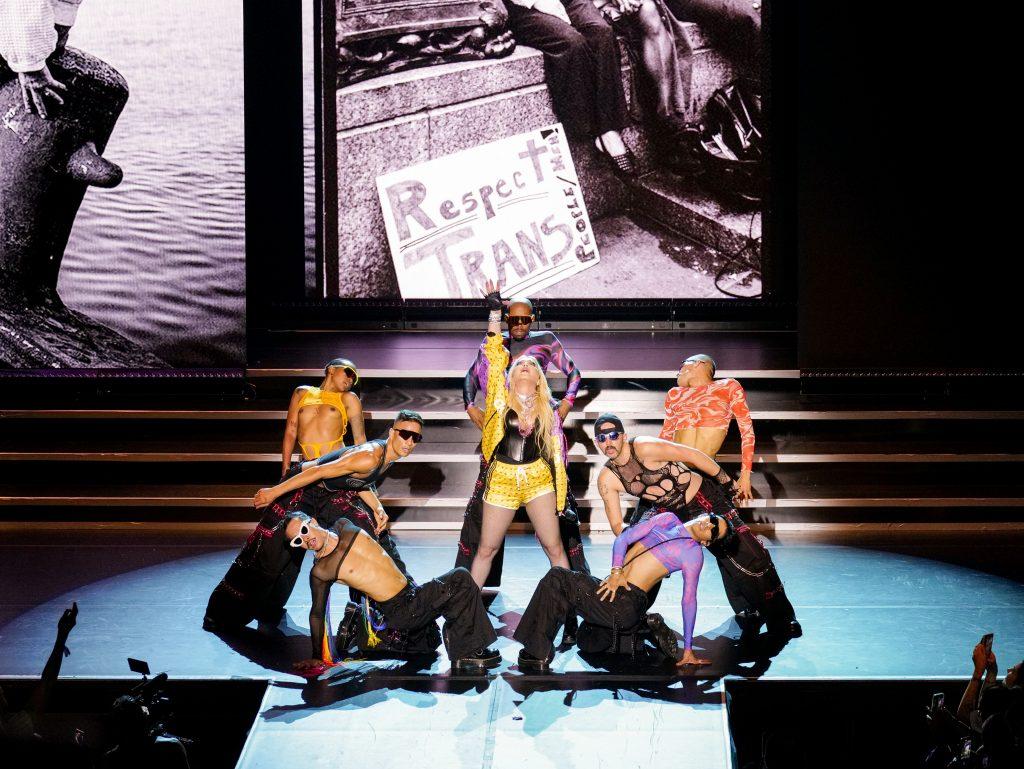 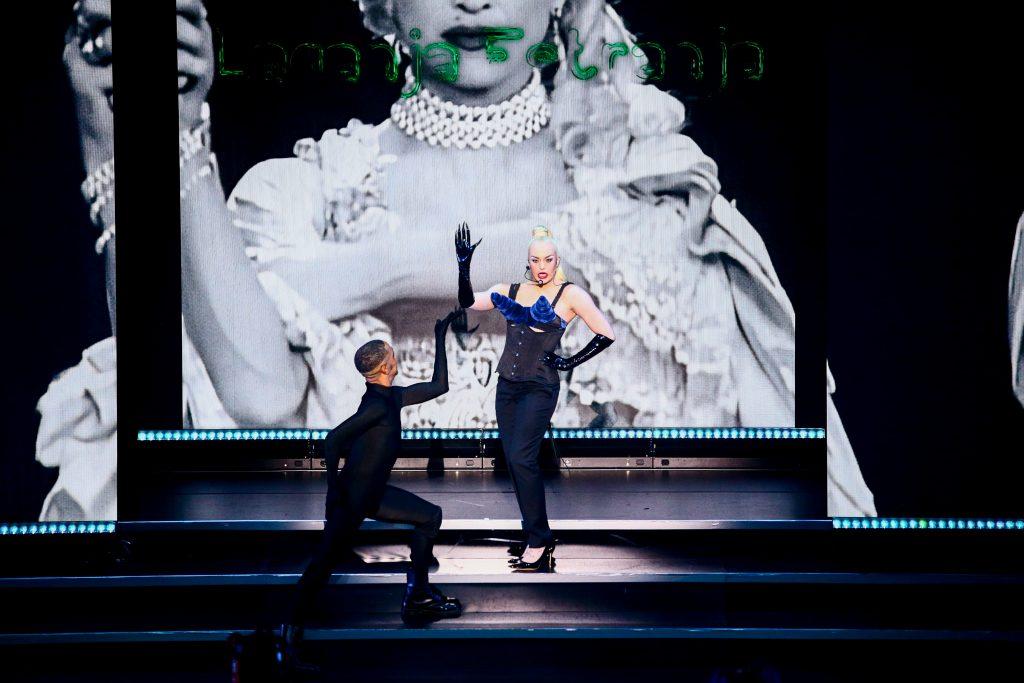 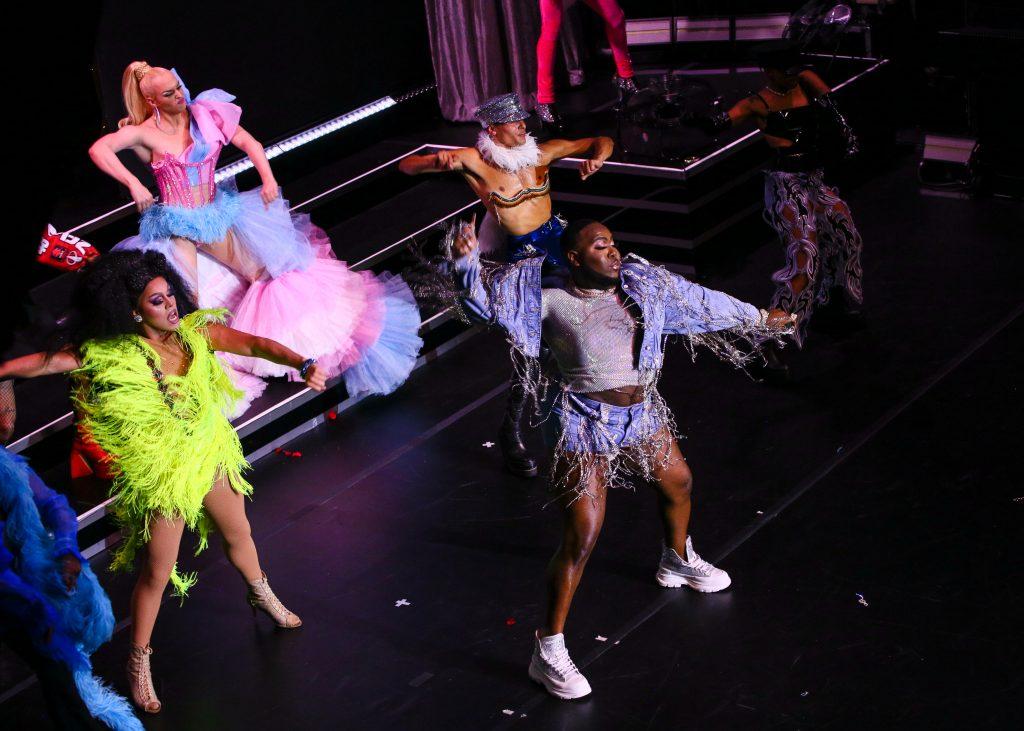 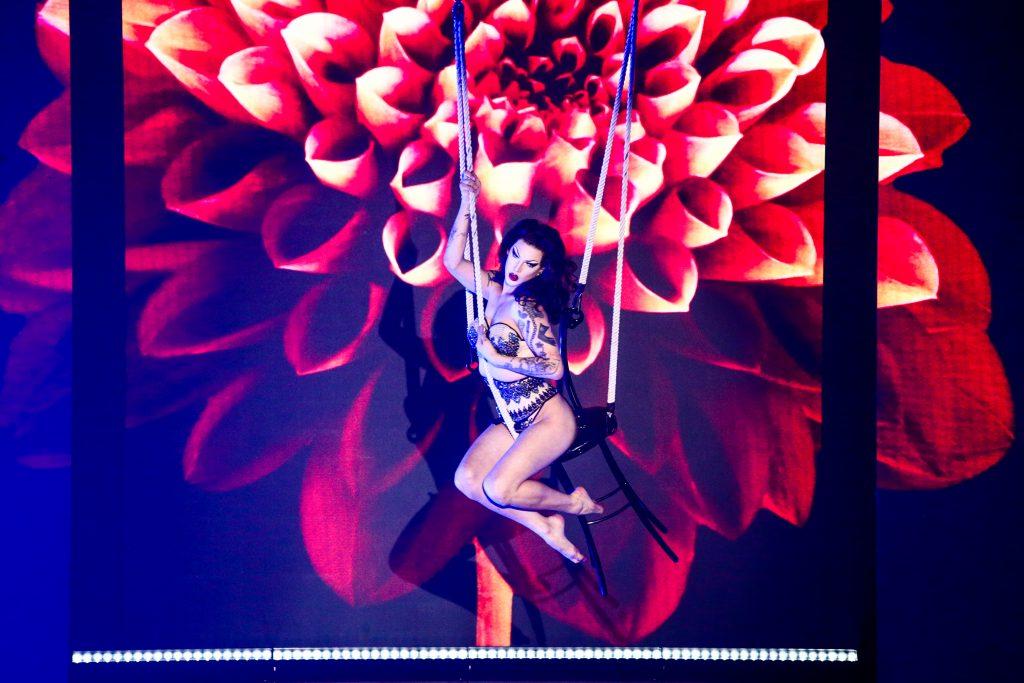 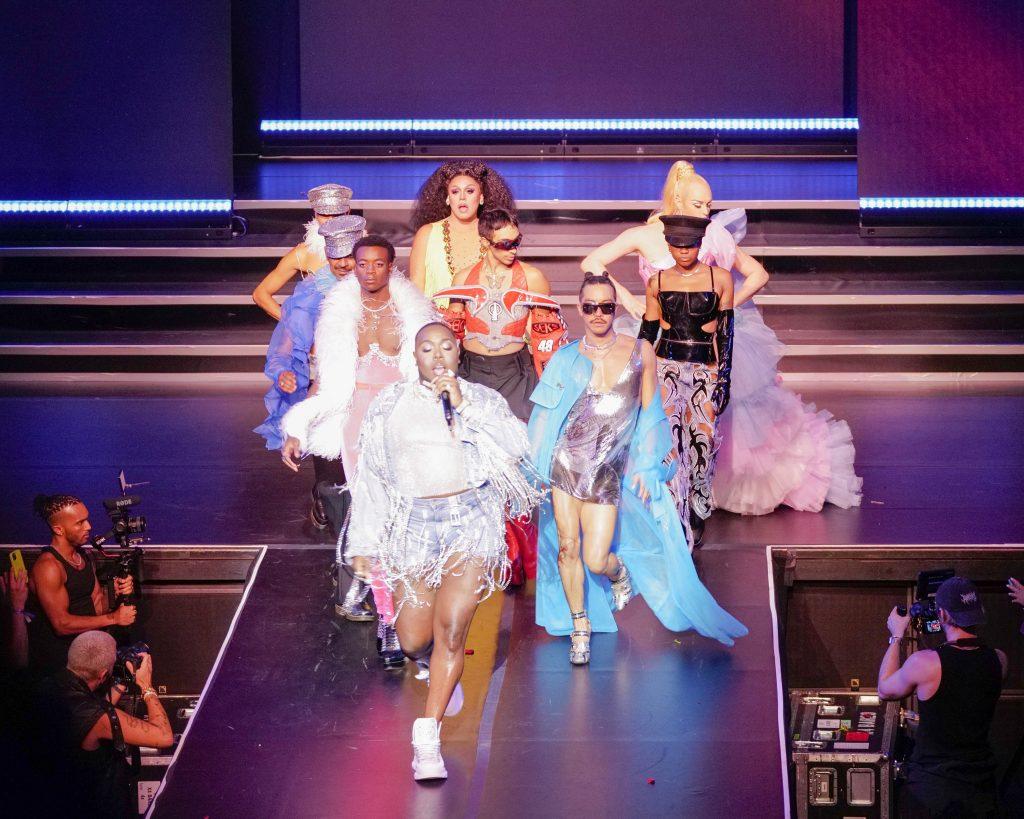