Home News The FBI Found a Mosaic Believed to Have Been Missing for a... 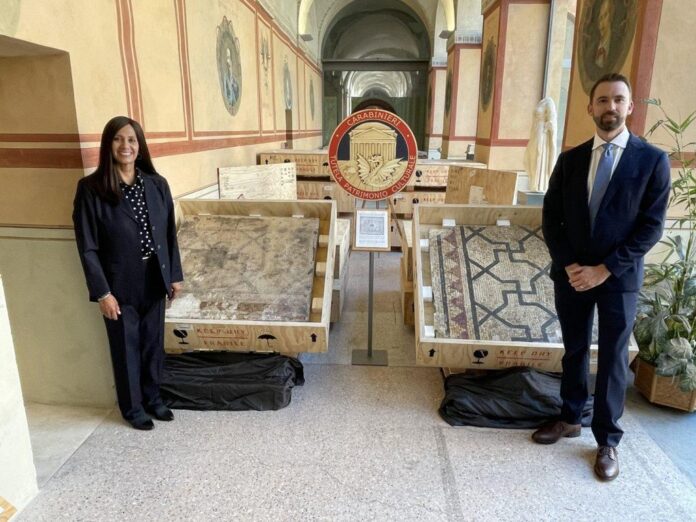 An ancient Roman mosaic depicting the mythical figure Medusa is back in Italy thanks to a tip to the FBI Art Crime Team. The 2,000-year-old artwork arrived in Rome from Los Angeles in April, as much as a century after it left the country.

“The mosaic was handcrafted from an age where people put an amazing amount of care and effort into it. It really speaks to the ingenuity and creativity of the time,” FBI special agent Allen Grove said in a statement. “It’s not meant to be in Los Angeles. The mosaic belongs to the people of Rome.”

The work had been quietly stored in and L.A. warehouse since the 1980s, chopped up into 16 pieces, each weighing 75 to 200 pounds. There were some termites in the wooden shipping pallets used to stack the 2,000-year-old artwork, but it was otherwise in good condition—the facility, thankfully, was climate controlled.

In 2020, an art attorney reached out to FBI Art Crime Team special agent Elizabeth Rivas about the piece on behalf of an anonymous client. 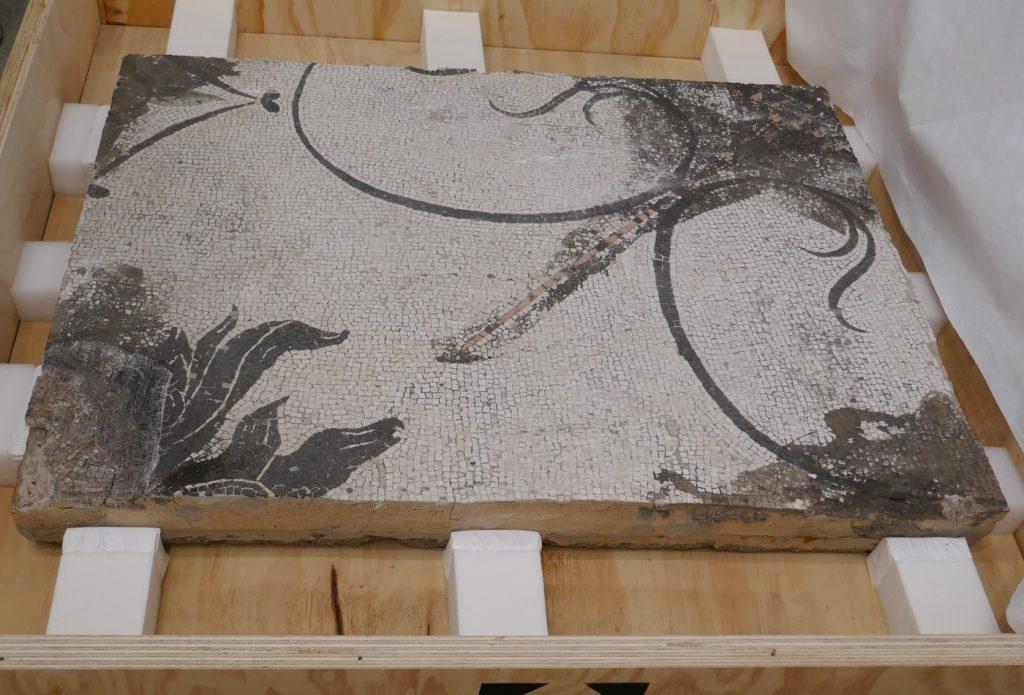 “We were very happy they contacted us,” she said. “If they hadn’t, it could’ve been in storage for another hundred years. It’s a successful example of how we can work together to get pieces back to where they belong.”

The U.S. has repatriated numerous Italian antiquities over the past year, including a cache of 142 artifacts, many from the collection of hedge-fund billionaire Michael Steinhardt, in June. That followed 200 looted antiquities, one of which was reportedly sold to Kim Kardashian, returned in December.

The nation recently opened the Museum of Rescued Art in Rome to display recovered pieces once they are back on Italian soil.

The mosaic turned over to the FBI didn’t have a provenance, so Rivas teamed up with Grove to track down its origins, which a local art expert suspected were Italian or Northern African.

It turns out the piece may have been missing for a 100 years—the art squad at the FBI’s Italian counterpart, the Carabinieri, found cultural property records for the mosaic that dated back to 1909. The only other record that turned up was a 1959 ad offering it for sale in Los Angeles.

Packing and shipping the massive work was a task unto itself, going through diplomatic channels. The owner agreed to pay for custom shipping crates to ensure the mosaic’s safety during its long journey overseas, which took place in April.

“We worked with the owner and made sure we documented the condition and had everything we needed to ship it back to Italy,” Grove said. “We then worked with the Italian consulate here in Los Angeles. This is something of great interest to Italy; they came and inspected the mosaic and helped us facilitate the logistics of actually getting it back to Italy.”

Next up, reports CNN, the work will be restored before going on public view in its rightful home—a happy ending after so many decades in the shadows.