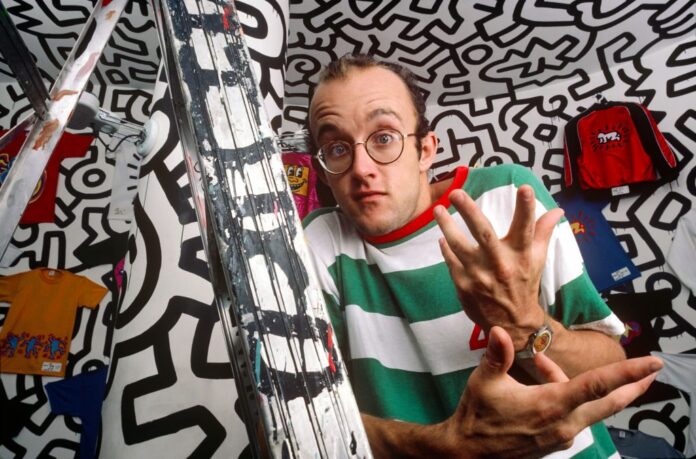 As healthcare rules and regulations continue to tighten and change, art institutions and galleries are working hard to create engaging programs that can be safely experienced. From limited visitor shows and strict booking systems to virtual walkthroughs, videos, and image archives available online, there is still a lot to expect in 2021.

We want to highlight the seven best museum exhibits not to be missed in the USA this year.

The Fenimore Art Museum in Cooperstown, upstate New York is probably best known for its collections of American Indian and folk art. This summer, however, it went mainstream with Keith Haring’s huge current art exhibition featuring over 100 of the artist’s works rented from a private collection.

The current art event showcases Haring’s short but rewarding career – emerging from the New York graffiti scene in the 1980s and transforming him into a pop art prodigy – as illustrated in his energetic lithographs, drawings, paintings, and silkscreens.

The new art exhibition also focuses on his social activism on issues such as drugs, racism, and AIDS. To introduce young people to Haring’s work, admission is free for anyone under the age of 20.

Dawoud Bey has spent over four decades photographing African Americans in their local communities to create a collection of works with a rich sense of history and identity. Teens are his favorite subject.

He once said that his interest in young people stems from the fact that they are the arbiters of style in society. Their appearance speaks most of all about how a community of people defines itself at a particular historical moment.

In 2002, Bey was awarded the John Simon Guggenheim Memorial Foundation Fellowship. In 2017 he won the MacArthur Fellowship, also known as the Genius Grant. It is awarded annually to select individuals who have shown extraordinary originality and dedication to their work.

An American Project, which includes nearly 80 works and is Bey’s first retrospective in 25 years, explores his career between 1975 and 2017, from early 35mm street images around Harlem to his recent multi-panel studio portraits, is undoubtedly one of the best museum exhibits this year.

Have you ever dreamed of getting inside a Van Gogh painting? With cutting-edge technology and the use of nearly 150 projectors, the Indianapolis Museum of Art offers the opportunity to stroll among its brushstrokes this summer.

To add to the multi-sensory experience, the show includes a specially designed soundtrack, art-appropriate flavors, and even a Van Gogh-inspired food and drink menu. It’s hard not to wonder what an artist who is known to have sold only one painting during his lifetime would have made his popularity today.

Ulysses Jenkins: Without Your InterpretationInstitute of Contemporary Art, University of Pennsylvania, Philadelphia

After a brief stint as a mural painter and art therapy teacher at the Los Angeles County Probation Department, Ulysses Jenkins turned to video art in 1972 when he was introduced to consumer-grade portable recording equipment.

Since then, the artist has dedicated his career to video art. He has created archival footage, photography, performance art, and music to explore the experiences of the African diaspora in the United States.

His mission, he said, was to control how filmmakers portray Black’s experience.

The upcoming art exhibit at the Institute of Contemporary Art at the University of Pennsylvania in Philadelphia is the first story of Jenkins’ major retrospective and three years of intense curatorial research, including studio visits, a digitized archive, and many conversations with his collaborators. including artists Kerry James Marshall, David Hammons, and Senga Nengudi.

Private Lives: Home and Family in the Art of the Nabis, Paris, 1889-1900Cleveland Museum of Art, Ohio

Inspired by Paul Gauguin, the Pre-Raphaelites, and the growing power of symbolism, The Nabis used expressive color to create the art of suggestion and emotion.

This new museum event will focus on numerous depictions of Nabi family life. According to the curators, “this inner world was not always what it seemed: hidden secrets, hidden affairs and family tension lurking under the surface, forcing the viewer to build an unspoken narrative.”

Barbara Kruger: Thinking of You. I Mean Me. I Mean YouArt Institute of Chicago, Chicago

“Rich people’s jokes are always funny,” wrote Barbara Kruger on the wall of the museum in 2010. The rebellious feminist artist has been battling society’s ills with bold statements for more than 40 years. Her slogans have appeared on T-shirts, buses, and building facades, other words on everything.

They were printed in black, red, and white in her signature Futura Bold Oblique.

Perhaps her most famous work is the “Your Body is a Battlefield” poster, which she designed for the 1989 Washington Women’s March. We can say that this is one of the best art exhibitions of this year.

Adam Pendleton: Who Is Queen?Museum of Modern Art, New York

Adam Pendleton rose to fame in the mid-2000s for an ongoing series called Black Dada, in which he raised questions about where African American aesthetics fit into avant-garde history. Since then, the New York-based artist has become an important cultural critic for his politically charged works.

A Short History of Abstract Art