Home News Where to see art gallery shows in the Washington region? 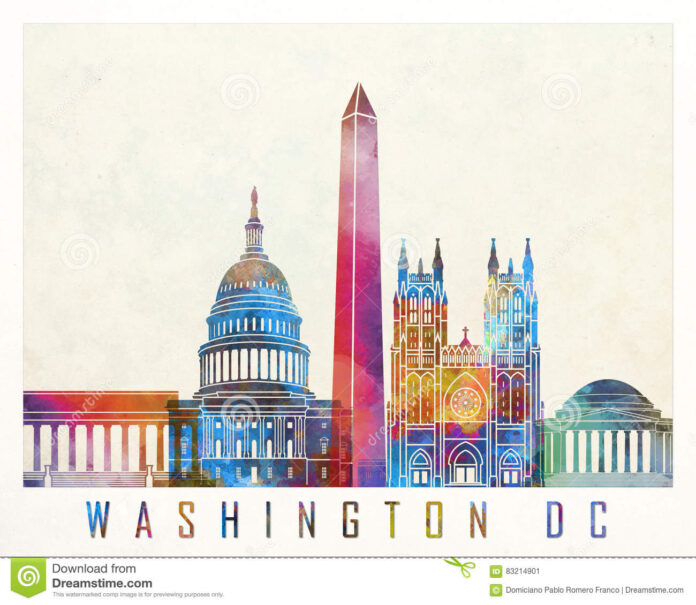 Though Washington, DC is better known for its political environment, the city has the status of a national arts center. Washington is home to some of the finest exhibition spaces in the US. The most progressive curators and art gallery owners present a first-class program of contemporary art exhibitions.

So, let`s take a look at must-visit contemporary art museums in Washington DC.

The Hirshhorn Museum in Washington is undoubtedly one of the finest contemporary art museums in the United States. The art museum was

founded in the 1960s by the private collection of collector Joseph Hirschhorn. The art space exhibits works by some of the greatest masters of modern art, including:

Temporary exhibitions featured iconic works by Andy Warhol, Yves Klein, and Ai Weiwei. The sculpture garden displays works by Auguste Rodin, Jeff Koons, and Alexander Calder in a peaceful outdoor setting. The controversial cylindrical shape of the art museum building is also, perhaps, a work of art in itself.

The Phillips Collection, which houses over 3,000 works of art, was the first contemporary art museum to open in the United States. This impressive Washington art gallery space is home to the works of classical masters such as Vincent Van Gogh, Paul Cezanne, and Pierre-Auguste Renoir, as well as the contemporary wonders of Paul Klee, Georgia O’Keefe, Alfred Stieglitz, and Ellsworth Kelly.

Rothko Room is one of the most famous features of this art space. This is a separate space, designed in collaboration with the artist himself, in which visitors can see four hypnotic paintings by Rothko.

A temple of French Impressionism and modern art, the Phillips Collection is a must-see for modern art lovers.

Go for a walk through the National Gallery of Art and you will see it is a real journey through history. The art gallery is the house for one of the largest art collections in the world. It includes artworks from the Middle Ages to the present day.

It is based on 21 wonderful paintings that private collector and NGA founder Andrew W. Mellon bought in the USSR in the 1930s at a time when the Soviet government was selling some of the best masterpieces of the Hermitage to finance the country’s industrialization.

Art historian Marsha Perry Matekja opened her art gallery in a historic stone house back in 1983. Over 30 years of experience, she has presented some of the city’s finest exhibitions, maintaining a working relationship with the best art museums in the District of Columbia.

The Washington art gallery features works by 20 artists, including the late Gene Davis. Davis was a member of the Washington School of Color, a group of artists from the 1950s and 1960s who painted their canvases in stripes or margins, each painted in one flat, bold shade. Next to Davis is Sam Gilliam, an established artist also associated with the Washington School of Color, and Jae Ko, one of the most respected local artists, who create curved shapes with just a roll of ink paper.

Opened in 1999 as Conner Contemporary Art, ConnerSmith has since become an important part of DC’s contemporary art scene. ConnerSmith, which covers 12,000 feet of exhibition space, mainly showcases abstract and conceptual works of social significance. The Washington art gallery pays special attention to the promotion of young artists on an international scale and to this end has contributed to the creation of the local Emerge Art Fair.

The gallery’s collection of Chuck Close’s work is one of her greatest strengths. Known for his large-scale portraits, often full-length, Chuck Close has portrayed the human face using a variety of techniques and an astounding level of photorealism.

Part of the DC art scene since 1993, Hemphill is a commercial gallery featuring talented artists, sculptors, and photographers. The list of exhibition spaces includes the Dutch artist Willem De Luper, whose work is associated with the Washington School of Color, and the American multimedia artist William Christenberry.

Over the years, Hemphill art gallery has staged a number of socially, culturally, and politically significant shows, such as a series of photographs by Paul Fusco showing the journey of a train carrying Robert Kennedy’s body across the United States.

Since the new millennium, many exhibition halls have opened on Washington’s 14th Street. Among this string of new art galleries is Project 4, which features some of the most promising local and national artists. The Washington art gallery offers an ultra-modern take on American contemporary art, featuring multimedia artists such as Margaret Boozer and Thomas Mueller, who are known to work with less traditional materials.

All artists represented by the art gallery are united in their innovative visions are striking aesthetics.

The Washington art gallery is located in the Lower Adams Morgan neighborhood of DC – an area that hosts several cultural venues. Every two years, the art gallery staff curate a series of traveling exhibitions for the so-called * pop-up project, which, as the name suggests, is a pop-up art project throughout the city.

Art Whino is located on the waterfront in the National Harbor. The Washington art gallery specializes in “low-key art”, an art movement that draws inspiration from underground and pop culture. Showcasing work inspired by street art, graffiti, and pop art, the gallery regularly promotes public murals outside and outside the city.