Home News The New Title Sequence for ‘The White Lotus’ Is a Sexy Romp... 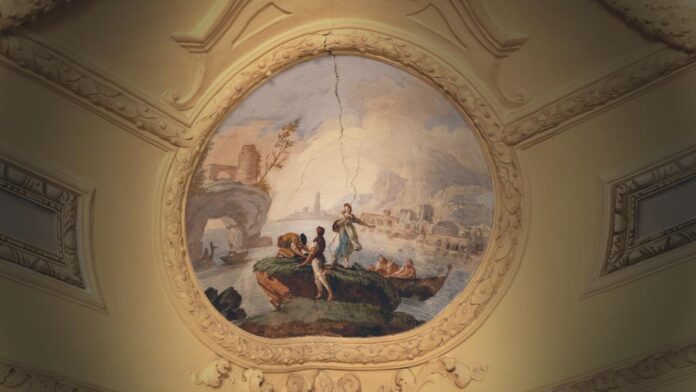 “A bedroom farce with teeth” is how the filmmaker Mike White describes the second season of his dark comedy series, “The White Lotus”. And its first episode, which premiered on HBO on October 30, wastes no time in getting to the point. This installment sees a new cast of characters (save for season-one holdover Tanya McQuoid, played by Jennifer Coolidge) check in at the titular resort’s outpost in Sicily, where their vacation amid a sensual idyll is already set up to be troubled by infidelity, promiscuity, duplicity, and death.

Those high-stakes sexual politics are suitably introduced in television show’s new title credits sequence, which artfully hints at the season’s key themes. The 90-second segment opens on pastoral scenes of courtship, painted in the style of Italian Renaissance, ancient Moorish and Roman frescoes. Proceedings, however, soon turn sinister: a villa burns in the distance, goats copulate, a hunter spears a boar, a bloodied dagger is revealed, as a feverish house beat supplied by composer Cristobal Tapia de Veer courses in the background.

Created and directed by Katrina Crawford and Mark Bashore of Plains of Yonder—the film studio that also masterminded the main titles for the show’s first season—the sequence was informed by the series’s Italian setting as much as its savage satire. “Part of why Mike White really liked the frescos was that they were ,” Crawford told Artnet News. “It was a good theme for the show—this idea of tricking the eye or what’s on the surface isn’t reality.”

The paintings were based on actual 16th-century frescoes found around the Palermo villa where the season was filmed. Crawford snapped high-res photographs of the works—which depict “fantastical gardens, and a lot of animals and birds,” according to Bashore—and the architectural structures they were painted on. These images were then altered and animated to fit new narrative purposes via a process the duo described as “hybridizing.” 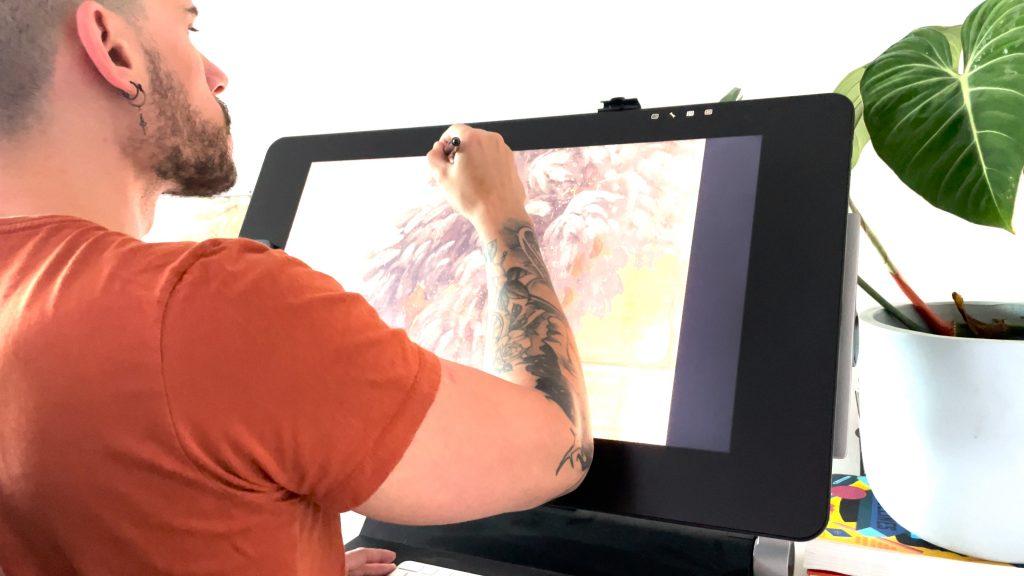 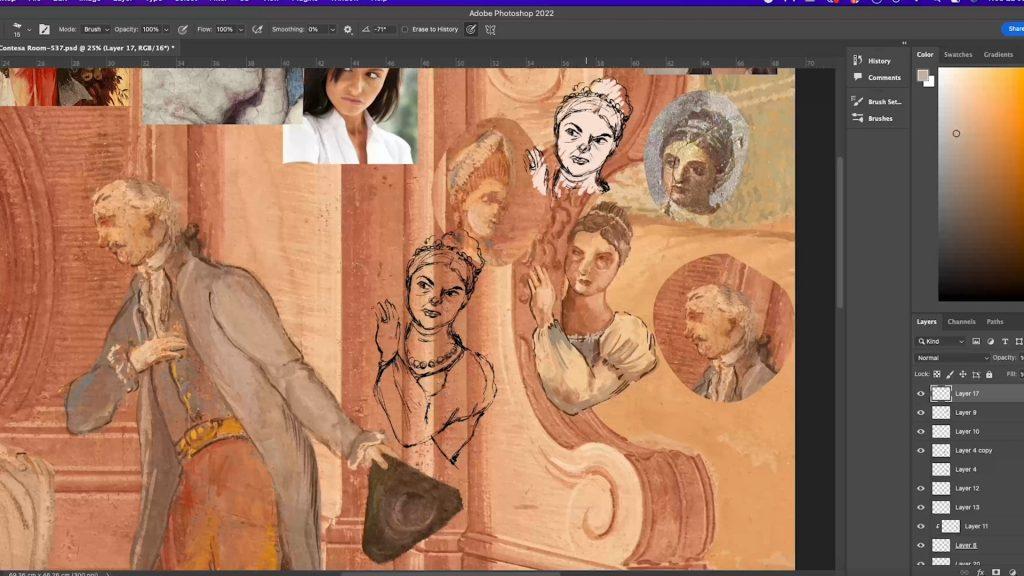 The process involved Sydney-based illustrator Lezio Lopes painting over the stills in Photoshop, while making sure that elements from textures to brush strokes were period-accurate and well-blended. “Hopefully, people don’t see what’s old and what’s ours,” said Bashore.

Visual effects were then added with After Effects software to create movement and a sense of space, using a technique that Bashore termed “camera slides.” That meant digitally joining the new artworks together, “so we could move a virtual camera across and land on a different painting without an edit.”

No small part of the process went into the sequence’s storytelling, too. For one, each actor’s name appears alongside a scene that hints at their character’s traits and motivations. Theo James, who plays moneyed entrepreneur Cameron (already eye-catching for his nude scene in episode one), is introduced with a naked statue, flanked by a dog relieving itself beside the plinth; while Coolidge’s Tanya is represented by a monkey, just as she was in season one’s opener, this time tethered to a chain by a mysterious woman in a tower.

Again, the metaphors run beyond the surface: is Cameron the statue or the dog; is Tanya the captive or the captor? 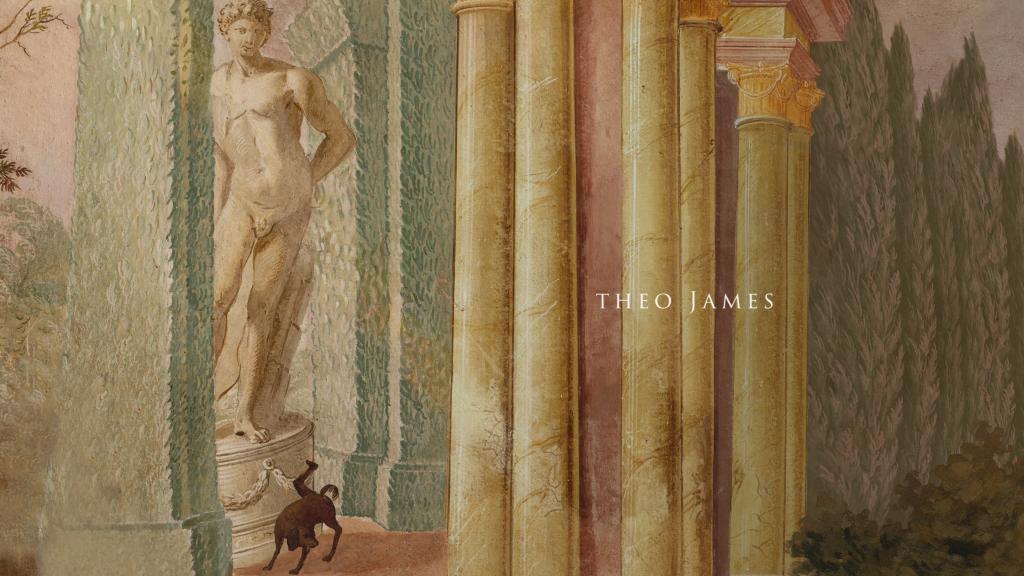 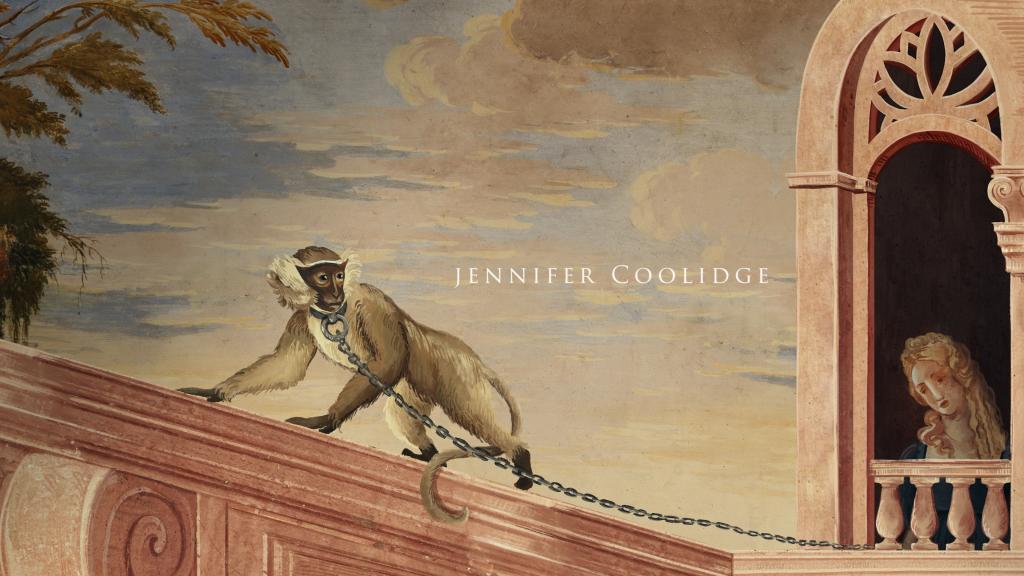 Stills courtesy of Plains of Yonder.

“It’s more of an allegory,” said Crawford. “There’s room for the audience to bring something to it and hopefully see different things on different episodes.”

He tells us what he deems to be “the most vulgar shot in the entire thing”: a rectangular column punched through with three portals, which, for extra emphasis, gets a close-up. It was weirdly graphic enough that at least one producer balked. “You can have a lot of fun with artwork that way,” Bashore added. “It hopefully will put a smile on people’s faces, when they feel like they’re seeing something that maybe other people don’t see.”