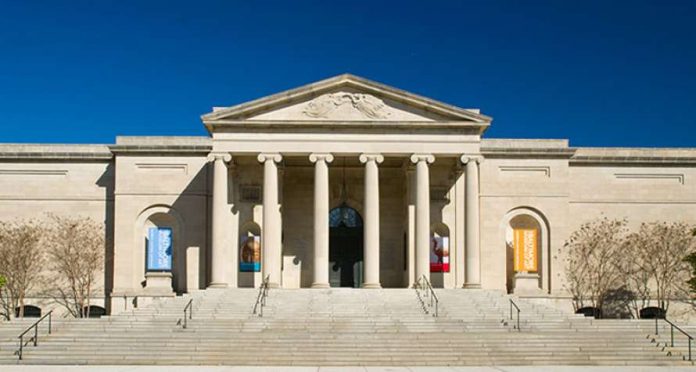 The decision was made after a private conversation between museum management and the Association of Art Museum Directors.

The Baltimore Museum of Art (BMA) has decided to suspend the sale of three works from its collection for auction at Sotheby’s. The museum announced its decision just two hours before the auction began in New York on October 28, 2020. The decision was made after a private conversation between the museum’s management and the Association of Art Museum Directors. The BMA had previously firmly defended the plan to deaccession works by Bryce Marden, Clifford Still and Andy Warhol (his 1986 The Last Supper was valued at $40 million), despite protests that led to the resignation of two museum board members. In all, the works were supposed to bring the museum $65 million. The proceeds from the sale were to be used for a campaign to diversify the museum’s holdings by acquiring works by women and artists of color, dubbed the Endowment for the Future.

The endowment, the museum said, was in full compliance with the Association of Art Museum Directors’ (AAMD) new interim guidelines, which allow works to be sold if the funds go directly to “caring for the collection. The AAMD has already expressed satisfaction with the museum’s decision to remove the works from sale: “We understand that this was a difficult decision, but we strongly believe that it was the right one from our perspective: art collections should not be monetized except in very narrow and limited circumstances.”

The museum has faced a flood of backlash against the deaccessioning plan in the last three weeks, including the resignation of two honorary board members, threats from two philanthropists to withdraw pledges, and a spate of critical op-eds and open letters.

Laurence Eisenstein, a former trustee who drafted an open letter against the deaccession that has garnered over 200 signatures, told Hyperallergic:

We feel this decision affirms the essential roles that artworks, publicly-accessible collections, and museums play in providing knowledge of the past, offering opportunities for reflection and learning in the present, and laying the groundwork for positive transformation in the future.

In its statement, the museum affirmed its commitment to the plan.

“Our vision and our goals have not changed. It will take us longer to achieve them, but we will do so through all means at our disposal. That is our mission and we stand behind it,” it concludes.

ONE OF THE LARGEST ART MUSEUMS IN THE U.S. SAYS IT WILL ONLY BUY WORKS BY WOMEN

This is how the Baltimore Museum of Art intends to correct the gender imbalance in its exhibition.

While the trend of increasing the number of films by women directors at major international film festivals has been going on for years, and organizers of film forums even report to the public about it, this trend has not yet spread to museums on such a scale. One of the first swallows in this matter has decided to become the Baltimore Museum of Art (BMA for short), opened in 1914 and since 1929 housed in a specially constructed building in the Roman style.

Now the museum has 90,000 items, including one of the world’s best collections of American art from the colonial era to the present. In 2020, all collections of the museum will be added, according to franceinfo.fr, only works created by women. Through this, the museum’s directorate intends, according to her, to correct the imbalance, when the works of women make up only 4% of its exposition. They say this when, according to museum officials, the WMA has one of the world’s largest collections of paintings by Henri Matisse precisely because of his friendship with the women of the Cohen sisters from Baltimore, who bequeathed their collection to the museum. The arguments also include the fact that the first director of the museum was a woman and that the year 2020 marks the 100th anniversary of the 19th Amendment to the U.S. Constitution, which guaranteed the right to vote for women.

Evil tongues might have noticed that there would have been more logic in this passage by the museum management if the Cohen sisters had been buying at that time, for example, paintings by Matisse’s compatriot and almost the same age as the beautiful French impressionist painter Marie Laurentsen, but we will not do that. (By the way, there is a line in Joe Dassin’s famous song “Indian Summer”: “In your long dress you looked like a watercolor by Marie Laurentsen.) Let’s just note that when it comes to works of the past centuries, there are very few female names in the history of art, such as paintings by Frida Callot or sculptures by Louise Bourgeois. Not without reason, franceinfo.fr. points out that from 2008 to 2018, only 29470 or 11% of the 26 major American museums acquired 26470 works of art were created by women.

But the proportion can be changed by purchasing the works of living artists. Especially since contemporary art is actively collected at BAM and even has a separate wing dedicated to it.

50 Years of Rolling Stone: Iconic photographs that explore American music and its history