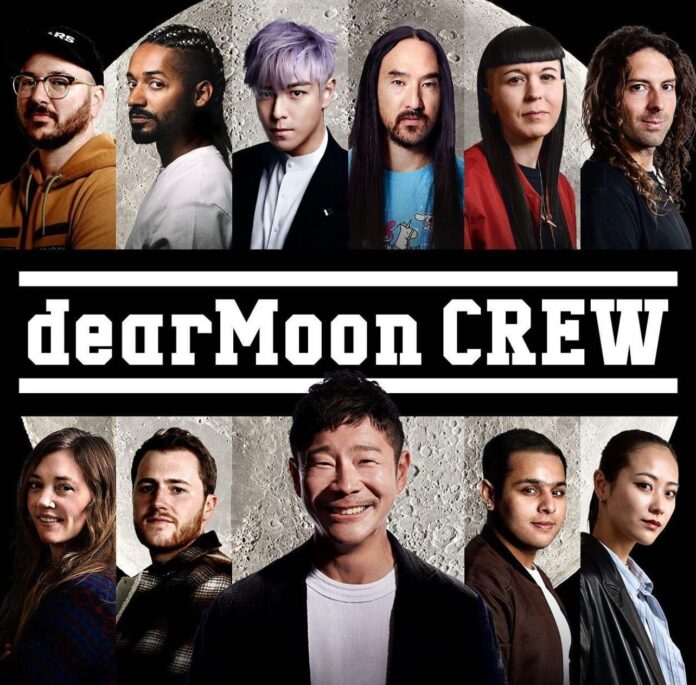 The Japanese retail billionaire and art collector Yusaku Maezawa has selected the eight individuals—including two photographers—due to accompany him on a space voyage around the moon next year. The six-day mission, called dearMoon, will take place aboard Starship, a rocket being developed by Elon Musk’s SpaceX company, which is yet to make its first orbital test flight.

Maezawa’s crew on the moon orbit includes the London-based photographer Rhiannon Adam. On her Instagram feed, Adam calls the space initiative “the ultimate artist residency [which] is likely to change the way we feel about everything we experience going forward.”

According to her online biography, she attended Central Saint Martins in London. Adam’s work is heavily influenced by her “nomadic childhood spent at sea” while her projects straddle photography and social documentary, focusing on “complex narratives relating to climate change, social injustice, outsider communities”.

Adam told ITV news: “I spend a lot of my life working with a lot of remote communities and it felt like a natural thing to do, to apply to go to space and explore the most remote community ever, which would be us in space… I aim to create work that does justice to this transformative experience.” She is also the first queer woman to go into orbit, saying that that there has been underrepresentation of LGBTQ+ people in space travel.

Other artists selected include the photographer Karim Iliya who focuses on the natural world, documenting whales, birds and other threatened species; the Czech performer and “multi-disciplinary creator” Yemi A.D. is also part of the space crew. Maezawa released a video on YouTube outlining his choices. “They will gain a lot from this experience and I hope that they will contribute to the planet, to humanity,” he says. According to CNN, Maezawa is paying an undisclosed sum for the trip and has said he will take his passengers free of charge.

In 2017 Maezawa, who made his fortune in retail fashion, garnered headlines for acquiring Jean-Michel Basquiat’s Untitled (1983) for $110.5m at Sotheby’s New York. Maezawa tweeted in 2020: “I have a passion for collecting contemporary art, Japanese antiques, supercars, wine etc. Some people know me for purchasing J.M. Basquiat’s $110 million painting.”

What I Buy and Why: South Korean Collector Youngsang Lee on Loving Art Enough to Brush One of His Sculpture’s Wigs