Home News The U.S. Has Returned Seven Very Ancient Seals That Were Stolen From... 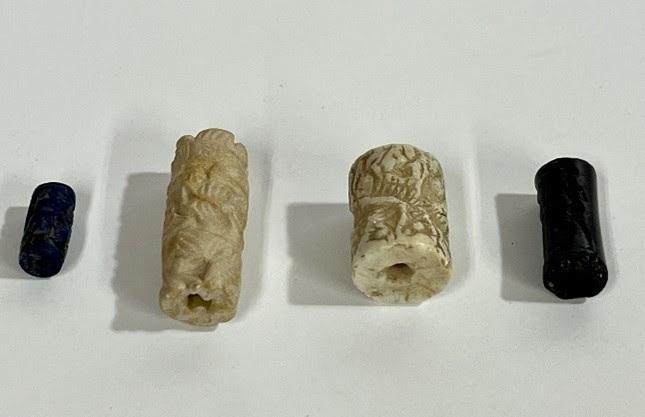 Nearly two decades after the American invasion of Iraq, some of the artworks that were looted from the Middle Eastern nation’s cultural institutions in the tumult that followed are slowly finding their way home.

At a reparation ceremony held in New York on December 14, Manhattan District Attorney Alvin Bragg appeared alongside Salwan Sinjari, Iraq’s Charge D’Affaires to the U.S., to announce the return of seven seals.

The remarkably well-preserved seals, which were customized and served as a type of personal signature for businesses or individuals, feature images of gods, humans, animals, and scenes of worship. The objects date from the Mesopotamian period through to the Neo-Babylonian period, spanning roughly 2700 B.C.E. to 500 B.C.E. In total, there are four cylinder seals and three stamp seals.

“These pieces belong to Iraq—and belong in Iraq—and now they will help the Iraqi people better understand and appreciate our own history and culture with this connection to the past,” Sinjari said.

The D.A.’s Office was first alertedto the seals presence in the U.S. by the appearance of one in an online auction in March 2021. An investigation into the artifacts origin and provenance revealed that the consignor had purchased it, along with the six other seals, following the looting of the Iraq Museum in Baghdad, in 2003. The consignor lacked documents demonstrating that the antiquities had been on the market prior to that date.

It’s believed the pieces were smuggled into the U.S. and were purchased by a private collector at various galleries and online auctions between 2004 and 2009. 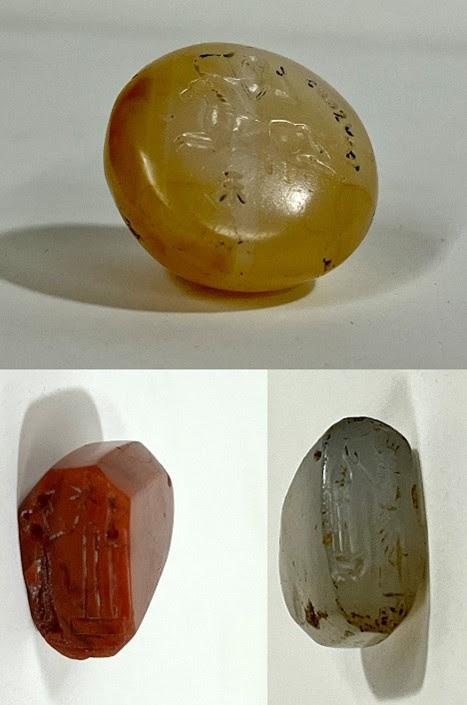 “These stunningly preserved artifacts are just a few of the many antiquities looted from the Iraq Museum,” said District Attorney Bragg. “We are pleased that they are finally returning home to the museum where they rightfully belong.”

The antiquities are among 15,000 others believed to have been stolen from the Iraq Museum, a vast theft of cultural heritage that was mirrored across other sites in the country, including Nimrud, Nineveh, and Isin. The chaos exploited by looters after the fall of Saddam Hussein echoes a longer history of the territory, once home to Summarian, Assyrian, and Babylonian civilizations, losing artifacts to overseas collectors. In 2021, 17,000 artifacts were returned to Iraq by the U.S.

This year alone, the D.A.’s Office has returned nearly 900 antiquities, valued at more than $100 million, to 15 countries.