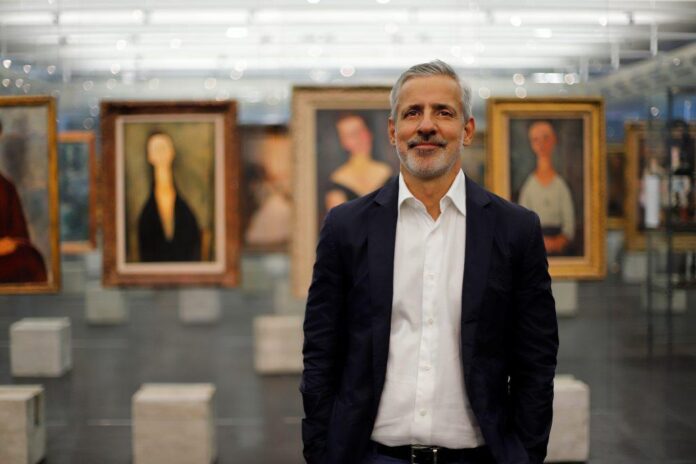 Organizers of the Venice Biennale have announced that Brazilian curator Adriano Pedrosa will oversee the 60th International Art Exhibition, set to be held in 2024. In a pair of firsts, Pedrosa is both the first Latin American and the first from the Southern Hemisphere to curate the event.

In a statement released by the goliath art festival on December 15, the board followed the suggestion of its president, Roberto Cicutto, in appointing Pedrosa, who is the current artistic director of the Museu de Arte de São Paulo. The Biennale’s dates have also been agreed upon, with the sprawling city-wide event set to run from April 20 to November 24, 2024.

“Pedrosa is an esteemed curator and director known for competence and originality,” Cicutto said in a statement, “Now more than ever, La Biennale might address contemporary art not to provide a catalog of the existing, but to give form to contradictions, dialogues, and kinships.”

Over the past two decades, Pedrosa has become a leading figure platforming and shaping Brazil’s contemporary art scene. From his position in São Paolo, he has curated solo shows dedicated to the likes of Tarsila do Amaral, Beatriz Milhazes, Wanda Pimentel, and Ione Saldanha. He led the Pampulha art museum in Belo Horizonte during the early 2000s and has considerable experience working on large art festivals, including the Istanbul Biennial, the San Juan Triennale, and the Shanghai Biennale.

In December this year, he received the Audrey Irmas Award for Curatorial Excellence from Bard College’s Center for Curatorial Studies in recognition for creating the “Histórias” series, which spotlights under-recognized histories of art.

“I am honored and humbled by this prestigious appointment,” Pedrosa said in a statement. “The Biennale is certainly the most important platform for contemporary art in the world, and it is an exciting challenge and a responsibility to embark on this project. I look forward to bringing artists to Venice and realizing their projects.”

Central to Pedrosa’s appointment was a sense of continuity with Cicutto, noting that the decision grew out of the experience of working with Cecilia Alemani in 2022. “It is essential to build on what emerged from the previous exhibition to direct our next choice,” Cicutto said.

In 2023, the Venice Biennale of Architecture will run from May 20 to November 26.