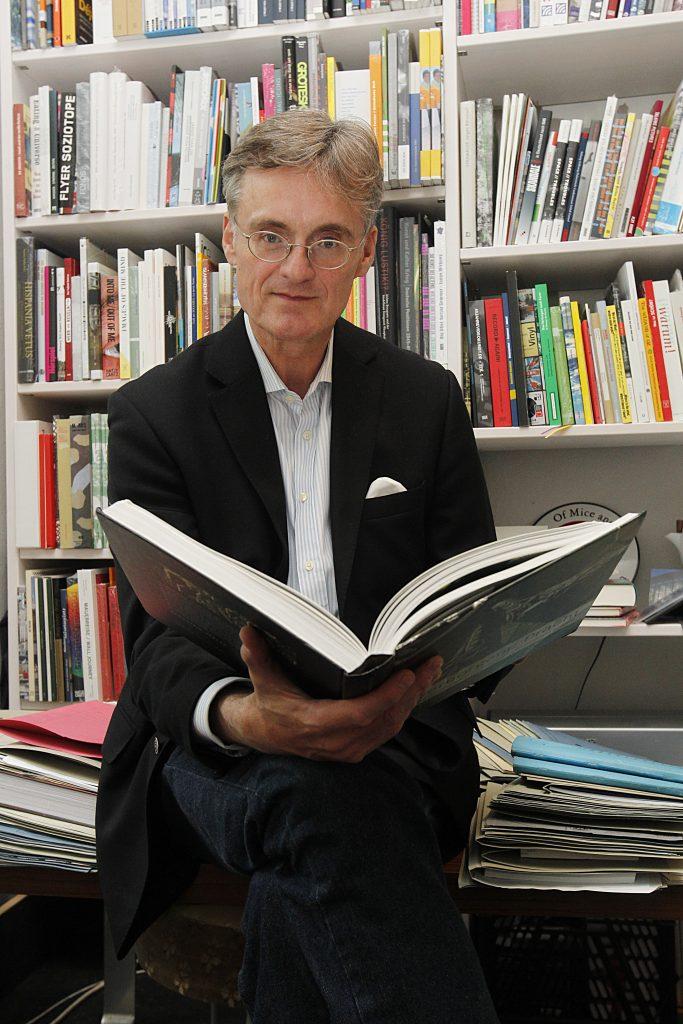 Avant-Garde Pioneer Alison Knowles Gets Her Due – Ahead of her retrospective at the Berkeley Art Museum and Pacific Film Archive, Knowles reflected on her early experiences touring with other Fluxus artists in the 1960s—including the time she was, lore has it, hit in the face with a tomato. “There was a lot of aggression about what we did onstage,” she said. “I remember people would stand up and leave—and often did. But I had work to do, I performed the work no matter what.” (New York Times)

Floating Documenta Project Gets Stuck Due to Low Water Levels – In other Documenta news, a floating art project that left Berlin bound for Kassel at the beginning of June has gotten stuck in Weser due to low water levels. The raft, called Citizenship, was meant to host various cultural projects with local schools and clubs along its journey. It will now wait out the dry season; organizers from the Berlin Center for Art and Urbanistics hope to be able to drive the remaining 200 kilometers in September. ()

A Catalonian Town Just Bought Espai Corberó – A local council near Barcelona in Spain has bought the Espai Corberó for €3 million to use it as a public space. The labyrinthine architectural marvel was an obsession of its creator Xavier Corberó, who built it “without plans, obeying only space and poetry.” (Guardian)

Brazilian Collector Gilberto Chateaubriand Has Died – The art collector and philanthropist, who was the son of Museu de Arte de São Paulo Assis Chateaubriand’s namesake founder, died at 97 in São Paulo. A member of the international board of MoMA and the Cartier Foundation for Contemporary Art, Chateaubriand amassed a collection of more than 8,000 works by artists including Tarsila do Amaral and Hélio Oiticica. He has loaned more than 6,500 to the Museu de Arte Moderna do Rio de Janeiro since 1993. (The Art Newspaper)

Busan Biennale Announces Artists List – Ahead of its September opening, the Busan Biennale has released its lineup of 64 artists and collectives hailing from 26 countries. The citywide event, which runs through November 6, will present work by Sara Sejin Chang, Jennifer Tee, and Song Min-jung, among others. (Press release)

Digital Artist Herbert W. Franke Dead at 95 – The groundbreaking digital artist, who died at 95, was known for his early computer animations, which employed interactive 3-D systems in the 1970s, as well as his abstract generative art, which he recently made into NFTs. (ARTnews)

Frieze Announces London Lineup – Frieze London and Frieze Masters have announced the list of galleries participating in its 19th installment this October 12–16, the fairs’ first edition since the departure of global director Victoria Siddall. Frieze London will host 162 galleries and Masters will show 133 across the park. As Art Basel strengthens its position in Europe with Paris +, new director Eva Langret emphasized promised Frieze would celebrate London’s “position as an international center.” (TAN)

Google Doodle Honors Artwork of Uvalde Shooting Victim – Google has honored a 10-year-old victim of the shooting in Uvalde, Texas, by sharing the work she had submitted for a Google Doodle. “I want the world to see my art and show the world what I can do,” Alithia Haven Ramirez wrote when submitting her work. She was among 19 children and two teachers murdered at Robb Elementary School on May 24. ()