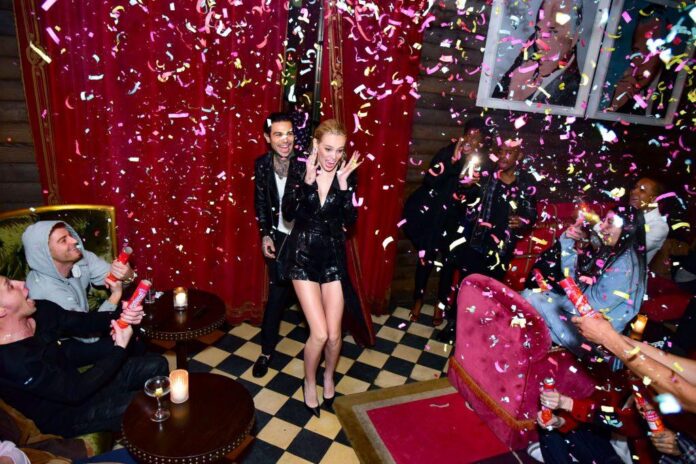 INSIDE THE FINAL DAYS OF THE GRAMERCY PARK HOTEL

If you follow me on Instagram, you’ll know that I’ve been busy these past two weeks in Europe provoking envy in those still in rainy old New York (and loving it). My sadism was met with instant karmic retribution however, as I scrolled through the ‘gram and—teeming with jealous rage—watched my friends back in the city effectively loot the Gramercy Park Hotel via a liquidation sale, where everything from the art on the walls to the light fixtures was available for a steal.

“Prices are seemingly made up on the spot,” one TikToker/self-declared vintage watch specialist, Mike Nouveau, said in a video that panned over some of the iconic hotel’s original art, framed photographs and crystal chandeliers. “Asking two different workers the price of one item yielded two different results,” he added. 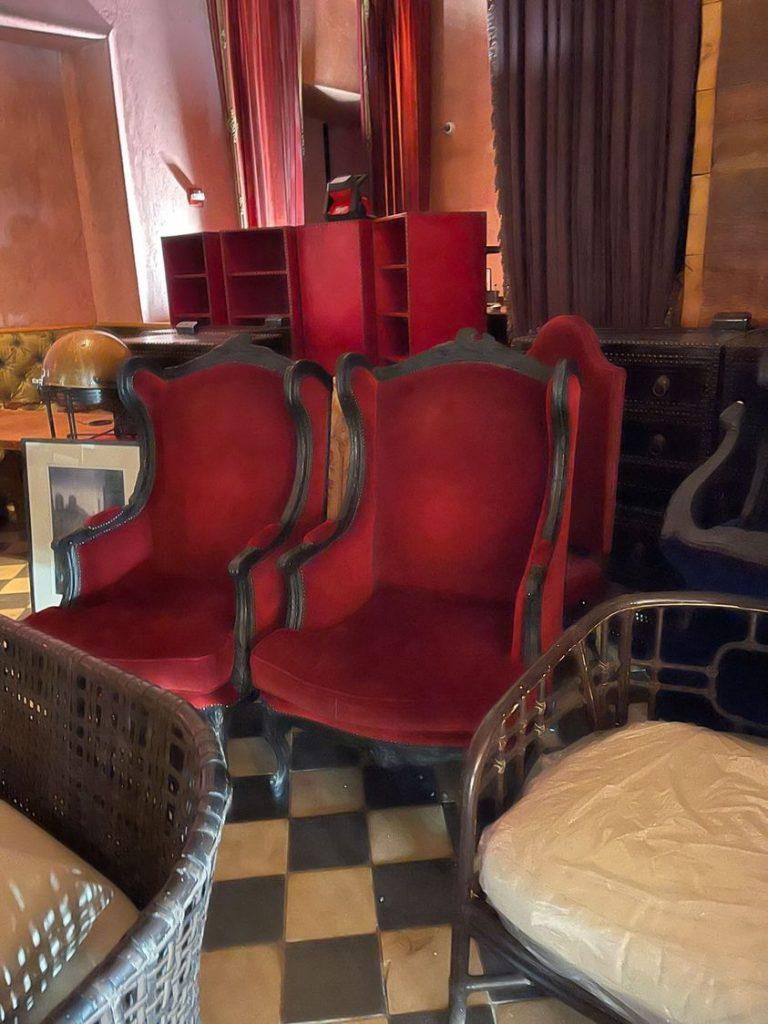 Art market watchers might be most interested in the fate of the art collection of the hotel’s sometime owner, real-estate tycoon Aby Rosen. Rosen and his partner Ian Schrager signed a 72 year-lease on the place in 2006, and brought in Julian Schnabel to transform the century-old building into a destination hotel. Along the way, Rosen, who is a prolific art collector, implemented a unique revenue-stream: hanging fine art on the hotel walls and effectively dealing it to his monied customers. Throughout the years, pieces from his collection have rotated on the walls, blue-chip names like Andy Warhol, Jean-Michel Basquiat, Fernando Botero, Tom Wesselman, and Damien Hirst among them.

That is, until the hotel’s doors closed along with the rest of the city during the depths of COVID-19 lockdown. And alas, they never reopened. Last year, Wet Paint reported that Rosen had been fined with contempt following a complaint from the building’s landlord, and he and his real estate firm, RFR Holdings, were ordered to pay $3.9 million in overdue property tax and interest. Rosen’s finances have taken a few dings of late, as he was famously involved with the Anna Delvey scandal, and recently put up the building she attempted to buy, at Park Avenue and 22nd Street, for sale.

Unfortunately (for us) it doesn’t look like Rosen is desperate enough to hawk his blue chip fare in a dingy hotel liquidation sale. Best Auctioneers, which is managing the sales, confirmed that they wouldn’t be selling any of Rosen’s fine art. They also declined to share just how many greenbacks this fire sale has raked in. (“We don’t have that info,” a representative named Joe told me matter-of-factly. Indeed, Christie’s, this ain’t.) Still, it can’t hurt to keep an eye on the catalogue for New York’s upcoming November auctions. (Rosen couldn’t be reached for comment). 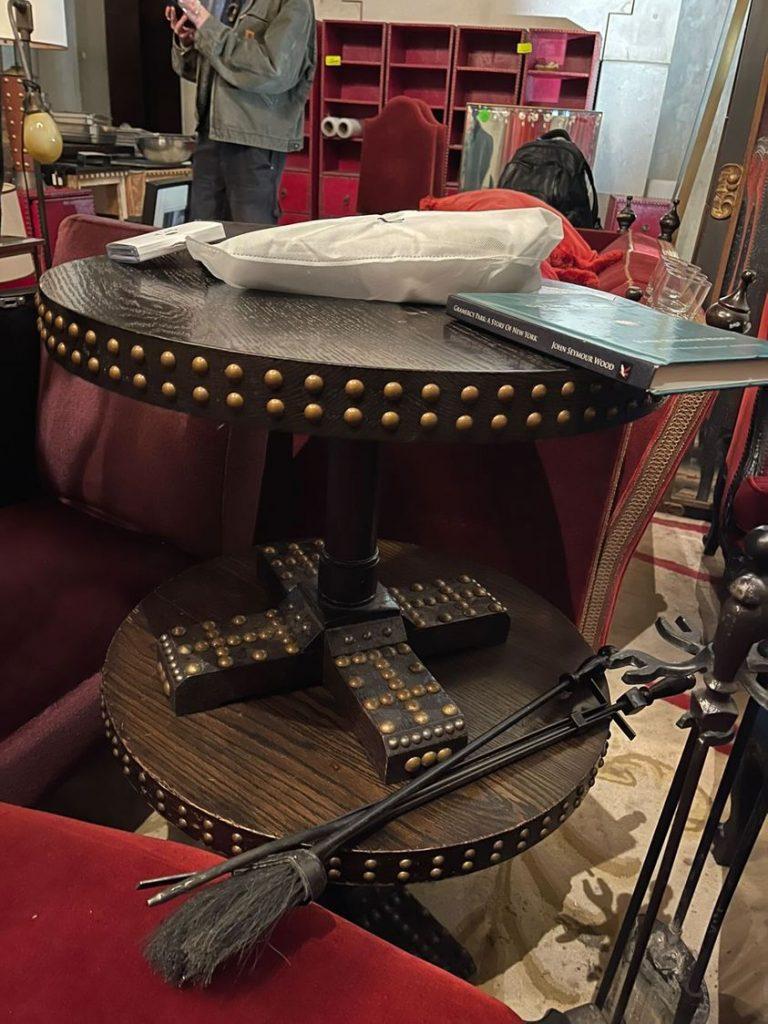 The sale at the Gramercy Park Hotel Liquidation Sale. Courtesy a tipster.

According to TikTokers, the art that remained inside was selling for between $500 to $800, and one insider told Wet Paint that most of “the good stuff” (nice furniture, better prints, and the like) went to friends of the hotel for $100, before the sale even began. What was left over seemed to be largely quotidian. “I got an umbrella for $100,” an art collector who asked to remain anonymous told me. “I usually scour estate sales so I wasn’t terribly impressed, though the nostalgia factor was there…They weren’t selling rugs or curtains or wine that day, which is what I wanted.” He added that photo prints were selling for between $300 to $500.

Era Myrtz, director of 56 Henry, was tempted by a $180 side table but dismissed it as a little too Jonathan Adler, sneered at the $75 price tag on a Franz West paperback, and couldn’t find any of the framed photos of celebrities that decorated the halls to the bathrooms. Overall, she said that the sale was “maybe the most aggressive male space I’ve ever been in,” adding, “Everything I saw was kind of garbage.”

After Trump, we’re all probably familiar with at least one family whose dynamics reached a boiling point due to differing political views. If you’ve somehow missed out on that phenomenon, you can pull up a pew to watch one unfolding in real-time on TikTok. And strangely enough, it is among the family of none other than the famed abstractionist Frank Stella.

Let me back up. This June, I caught wind of a social media dust-up from Hannah Stella, the self-proclaimed “content creator and housewife” based in New York, who is married to Patrick Stella, Frank’s son. Hannah addressed rumors that her husband donated to Ted Cruz through a selfie with some text overlaid: “My husband did donate to Ted Cruz before I met him and when he seemed like one of the GOP candidates most likely to beat Donald Trump in the primaries.” She added, “Plus it really made his parents mad.” Obviously, Wet Paint’s ears perked up, and I also found from Open Secrets that Patrick donated $1,000 to Ted Cruz in two installments of $500, while Frank has donated over $22,000 to the DNC.

Well, the latest in this scandal seems to be that Hannah and Patrick are no longer together. According to a TikTok posted by @artlust, the two have broken up, as she described Hannah as “the future ex-daughter-in-law of Frank Stella”, before diving into an explainer of Frank Stella’s legacy.

A glimpse at Hannah’s page confirmed it, as her most recent video is titled “A Day in the Life as a ??? in New York City,” in which she says she has been staying at the Hotel Chelsea. Patrick seems to have already moved on, and is now dating an art student with an eye for NFTs named Elena Carter, who uploaded a since-deleted TikTok of her meeting Frank (“When you’re meeting his artist dad, but you aren’t nervous because you’ve done a year in art school” her video read, which was overlaid with footage of some of Frank’s sculptures).

Though, it doesn’t seem to be all so bleak. The top comment on @artlust’s video comes from Hannah, who wrote, “I will never speak ill of Frank he is a saint put that on the record. (My ex is also a wonderful person).”

Pace is apparently selling Robert Nava prints for $65,000 a pop, a significant mark-up from Phaidon’s sale of his work last year, which went for $5,000 each…Three employees total have departed the Cultured Magazine team over the summer…The highly-collectible Plaster magazine’s sixth issue has been released with designs by firm Perron-Roettinger…David Zwirner is looking for a new events manager, and hopefully this one will remember to include dear Wet Paint on the invite list for their parties (was it something I said?)…Danziger Gallery had its Instagram account stolen and ransomed, only to have to relaunch on a new account...

I missed you guys, did you miss me? Coming off the heels of my big vacation, I have to wonder: Who in the art world had the best-looking summer vacation? Write in your answer to [email protected]