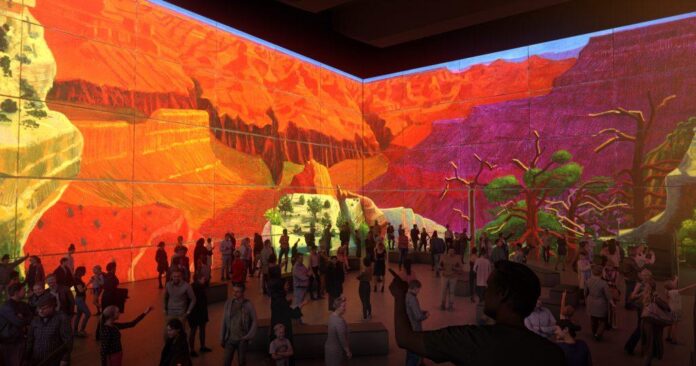 The boom in immersive art shows has seen some of the world’s best-loved masterpieces reimagined on the largest scale, and toured to audiences worldwide. The focus so far has been on historical works, with artists such as Vincent Van Gogh, Gustav Klimt and Frida Kahlo among the most popular subjects.

David Hockney may now be one of the first living artists to get the same treatment for a new show, “Bigger & Closer (not smaller and further away)” opening early next year in London. 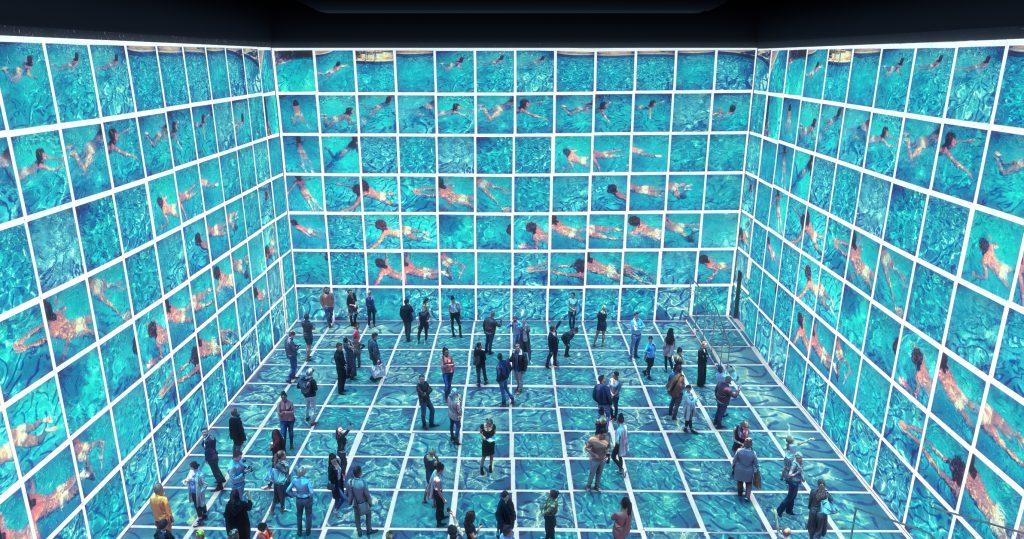 Hockney has been able to take the reins and direct this new immersive journey, inviting visitors into some of his most renowned paintings, from the swimming pools he painted during his years in California to the vast canyons he captured in the American West.

Photographs and polaroid collages will also be used to tell visitors about the artist’s life, transporting audiences between Yorkshire, where Hockney is from, to Los Angeles, where he moved to in the 1960s, and Normandy in southern France, where he now lives.

These insights and many more will stretch across six themed chapters, which are set against commentary from Hockney and a custom score by the American composer Nico Muhly. 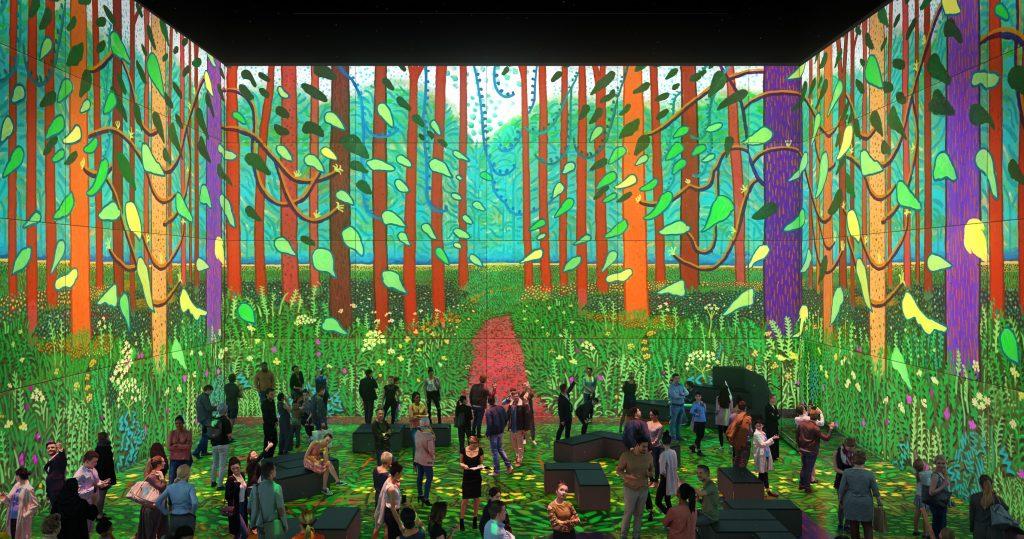 Installation of The Arrival of Spring in Woldgate, East Yorkshire in 2011 (twenty
eleven) (1998) at “David Hockney: Bigger & Closer (not smaller & further away),” an immersive art experience at Lightroom in King’s Cross, London. Photo: courtesy of Lightroom; © David Hockney.

“The world is very, very beautiful if you look at it, but most people don’t look very much,” Hockney muses in one voice-over. “They scan the ground in front of them so they can walk, they don’t really look at things incredibly well, with an intensity. I do.”

Three years in the making, this mega production won’t be the first time Hockney has kept an eye on tech trends and adapted his painting practice to new media. He began using computer software to draw as early as the 1980s and, since 2009, he has regularly exhibited portraits, landscapes and still-lifes that were made on an iPad. 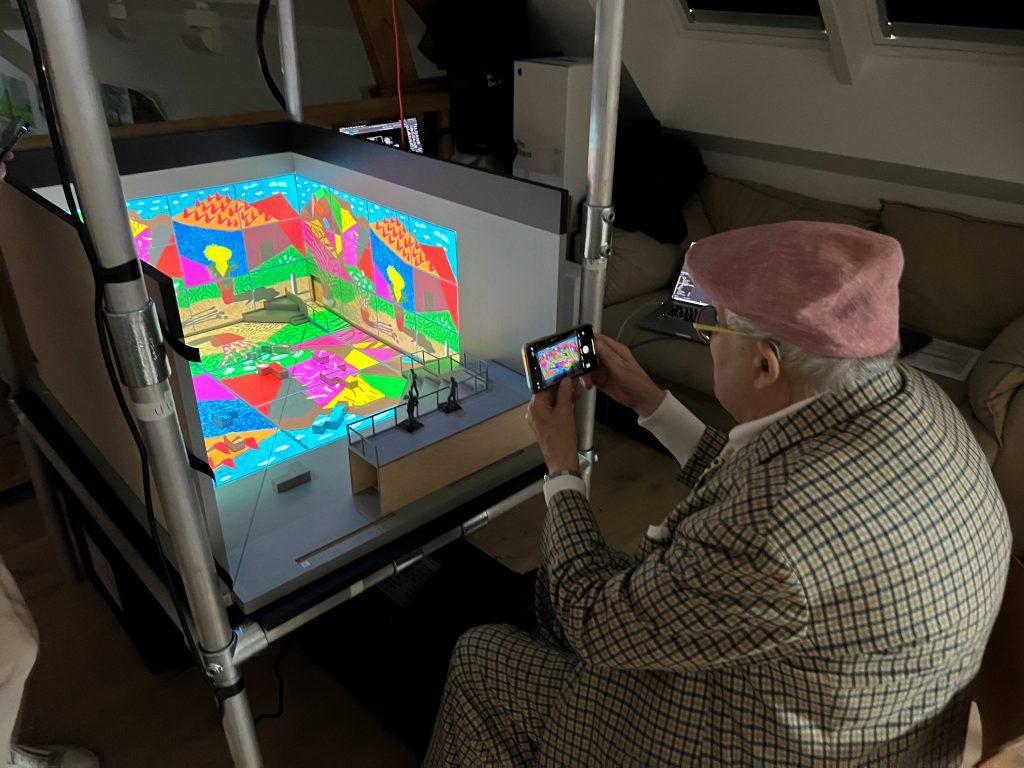 The show will open in Lightroom, a new four-story exhibition space for immersive experiences in the creative district of Kings Cross, organized by the London Theatre Company and 59 Productions. “David Hockney: Bigger & Closer (not smaller and further away)” runs from January 25 to April 23, 2023 and tickets are now on sale at £25 ($30) for adults and £15 ($18) for students.

London is also home to Frameless, another venue for experiential art forms that opened in Marble Arch in September. The arrival of Lightroom suggests that the immersive art craze shows no sign of disappearing, following major investment in this fast growing sector.