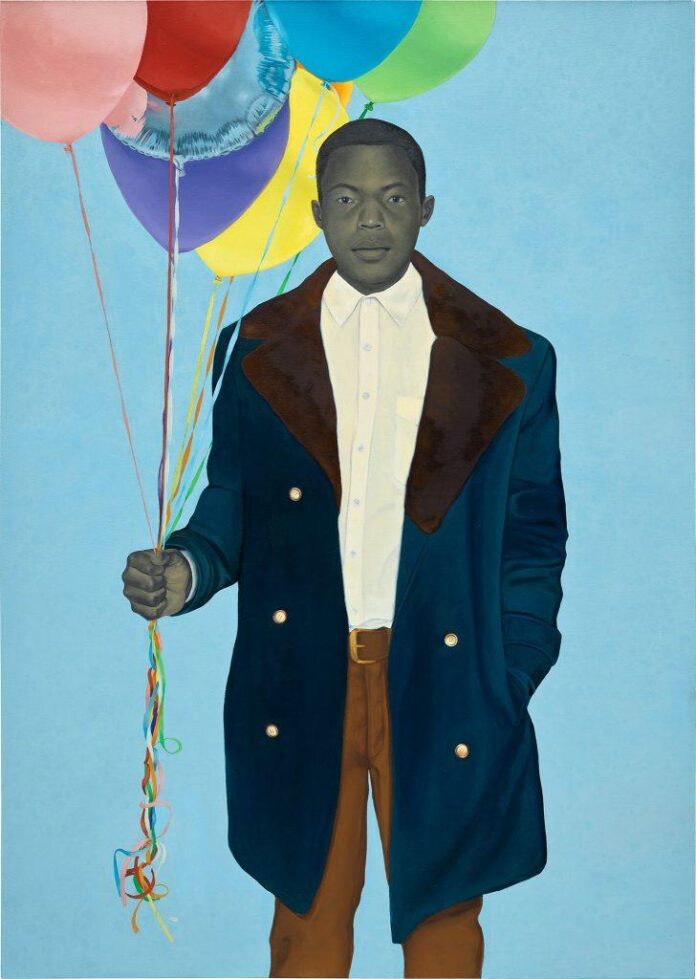 Art is generally a great investment. The average painting or sculpture becomes pretty difficult to resell almost as soon as it walks out of the gallery. But every so often, with the right purchase, you can make a killing.

That’s the case for the seller of Amy Sherald’s Pilgrimage of the Chameleon (2016), which sold at Phillips’s 20th century and contemporary art evening sale for a cool $2.1 million on November 15. According to sources, the seller was Benjamin Fernandez, the owner of Guadalajara’s Black Coffee Gallery. And he saw the price of the work rise 20,900 percent from his initial purchase just six years ago.

Sources say that Fernandez, who could not be reached for comment, acquired the piece from Monique Meloche Gallery in Chicago in 2016, at the art star’s first solo show with the gallery. At the time, her primary prices were in the range of $8,000 to $15,000. It was the same year that Sherald won the Outwin Boochever Portrait Competition, raising her profile considerably and starting her out on a path to stardom that would include the coveted commission to paint the portrait of First Lady Michelle Obama.  is classic Sherald—her smartly dressed subject is rendered in gray tones that evoke daguerrotypes and contrast sharply with the vibrant color of the backdrop and the balloons in his hand.

Fernandez likely considered the upside too sweet to ignore, but he probably won’t be getting access to another Sherald anytime soon—even if he could afford one. (On the primary market, Sherald’s prices have shot well into the six figures since she joined Hauser & Wirth in 2018.) The artist makes so little work each year that the wait list is a mile long. Plus, we already know how she feels about resellers who profit off the labor of artists without paying it forward—which is to say, not kindly. 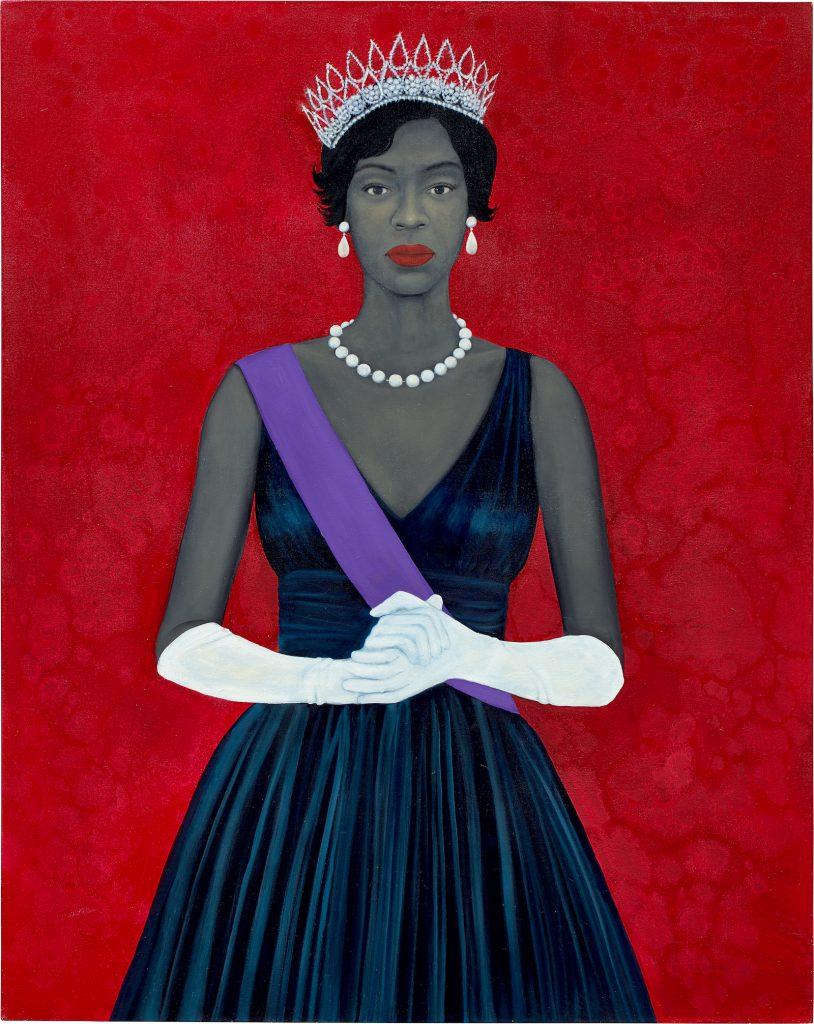 Sherald has spoken out before about the importance of resale royalties and the “feast or famine” nature of working as an artist. As you may recall, she gave a rare public statement about the art market after her painting (2012) was consigned to Phillips by Imani Perry, a professor at Princeton University. (Sherald, it turns out, had allowed Perry to pay for the piece on an installment plan.) It went on to sell for $3.9 million, more than doubling its $1.2 million-to-$1.8 million estimate and becoming Sherald’s second-priciest work to ever hit the block.

After Perry thanked the artist for her “generosity” in a statement to Phillips, Sherald, who saw no revenue from the sale, countered in a statement to : “Despite its common occurrence, it can feel personal when a painting is put up for auction by a collector. Especially, in this case, when it’s someone you know and worked with to accommodate an alternative payment arrangement to acquire the piece in the first place. It is every artist’s hope that collectors will do the right thing by the work and for the artist by leveraging the gallery to assist in placing the work.”

failed to reach the heights of , hammering just under the low estimate and coming in within the $1.8 million-to-$2.5 million estimate range with fees. Sherald’s current auction record, according to Artnet’s Price Database, is $4.3 million, set in 2020, also at Phillips. (2015) stunned auction watchers, as it was estimated to sell for just $150,000 to $200,000. The frenzy around Sherald’s work seems to have quieted since then; her other work at Phillips this week failed to sell.

Sherald couldn’t be reached for comment this time around. 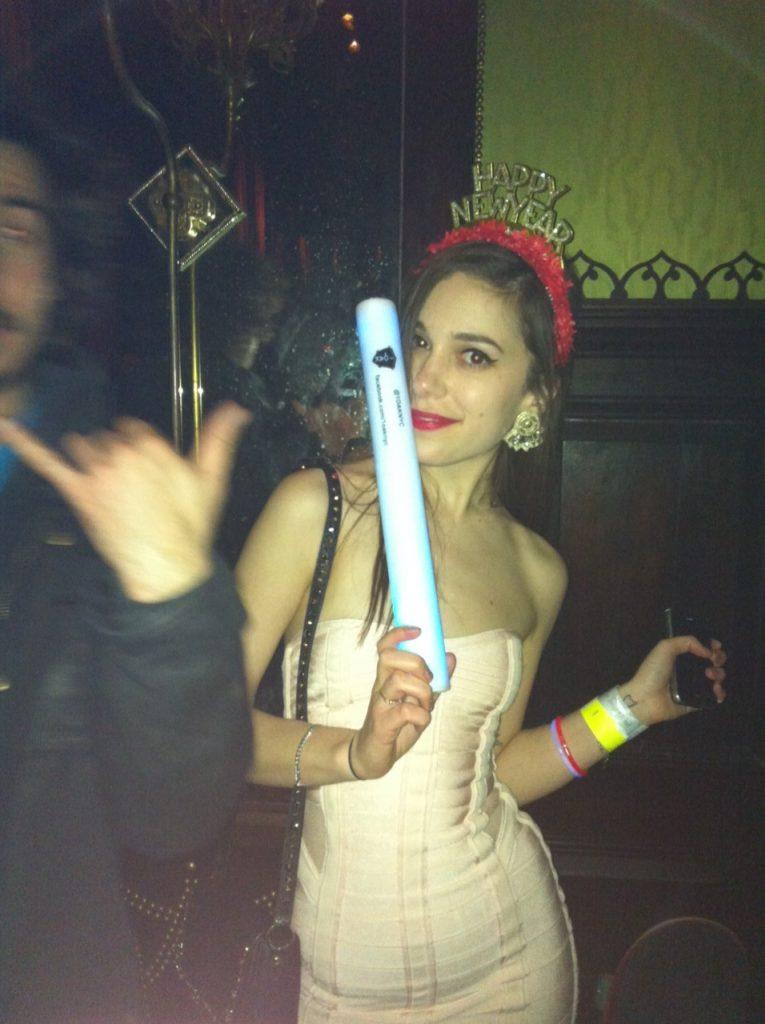 Carly Mark ringing in New Year’s 2013 at The Jane. Courtesy of Carly Mark.

The indie sleaze revival may have preserved certain cultural touchstones of a recently bygone era (the Cobrasnake is back! So is Dov Charney! And The Yeah Yeah Yeahs are playing in the New York club scene again!), but sadly enough, the Jane is not one of them. Later tonight, I will switch off my laptop and switch on some high heels to head out to the closing party for the storied hotel and nightlife hotspot, which is about to be repurposed into a members-only club run by Jeff Klein, the nightlife behemoth behind the Hollywood hotspot San Vicente Bungalows.

I’ll be sad to see it go. It’s perhaps one of the classier joints to grab a drink after an afternoon at the Whitney, and I recall one particularly lovely evening spent there watching New York darling Annie Hamilton’s performance piece, which was produced by Whitney Biennial star Aria Dean. (Notably, about a century before it became a hipster hangout, the Jane was used to house survivors of the Titanic upon their arrival in New York City.)

“Doing shows at the Jane made me feel like I had the right to call myself a performer,” Hamilton told me. “I’ve bombed hard in that ballroom, and yet I still kept coming back because they were always down to have me. I had my 30th birthday on the roof. I had sex halfway through the party in one of their tiny rooms.”

I realize that I never really got to see the nightclub/bar/hotel at its fullest form—its heyday was a bit before my time in New York. “It had its moment,” artist Lucien Smith told me when I broke the news of the Jane’s expiration to him.

Back in the late ’80s, RuPaul lived in the penthouse suite. “It had that distinctive New York smell-its like a mixture of mold, soot, and grim,” he said. “The only place you can smell that now is in the subway.”

It got quite a bit fancier two decades later, and epitomized a particular moment in the New York scene. So, in an effort to pay proper homage, I asked my art-party forefathers about what I missed out on.

“I have some nice memories of going to the Jane circa 2008–10 when it was still like, Olsen-twins-smoking-inside level cool,” Nate Freeman, my divine predecessor at the helm of this very column, told me. The last time he was there was for Rachel Harrison’s celebratory dinner for her show at the Whitney two years ago. “Walking into that entrance always ruled, it was very ‘I made it’ when I was 20 to push past those heavy velvet curtains and see that giant space.”

“Miss it? Lol no, I’m old,” said Sarah Hoover, who explained that the Jane emerged as a hotspot after the legendary club Beatrice Inn changed ownership and lost its luster in 2010. “We’d been in post-recession vibes, hipster casual. And then Obama came with all his hope, and I remember the first time I walked into the Jane. They were blasting Jay-Z—all I’d heard for three years was like, MGMT, and people were dancing on tables,” she continued. “And it felt like even though Beatrice had been shut down and it was the supposed death of bohemia, we still had hope, New York was still alive.”

Dealer Ellie Rines corroborated that the place was hopping with celebrities back in the early 2010s. “I had a night with Hugh Grant after watching North Korean propaganda films at Brecht Forum. He bought beers for my friend Olivia and I.” Though the best night she had at the Jane was Chrissie Miller and Leo Fitzpatrick’s wedding in 2018. “[That] was the best night of my life.”

“I’ve spent so many nights of my life there, they’re all kind of a blur,” said artist/fashion designer Carly Mark, who was a regular in her 20s when her boyfriend was a DJ there. Painter Jo Messer recalled that “in 2014, a girl slapped my friend across the face at the bar.”

After all of these conversations (some of which featured party details that were simply not suitable for print), I had to wonder what young cub reporter might be interviewing me one day about my halcyon days at Clandestino or Fanelli Cafe. For now, let’s raise a toast to the Jane, and nights we’ll never remember with friends we’ll never forget. 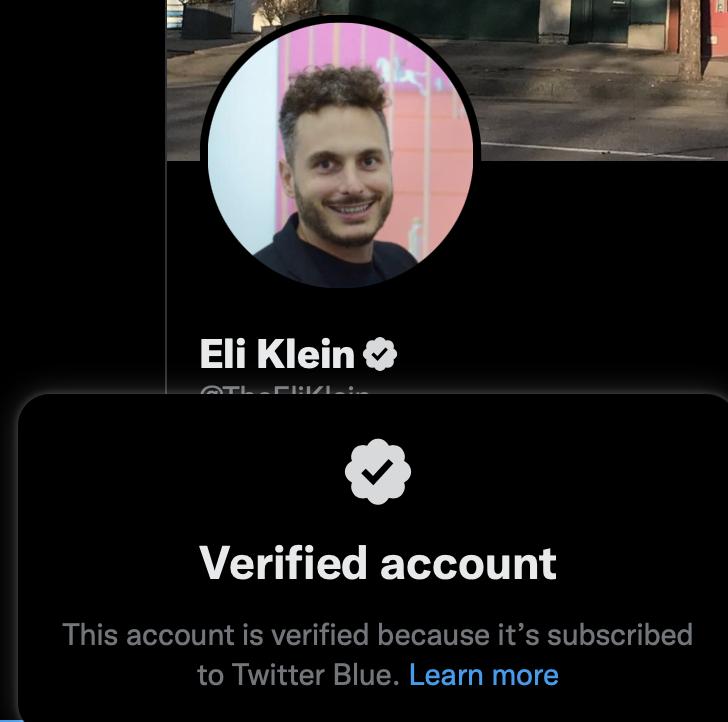 Eli Klein is the first of the art-set whom I’ve observed paid for a blue-check in the new regime of Twitter … Brian Eno apparently peed on a Marcel Duchamp sculpture at the Museum of Modern Art through what seems to be a complicated pipette system … A work by Urs Fischer that was slated to sell at the Swiss Institute’s auction led by Simon de Pury was withdrawn at the last minute, as Fischer told Wet Paint that it had been missing since Friday with a truck driver gone rogue … Derosia has picked up representation of textile artist Kern Samuel … Marcel Dzama has designed the cover art for British punk band Shame’s new album… Anthony Meier will now represent New York-based artist Jessie Henson, who also works mostly in textile … , the Andy Warhol Foundation’s new art magazine, released its first issue with writing by Ari Larissa Heinrich, Tan Lin, and Shaka McGlotten… 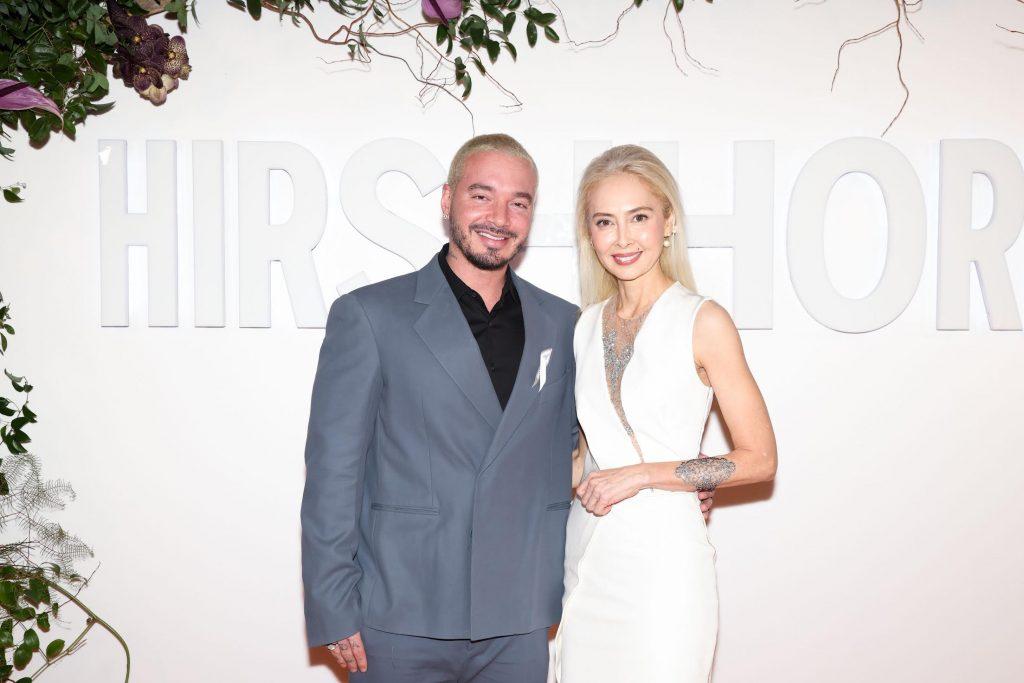 It’s the fall gala season, and lucky for me, Pioneer Works booked Wet Paint’s personal favorite musician at the moment, Ata Kak, at their annual party, and I spotted Jemima Kirke and Nicholas Braun dancing alongside me *** Lorraine O’Grady, Genesis Tremaine, Laurie Anderson, and Tschabalala Self at the Hirshhorn Museum‘s annual gala, where they announced that J. Balvin would be serving at the museum’s first cultural ambassador (whatever that means!) *** Jamian Juliano-Villani, Marianne Vitale, Aria Dean, and Carly Mark at the Chelsea Hotel celebrating Chloe Wise‘s new show at the Journal Gallery *** Remember that guy Dr. Anthony Fauci? Apparently he was spotted at the National Portrait Gallery’s annual gala this weekend, as were Venus and Serena Williams (who are also the subjects of new portraits commissioned by the museum) *** Zackary Drucker, Cat Power, and Eric Wareheim at a dinner hosted by Bret Easton Ellis in Los Angeles for magazine *** David Rimanelli, Sarah Hoover, and Emmanuel Olunkwa, among others, gave a poetry reading at Tibet House (what a lineup!) ***

While the nightlife deck is getting reshuffled in Chelsea, I asked who in Chelsea serves the drinks. “I ordered a dirty gin martini at The Selina Chelsea once – my only visit there – and it arrived at my coaster WITH A TWIST …. I mean ….. my mind was blown (it was disgusting),” said Katherine Overgaard, director at Franklin Parrasch Gallery. Artist Wendy White wrote in “The Hawthorne, otherwise known as the not-Half King.” Artist Monsieur Zohore volunteered The High Line Hotel, which I also agree with, but only because they never let me use their Wi-Fi. Finally, the proper question was finally asked when Max Werner, director at Michael Werner, chimed in “Where in Chelsea serves drinks?” In a post-Rusty Knot world, I’m not sure if I know.

This week’s question: Who in the art world hosts the best Friendsgiving?