Home News With New Lawsuits Against MoMA and the Santa Barbara Museum of Art,... 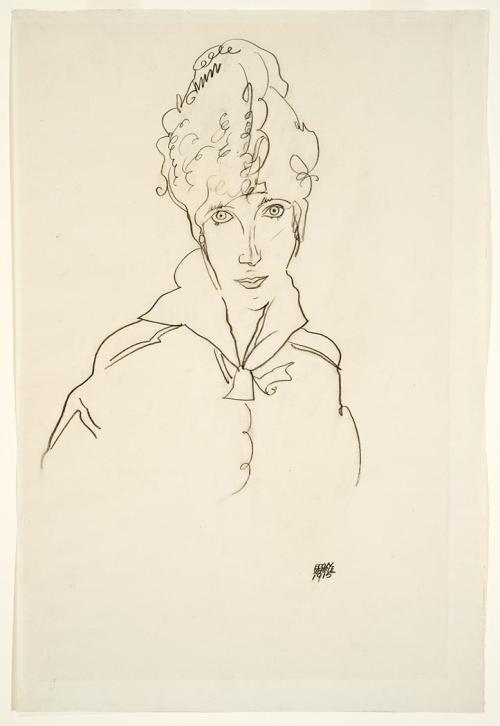 Two major museums were hit with lawsuits last week as the heirs of a Holocaust victim seek to reclaim a pair of Egon Schiele artworks taken by the Nazis during World War II.

The Museum of Modern Art (MoMA) in New York and the Santa Barbara Museum of Art (SBMA) in California were targeted in the complaints, per the Daily Beast, which first reported the news. The lawsuits were filed by Timothy Reif and David Fraenkel, two descendants of the Austrian Jewish performer Fritz Grünbaum, who was murdered at the Dachau concentration camp in 1941.

Prior to his death, Grünbaum amassed an impressive collection of Austrian art, including some 80 pieces by Schiele. Among the group was ​​the artist’s 1912 painting Prostitute, now owned by MoMA, and the 1915 pencil drawing Portrait of the Artist’s Wife, which lives at the SBMA.

The complaints allege that Grünbaum was forced to hand over his collection and other possessions while he was detained at Dachau. “On July 16, 1938, Nazis forced Grünbaum to sign a power of attorney in the Dachau Concentration Camp permitting his wife Elisabeth [Herzl] to liquidate his assets and hand the assets over to the Nazi regime,” the MoMA lawsuit explains. (Soon after the incident, Herzl was moved to Minsk’s Maly Trostinec concentration camp, where she too was murdered.)

Jewish Property Declaration documents from the time show that the artworks in Grünbaum’s collection were labeled with the German words “Erledigt” (“completed”] and “Gesperrt” [“blocked”], which is proof that they were handled by the Nazis, the complaints argue.

This isn’t the first time Grünbaum’s descendants have sought to reclaim artworks owned by their relative. In 2005, another heir, Milos Vavra, sued for the restitution of Schiele’s 1917 painting, Seated Woman With Bent Left Leg (Torso). Seven years later, the judge in the case ultimately ruled in favor of the artwork’s owner, a Boston-based collector who purchased the piece in the early 1960s for about $3,300 from Galerie St. Etienne. Too much time had passed for Vavra to claim the piece, the judge said.

In 2015, the heirs spotted two Schiele watercolors—Woman in a Black Pinafore (1911) and Woman Hiding Her Face (1912)—being sold at the Salon of Art + Design art fair in New York. Rife, Fraenkel, and Vavra sued, and another seven-year legal battle followed. But this time, the family won. Their case was boosted by the passing of the 2016 Holocaust Expropriated Recovery Act, a piece of legislation that standardizes the statute of limitations pertaining to cases of stolen artworks.

“We reject the notion that a person who signs a power of attorney in a death camp can be said to have executed the document voluntarily,” a New York Court of Appeals judge ruled earlier this year, upholding the lower court’s decision. “Any subsequent transfer of the artworks did not convey legal title.”

In November, the Grünbaum heirs sold Woman Hiding Her Face and Woman in a Black Pinafore at Christie’s for $2.5 million and $500,000, respectively. Proceeds from the sales went to a foundation for young artists that was established in Grünbaum’s memory.

Representatives from MoMA and SBMA did not immediately respond to Artnet News’s request for comment, nor did members of Reif and Fraenkel’s legal team.