Home News Venice’s Storied Murano Glassmakers Are Shutting Down Their Studios Amid the Energy... 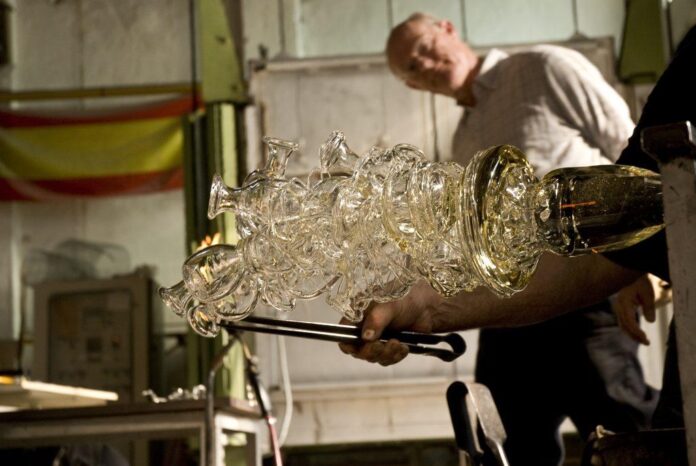 A storied art material, synonymous with Venetian craftsmanship, history, and splendor, is facing unprecedented challenges amid the energy crisis in Europe. Venice’s Murano glass production has been deeply affected by the rapidly rising price for gas, which has forced most of the lagoon’s glassmakers to shut down their studios for varying periods.

This has had rippling effects in the art world. “Murano glass is like solidified, fluid fire, made possible in a furnace,” artist Ai Weiwei told Artnet News. The Chinese artist has been working with the material and is currently exhibiting his Murano glassworks on the island of San Giorgio Maggiore in Venice. Luckily, it was completed before the gas price spike. “The complexity and difficulty of [Murano glass] production is very moving,” he added.

Glass furnaces, like Murano’s, guzzle intense quantities of natural gas to function at consistent, high temperatures, which must be maintained 24 hours a day. For the roughly 100 existing Murano factories, that adds up to about 10 to 11 million cubic meters on a normal year, according to the trade group Consorzio Promovetro Murano. Prices of gas spiked a year ago (even before the Russian invasion of Ukraine), hitting €2.60 per cubic meter ($91 per cubic foot) in July 2022, about a 1,200 percent increase from the normal rate of around €0.20 per cubic meter ($7 per cubic foot) set in September 2021, according to the trade group. Now, the industry is faced with a crisis unlike any other it has experienced since its Roman origins. 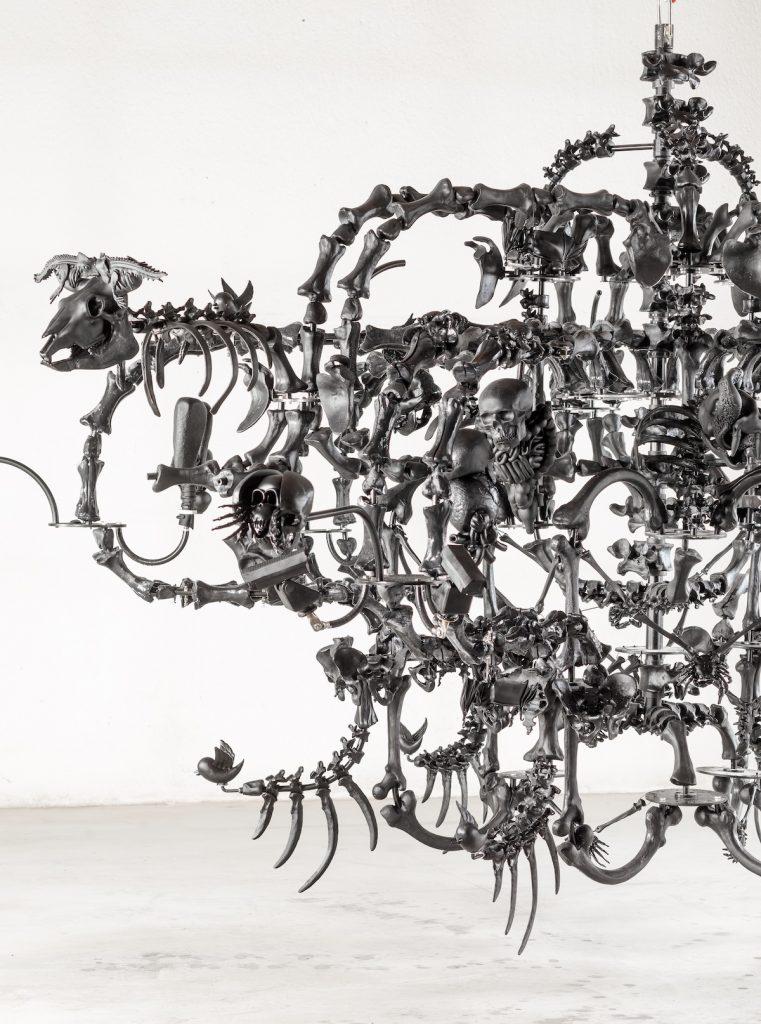 “About 80 percent of [Murano glassmakers] have stopped their production, while the rest work with less power … and fewer workers,” a spokesperson from the glassmaking umbrella group Consorzio Promovetro Murano told Artnet News. They added that gas prices are fluctuating daily as well, making it “impossible” to plan production.

In November last year, Venice’s regional government promised €3 million ($3 million) to Murano glassmakers, to cover the period from November 2021 to February 2022, as natural gas prices jumped from €0.20 to €0.90 per cubic meter ($7 to $31 per cubic foot) due to higher, post-pandemic energy consumption coupled with constrained supplies from Russia and low existing inventory. Further Russian restriction of gas supplies since their February invasion of Ukraine have continued to balloon costs. The glassmaking company Signoretto Lampadari Murano said their bill reached €3 per cubic meter ($106 per cubic foot) in August. As prices continued to fluctuate, dropping to around €1.6 per cubic meter ($56 per cubic foot) this month, the Italian government offered another €5 million ($5 million) in total aid to Murano, added the Consorzio Promovetro Murano.

The current energy crisis comes on the heels of extreme flooding in Venice in 2019 and a major loss in touristic incomes due to the pandemic. For some, this may be the last straw. “This gas crisis is a severe blow to the Murano furnaces. I don’t know if they will all survive,” said Omar Signoretto, commercial and administrative manager of the company Signoretto Lampadari Murano. 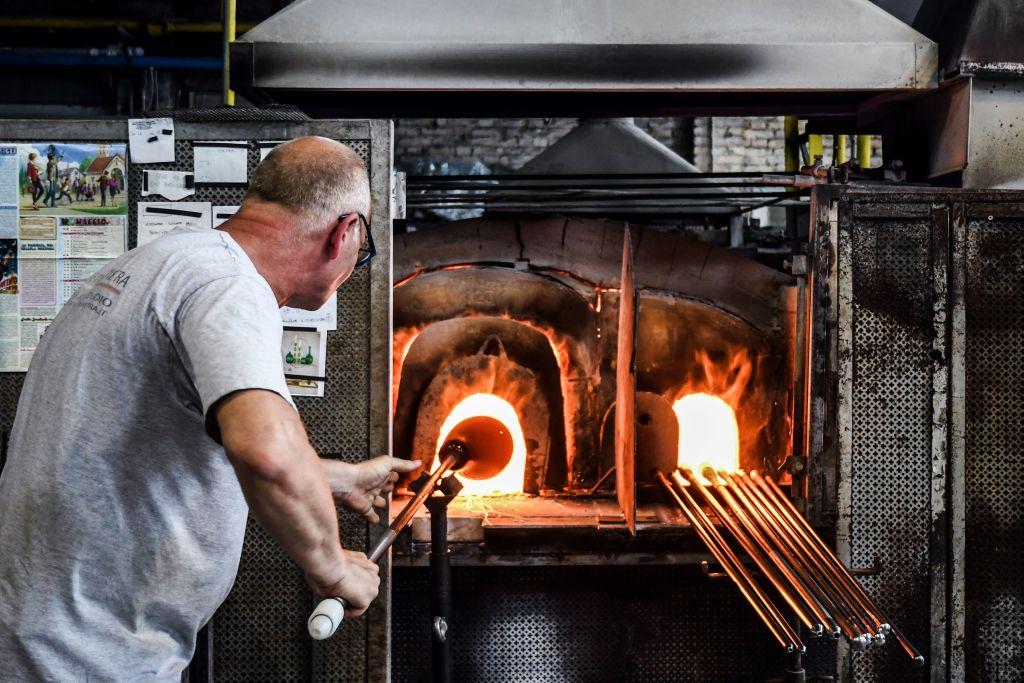 It is cultural heritage, after all: Venice became a hub for fine glassmaking in the 13th century, carefully guarding its secrets of the trade, which were passed down within families. As the industry evolved through invasion and foreign competition, it also offered a unique medium for modern and contemporary artists. During the post-war period, a group of modern artists called the Angel’s Forge, which was later sponsored by American art collector Peggy Guggenheim, made Murano glassworks with artists including Pablo Picasso, Alexander Calder, Jean Cocteau, and Jean Arp.

It has continued to have relevance to contemporary artists. Ai Weiwei, Tracey Emin, and Laure Prouvost (who included glass works in her 2019 French pavilion show) are among those who have recently been introduced to Murano glass through Adriano Berengo’s eponymous studio and foundation, founded in 1989.

His studio most recently crafted a monumental, hanging chandelier that is the centerpiece of Ai’s current show titled “La Commedia Umana – Memento Mori,” in Venice. The suspended tangle of skulls, bones, innards, animals, and surveillance cameras—all in black Murano glass—make one of the largest sculptures ever created in the material. It weighs 2,700 kilograms (5,955 pounds) and took several years to produce. Berengo told Artnet News via e-mail that his studio was managing through the crisis thanks to government aid. 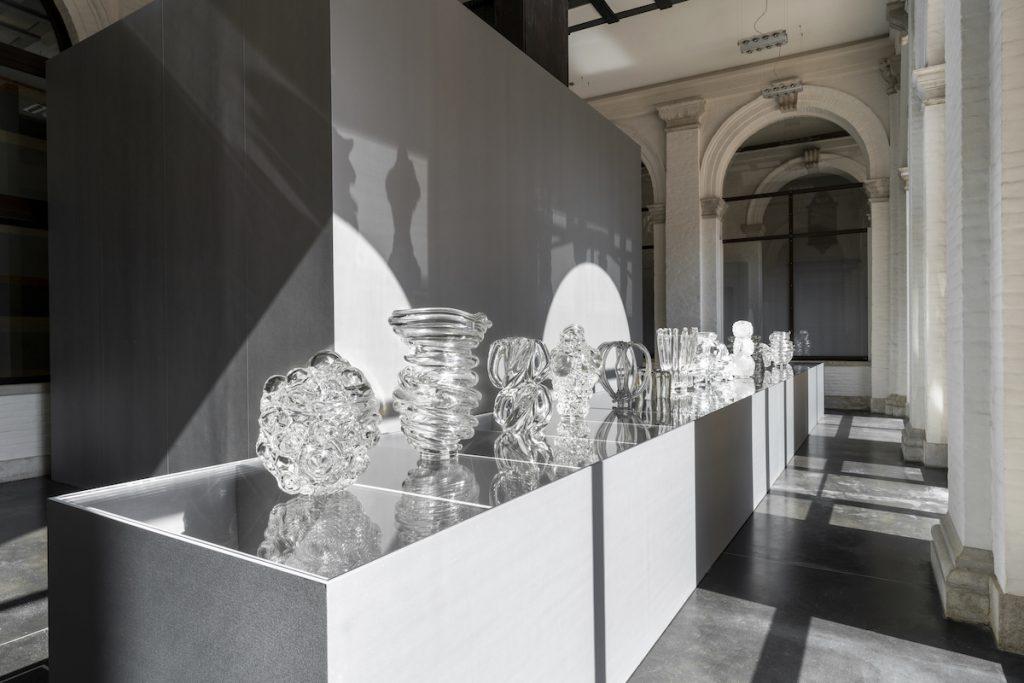 Outside Italy, others are also doing their part. Gallery Pierre-Marie Giraud in Brussels represents Venice-based, Murano-glass artist Ritsue Mishima, born in 1962 in Kyoto, and has been subsidizing the rise in her glassmaking costs.

“We decided to take on the surplus of production costs within our margins, so as not to impact the final sale price, since it wouldn’t reflect a market reality,” Pierre-Marie Giraud told Artnet News over the phone. “We’re waiting to see how the energy prices evolve, but for the moment, we’ve absorbed the increase.” He said production costs varied widely for Mishima’s sculptures, which range from €15,000 to €30,000 ($15,000 to $30,000).

Mishima’s show at the gallery, “Dream of Fire,” which features crystal-clear Murano glass sculptures balanced between still and turbulent motion, ended this month. Her current exhibit, “Glass Works,” is on view until October 30 at Venice’s Gallerie dell’Accademia. The artist remains dedicated to Murano, citing “the beauty of the production process, of the teamwork, which is almost the same since 1000 years … I am confident that the viewers can somehow, always recognize that my glassworks are made in Murano.” Though worried about energy prices, the artist noted “we cannot stop, we must go on.” 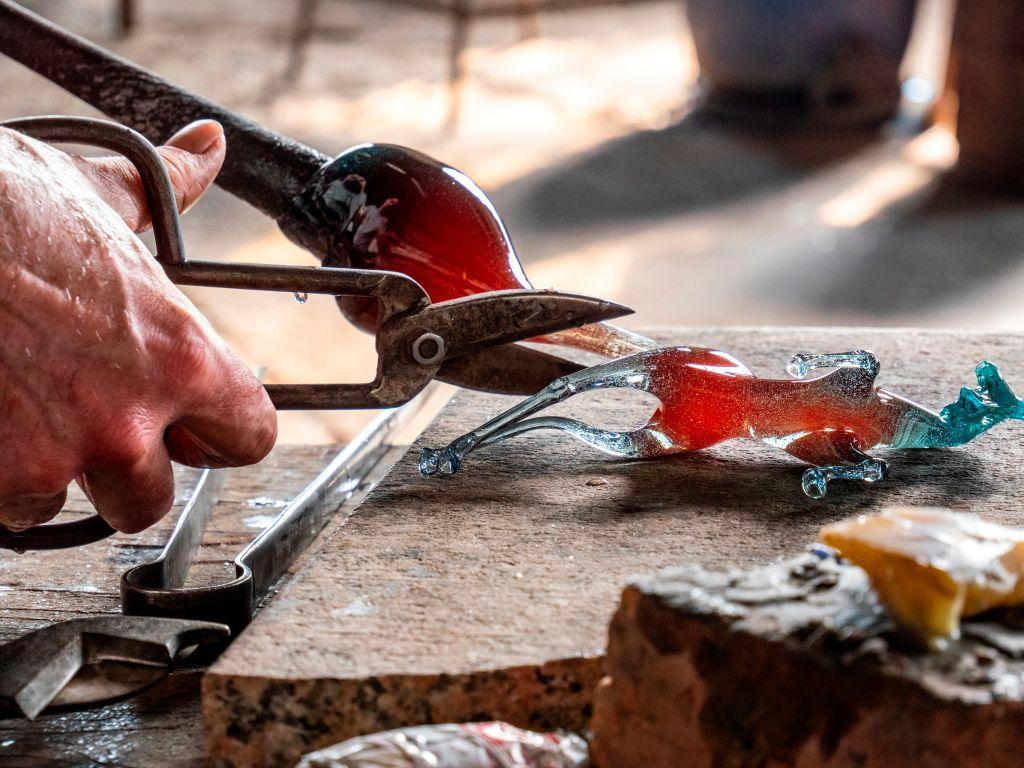 Glassblowing art from Murano, a craftsman during the a craftsman working glass in a traditional glass factory. (Photo by: Dadi Luca/AGF/Universal Images Group via Getty Images)

Giraud was similarly adamant and hoped that the current price squeeze will subside. “That said, if energy prices don’t return to more manageable levels, we won’t stop working. We’ll continue to adapt and do what we love,” he added.

While the artisans collaborating with Mishima have been able to continue working, that has not been the case at Signoretto Lampadari Murano. The family-run business, which won the 2022 Prize Designs for Modern Furniture and Lighting, closed their ovens from March to the end of April, and again in September. For now, they remain closed. Signoretto, the commercial and administrative manager, told Artnet News that he is waiting for more government aid following increases in gas bills, which went up on average by between about 400 and 1,000 percent over the last year, according to him. “It’s impossible with this price to turn on the (two to three) ovens. We’re waiting for new funds from the new government—we hope [it arrives] quickly,” he said.

The spokesperson from the glassmaking umbrella group Consorzio Promovetro Murano sees a glimmer of hope for the future of Murano, but noted that Italy cannot do it alone. “If Europe could move as a community and not as 20 different countries, it would be easier to stop the speculation,” they said. “A price cap appears to be the best solution … Now, the problem has to be solved on a European level.”

An expert’s guide to Tutankhamun: five must-read books on the Egyptian pharaoh

It’s Boom Time for Seoul’s Flourishing Art Market. Here Is Why the Art-Market Gold Rush in South Korea Is Here to Stay

A Former Director of Hauser & Wirth Has Big Dreams for the Video Art. That’s Why He Founded a Tiny Film Festival in Collector-Rich...