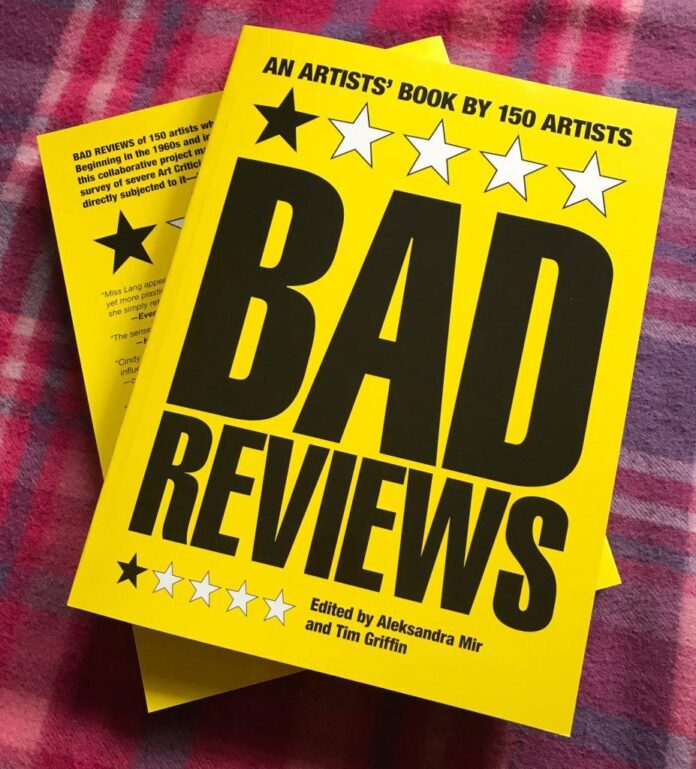 A scathing review can be hard for any artist to face. But 150 artists, some of them active since the 1960s, did just that, contributing the harshest criticism they’ve weathered to , the latest, non-commercial book released from artist Aleksandra Mir’s Retrospective Press.

elegizes the lost art of the negative review, subtly asking if art writing has gone soft. The critics in this volume pull no punches, however, making unfavorable comparisons between lesser-known artists and their more famous peers, and throwing out that ever-popular accusation of the vanity project.

“Key for this conversation is the role discourse plays in our current understanding of art, and—more pointedly—our grasp of whatever similarities and differences there might be between the historical models of criticism and contemporary online feeds of social media,” professor Tim Griffin writes in his introductory essay.

Ed Ruscha, Mikalene Thomas, and other superstars participated in , which was seven years in the making, sharing writing that hails from sources as disparate as Twitter and the Emails from the artists about their contributions are included, often with extra commentary about how deep the barbs stung. For example, Robert Longo says Roberta Smith’s hot takes derailed him, and Carolee Schneemann reminds the archivists that there are even meaner words about her out there.

is not for sale—instead, the book has been distributed to participating artists and a selection of libraries and universities, for scholarship’s sake. Artnet News took a peek and rounded up our ten favorite roasts to keep you warm as the seasons change.

“10th Street, except for an occasional high spot, is only second-rate Madison Avenue, a parasite on, rather than a supplement to, art movements well established commercially uptown.” 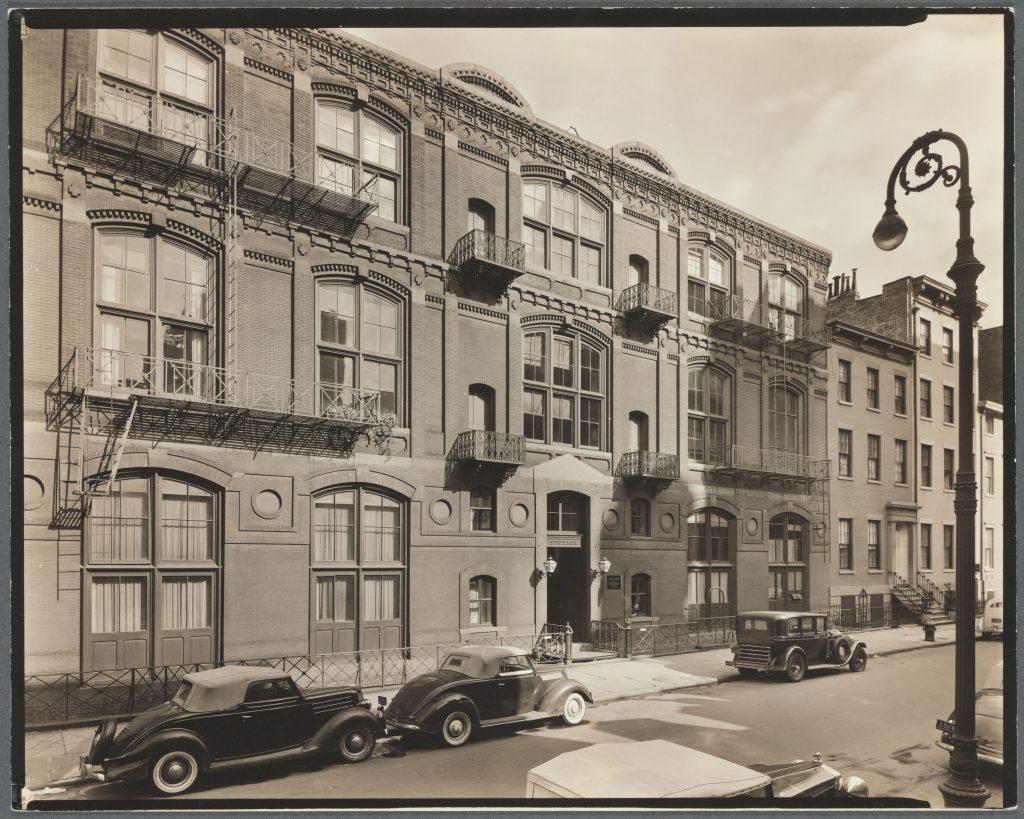 “Fluff. Kid stuff. Taking low to no risks, this chicken shit’s so equivocal it can’t be evaluated. Success does not mean we didn’t fail because we never tried.”

“Ms. Minter seems to be flirting with the idea that there is something glamorous as well as perverse about the sexual obsessions she chronicles; perhaps she wants to be the Camille Paglia of the visual arts.”

“So she defaced Old Glory to take a cheap shot at President Trump? How avant-garde.”

—Todd Starnes, “University of Kansas Flies Defaced American Flag on Campus (On Purpose!),” review of “Pledges of Allegiance” at the Spencer Museum of Art, for , July 11, 2018 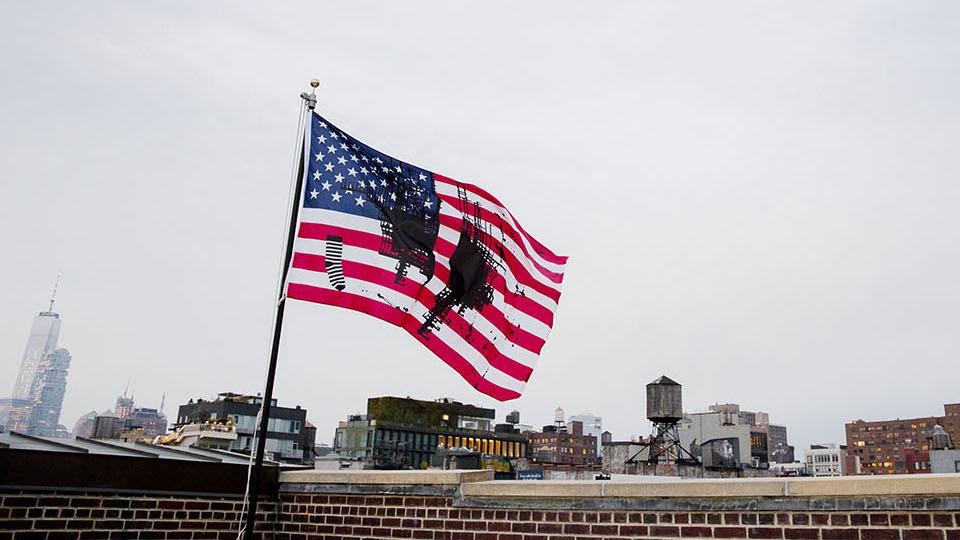 “Both Acconci and Rauschenberg, whose ‘combine’ technique Schneemann embraces, invoke an evasive strategy totally alien to her confrontational ethic: they implicate the audience, while she implicates herself with numerous self-portraits… if Rauschenberg repeats an image he does so for compositional reasons, not, as Schneemann does, for obsessional ones.”

“If Longo hadn’t come along, his art could almost have been plotted on a computer, or dreamed up by a team of artists, designers and technological wizards not unlike the one Longo himself oversees in the production of his work.”

“when i was a kid i thought maybe american apartheid would slowly change
and now we have a black president who does everything white presidents do
he does everything just like them, all his policies are the same—he’s like colin powell
and in the 1990s i felt like things could change, maybe
but now i see white thinking’s not changing and this exhibit and the exhibits at every other museum in the city show this…” 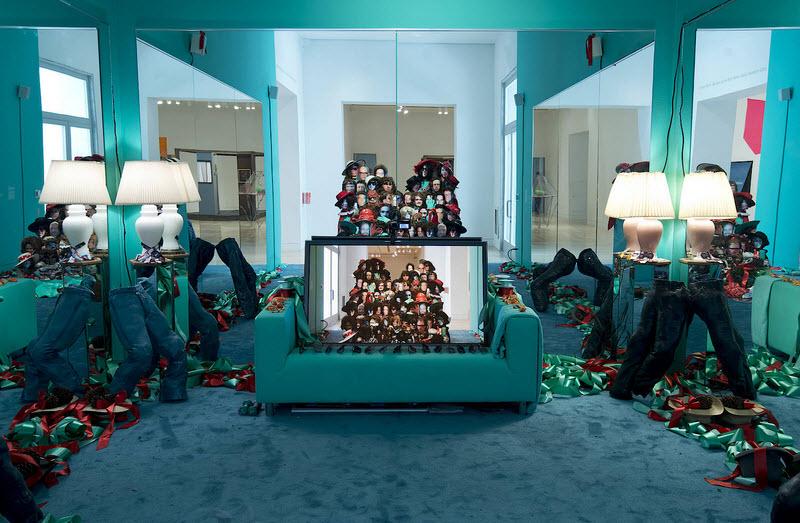 Photo by Brian Forrest. Installation view of Made in L.A. 2014. Samara Golden, (2014). Courtesy of the Hammer Museum.

—Waldemar Januszczak, “Don’t Want to Be an American Idiot,” review of “USA Today” at the Royal Academy of Arts, for (London), October 8, 2006

“Even if we could aside the unlikeliness of the plot, there was the issue of dire overacting—admittedly a recurrent trope in Breitz’s work, but one that hardly makes it easier to stomach. More than a few audience members voted with their feet and left the building.”

“Genco I will kill you.”

DALL-E, The AI Art App, Is the Breakout Star of a New Show About Dreams at Florida’s Dalí Museum

The Bob Marley ‘One Love’ Immersive Experience Will Touch Down in Los Angeles, Complete With a Silent Disco and Weed Garden