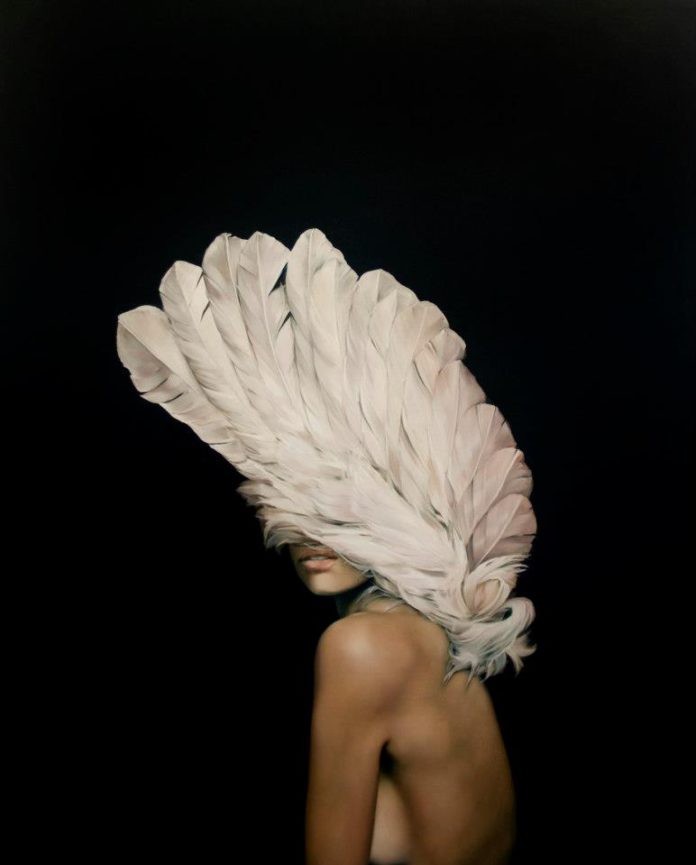 Amy’s work is especially interesting for its ambiguity: the artist creates works at the junction of world history and mythology. For six years, the girl was educated in the field of fine arts, after which she began to create her own works based on her knowledge.

Judd is inspired by the relationship between animals and women that have developed in world history and mythology. In her illustrations, Amy shows the most sensitive moments of life between them, and most often as the heroes of her paintings are mythical creatures – women with the heads of birds. By positioning his work in this way, Judd creates an entirely new world of mythology, where nudity and feathers play the role of symbols of purity, grace and eternity.
Recent work by Amy Judd suggests the viewer immerse themselves in a world of bizarre intrigues, more surreal and seductive than before. Despite the tenderness felt in Amy’s paintings, they are at the same time full of strength, courage, and desire to uncover the unknown mysteries of the universe.