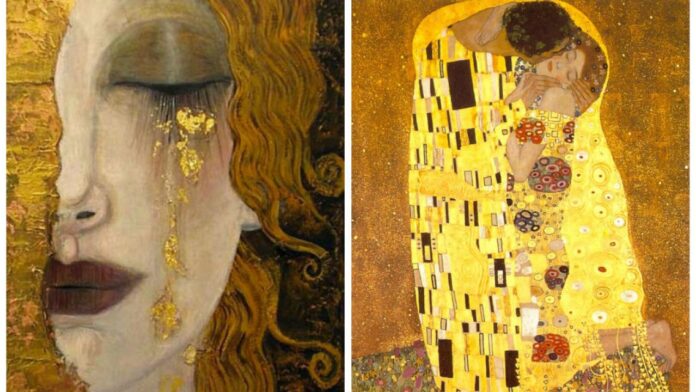 Gustav Klimt is a prolific 19th-century Austrian painter. He was widely revered for his frescoes and paintings of women and beautiful landscapes. The influence of this artist on the art world is hard to overestimate. The artist founded two separate movements: the Society of Artists and the Vienna Secession.
Gustav Klimt was never interested in painting a self-portrait. It was quite an unusual trait for a passionate artist like him. Klimt was not about the social life associated with the artists of his time. Instead of spending time in the company of the powerful, he preferred to practice his influential art at home.
Gustav Klimt was not only an incredible artist but also a very eccentric lover. He allegedly had many affairs with most of his models. It was rumored that he slept with all the women he painted. Klimt’s Kiss was inspired by Emily Floge, the younger sister of Klimt’s sister-in-law (and, interestingly, the love of his life).
Gustav Klimt created many works of art. Here are five of his most famous oil paintings.

The Kiss is an oil and gold leaf painting that is considered Gustav Klimt’s most successful work – he painted it during his “golden period”.Klimt loved to depict love, sexuality, and intimacy in his work. These themes come to the fore in The Kiss, which describes a couple wrapped in a warm embrace. It seems that a man kisses his chosen one on the cheek.

Klimt`s Kiss caused a wide public outcry, prompting Klimt to sell it before it was finished. This painting is extremely important to Klimt and art because it embodies the timeless, universal perspective of romantic love.

Adele Bloch-Bauer I, 1907 is one of Klimt’s most beautiful oil paintings. In this portrait, completed in 1907, Gustav Klimt depicts Adele Bloch-Bauer, the wife of Ferdinand Bloch-Bauer (a Viennese sugar magnate and banker).

Ferdinand Bloch-Bauer asked Klimt to paint an elaborate portrait of his beloved wife. The portrait was an anniversary gift for Adele’s parents in the coming months. He incorporated gold and silver leaf into his painting technique, using a mixture of paints called gesso to paint on canvas. The portrait caused a lot of negative reviews from critics, who called it bizarre, absurd, and mosaic wall grotesque.

Gustav Klimt enjoyed working with this particular model, Adele Bloch-Bauer. In fact, she was the only person who was privileged enough to have Klimt paint her portrait twice. In this portrait, Adele Bloch-Bauer is depicted in a luxurious dress that emphasizes her royal status. The background was painted with abstract blocks and embellished with gems.

The portrait of Adele Bloch-Bauer II was of great importance to the Block-Bauer family, as he lived in the family home until the Nazis took it over during World War II.

Judith is Klimt’s masterpiece, inspired by the biblical heroine Judith. According to legend, Judith seduced General Holofernes, the commander-in-chief of the Assyrian army, and then beheaded him to prevent the devastating onslaught of the inhabitants of Bethulia (her hometown).

The central theme that Judith represents is the triumph of virtue over vice. The model posed for this revered masterpiece was Adele Bloch-Bauer. It is now clear that she was Klimt’s favorite model. The painting depicts a beautiful lady with jet-black hair and a lewd perverted demeanor, holding in her hands a severed head belonging to Holofernes, the slain general.