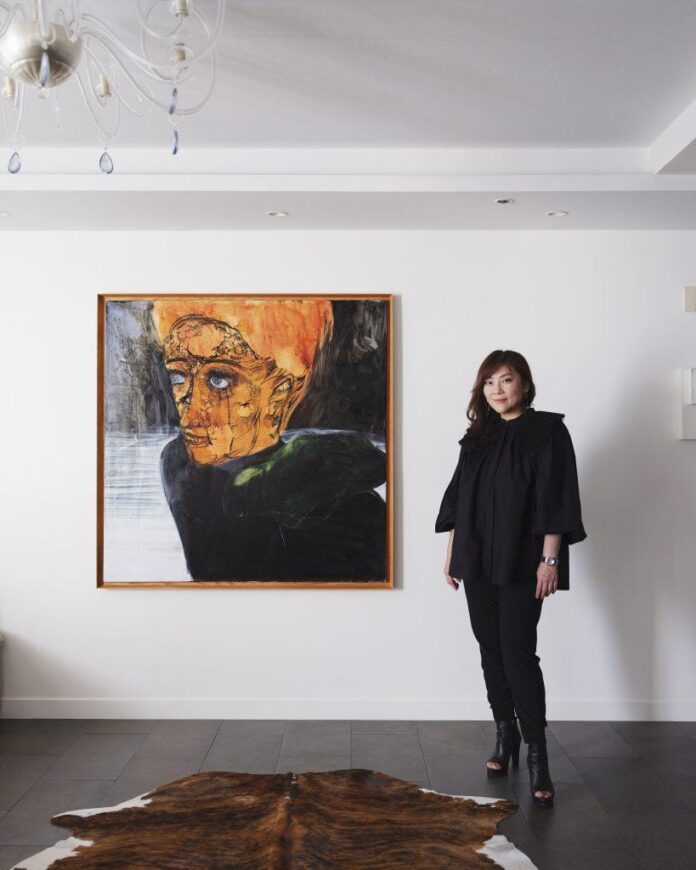 To collector Lyu Jihye, art is more than just a window to the world or a way to bridge connections with others. Though she was interested in art from a young age, it ultimately became a place where she found solace during hard times as an adult. “There was nothing I could do to fix the relationship between my son and I when he was a teenager. I hit rock bottom. During one of those desperate days, I visited a gallery randomly and found peace and answers from art. And just like that, I learned the power of art and fell in love with it,” she recalled.

Now, four years after she dedicated herself to collecting and first opened her home to visitors of Art Busan, Lyu is ready to take her role as collector a step further by creating new opportunities to support artists and give back to the community.

“I see myself as a facilitator in this art ecosystem. Initiating new projects with artists give me tremendous energy,” the 49-year-old told Artnet News. “I also got to learn about various social, political, and environmental issues too. I would love to share this experience with others.”

Lyu has already assembled more than 100 pieces in her collection, which features a good mix of the so-called MZ generation Korean artists (a term grouping millennials and Gen Z), including Seungcheol Ok, Heejun Lee, and Heemin Jeong, as well as international artists. As South Korea sees the launch of Frieze Seoul this week, which is held concurrently with Kiaf and Kiaf Plus fairs, while coinciding with the opening of the Busan Biennale, Lyu hopes the week will be more than just a congregation of foreign galleries in the country.

“There are a lot of young and talented Korean artists. I hope they can have a chance to be introduced to the global art market through this whole movement,” she said. 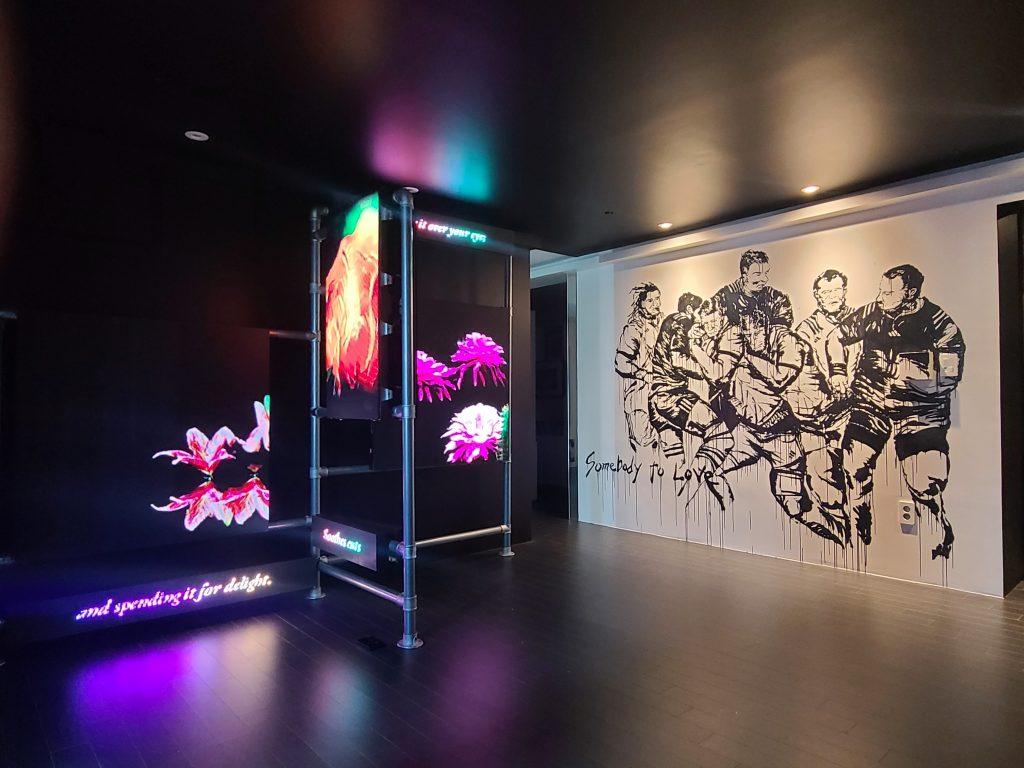 It was a Korean painting by Park Byung-Il. I purchased it for $5,000 fifteen years ago.

It is a photograph of my family by Lee Ye-Eun, a young photographer. I wanted to have a bit of a special and different family photograph. It surely was not a typical one. I had seen her photographs with objects piled up, and it occurred to me that we could have a unique family photograph by using our personal items in the way she worked. Each of my family members chose his or her own stuff. My husband, a lawyer, chose a code of laws, and my son chose his baseball bat which he got for his first birthday. The family members and relatives wrote short remarks to commemorate his birth on the bat. I chose post-its with messages that I wrote to my family.

The photographer came to my house and spent the whole night building the items we selected. She piled up the thick book, the baseball bat, and the post-its. Finding the gravitational centers of the objects with different shapes and properties without using any types of adhesives surely was a difficult task. They kept falling off, but she kept piling them up again and again. And her efforts bore fruit at dawn. As the members of my family do to one another, our personal items were leaning against one another in balance. It was more than just possessing an artwork because I had an opportunity to understand what she meant by “labor” when she said that her works were also about labor.

Artist Hong Soun has created paintings and sculptures without boundaries. Hong is a splendid artist and I have a lot of respect for him. I had a chance to see his lithographs which he made while he was studying in France. Even Hong himself forgot about them, and they haven’t been exhibited in Korea before. I liked them a lot. As I saw the lithographs, I felt the urge to make a decent publication with these works. There is always a time limit when it comes to exhibitions, and I cannot purchase all the works in a show. So, I think it is quite meaningful to publish a book of artworks so that we can share good artworks with more people. And as they were lithographs, they match with the format of a publication. Adding a wonderful lithograph book of the artist to my collection… Just thinking about it makes me happy. 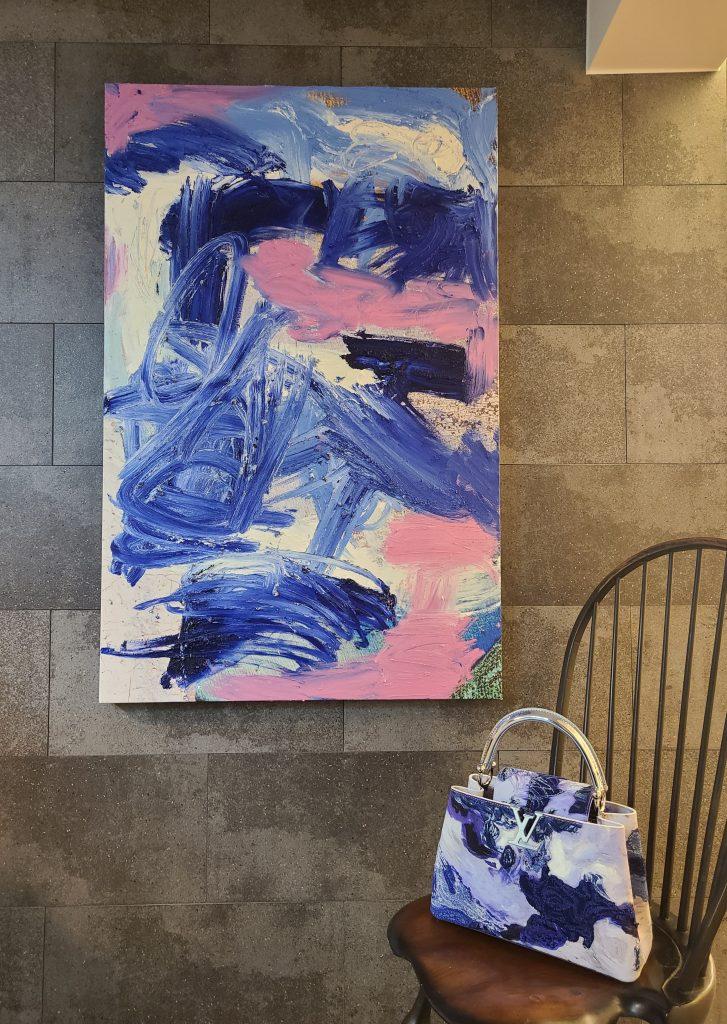 It is Hito Steyerl’s .

I do not draw a distinction: I buy at major galleries, but I also visit small galleries so as to buy artworks by young Korean artists.

No. Since I was in touch with my emotions and my personal conditions at the moment, any time I look at the artworks, I recall the moment I bought those and am delighted and wish to be a better person.

I placed a work of Stanislava Kovalcikova that I bought from Peres Projects in my living room above the sofa. In the sauna room, there is a work that contains the image of someone taking a shower by Yoon Jeongmin, a young Korean artist.

I have to say the mural by Choi Dae-Jin, which was recently painted in my small collection room. Choi, who has lived and worked in France for a long time, has developed his own brushstroke techniques that are nonchalant, but strong and sensitive.

Because I liked his murals, I asked him to make one. As we all are going through a troubled time with wars, I told him that war would be a suitable theme for the mural. He browsed war images on the internet and metaphorically interpreted those images on the wall: There were rugby players from two different countries competing in a match. The players with inflated muscles were pushing one another, and their strengths were literally relayed to the viewers. There are traces of Chinese ink running down the wall. He captured an event happening somewhere in this world. 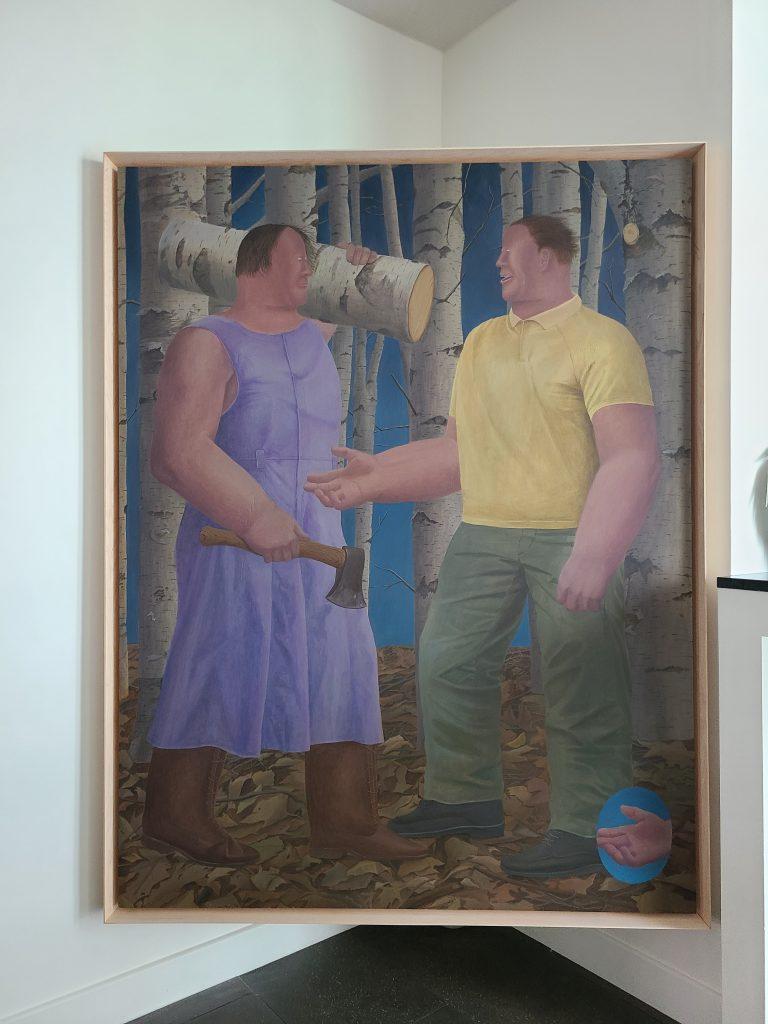 Ryu Yaerim, Looks Delicious, Can I Have A Bite?. Courtesy of Lyu Jihye.

In the room where the mural is, there is also by Hito Steyerl. It is quite interesting to see them together as it seems that these two works are having a dialogue about the near future of mankind, even though there are clear differences between the works and their materials. Maybe that is why I imagine a certain situation actually taking place somewhere in this world whenever I go into the room.

I understand that not many individuals possess murals. As I watched the artist stay in my house and create his work, I realized that owning a mural means owning the time, space, and memory that I had with the artist while they worked on it.

I am keeping my eyes on media arts.

I would like to go back to 1916 and steal the performances that Dadaists held at the Cabaret Voltaire in Switzerland.