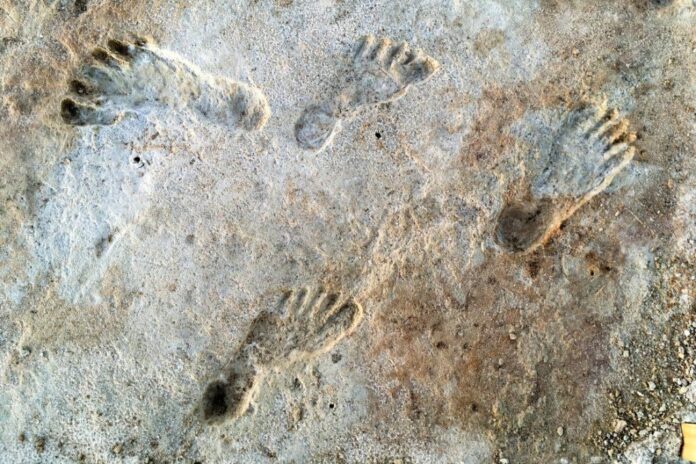 A joint team of American researchers has contradicted previous claims that fossilized footprints found in 2009 in the Lake Otero Basin at New Mexico’s White Sands National Park are the oldest in North America—allegedly from the last Ice Age. The group’s latest work appeared in a recent edition of Quaternary Research.

Last September, researchers from the U.S. Geological Survey radiocarbon dated Ruppia cirrhosa seeds lodged throughout the footprints. Their results implied the footprints were left between 22,800 to 21,130 years ago. Previously, the earliest-known human beings in North America were dated between 14,000 and 16,000 years ago. If true, the conclusion would upend all manner of assumptions in the field.

The team published its findings in Science last year. “This is a bombshell,” Ruth Gruhn, an academic archaeologist not involved in the study, observed. “It’s very hard to disprove.”

Charles Oviatt, a Kansas State University geologist who helped refute those claims, told Heritage Daily this week that he read the original Science article, “and was initially struck, not only by how tremendous the footprints were on their own, but how important accurate dating would be.” 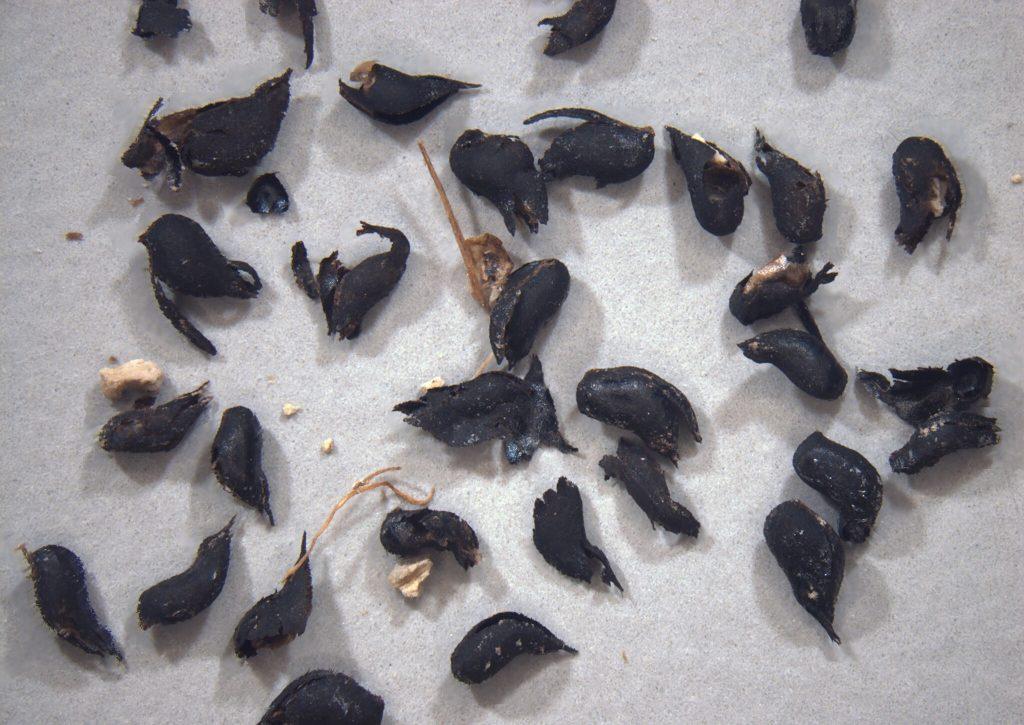 Radiocarbon dating on ancient ditch grass seeds found in the footprints determined that they were made up to 23,000 years ago. Photo by David Bustos, courtesy of White Sands National Park, New Mexico.

Last year, researchers acknowledged potential interference due to the “reservoir effect.” Underwater plants like Ruppia cirrhosa, an underwater ditch grass, can appear much older since they photosynthesize from the water, which often holds ancient carbon, rather than in the atmosphere, which would create a more contemporary picture.

Oviatt joined three colleagues from DRI, University of Nevada, and Oregon State University in arranging to test Ruppia cirrhosa samples archived at the University of New Mexico herbarium. They had originally been collected while alive from a spring-fed pond close by during 1947.

Leading commercial radiocarbon lab Beta Analytic conducted dating on those archived samples. Results dated the plants as 7,400 years old, “an offset resulting from the use of ancient groundwater by the plant,” Heritage Daily noted. If those results were skewed by 7,400 years, then there’s a chance that footprints at White Sands actually align with existing records.

“While the researchers recognize the problem, they underestimate the basic biology of the plant,” said Rhode. “For the most part, it’s using the carbon it finds in the lake waters. And in most cases, that means it’s taking in carbon from sources other than the contemporary atmosphere—sources which are usually pretty old.”

It’s all just the scientific method at work. “The original investigators went to some lengths to corroborate their claims and I am told they are still working on it,” Rhode told Artnet News. “They have publicly recognized the need for such corroborative evidence to convince the community at large. There is now and will continue to be much more work on this one.”