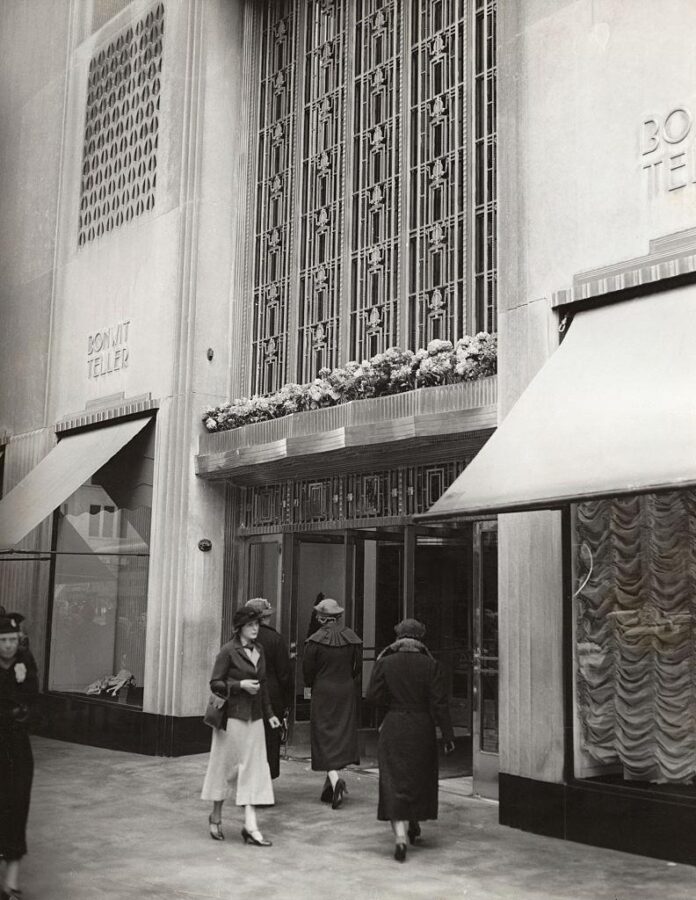 Donald Trump’s relationship to the Metropolitan Museum of Art was permanently damaged early on. He refused to donate artworks that he had promised to the museum and instead had them destroyed, along with a venerable building that had played an important role in American art history.

At that site, the intersection of Fifth Avenue and 56th Street in Manhattan at which Trump constructed his prestige project Trump Tower between 1980 and 1982, the flagship store of the luxury department store chain Bonwit Teller and Co. had earlier stood. The 1929 building was the work of the same architects who had designed Grand Central Terminal, Whitney Warren and Charles Wetmore. It was intended originally to house the women’s department store Stewart. Bonwit Teller, who took over the building in 1930 and opened it anew, soon worked with world-famous artists. Starting in 1936, the Spanish surrealist artist Salvador Dalí regularly decorated the windows with spectacular installations, for example in 1939, working with the theme “night and day.” In the 1950s, Jasper Johns and Robert Rauschenberg worked for the company on the side as window dressers, using the pseudonym “Matson Jones.” Among other things, Johns displayed his now iconic painting Flag on Orange Field behind a mannequin in the windows in 1957. That same year in the same place, Rauschenberg showed his Red Combine Painting along with others. Two years earlier, the large photographic work Blue Ceiling Matson Jones could be seen in the background of the Bonwit Teller windows.

In 1959, James Rosenquist was also working for the department store. A half century later, he recalled: “By the late 1950s I’d begun to lead a double life. In the daytime I painted billboards and designed display windows for Bonwit Teller, Tiffany’s, and Bloomingdale’s; at night and on weekends I hung out with artists and painted.” In 1961, five large-format paintings by the then almost completely unknown artist Andy Warhol stood and were hung in the windows on Fifth Avenue. Warhol was then earning his living mostly with advertising assignments, starting in 1951 with work for Bonwit Teller display director Gene Moore. At the time, this descendant of Carpatho-Rusyn immigrants was not taken seriously as a painter. Ten years later, Warhol changed his approach, putting his own works in the windows of Bonwit Teller, and his global career took off. Today a museum director would kill for one of these paintings—among them, the now famous Blast with its Superman theme, and Before and After 1 which depicts a nose job. “For more than 50 years, Bonwit Teller had an eye for the New York avant-garde art scene,” as the scholarly publication The Art Story summarized the meaning of this New York art site. “Under Moore’s direction in the midcentury, Bonwit Teller gave many modern artists their start in the world of art and design. With free creative reign, avant-garde artists experimented in the department store window, turning a glass case into an alternative art space, and introducing the public to new and exciting styles.” 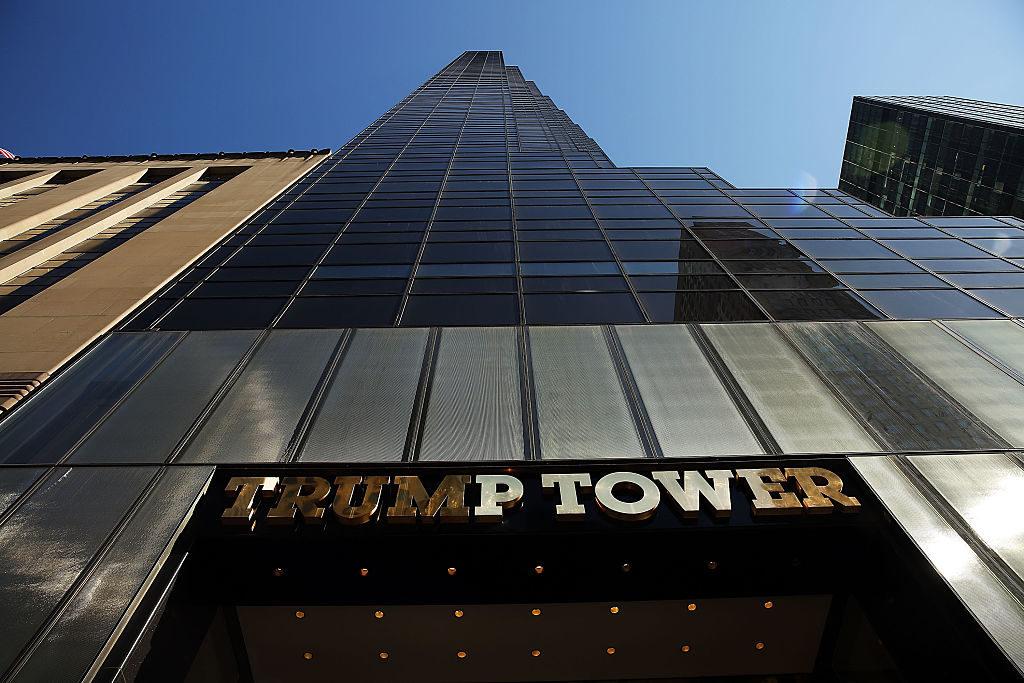 This part of the history of art and of New York City appears to have eluded Donald Trump. And that’s not all: the developer wasn’t even willing to save the artworks inside the building from destruction, breaking a promise to the renowned Metropolitan Museum of Art, which is nearby, because profit and time were dearer to him than culture.

After all, Trump hadn’t bought the Bonwit Teller building for $15 million in 1979 when the department store went bankrupt in order to preserve an historical monument. He wanted to create a monument to himself: Trump Tower. The demolition was already decided upon when the contracts were signed. And the art that decorated the building was only of interest to the developer for a short time, when he believed that he could do some business with it and buff up his reputation, Trump’s eternal principle when it comes to art.

Close to the top of the 11-story building there were two limestone relief panels of two nearly naked women brandishing large scarves, as if dancing, in which the Metropolitan Museum of Art had expressed a strong interest for its sculpture collection. The Metropolitan, one of the largest and most important museums in the world, had also wanted to add to its department of applied 20th century art the six-by-nine meter, geometric-patterned bronze latticework that hung over the entrance at Bonwit Teller. By all accounts, Trump had agreed to donate both, if his workers were able to remove them from the walls.

The New York Times and The Washington Post reconstructed what happened next. Their investigations demonstrated not just that Trump broke his promise and destroyed valuable art. The journalists discovered that, when his cultural crime caused an uproar, Trump hid behind a pseudonym and lied to the public: “What followed was a display of arrogance, excuse-making and avoidance of tough questions that is familiar to anyone who has observed Trump’s interactions with the media throughout his campaign for the White House.”

When journalists inquired of the Trump Organization about the existence of the two limestone Art Deco friezes, a spokesperson going by the name John Barron replied: three independent experts had found that the works had “no artistic value” and were worth at most an estimated $9,000.  According to “Barron,” the removal would have cost $32,000 and would have meant a week and a half delay of the demolition work. The alleged costs for the delay were later calculated by Trump’s side to be $500,000. The next day “Barron” was quoted as saying that the bronze latticework that had hung over the entrance to the Bonwit Teller building was also missing: “We don’t know what happened to it.” The artist Otto J. Teegan, who had designed the piece in 1930, responded, “It’s not a thing you could slip in your coat and walk away with.” “It’s odd that a person like Trump, who is spending $80 million or $100 million on this building, should squirm that it might cost as much as $32,000 to take down those panels.” 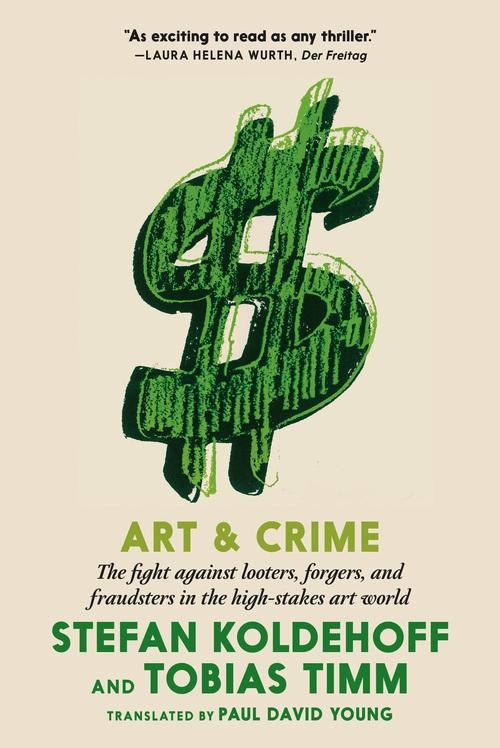 The cover of ‘Art and Crime,’ out now from Seven Stories Press.

The journalists didn’t give up searching for these artworks that had been promised to the American public. Three days later, the New York Times wrote, “Repeated efforts over the last three days to reach Mr. Trump have been unavailing.” On the fourth day, the real estate developer contacted the journalists and explained that he had ordered the destruction of the Bonwit Teller reliefs himself: “Because their removal could have cost more than $500,000 in taxes, demolition delays and other expenses, and might have endangered passing pedestrians on Fifth Avenue. ‘My biggest concern was the safety of people on the street below,’ said the 33-year-old developer, who contended that cranes, scaffolding and the most careful handling could not have assured the safe removal of the cracked and weathered two-ton limestone panels from high on the building’s facade. ‘If one of those stones had slipped,’ he said, ‘people could have been killed. To me, it would not have been worth that kind of risk.’” In truth, Trump’s biographer Harry Hurt III confirmed, Trump himself ensured that the workers were told to remove the bronze latticework over the entrance with blowtorches, separate the friezes from the walls with jackhammers and break them off with crowbars, and throw them down into the interior of the building where they shattered into a million pieces. Ashton Hawkins, vice president and secretary of the board of trustees of the Met, was among those outraged and told The New York Times in June 1980: “How extraordinary. I know that there was an offer of a gift in the event that the objects could be saved. I would think that would be sufficient to guide them in their actions. We are certainly very disappointed and quite surprised.” Hawkins dismissed with a single sentence Trump’s argument that the sculptures had no value: “Can you imagine the museum accepting them if they were not of artistic merit?” “The reliefs are as important as the sculptures on the Rockefeller building,” elaborated the gallerist Robert Miller, who had assessed the reliefs earlier. “They’ll never be made again.”

Today as president Trump labels everything that doesn’t conform to his political ideas “fake news,” but he had to admit that he had adopted a false identity to explain his point of view to the public. The alleged press spokesperson John Barron, who sometimes called himself Baron and occasionally identified himself as vice president of the Trump Organization, was none other than Trump himself. In a legal proceeding in the United States District Court for the Southern District of New York in Manhattan concerning the illegal employment of Polish workers in the building of Trump Tower for $4 an hour Trump admitted that he and one of his executives have used the name John Barron in some their business dealings. Outside the courthouse, he explained confidently: “Lots of people use pen names. Ernest Hemingway used one.” Sometimes he used the alias “John Miller” for statements such as those about famous women like Madonna or Kim Bassinger who supposedly wanted to meet Trump. In March 2006, Melania and Donald Trump named their son Barron.

Two contemptuous statements Trump made later in 1980 show that the Bonwit Teller affair, which did long-term damage to his reputation in New York’s intellectual circles, continued to trouble Trump. At an event in the Grand Hyatt Hotel in Manhattan, Trump, its owner, expressed his opinion about the table decorations made out of gold mylar and the lion’s head medallions over the entrance to the ballroom: “Real art, not like the junk I destroyed at Bonwit Teller.”

And in the summer of that year, a New York Times story quoted Trump: “‘There is nothing I would like to do more than give something to a museum,’ he said in a recent interview. Why? ‘I’ve always been interested in art.’ A visitor observed that there was no art in Mr. Trump’s office. The developer considered this for a moment. Then, with a smile, he pointed to an idealized illustration of Trump Tower hanging on one of the walls. ‘If that isn’t art,’ Mr. Trump said, ‘then I don’t know what is.’”