Home News You Can Help the Smithsonian Pick a Design for the National Air...

The National Air and Space Museum (NASM) in Washington, D.C., has released five design proposals for their forthcoming Bezos Learning Center, inviting the public to explore and give feedback via their website through September 19.

This addition to the Smithsonian’s portfolio will replace Wright Place. The recently razed NASM satellite location, designed in 1988 by HOK, turned into a food court and was later denied official landmark status.

Paired with a massive exhibition rehaul that’s has kept the NASM closed since last year, the Bezos Learning Center will help shift the institution’s focus from the origins of flight to space travel. It will host restaurants, exhibition spaces, a rooftop terrace, and a public observatory— but the driving goal is to spark curiosity and inspire children to engage with STEAM.

The building is named after the billionaire Amazon.com founder Jeff Bezos, who donated $200 million to the Smithsonian last year. The gift broke the record for their largest donation ever, set by the institution’s founder Joseph Smithson in 1846. From Bezo’s funding, $70 million will go to NASM, and $130 million to the new learning center specifically.

One firm calls their proposal “Mission Control.” Another drew inspiration from gravitational pull for a building that “metaphorically places the individual student, educator, and visitor at the core of the galaxy.” In an earth-bound curveball, yet another evokes a honeycomb to honor the Smithsonian ecosystem.

“These design concepts are not final submissions of designs that we will select one of, but are concepts to demonstrate how the firms would approach the project,” a representative clarified in an email to Artnet News. “This is to help in the process to select the firm we will work with on the project, not the final design.”

Shortlisted firms will still have to present their designs and answer to the selection panel, with final designs due by around 2023. The Bezos Learning Center is set to open to the public in 2026, during the museum’s 50th anniversary. In the meantime, take a look at the ideas on the table and cast your vote.

Views of a the public commons pitched by Firm A, which submitted the honeycomb-inspired design. 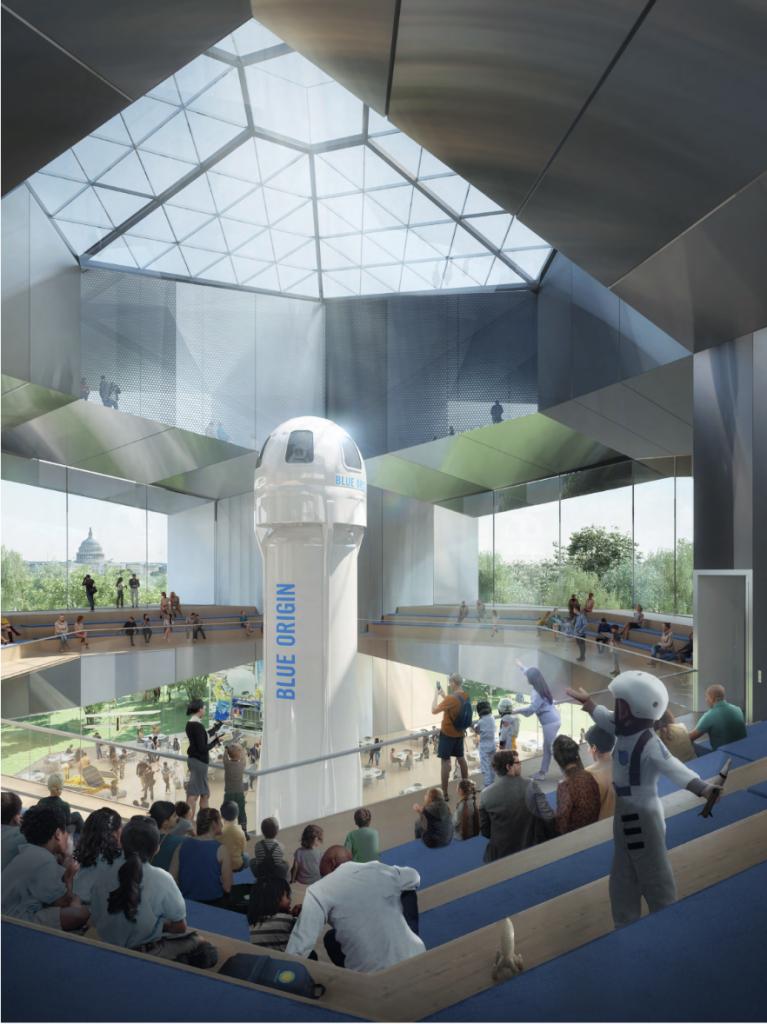 Views of a possible “inclusive, accessible and interactive Learning Forum,” also from Firm A. 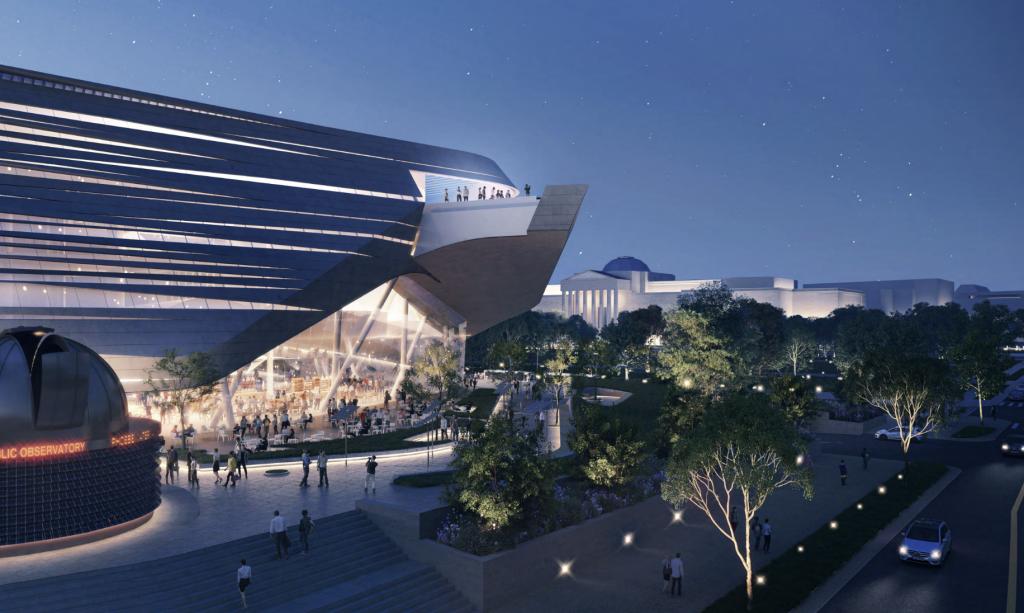 Exterior view of the plan submitted by Firm B, with the National Gallery of Art’s West Building visible just beyond. 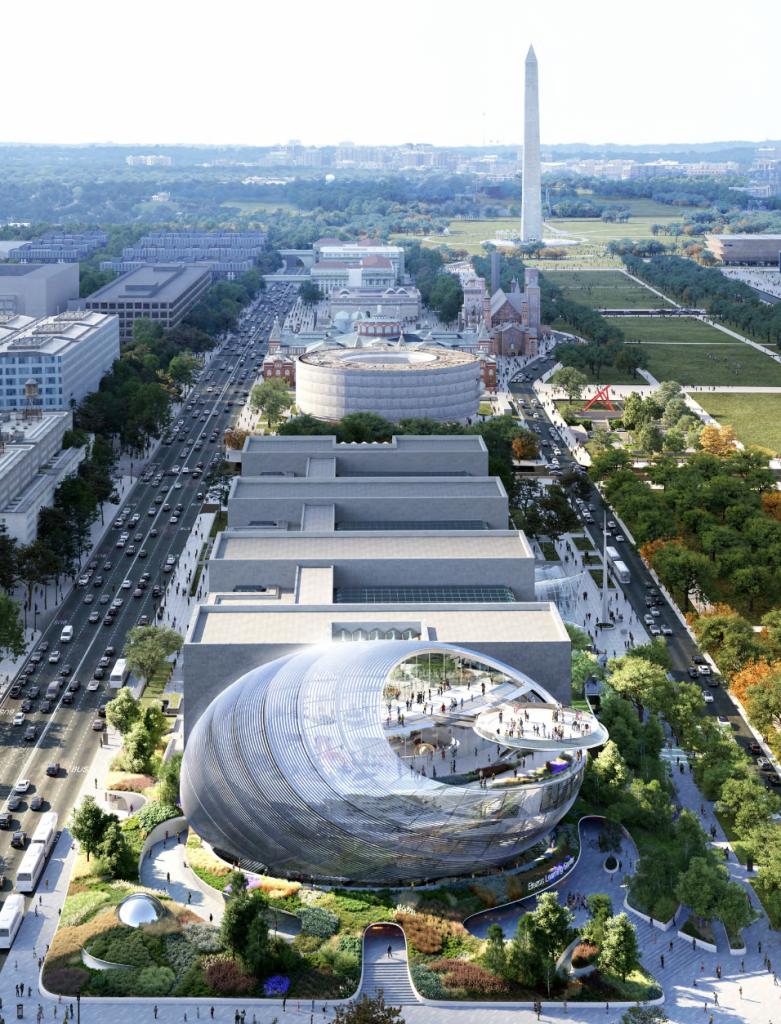 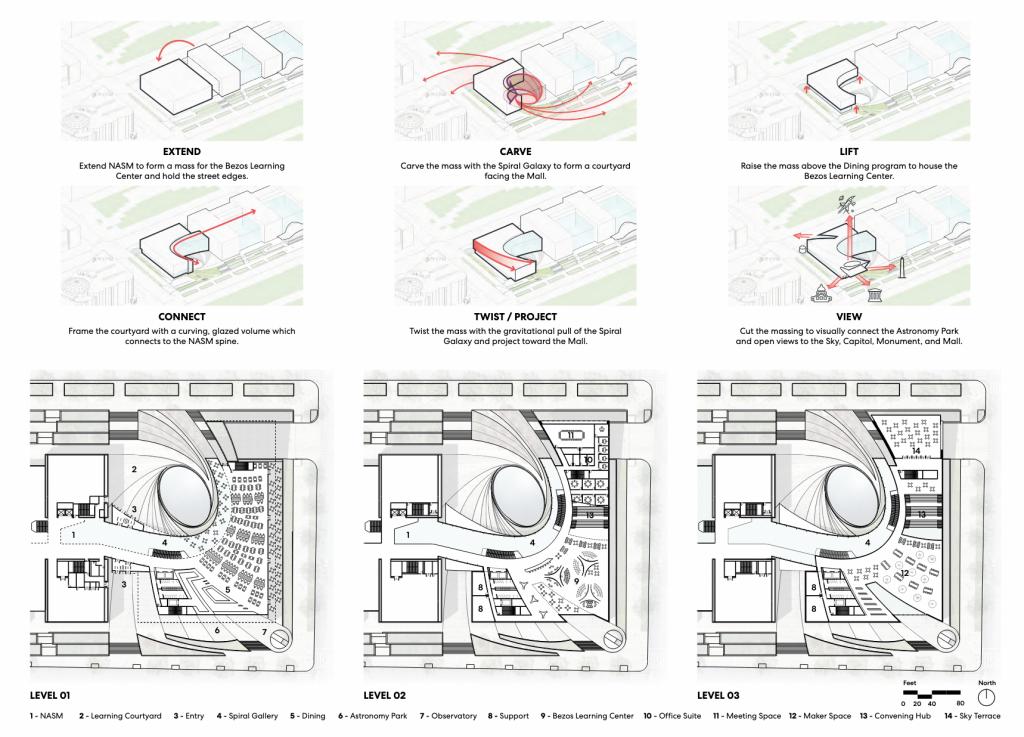 Firm D explains the thinking behind the galaxy-inspired design in their proposal.

A look at the “Spiral Gallery” interior section of Firm D’s design. 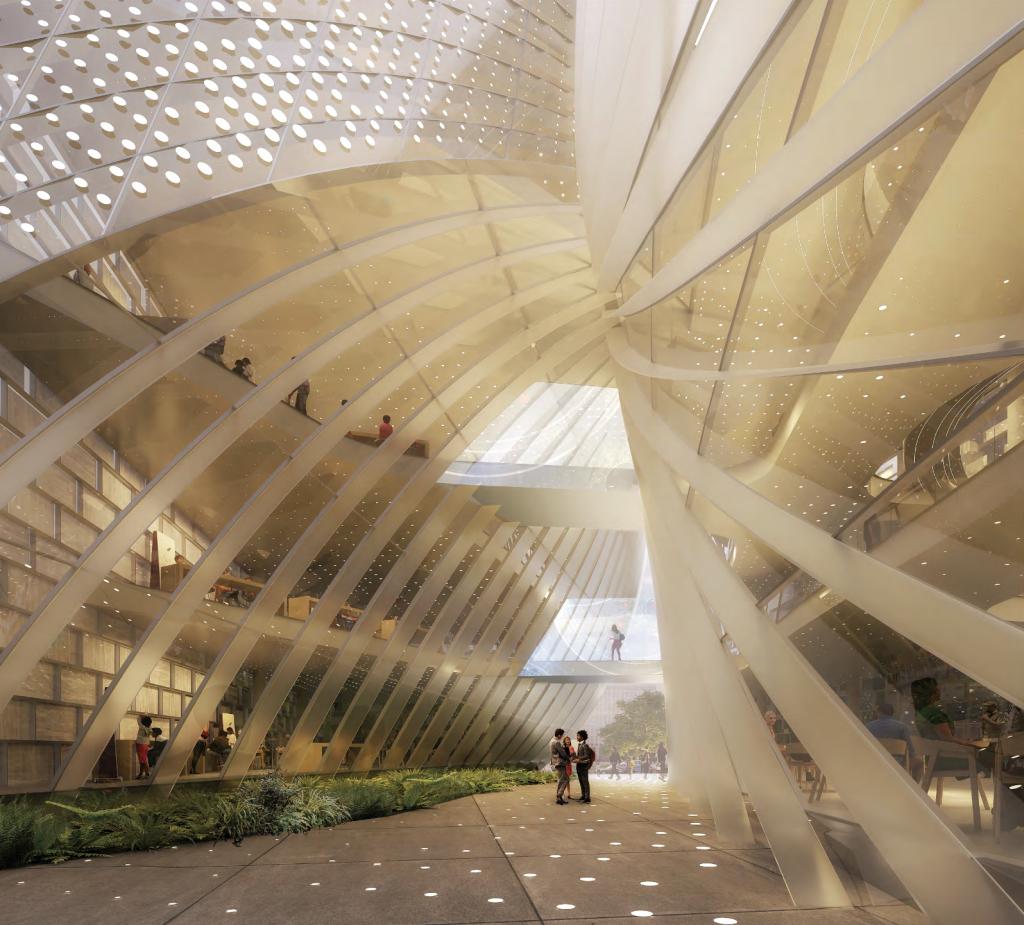