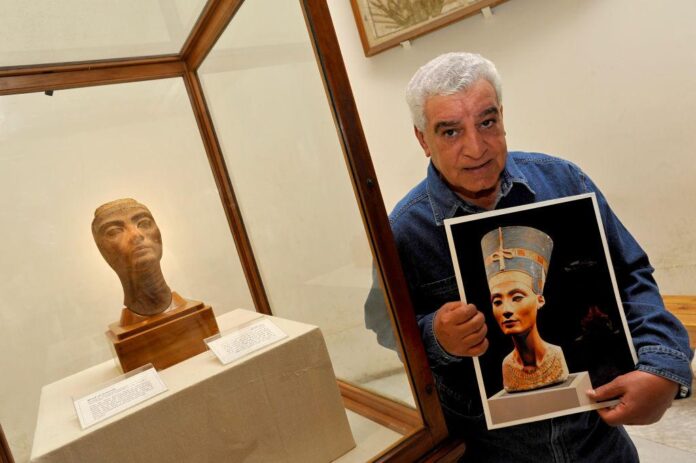 Hawass is part of an Egyptian-led mission that announced in December that antiquities discovered around Luxor resembled amulets known to belong to King Tut. It also unearthed the mummy in question that month in the west bank of Luxor.

“We already have DNA from the 18th dynasty mummies, from Akhenaten to Amenhotep II or III and there are two unnamed mummies labeled KV21a and b,” he told . “In October we will be able to announce the discovery of the mummy of Ankhesenamun, Tutankhamun’s wife, and her mother, Nefertiti.”

“There is also in tomb KV35 the mummy of a 10-year-old boy,” he continued. “If that child is the brother of Tutankhamun and the son of Akhenaten, the problem posed by Nefertiti will be solved.”

Nefertiti lived between 1370 and 1330 BCE. She was step-mother to King Tut and wife to Pharaoh Akhenaten, who ruled over a prosperous period. According to, Akhenaten converted the country to a monotheistic state worshiping the solar disk Aten, even moving the capital to a new city called Akhetaten, meaning “horizon of the god Aten.”

“His successors tried to erase his name and legacy,” said. “His capital was abandoned, and artworks featuring his likeness and name—and that of his family, including Nefertiti—were defaced. Their legacy would stay buried for millennia.”

Nefertiti’s role as ruler is still up for debate. “I am still looking for two things: [Nefertiti’s] grave and her body,” Hawass said, via . “I really believe that Nefertiti ruled Egypt for three years after Akhenaten’s death under the name of Smenkhkare.” 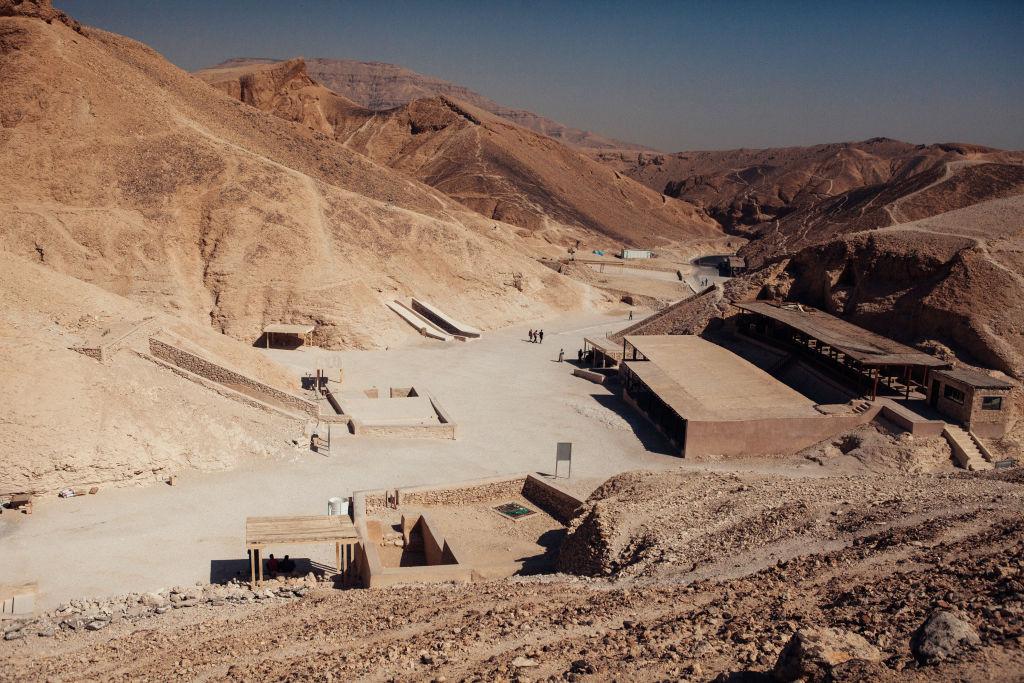 The Valley of the Kings sits largely empty of tourists on October 23, 2013 in Luxor, Egypt. The Valley of the Kings lies on the west bank of the Nile River, near Luxor, and is home to the world’s most famous collection of Pharonic tombs, dating from Egypt’s New Kingdom of 1550 – 1150 BC. (Photo by Ed Giles/Getty Images)

Some have doubts about Zawass’s potential discovery. “I doubt that the [team] will find the mummy and the original tomb of Nefertiti in Luxor for religious and political reasons,” Hussein Abdel Baseer, director of the Antiquities Museum at Bibliotheca Alexandria, told in 2021. “Finding Nefertiti’s tomb in the west bank in Luxor is only possible if the mummies of Akhenaten and Nefertiti were moved from Amarna to Luxor in later eras.”

Now we will have to wait and see.

‘It’s All About the Materiality’: Watch Jack Whitten Experiment With the Physicality of Paint in His Abstract Artworks