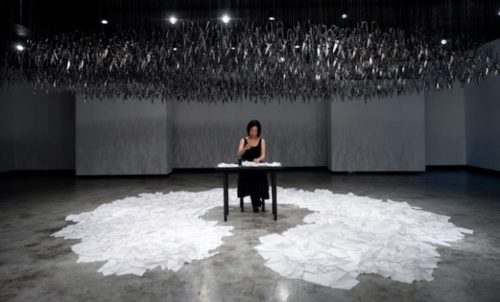 Imagine a modern cave, in which not bats hang from the ceiling, but open scissors. And one and a half thousand! Blades gleam in the light of electric bulbs. And right under the scissors, a seamstress is sitting and calmly engaged in her business. The devices that threaten her life do not disturb the woman. Sharp art project Beili Liu – that any piece of fabric is easily sewn into place. So, even in a world where now and then you come across sharp edges of scissors, everything is fixable.

If in the first act on the ceiling hang scissors, then, my God, what will happen in the latter? Performance Beili Liu – about beauty, which is fraught with a clear danger. On the threat of life and women’s fearlessness. Finally, about your favorite business, which gives you the opportunity to escape from thoughts about how terrible it is to live in the world. 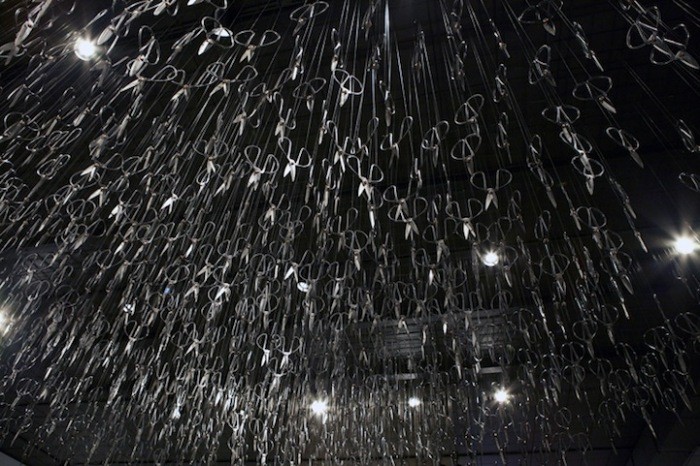 Near the entrance to the room is a white cloth. Each performance visitor is offered to cut a piece from the canvas and hand it to the seamstress. A woman will sew a flap to a cloth reminiscent of a quilt. With every hour of work, the canvas becomes bigger and bigger. Now it no longer fits on the table and slides to the floor. 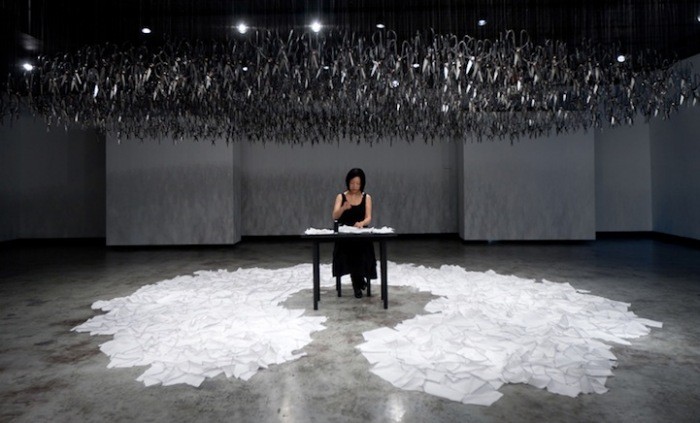 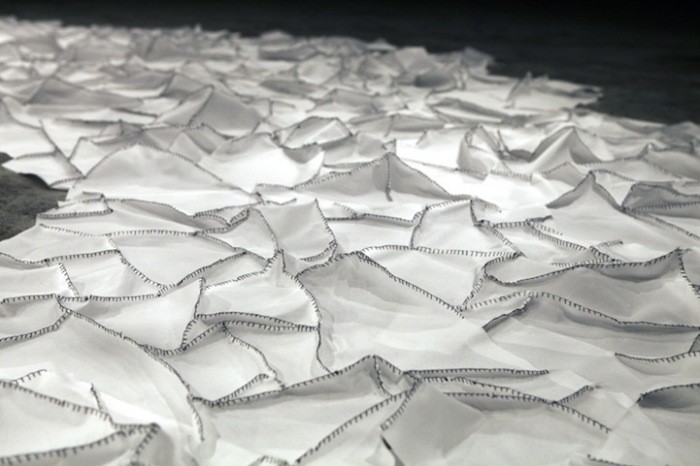 And on top of the needlewoman, iron stalactites are still threatened. By the way, the theme of the hanging scissors is substituted by the author of the installation – the ChineseBeili Liu. For the past few years, she has been installing on needle-thread topics. The master says that the appearance in her arsenal of one and a half thousand scissors is a natural process and unconditional progress. 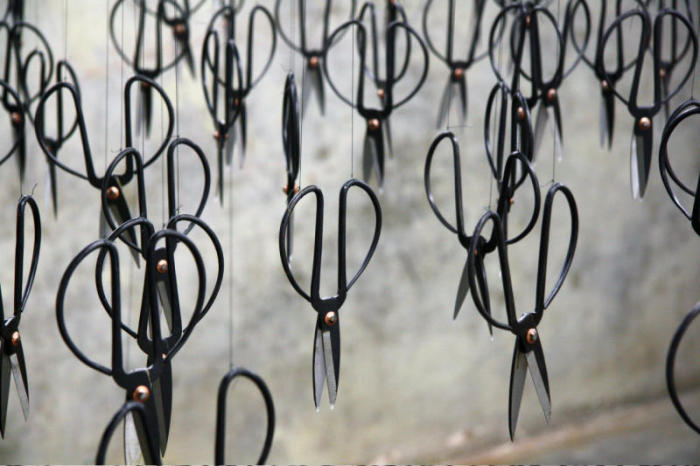 “I grew up in China, and there are such traditional scissors in every family,” says the author of the project. At the lessons of labor, all of us were taught to transfer this tool by rings in advance, so as not to injure the vis-a-vis. According to Beili Liu, the Chinese tradition forbids pointing someone with sharp edges of scissors, otherwise, this person is in for misfortune. 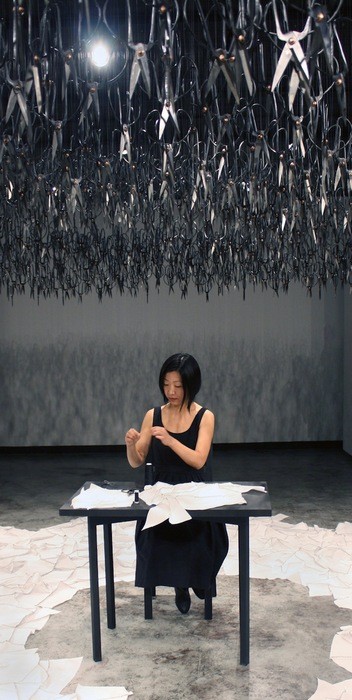 So, on the one hand, the scissors are a tool of evil spirits. On the other hand, it is an absolutely intrepid tool that any hostess has. On the game of these meanings, the project of Beili Liu is built, which, perhaps, receives no less pleasure from the process than the public. After all, the foreman can watch how the faces of the spectators stretch and tense. 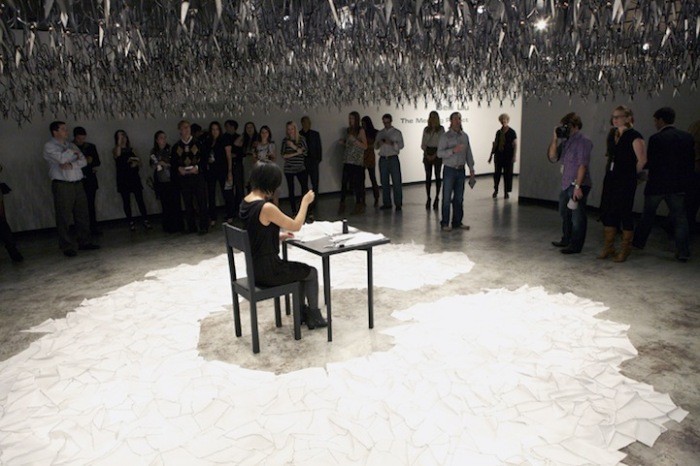 “When spectators enter the hall, their first reaction is a shock and bewilderment,” the author of the performance shares her observations. – Then there is interest in what is happening, there is fear, which is replaced by sympathy for the seamstress. People begin to walk around the table, look at the quilting blanket, watch the movements of the needle and even breathe in time with the stitches. “ 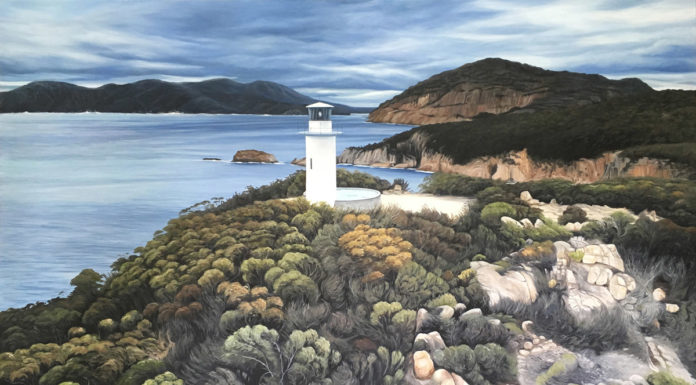 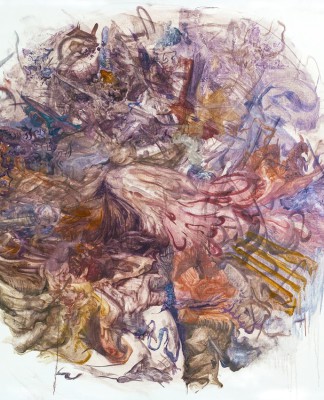 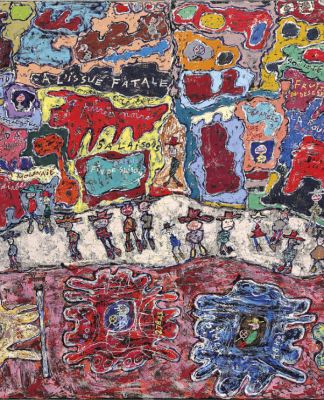 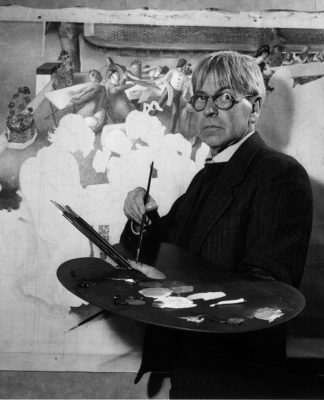 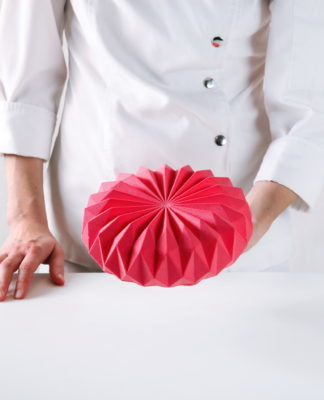