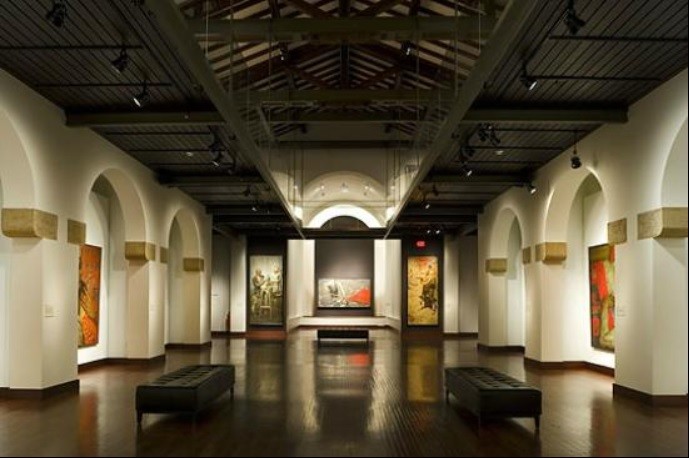 Located in Minneapolis, Minnesota, the Museum of Russian Art (TMORA) is the only museum in North America dedicated to the preservation and exhibition of all kinds of Russian art. The museum constantly updates its exhibitions of unique pieces of Russian art that are rarely shown in the United States. 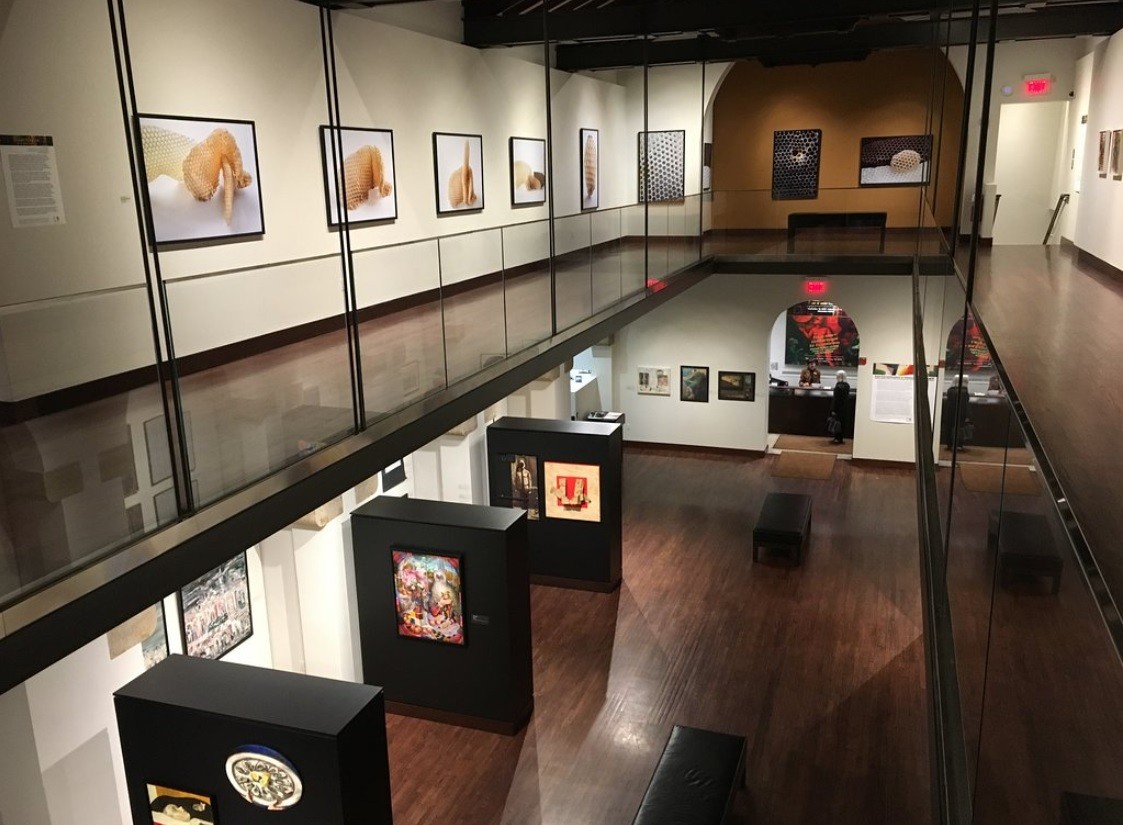 The Museum of Russian Art in Minneapolis exists thanks to annual contributions from Friends of the Museum and charitable contributions. The museum’s exhibitions provide an excellent opportunity to explore Russian art and history on remarkable examples of rich culture.

History of the Museum of Russian Art (TMORA)

In the mid-1980s, Raymond E. Johnson, a successful art dealer in the period of 20th century American realism, began looking for a new direction for his art gallery in Scottsdale, Arizona. This time coincided with the era of political liberalization in Russia, which was headed by Mikhail Gorbachev, General Secretary of the CPSU Central Committee. 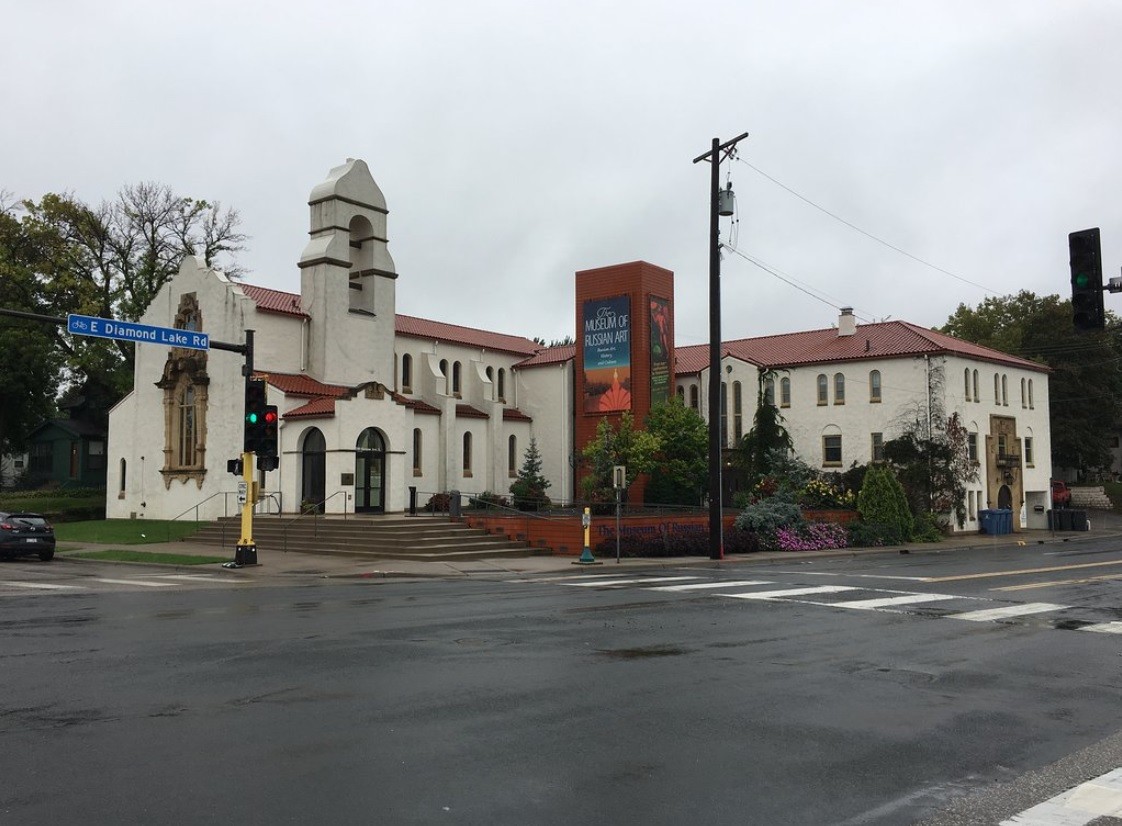 In 1989, Mr. Johnson sent a group of American art historians and museum curators – advisers to the Soviet Union. Their goal was to assess the technical quality and feasibility of paintings by Russian Impressionists created during the Soviet regime. Mr. Johnson assumed that given the high international reputation of Russian theater, ballet and literature, a similar level of skill could be expected in painting. 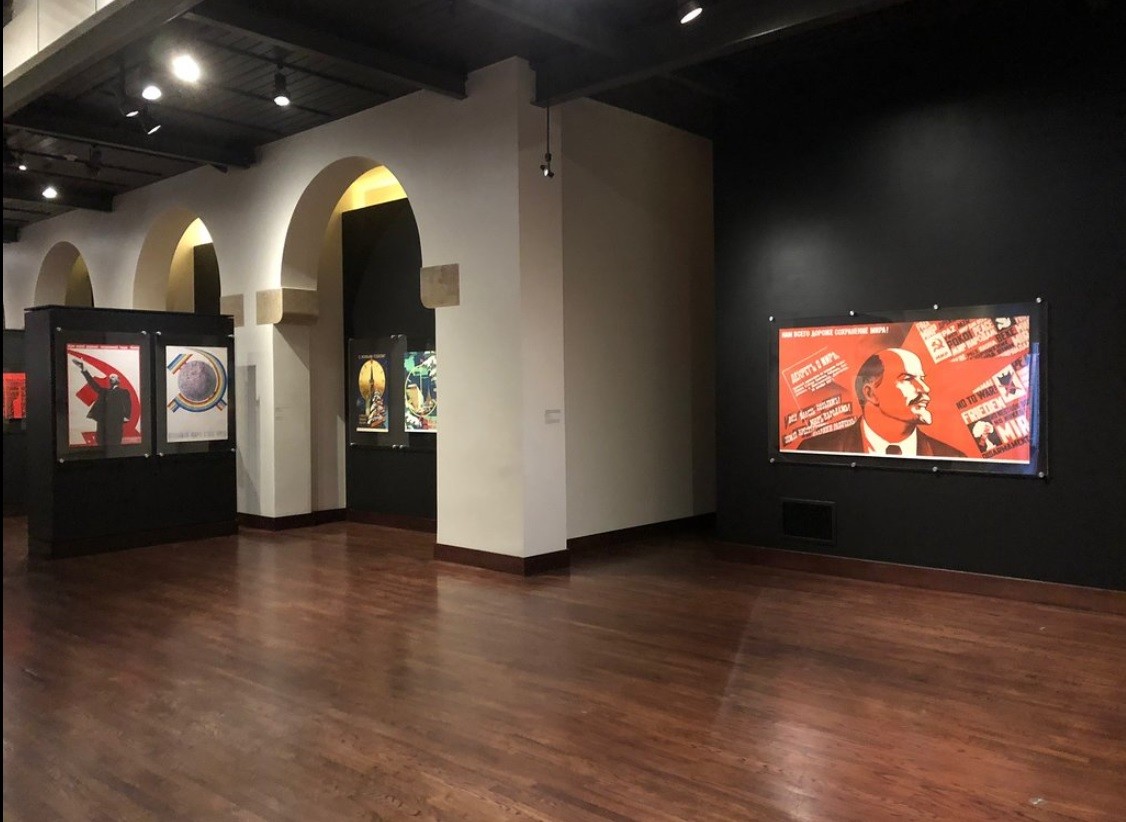 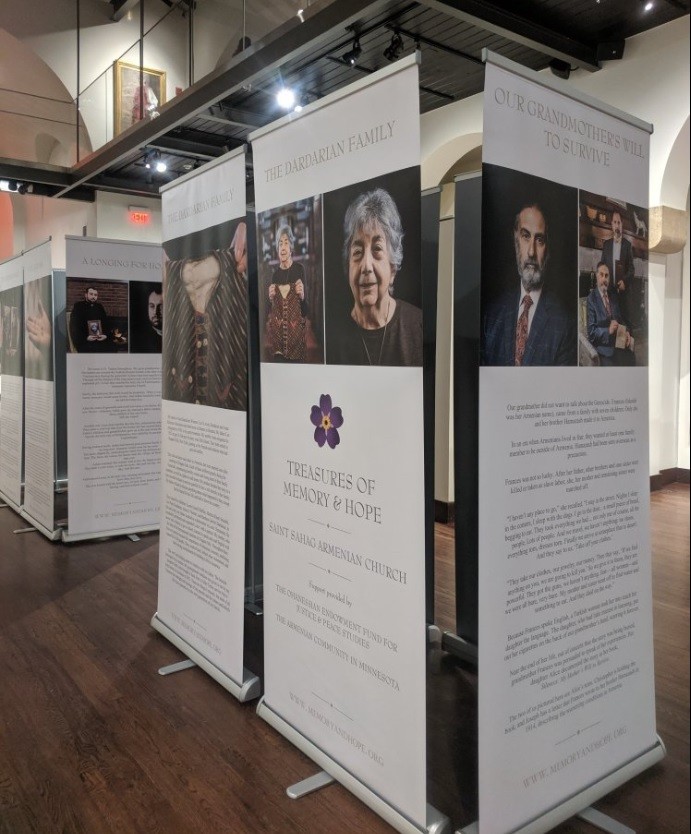 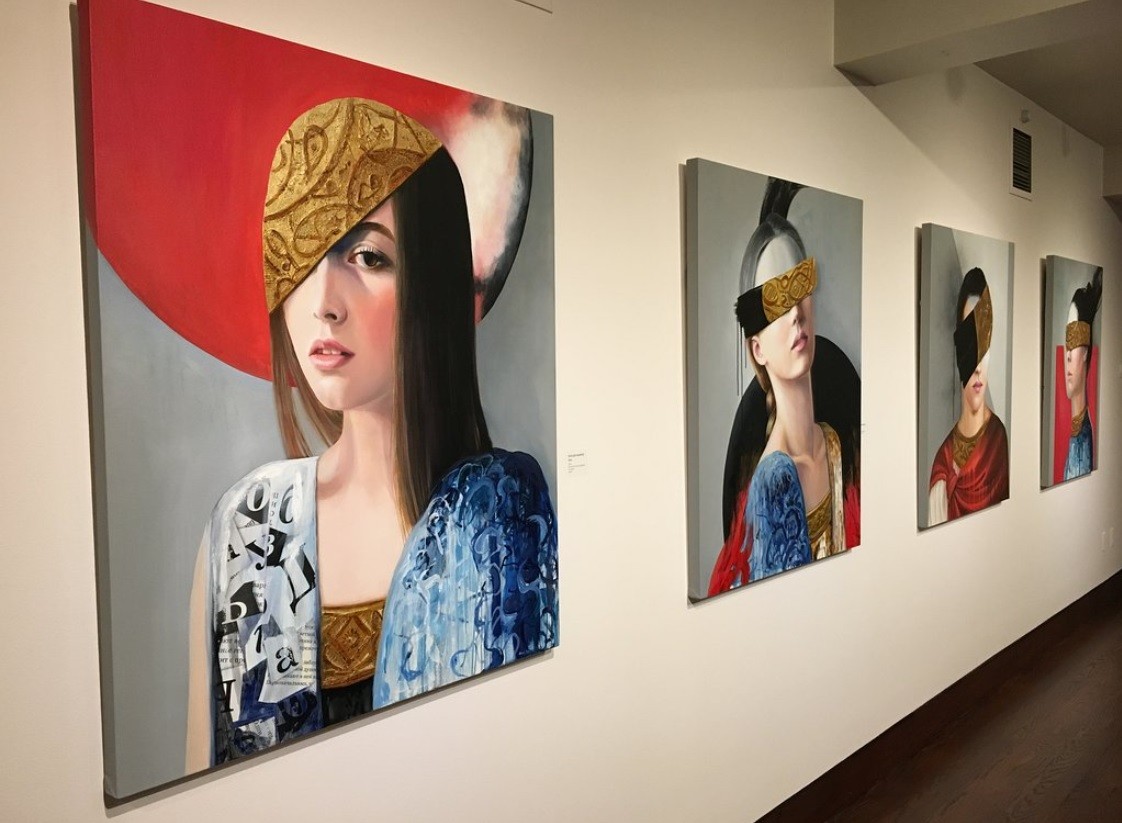 In 1991, Mr. Johnson sponsored the first North American commercial exhibition of Russian Impressionist painting. Immediate and positive feedback and the lively reaction of American collectors allowed Mr. Johnson to start searching for the best examples of Russian realistic painting from all over the former Soviet Union. As a result, an official export program of paintings was created through the Ministry of Culture of Russia. Since 1991, Ray Johnson and his wife Susan have owned the largest private collection of Russian realistic paintings outside the former Soviet Union. 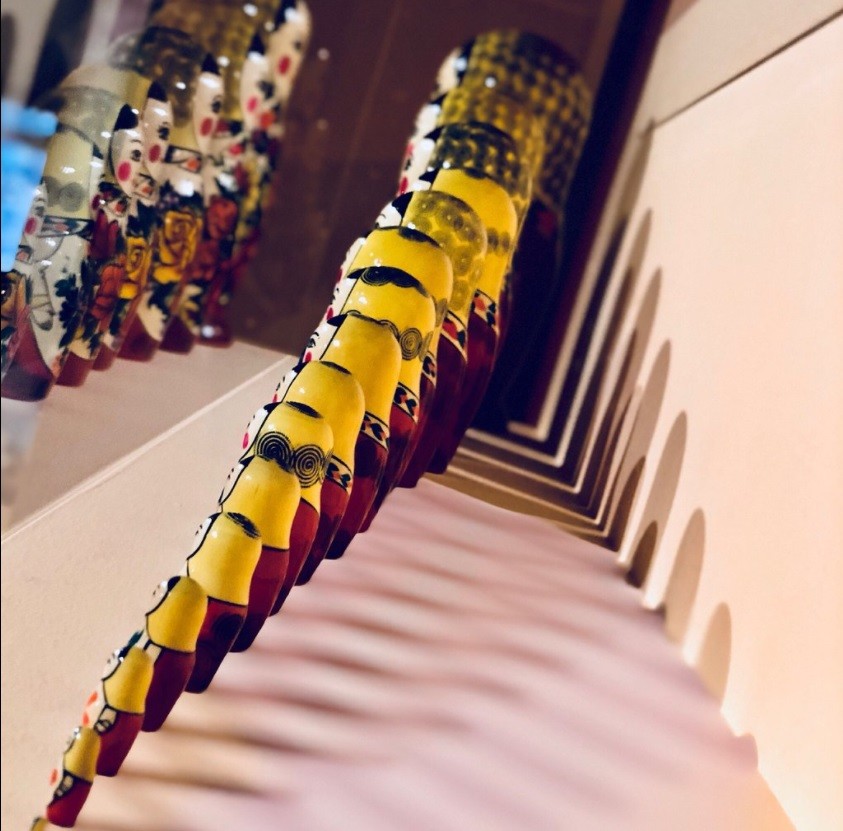 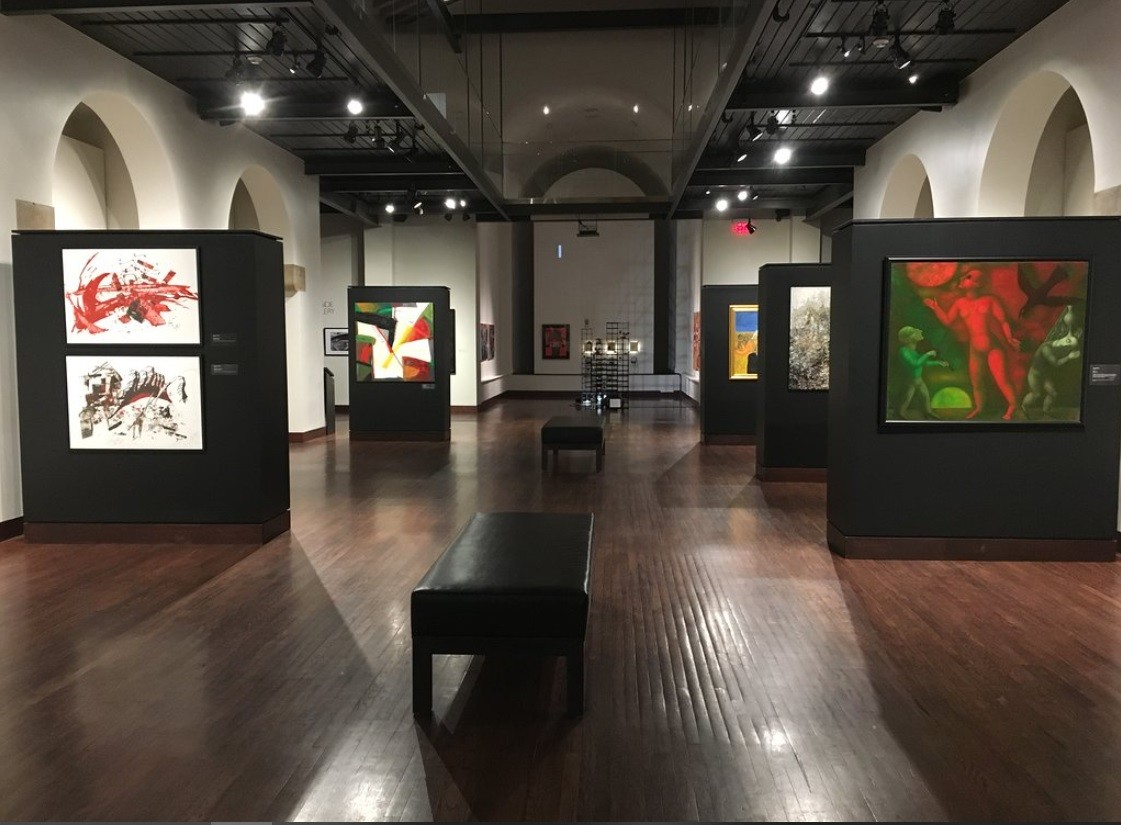 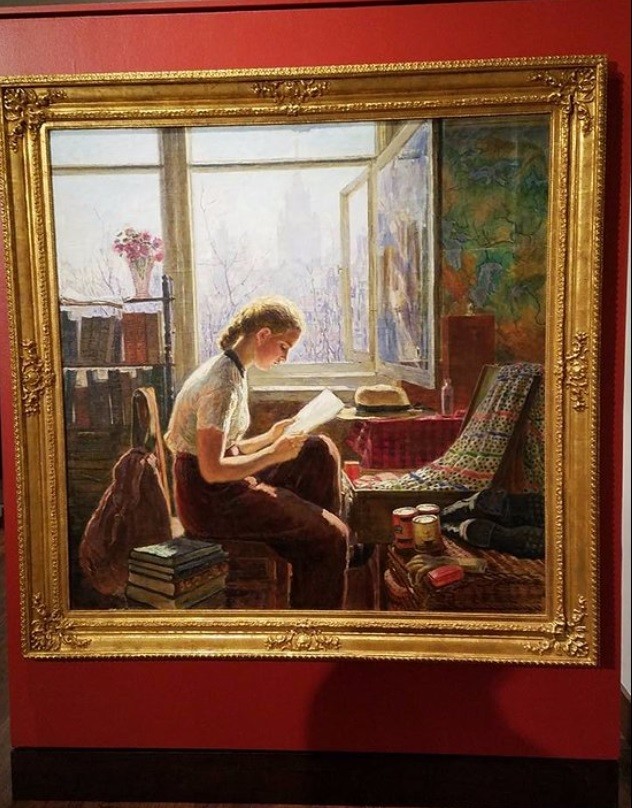 Over the past ten years, the Johnsons have provided parts of their vast collection to various American museums, universities, and other cultural institutions for non-commercial exhibitions and other educational purposes. Recognizing the importance of their collection and paying tribute to the legacy of Russian art, the Johnsons decided to establish a museum dedicated entirely to the exposition of Russian art and made a significant financial contribution to the realization of their idea. 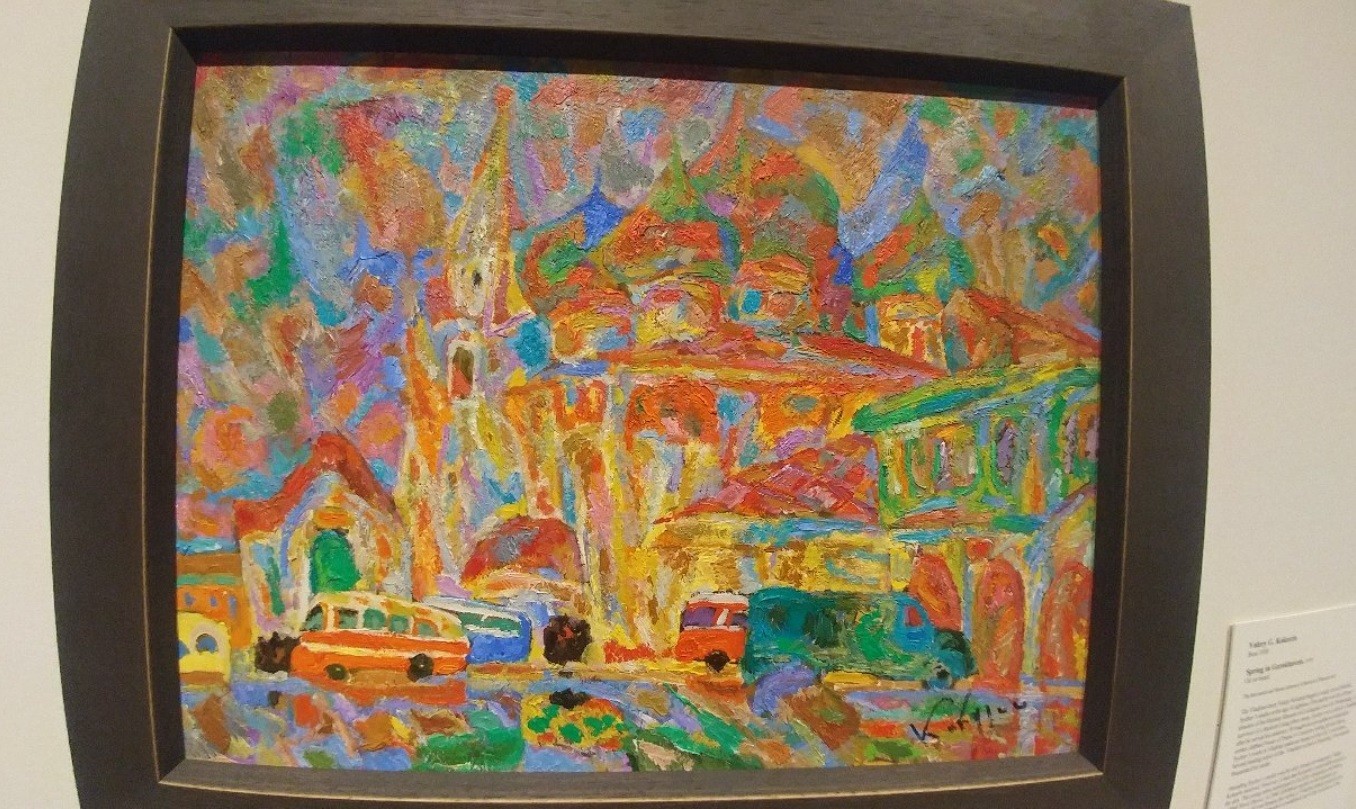 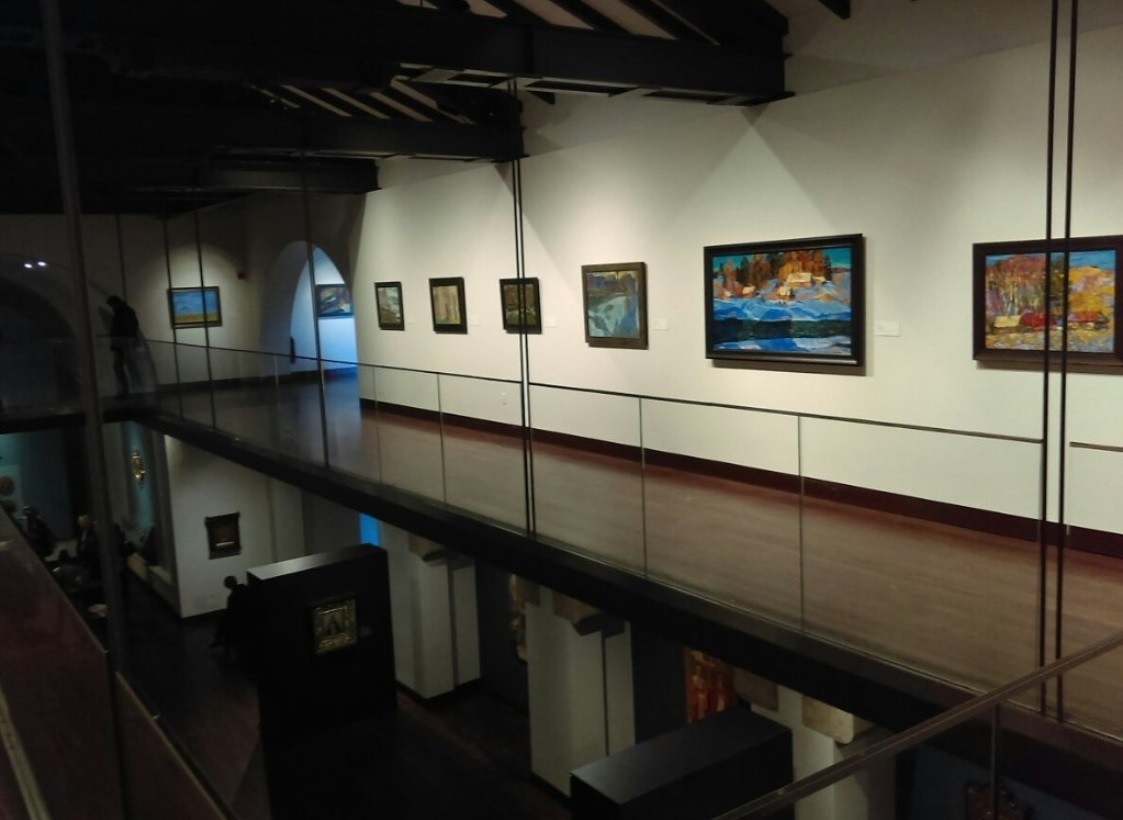 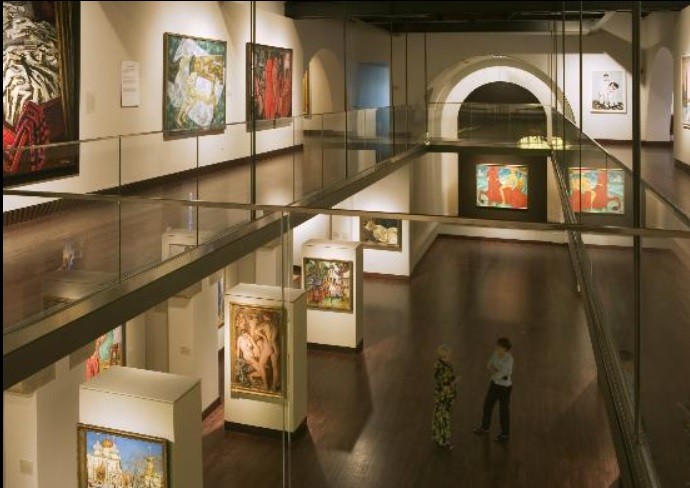 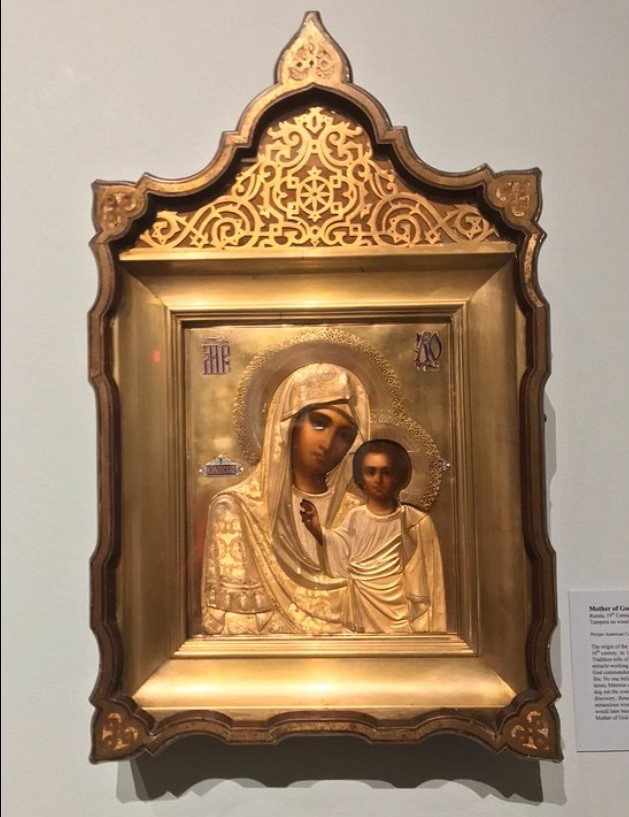 The first exhibition at the Museum of Russian Art was opened in 2002. The Museum’s mission is to promote education and enlightenment by familiarizing the general public with the art of Russia.

Originally located in Bloomington, the Museum moved to its current location in 2005. In 2007, the museum was registered with the Federal Tax Service as a nonprofit educational organization type 501 (c) (3), with tax benefits. The museum is managed by an independent board of trustees. 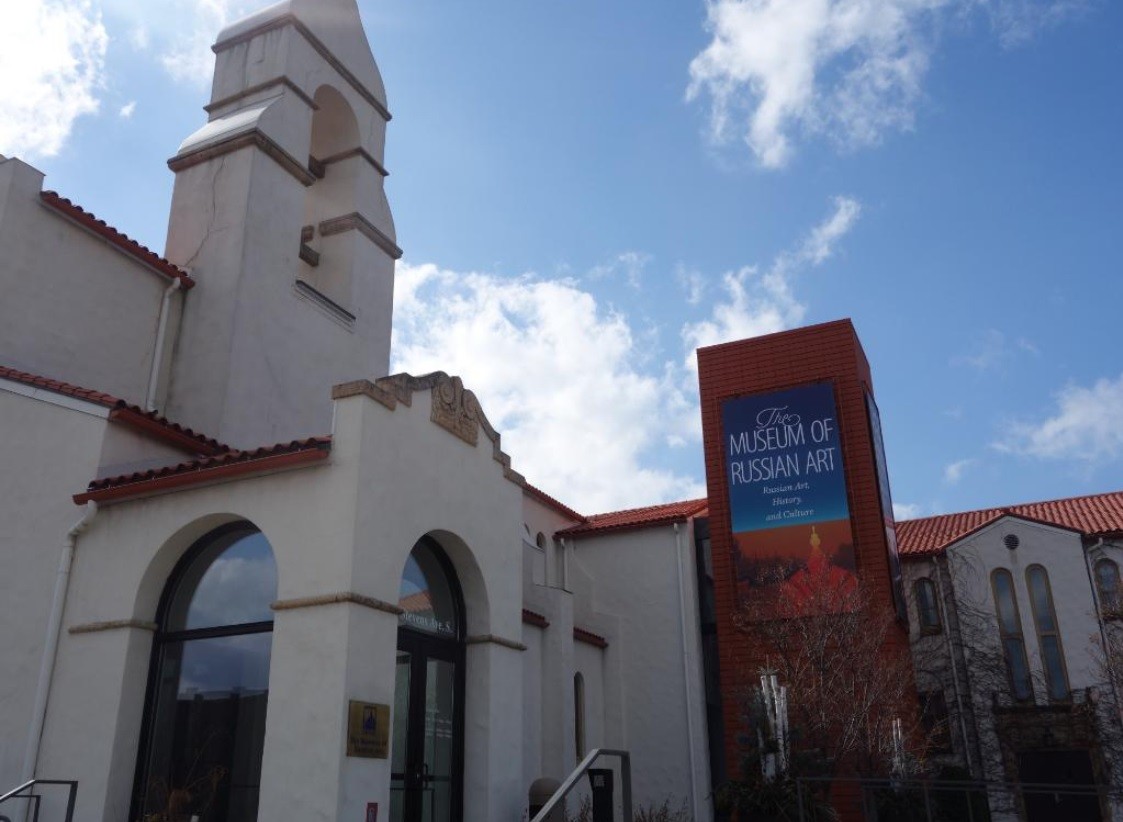 As a non-profit organization, the Museum of Russian Art depends on financial support from individuals. The cost of visiting the museum is quite low. The museum accepts sponsor donations from corporations and charitable foundations that believe in the importance of sharing the values of world artistic cultures.

The museum’s specialization in social realism painting is unusual. Such interest is not typical for Western collectors. Since this style was approved and encouraged by the official representatives of the Soviet power, connoisseurs, art historians, and collectors in the West with a bias, considering it exclusively propaganda, pathos style, showing a great interest in the art of the Russian avant-garde of the early XX century and the work of dissident artists. Because of the economic and political isolation of the USSR, Soviet realistic art was not shown outside the country, which limited its study and did not provide an opportunity for the objective, qualitative assessment of works of social realists. 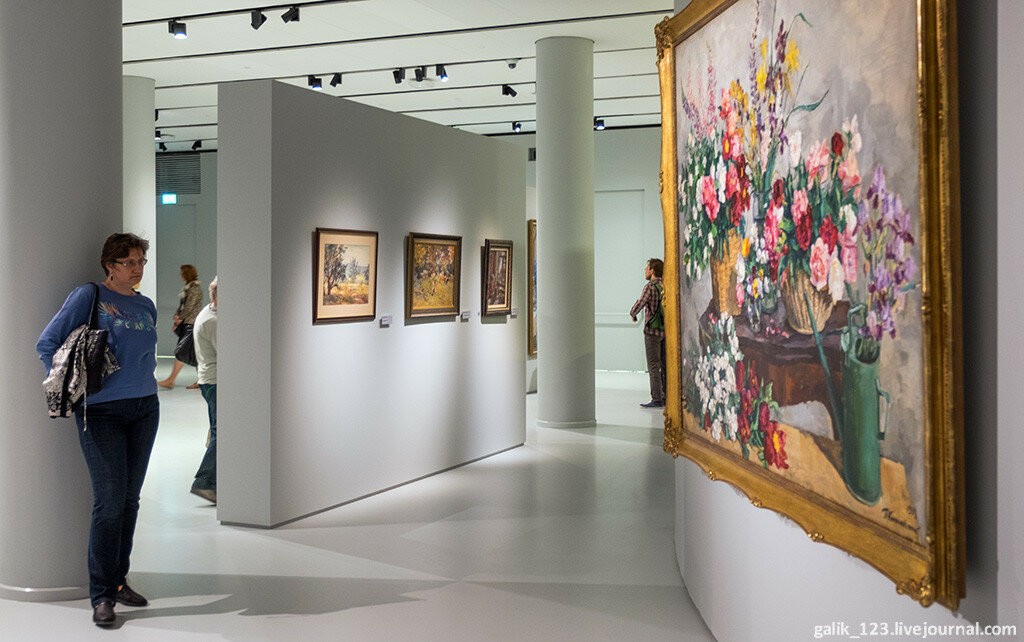 It is significant that the aspirations of the Tretyakov Gallery and the Johnson Museum in Minneapolis… match. Wishing to dispel, to overcome stereotypical ideas about Russian painting in the world. It is worth mentioning that its main achievement is icon painting and works of avant-garde artists of the early 20th century.
The gallery launched a new initiative: to introduce the American audience to the canvases of Russian (Soviet) artists of the 20th century, who worked in the figurative tradition. Choice. extremely large. For the exhibition in Minneapolis were selected 27 canvases, opening for a foreign viewer domestic art from a new side. Works of art are well-known,
very significant, do not illustrate in different genres a certain concept, but really
form a historical collection: “The Girls”, 1903, F. Malyavina; “Mika Morozov”, 1901, V. V.
The Museum in Minneapolis supplemented the exhibition with 23 works by V. Stozharov, A. Gritsay, G. Korzhev from its funds. 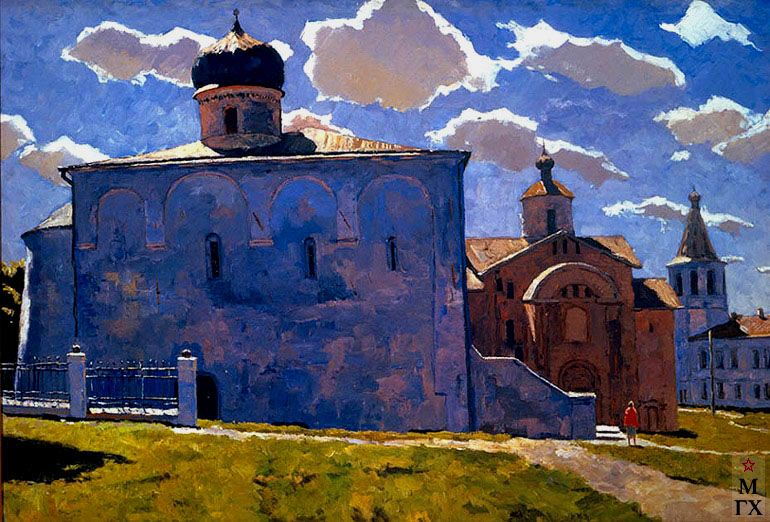 The organizers of the exhibition tried to exclude political and ideological context, but
to emphasize the themes of birth, life, and death, everyday reality, the beauty of nature. The exhibition even had a working title: “Art without politics”. It is noteworthy that before
The Minneapolis exhibition was on display at the Smithsonian Institution in Washington, DC, and had a big success. For the first month of work, it was visited by more than 17 thousand people. Everything indicates an interest in the works of Russian artists of the Soviet period, previously unknown to the American audience. For a long time in the West, the art of Soviet artists of non-dissidents, nonconformists were qualified as propagandistic, ideological, smug. The time has come to reevaluate outdated concepts. “These days, since the Soviet Union is still in history,” writes a columnist for the American newspaper Star Tribune Mary Abb, his official art was open to fresh interpretation. 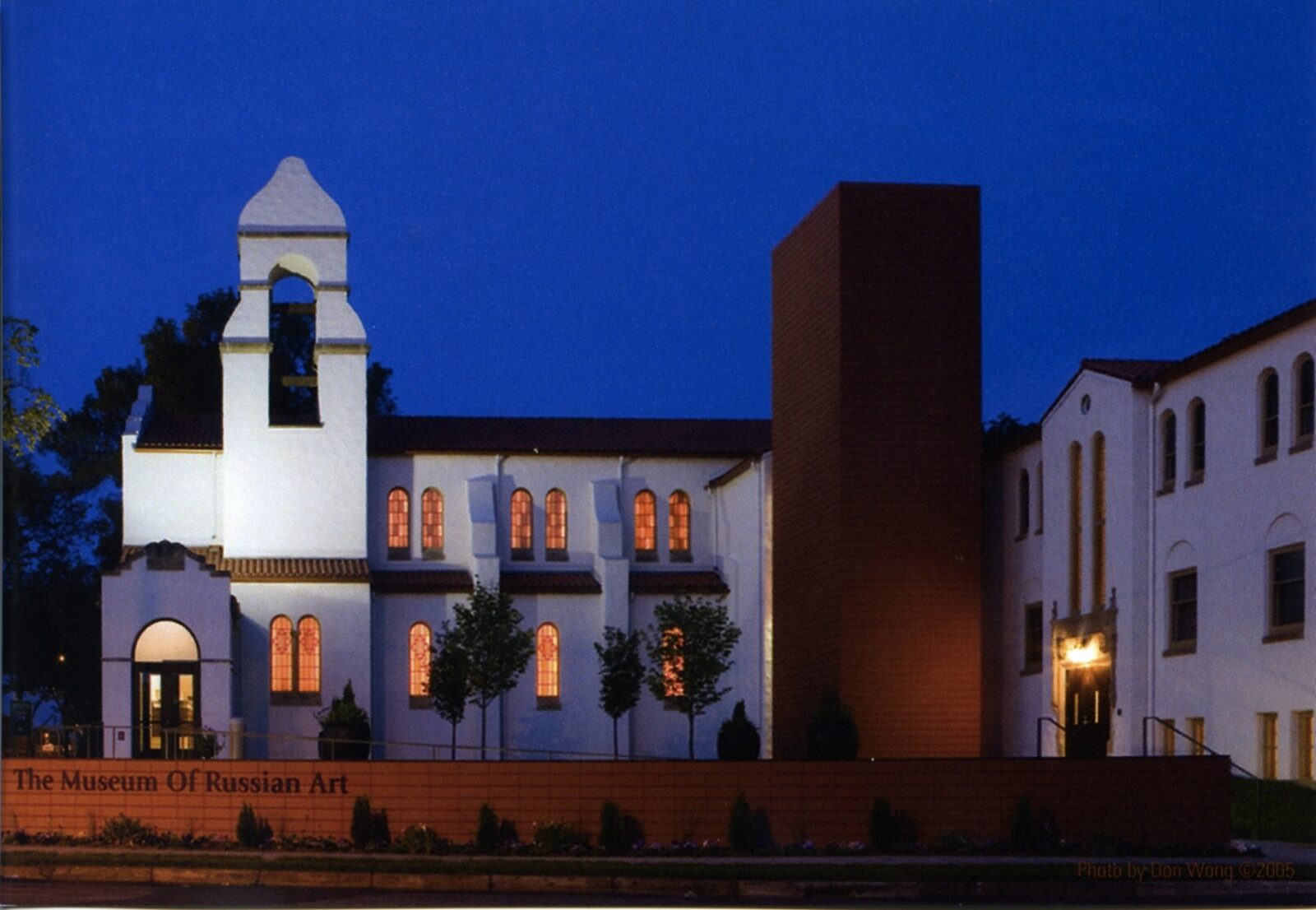 There is no doubt that the new initiative of the Tretyakov Gallery has great prospects. It is possible, in the future it would be advisable to hold thematic exhibitions that would showcase not only works by artists of social realism but also by representatives of other directions, for example, nonconformists. Themes could be very different: “The world of the village in the art of Russian artists”, “City life in the interpretation of Russian artists”, “Sky, sea and land”, “Muse of the artist”, “Circus in the Soviet fine arts”, “Still life and
landscape”, “Artists travel”, “Mysteries, masks, cartoons”… 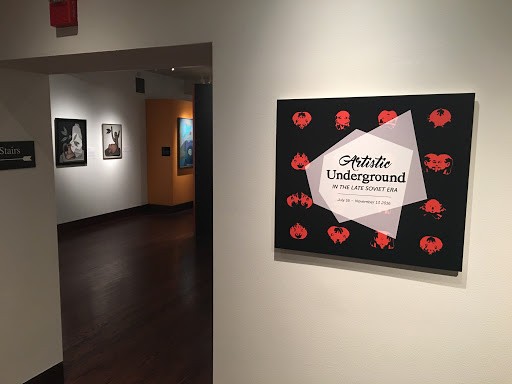 Opening of the new Museum of Russian Art in Minneapolis, holding a bright exhibition
“In the traditions of Russian art” are not isolated examples of the growing interest in
The USA to Russian art. In autumn 2005, the huge exhibition “Russia” in the Guggenheim Museum in New York will showcase about 250 masterpieces of Russian art from XII to XII.
XX century. The best works from his collection will show the State Tretyakovsky
gallery.