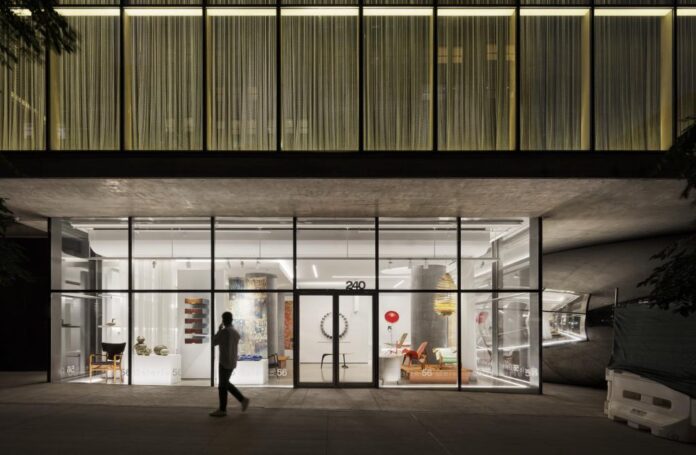 An instantly iconic Manhattan structure, the so-called ‘Jenga Tower’ at 56 Leonard Street now hosts a first floor tenant befitting its architecture. Lee F. Mindel, a partner at Shelton Mindel who worked on the building alongside Herzog & de Meuron and currently lives there himself, opened Galerie56 at its base this fall.

So far, Galerie56 has culled its artworks from presenting partners. Dansk Møbelkunst gallery founder Ole Høstbo and Paul Jackson of Jackson Design in Stockholm worked with the gallery on “Garden of Celestial Delights.” François Laffanour of Galerie Downtown in Paris is providing works for “Noguchi to Perriand.” 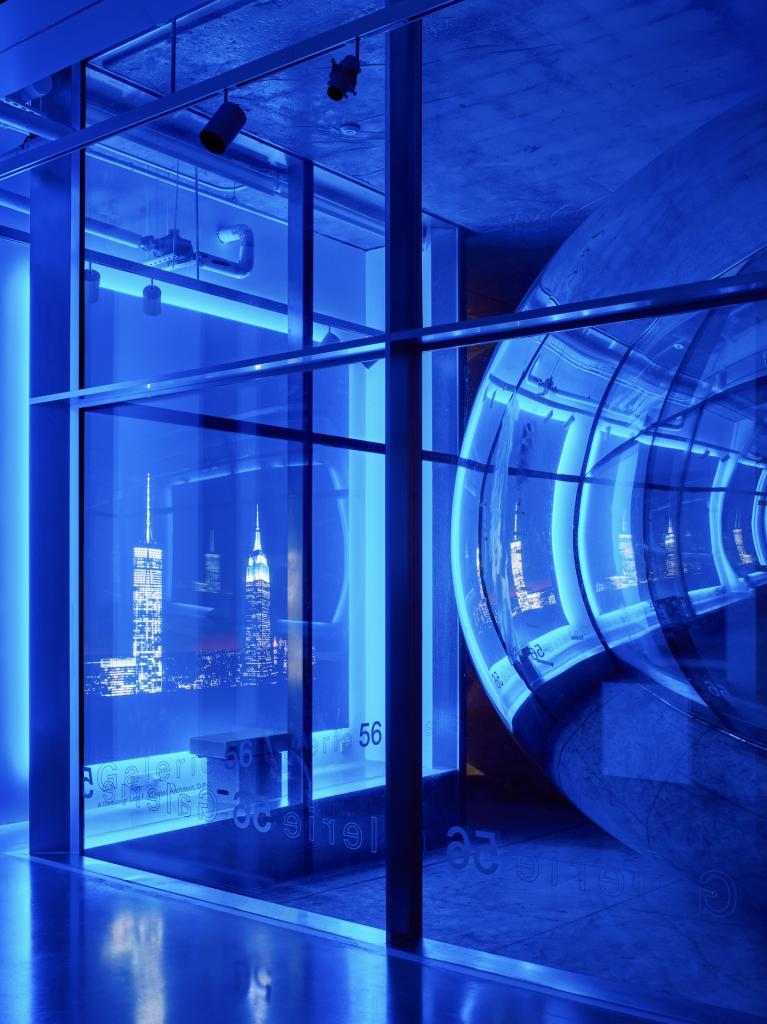 Galerie56’s lighting is synced to the Empire State, in homage to their relationship with New York City.

In conversation with Artnet News, Mindel said the concept for Galerie56 first took shape during the pandemic, when he acquired the space through his own associations with 56 Leonard and his connections at the development team of Alexico Group and Goldman Sachs.

Mindel knew they couldn’t rent the space to another Starbucks or nail salon while honoring its architecture. The pandemic compounded his convictions. “The darkest moment is when we had the highest hopes,” Mindel said, “that we would come out of this and support the city.”

Galerie56’s website says that “it is conceived as a civic gesture meant to extend the seemingly private world of art and architecture into the context of the city.” Its programming “reflects our deeply American values of openness, transparency, and desire to welcome all international cultures to be part of a democratic discourse accessible to all.” Each show runs about two months. 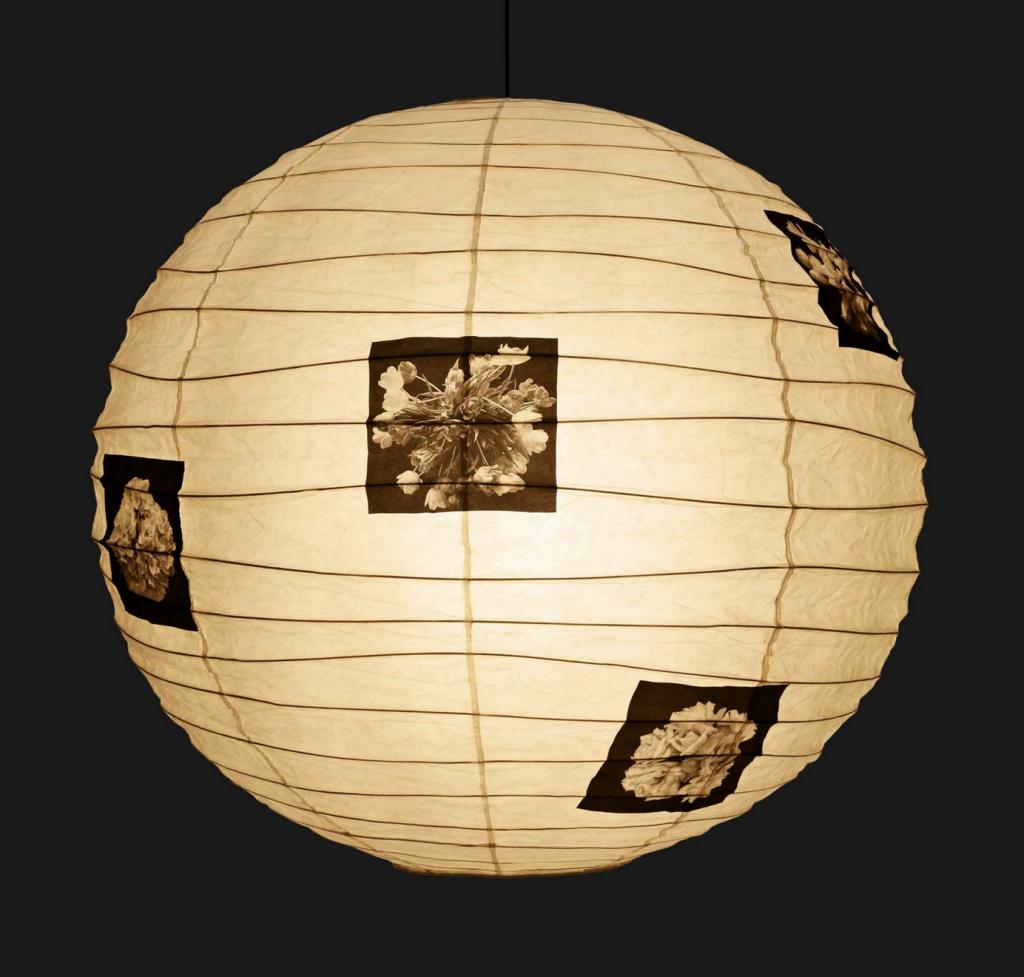 “Noguchi to Perriand” embodies that ethos by drawing connections between both multinational, politically involved creatives. Noguchi was born in L.A., spent his formative years in Japan, and lived in Indiana before studying and setting up shop in New York City, traveling the world all the while and becoming an activist upon witnessing internment camps during World War II.

Perriand grew up in France and moved to Japan, where she worked for Kenzō Tange before marrying an Air France executive and moving to Brazil. In 1959 she became a director at Paris’s Galerie Steph Simon, curating Noguchi’s work into shows. The two were born one year apart.

“They both had this new egalitarian view of the world,” Mindel noted. “These two people were pioneers, traveling the world to create things for people born at the turn of the century.” 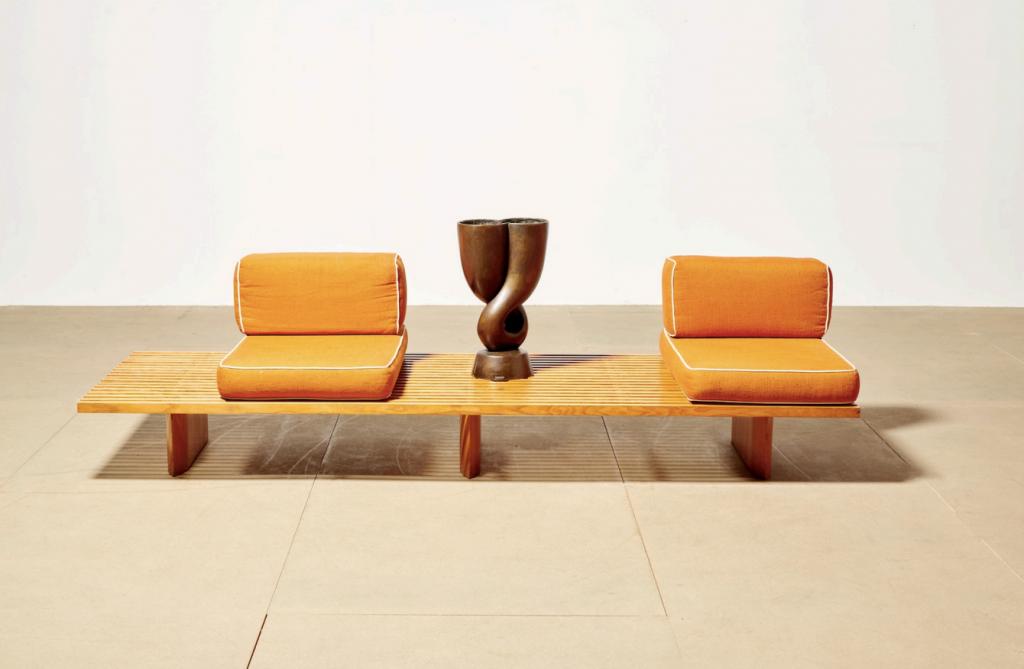 Perriand’s artfully utilitarian (1956) will be on display. “It’s very Japanese,” Mindel said. “It has so many uses and functions, but reduced down to its very essence.” Noguchi’s glowing geometric lamps lend more softness. The show also includes his attaché case—“very James Bond, with all his travel documents in it,” Mindel added, alongside archival photos from Galerie Steph Simon.

Both presenting partners gave a filmed talk at “Garden of Celestial Delights,” and Mindel expects the same for this show. They also plan to produce a catalog for “Noguchi to Perriand” to start building a library of their work at Galerie56.

Future shows could include never-before-seen drawings by Gaetano Pesce, a deep dive into the democratization of the chair, and a partnership with Ralph Pucci, though they’re only planning eight months maximum in advance.