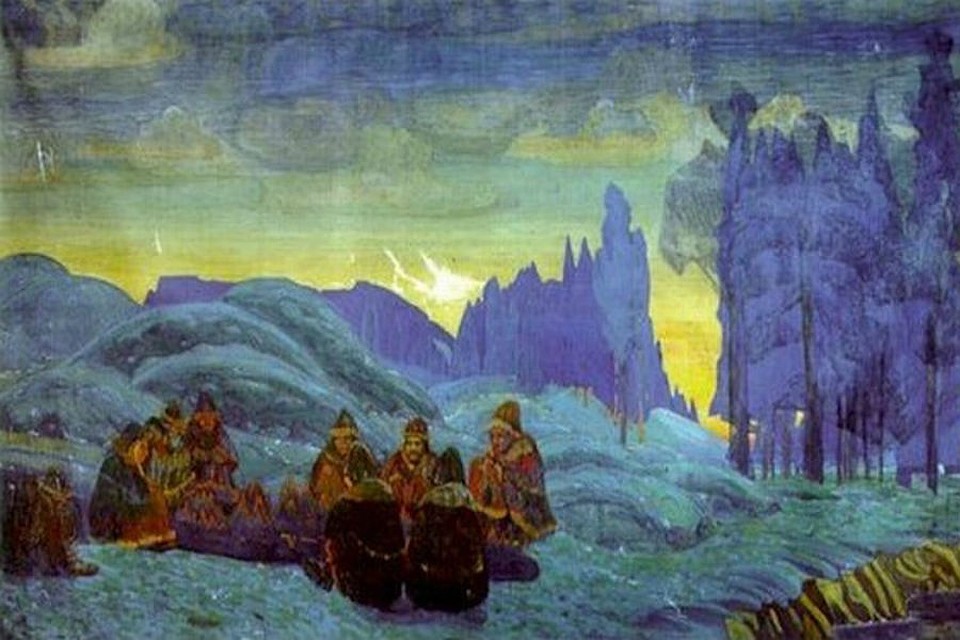 However, the news that Roerich’s painting “Pomeranians. Evening ”, which he bought at the Sotheby’s auction on November 3, 2000, will be auctioned, and the proceeds will be used to pay wage arrears to the employees, appeared on June 25 of this year.`

The auction record for the works of Nicholas Roerich at the moment is a little over $ 12 million. For this amount at the Bonhams auction in 2013, his work “Madonna Laboris” was sold. Therefore, the Pomeranians` valuation of $ 1.12 million seems rather optimistic, especially considering that the estimate of this work during the previous purchase was $ 141 thousand – $ 169 thousand.

The last time Roerich’s works reached the final price of one million dollars at an open auction was in 2014. Then, at the “Russian auction” of the Macdougall’s auction house, the painting “And We Continue Fishing” from the Sancta series of the 1920s was sold for $ 1.9 million.

In 2020, Roerich’s works appeared in auction catalogs six times and were sold three times. This year’s record price is $ 275 thousand for the work “Secrets of the Walls” of 1920. It was sold at the Shapiro Auctions in New York.

Regardless of whether the Pomeranians painting is planned to be sold on the global or local market, the final price for it of about $ 1 million will be a great success. It won`t be the first attempt to sell the painting in order to pay off debts. In 2018, it was exhibited in the Sales section of the Murmansk Shipping Company website. Then the period of implementation of the painting was the period 2018–2019, but the sale did not happen as the painting was arrested.

Helen - August 13, 2020 0
The history of the formation of one of the most successful artists of our time in the form of a comic will be available...