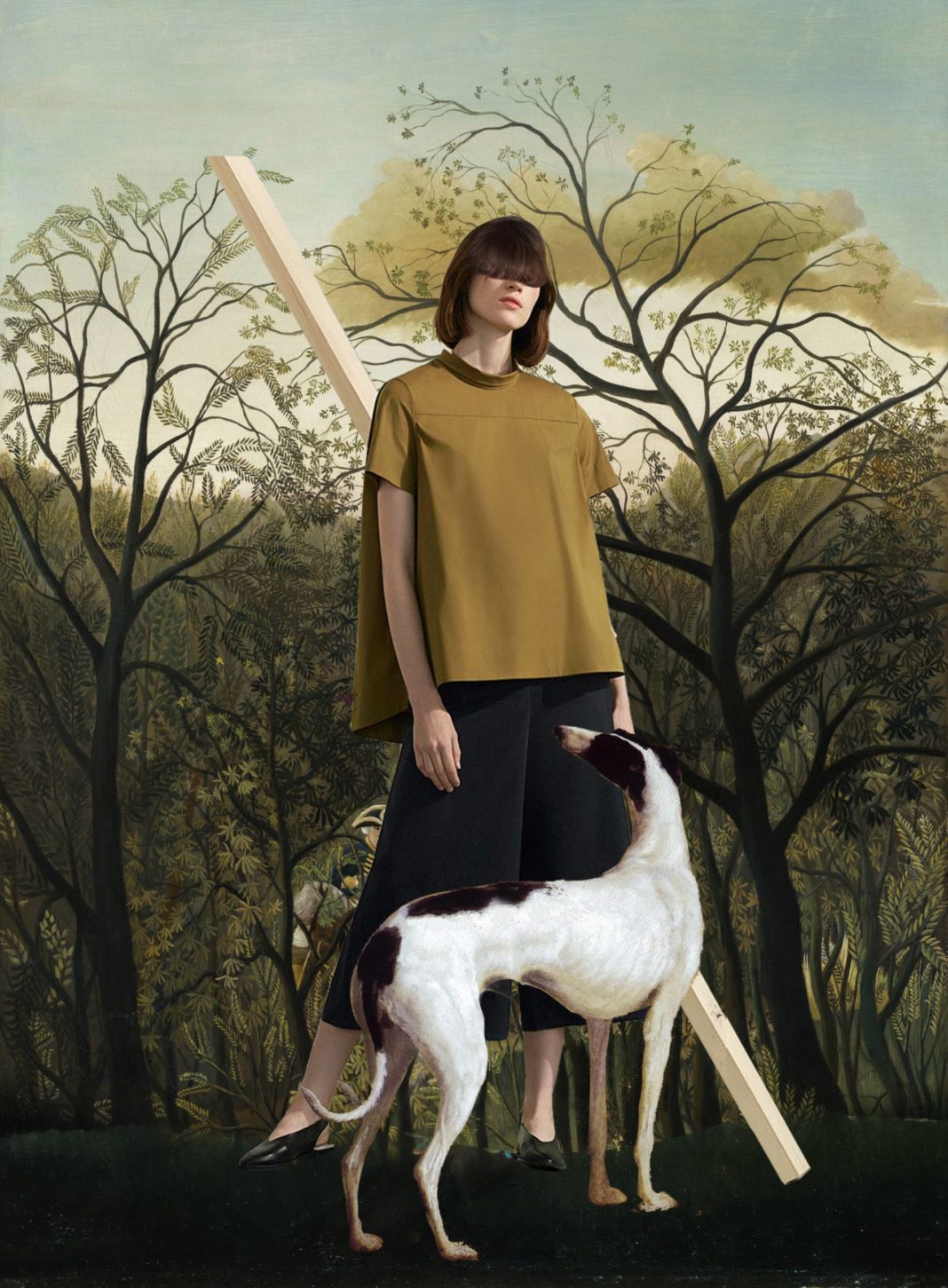 Russian artist Igor Skaletsky was born in Voronezh in 1978. In 1990 he emigrated to Israel. In 2008, he received a Bachelor’s degree in Moscow State Academic Art Institute named after V.I. Surikov. Igor works in mixed media, combining collage and classical painting. Igor Skaletsky, one of the most interesting and promising artists of today, in his first solo exhibition in Israel introduced an entirely new combination, a bridge between the dichotomous values. 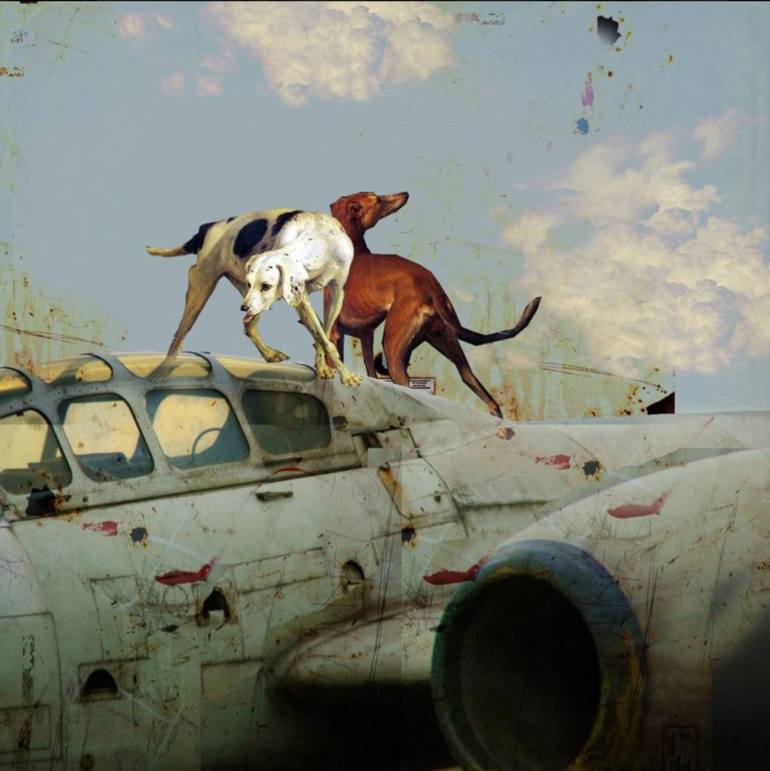 This freelance illustrator has travelled in the hot spots of contemporary art, including Israel and Germany, to find his own visual identity. The result of this initiatory trip is a unique technique, combining digital photomontage with acrylic paint and varnish.
His work combines traditional painting techniques with modern technology. Skaletsky gets inspiration from iconic works of art and gives them his own, unique modern interpretation, thereby creating the image of a hybrid, separate from time, place, and context.

Igor Skaletsky combines symbols of religion, pop culture, animals and tattoo images as if juggling visual habits and subconscious of viewer. Skaletsky provides an interesting interpretation of the famous stories, and it is difficult to remain indifferent to his art. 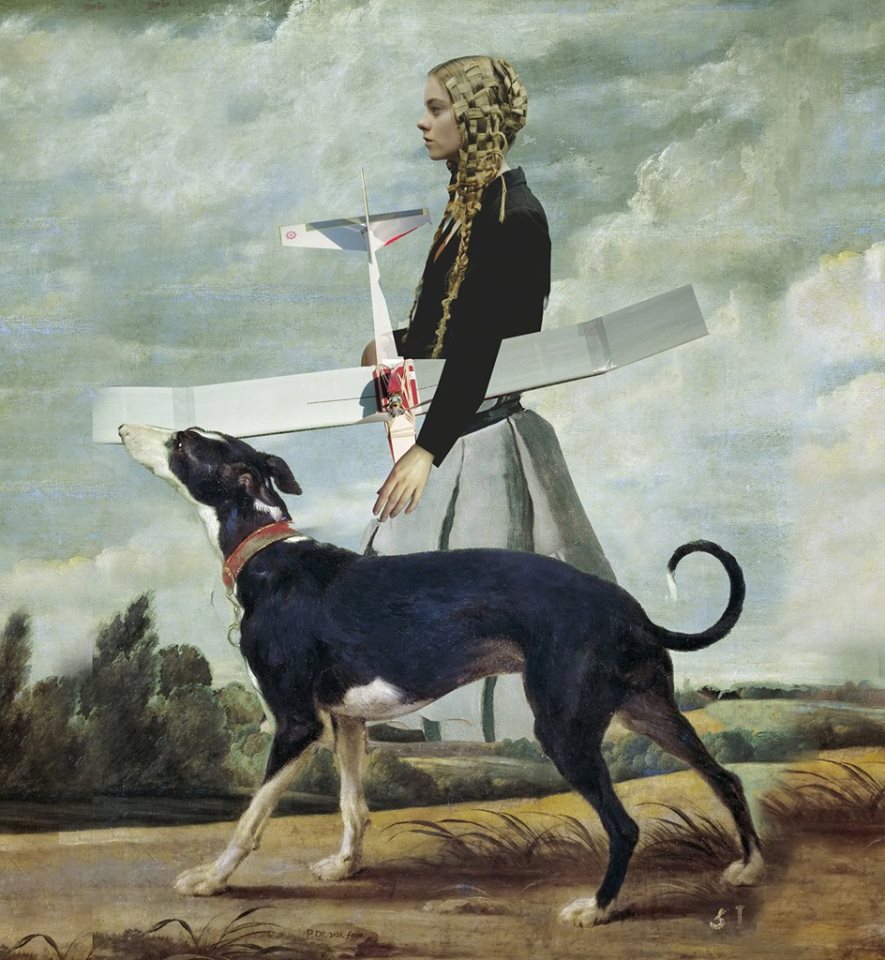 Skaletsky’s pleasure is to collide Early Netherlandish painters and Italian Renaissance masters with trendy supermodels and icons of the tattoo culture, such as Zombie Boy.
Fine Art gods and heroes are making an incursion in the world of Haute Couture and swag, while pop culture “it” girls and boys are bringing their bondage accessories and sensuality to the museums. A real modern religious iconography, displaying saints and sinners, écorchés and fashion animals. The kind of universe where art lovers wish to do a pilgrimage.

“Collage for me is a technique that widens possibilities to express myself. I think photography and painting perfectly complement each other and combining them, one can achieve an effect which is impossible in ”pure” traditional technique. Collage is unique in its ability to organically combine things which, at first glance, are absolutely incompatible and do not represent any artistic value in themselves. I like the moment when isolated pieces of paper suddenly start “playing” with each other when I put them in the common living space of collage.” 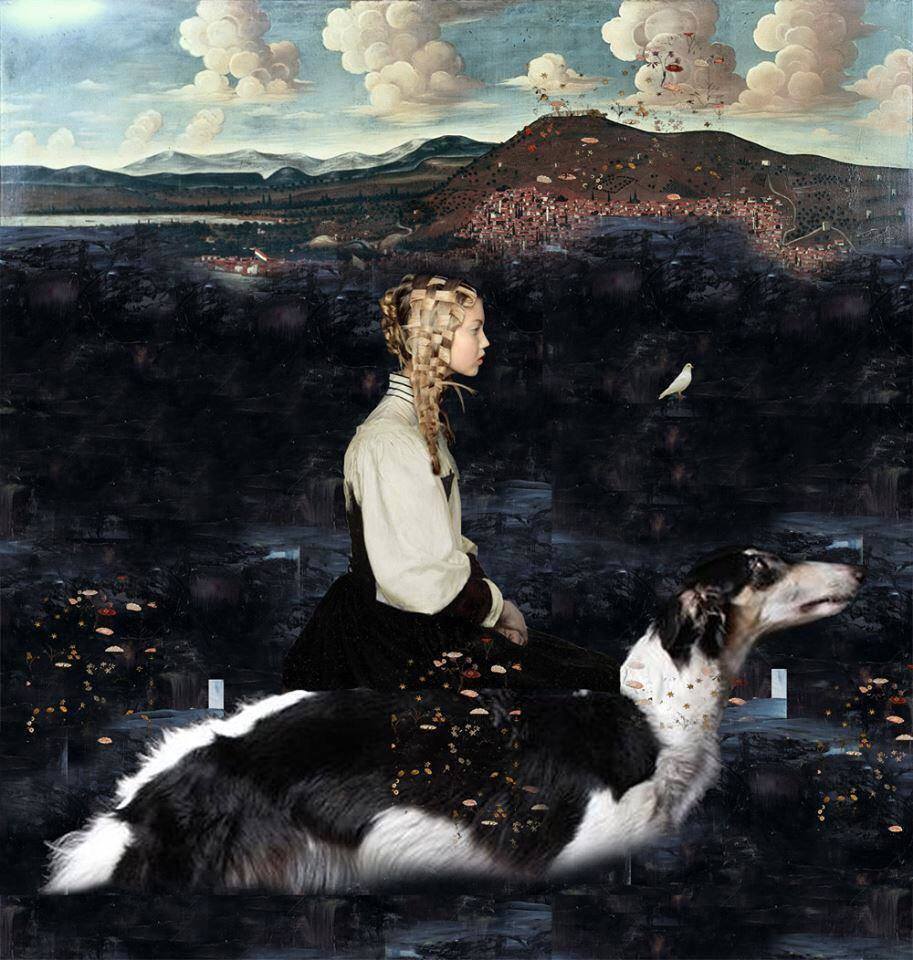 Recently, Skaletsky and drummer Evgeniy Labich, along with Russian indie animation team Self Burning, teamed up to make a stop motion animation film called “Piece” that represents the stages of making a collage.