Home News Perrotin is about to open its first Middle East space in a... 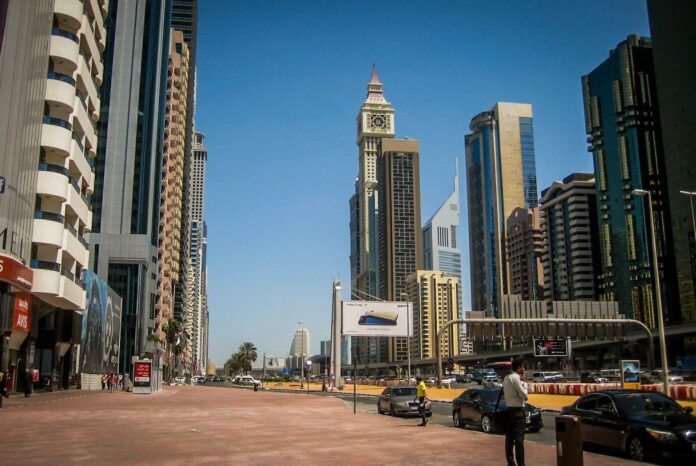 The commercial gallery Perrotin will open a space in Dubai this November, its first in the Middle East. Founded by the French dealer Emmanuel Perrotin in Paris in 1990, the gallery also has locations in New York, Hong Kong, Shanghai, Seoul and Tokyo.

The new space will be located in the Dubai International Financial Centre (DIFC), an autonomous economic zone in the city centre that allows businesses located there to pay zero taxes on corporate income and profits, or import and export duties. Perrotin will rent a small 100sq. m space, formerly an office, in a deal made in partnership with the luxury retail development ICD Brookfield Place. Other art businesses to have set up in this area or nearby include Sotheby’s, Christie’s and Opera gallery. These businesses are not fully exempt from a new 9% corporate tax hike in the United Arab Emirates (UAE), set to begin in June 2023. However, the UAE’s Ministry of Finance will honour the corporate tax holiday offered to free zone companies—typically 50 years in the case of DIFC—provided they do not conduct business in mainland UAE.

Perrotin Dubai is borne from a recent partnership between Emmanuel Perrotin and the dealers Dylan Lessel and Tom-David Bastok, who last year opened a gallery in Paris devoted to the secondary market. Perrotin Second Marché is “an alternative to auction houses”, Lessel says, buying and consigning works and providing clients with advisory services. It deals almost exclusively in blue-chip work by artists such as Alexander Calder, Yayoi Kusama and Yves Klein, and also works with the estates of Georges Mathieu and Alain Jacquet.

Similarly, secondary market dealing will be the focus of the Dubai space. This is due to a huge local appetite, according to Lessel. “When we opened our first show at Second Marché in Paris, around half of the consignments came from Dubai. There are lots of collectors here whose houses are filled with blue-chip work. And importantly, they tend to only buy and sell in auctions, and are not previous clients of us, so we see a real opportunity here.” He maintains that Perrotin’s decision to open in the DIFC, rather than in the Dubai gallery hub Alserkal Avenue, is for “traffic, rather than tax reasons”, citing its central location and proximity to luxury shops and restaurants. He adds that Perrotin Dubai will still pay 5% VAT.

The three French dealers all spent several months in Dubai last year to acquaint themselves with the scene, Lessel says. Perrotin has also participated in Art Dubai fair for six years meaning it has an established list of contacts in the region. “Dubai, and the Gulf, is growing up fast,” he says. “When Sotheby’s and Christie’s came here [back in the early 2000s] they were only doing private sales for Modern and contemporary Middle Eastern art, and that wasn’t a good strategy. Much like the East Asian market, it was very limited. But now the locals only want Western artists and the market is strong enough to support an international programme, not just from the Middle East.” Perrotin Dubai will be directed by the collector and adviser Massine Benouki.

While Dubai has for a number of years now been the cultural and business hub for the Gulf region, only a few Western galleries have opened outposts in the city, including Leila Heller, which has a space in New York. Stephane Custot, who also owns Waddington Custot Gallery in London, opened the gallery Custot Gallery Dubai in 2016; the two spaces and their programmes are run independently, a Waddington Custot spokesperson says. Custot says he opened in Alserkal Avenue partly because he could not find a suitable warehouse space in DIFC, where space is more expensive. He adds that he welcomes other galleries who “see potential in the city”.

Indeed, Perrotin’s previous moves have sometimes proved prescient. It was the first Western gallery to open a branch in Seoul, doing so in 2016; it opened a second space in the city this year. Asked whether its move to Dubai might be followed by other Western galleries, Emmanuel Perrotin says: “Even if we can’t compare these cities, we are thrilled to be one of the first Western art dealers to open in Dubai. There is an interesting network of galleries already settled and the region is developing new projects around art. This energy brings collectors from all around the world and is attractive for local collectors too. A permanent address in the Middle East gives us the opportunity to strengthen Perrotin’s ties with the Arab world.”

The gallery will supplement its secondary market dealings in Dubai with occasional programming of contemporary art. Shows by Takeshi Murakami and Jason Boyd Kinsella (both on the gallery’s roster) will open in November in pop-up spaces within the DIFC located near Perrotin Dubai’s permanent office space.