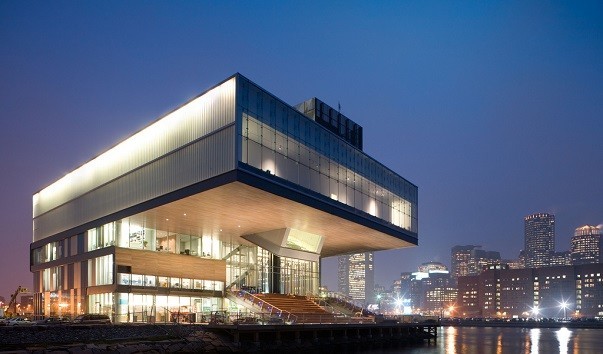 Institute of Contemporary Art is an art museum located in a modern glass and iron building in Boston. The Museum was founded in 1936 and was called the Boston Museum of Contemporary Art, but during the following time, it was renamed and moved to different buildings. Since 2006, the museum has been housed in an ultra-modern building, built by the architectural firm Diller Scofidio + Renfro, which perfectly embodies the concept of the institution itself.
The Institute for Contemporary Art building has a stunning glass panoramic wall hall, where you can enjoy beautiful views of Boston Harbor and its surroundings. 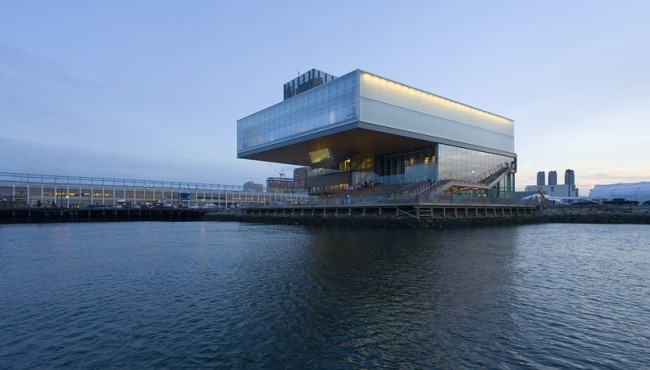 The museum features works and installations by contemporary American and European artists – Johanna Perdu Philip Lorca diCorcia, Shepard Fairey, Anish Kapoor, Tara Donovan, and others. The building of the Institute of Contemporary Art has a hall with a glass panoramic wall overlooking the bay. 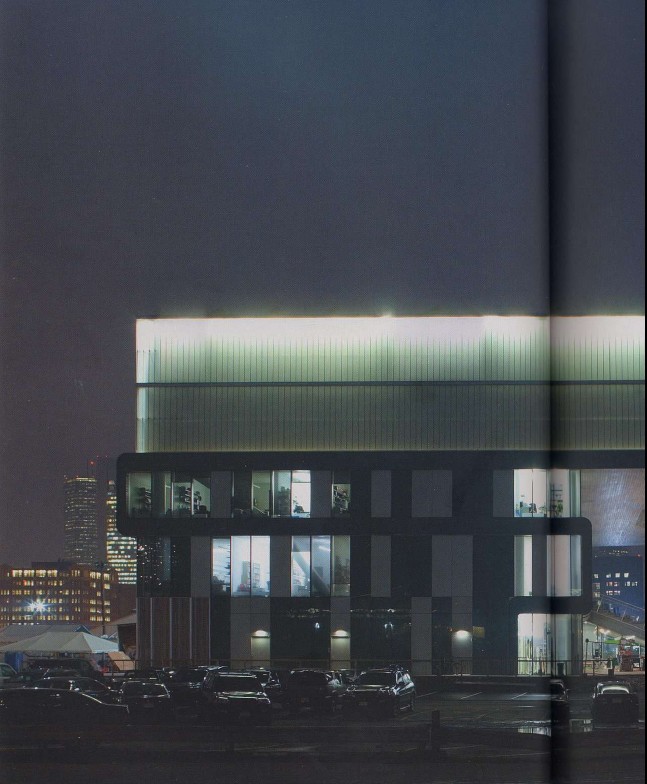 This is how Elizabeth Diller describes the idea of the Boston Institute of Contemporary Art: 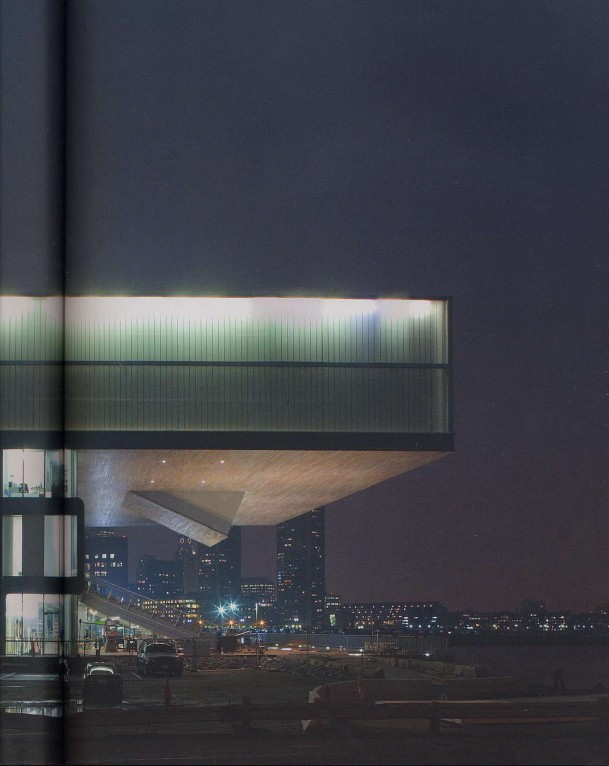 Set aside for offices and exposition, the upper part is designed as a translucent box, reflecting the sky during the day and glowing from the inside in the evening. The defining feature of the lower part is the curved surface visible from the outside, which first serves as a front porch, then, already in the interior, the lobby floor, the stage and the floor of the theatre hall rising under the rows of seats, turns its back wall, ceiling and finally comes out again as a visor over the public space in front of the entrance. The Institute building, one of the first to be completed on the new water facade of Boston, which is being created during a major renovation of the city center, forms part of the coastal promenade: the steps of the wide staircase can be used as seats facing the harbor “tribune”. 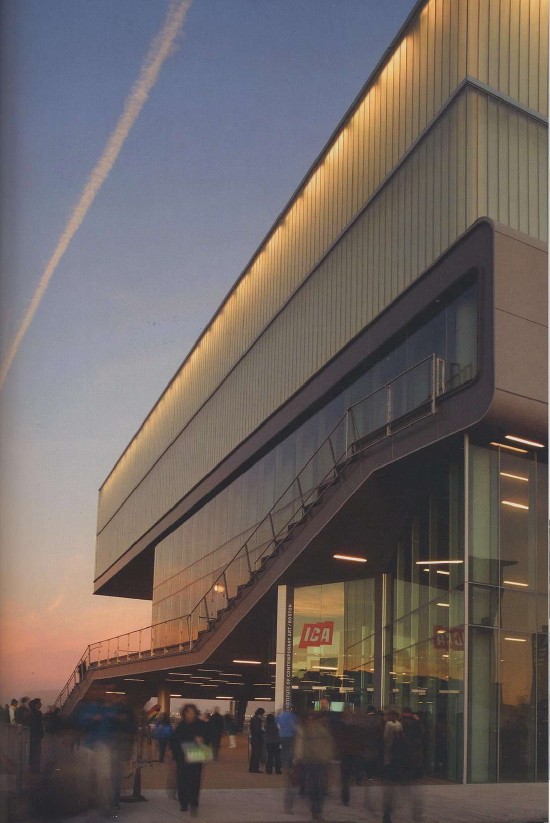 This work by the American firm of Diller, Scofidio, and Renfro is considered an ideal example of “post-millennium architecture,” in which clarity of form, verified the accuracy of structure and openness of the building to the city replaced the desire for flashy visual effects. An important quality is a constructive virtuosity achieved with Arup: almost half of the upper tier is occupied by a giant console soaring in the air without single support. 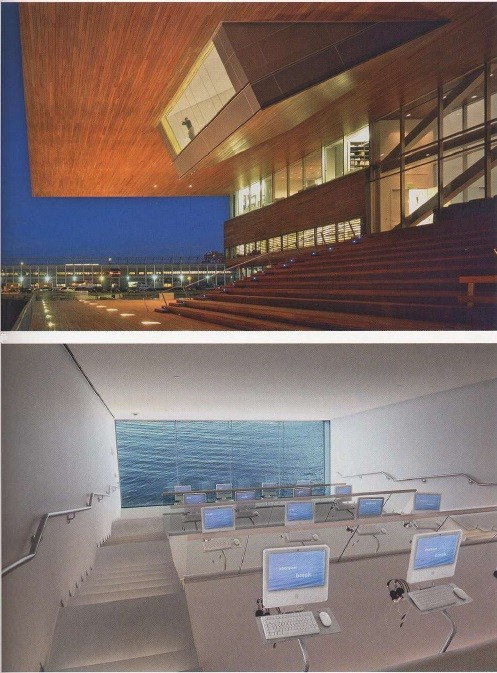 Scofidio and Diller were the first architects to be awarded the MacArthur Prize, or “Genius Prize”, in 1999. Their first projects are close to conceptual art and performance, and they have achieved international recognition since the construction of the Blair Building at the 2002 exhibition in Yverdon, Switzerland.

It’s a very creative example of performance architecture that won a $51 million competition for the Institute of Contemporary Art (ICA) in Boston. It was the first city museum to be built in a hundred years. 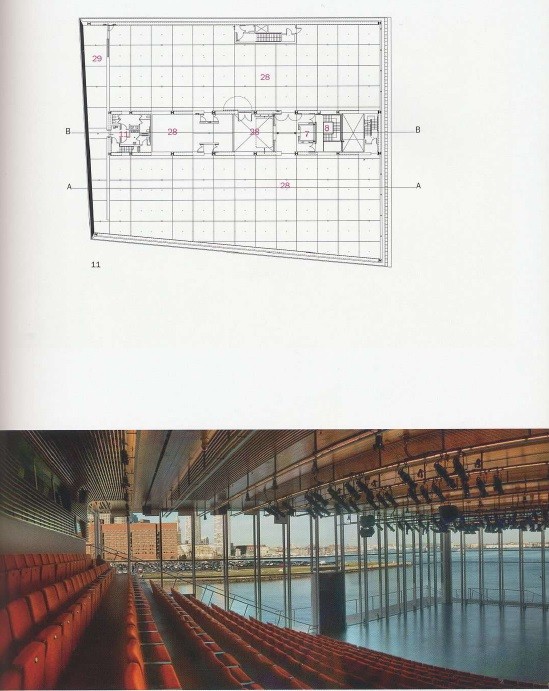 The ICA was built with the assistance of Perry Dean Rogers. The stunning facade is represented by interchangeable vertical panels of the same size made of transparent and glass. Glass and metal panels encircle the structure tightly around the perimeter. The Institute occupies an area of about 6038 square meters, of which 1672 square meters are reserved for museums with sliding walls and polished concrete coverings. 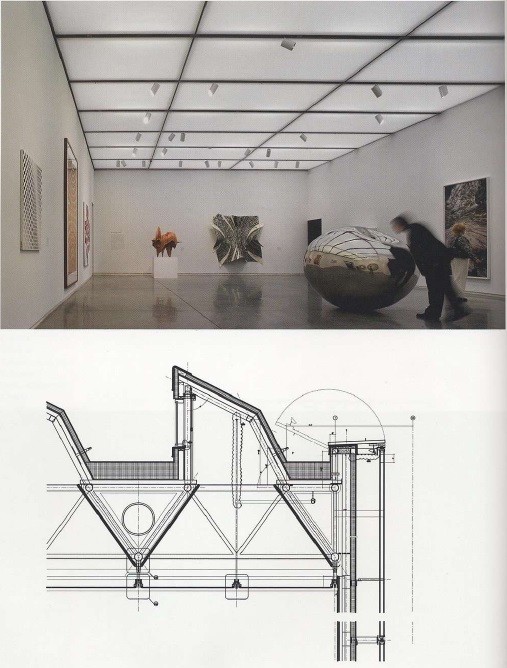 There’s a media center downstairs. The glazed walls of the theatre for 330 spectators are transformed from transparent to matt depending on the action unfolding inside.

Diller, Scofidio, and Renfro won the ISI construction competition, perhaps because of their attitude towards contemporary art and architecture. The 2002 Blair Building Pavilion undoubtedly had an impact on those involved in contemporary art. In addition, architectural design, which one critic called “too heavy”, evokes other administrative buildings with a similar dispersal of architectural masses in the works of Rem Koolhaas, William Alsop, and Zaha Hadid, among others.

So much steel has been spent on the construction of the ISI that 350 SUVs could have been produced.

The institute is located on the quay of Fan Pier. 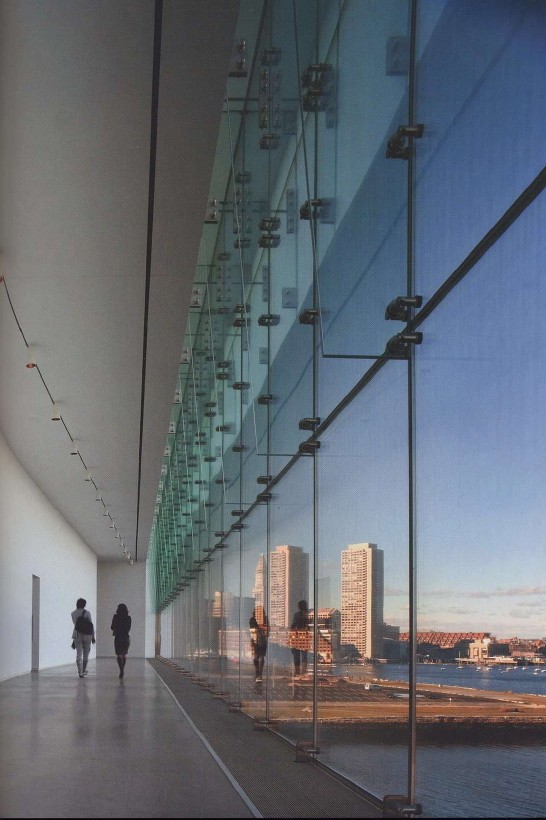 Its free-hanging galleries face the inner harbor of Boston, and a glass elevator overlooks the water surface. The wood-lined harbor road echoes the floor and ceiling of the theater, and the sliding glass doors of the café visually expand the space towards the harbor. Despite the positive feedback, critics complained that the structure did not take into account the land landscape.

The art of naivete requires a lot of experience. We are tirelessly striving to achieve the goal, even if it seems completely crazy, for example, the construction of a cloud.