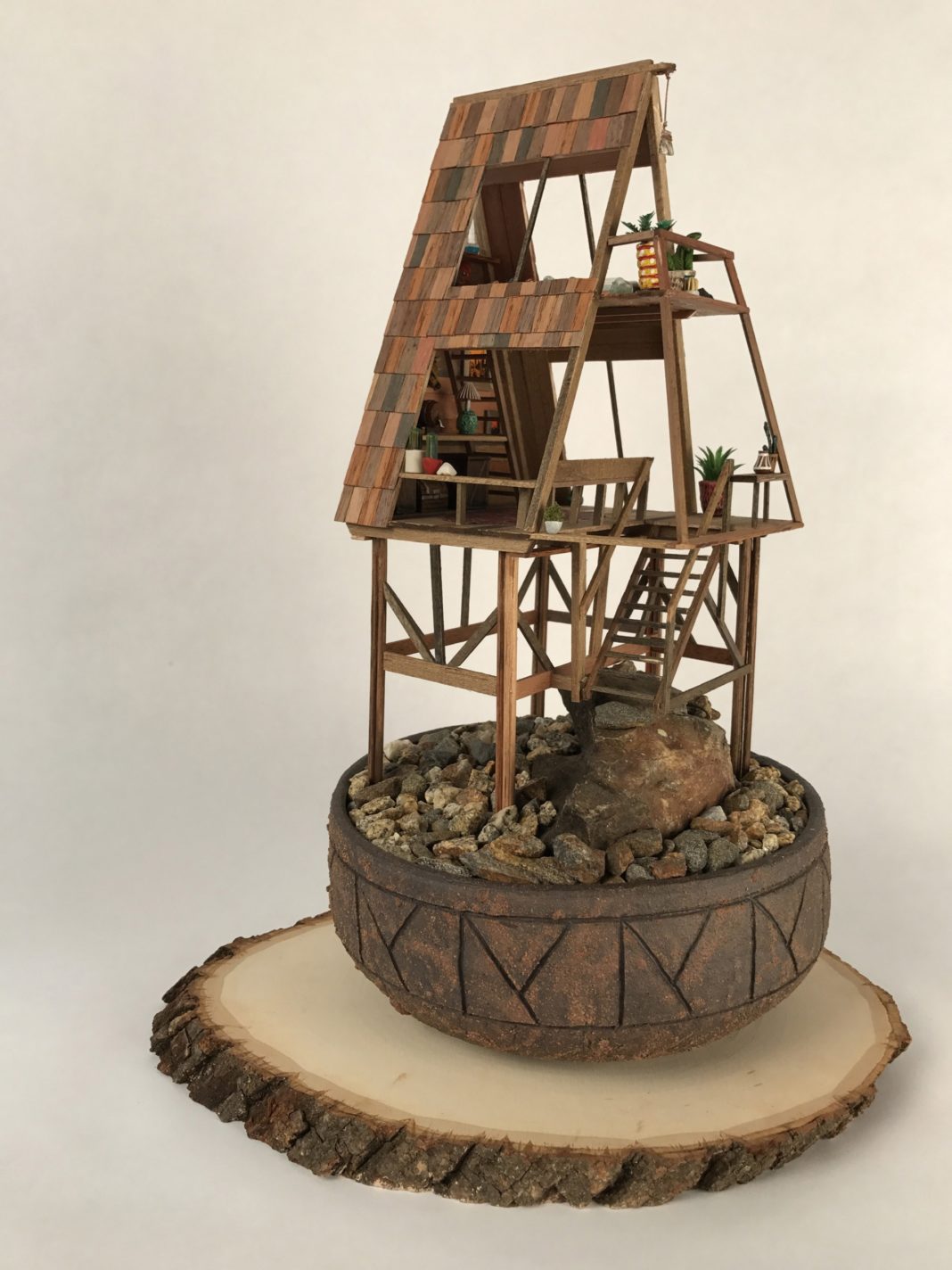 Miniature-builder and ceramicist Jedediah Corwyn Voltz constructs tiny homes, studios, and workshops perched within or around domestic objects. Previously we’ve covered his mini treehouses—impressive structures that scale succulents and other common houseplants with the support of petite scaffolding. Recently the artist has combined two of his preferred mediums, building small-scale interior scenes in the cross-section of his handmade ceramic vessels. 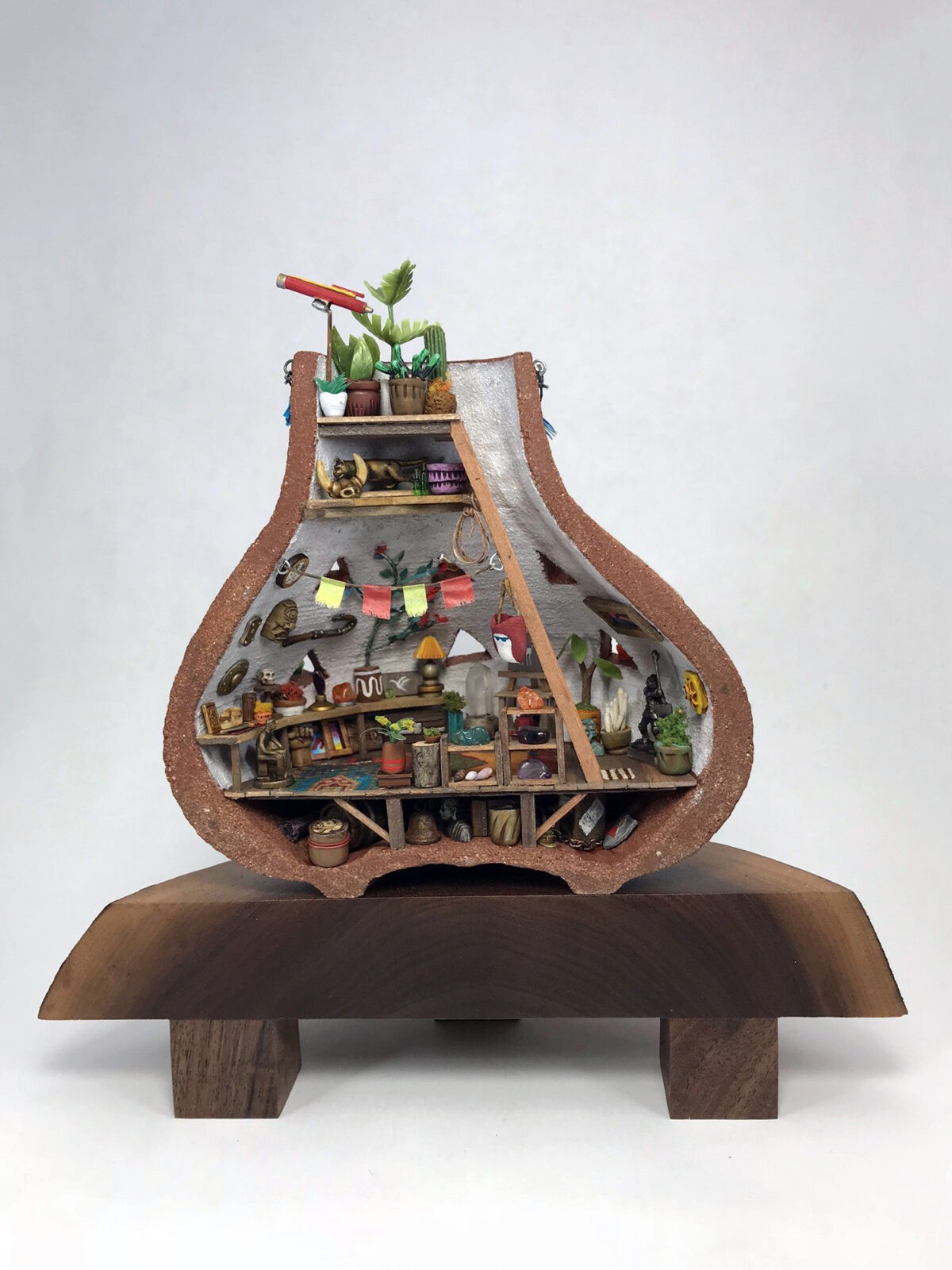 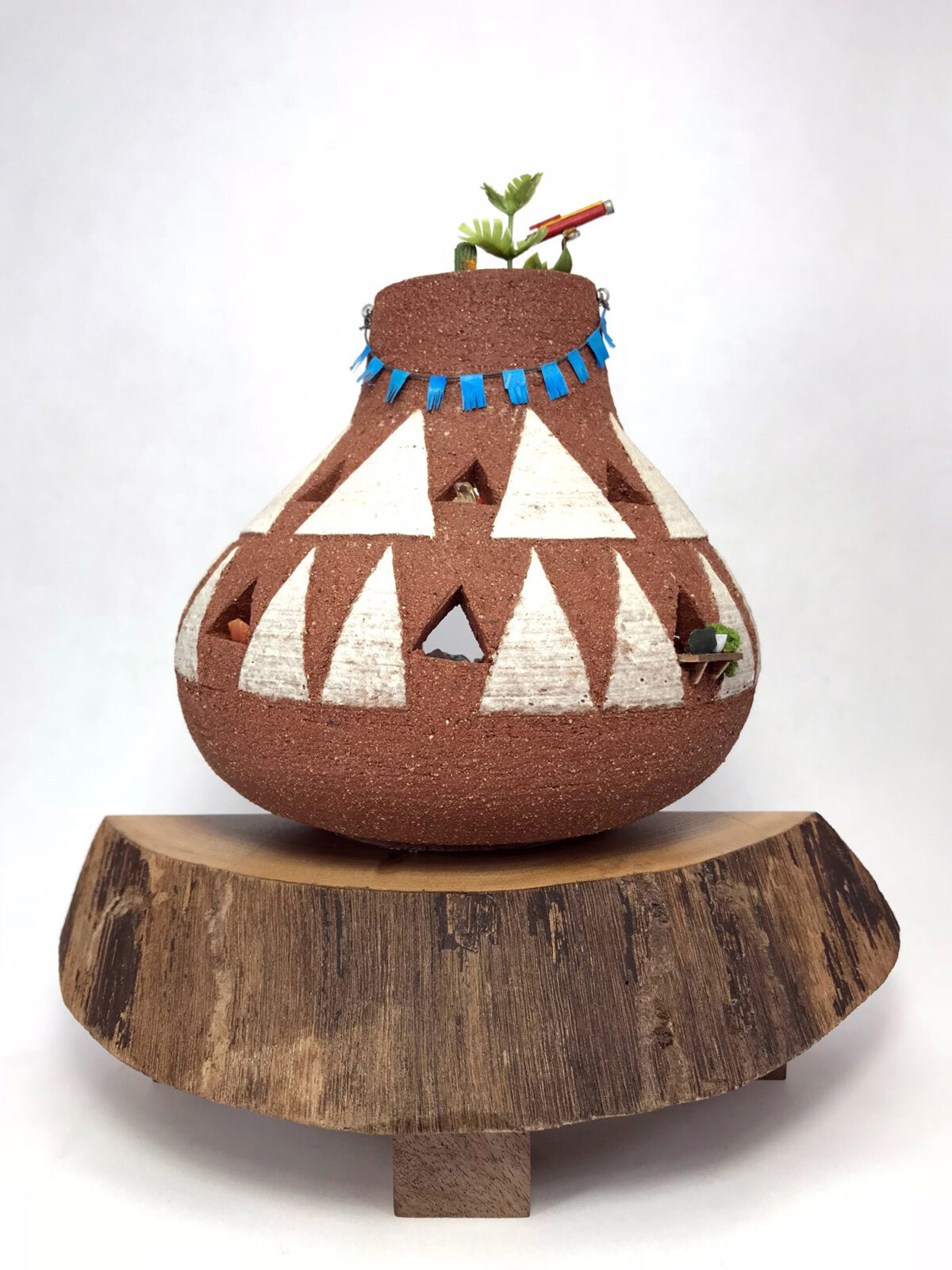 When he was younger, Voltz was obsessed with building forts for his G.I. Joe toys. And when hillsides and outdoor gardens froze over in the winter, he’d turn his mother’s plant collection into a miniature fortressed forest with tiny ramshackle structures scattered throughout. 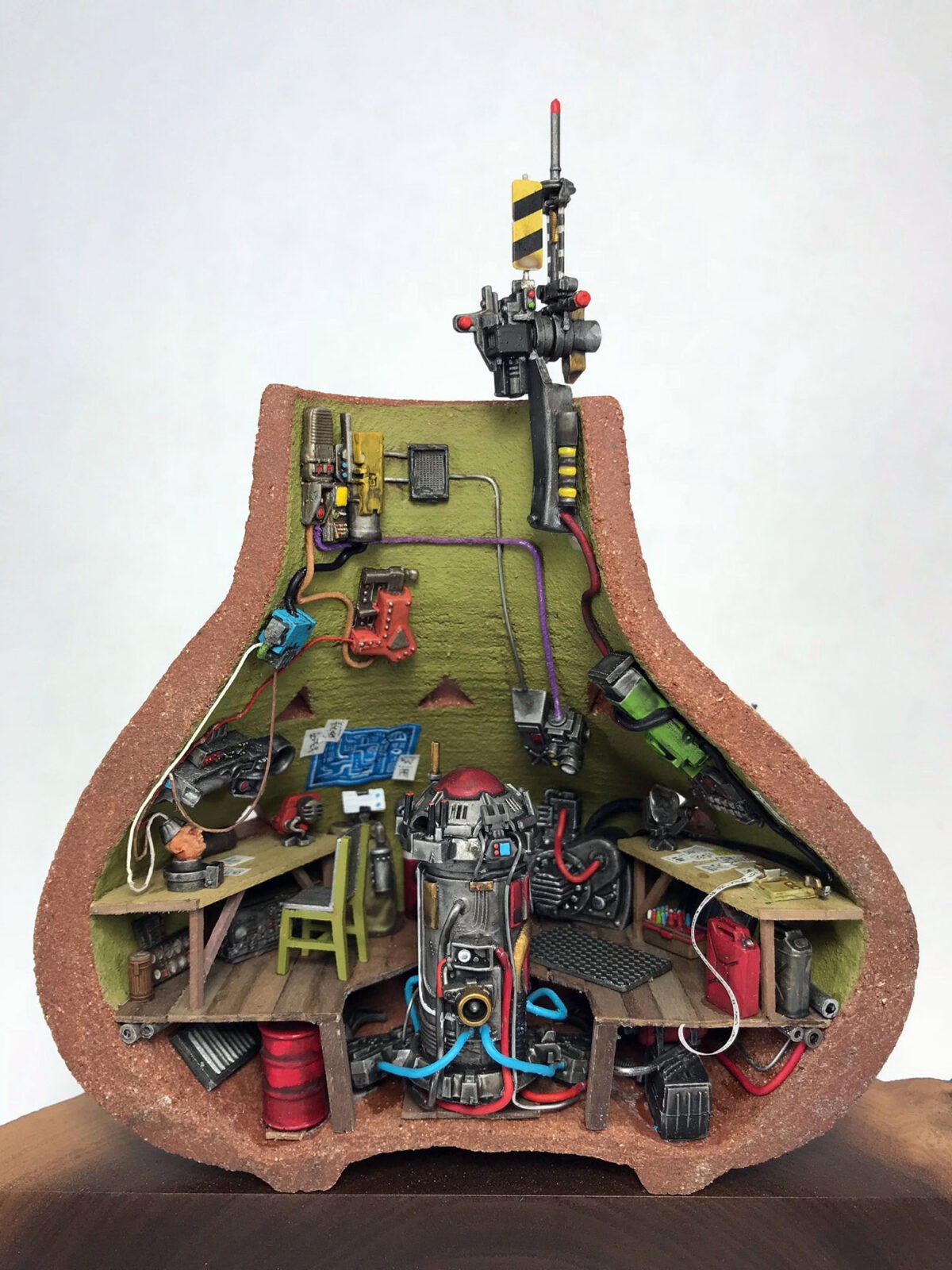 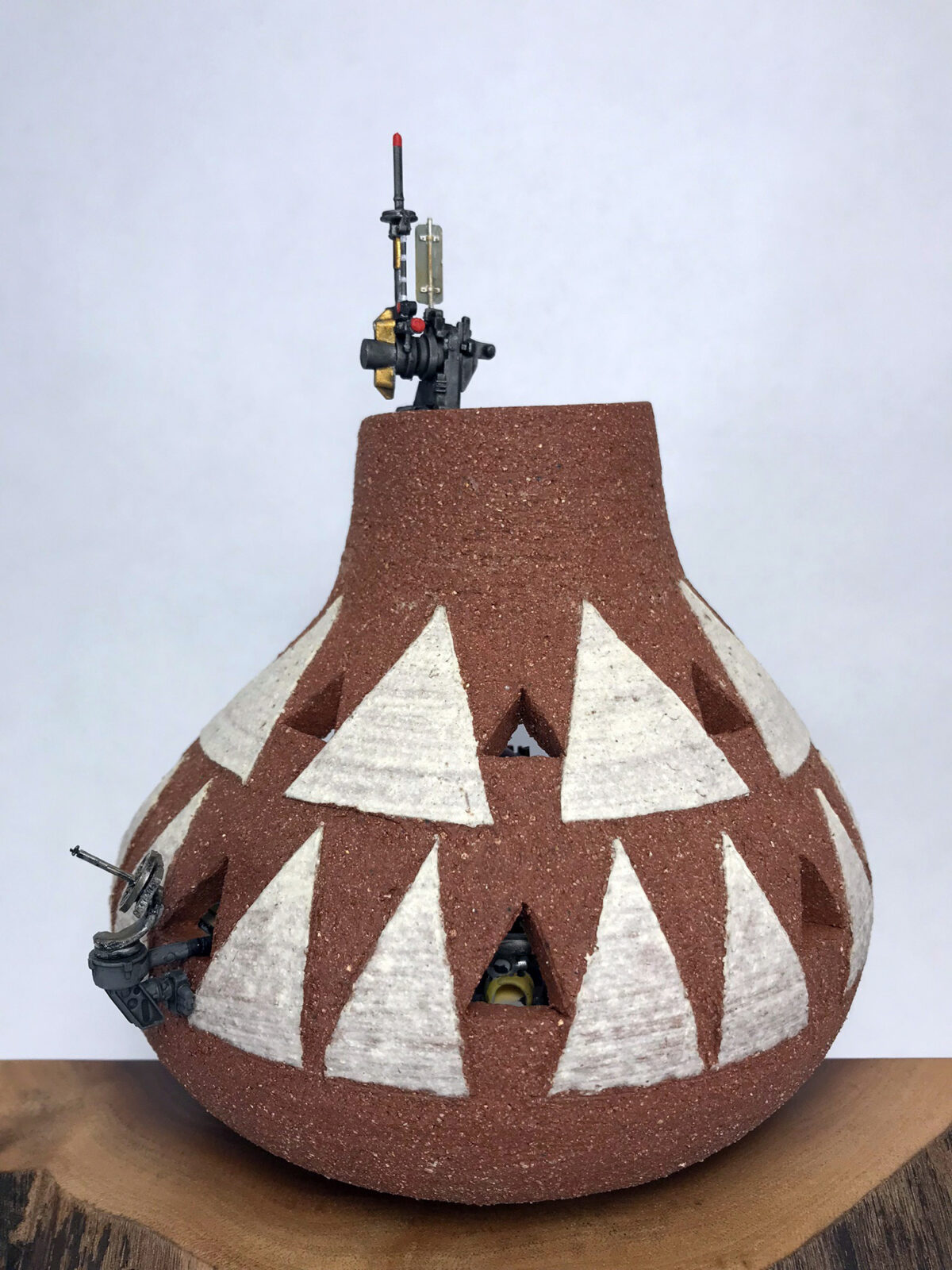 “It was pretty common to have four or five of these secret bases going simultaneously, sometimes with ziplines or communication cables strung between them,” Voltz says.

The action figures are a thing of the past, but Voltz, now a set designer, still populates his houseplants with intricate little homes of their own. He’s collected his tiny creations into a series, Somewhere Small. “It’s tough to find a plant in my house or yard that doesn’t have some sort of architectural adornment or small scene taking place within its branches and soil,” he says. 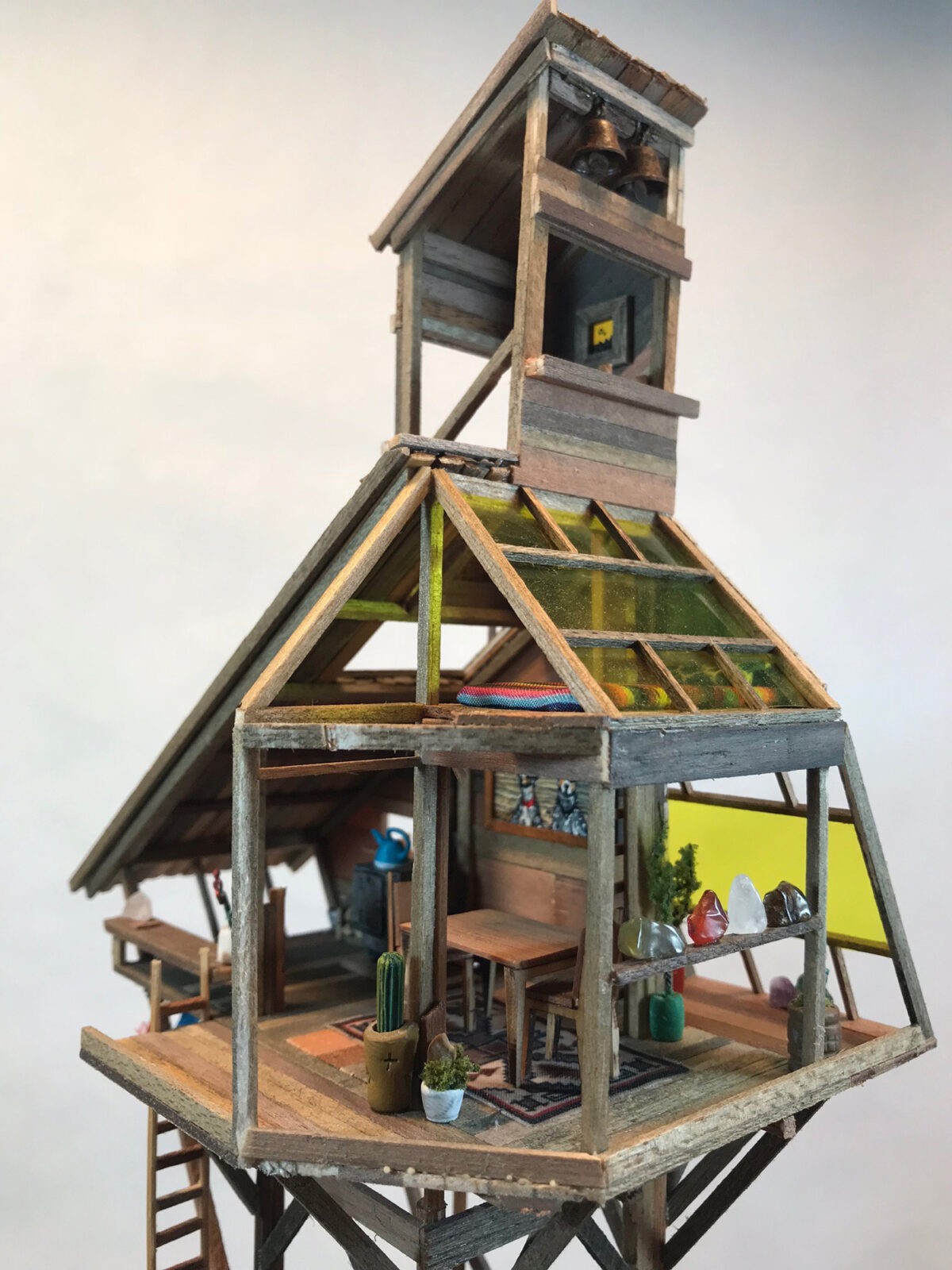 The majority of the structures in Somewhere Small, Voltz says, aren’t exactly designed so much as they are grown. He starts with a base, then lets inspiration guide the addition of roofs, ladders, and signs of life (Voltz constructs all of the furniture inside the houses, too). 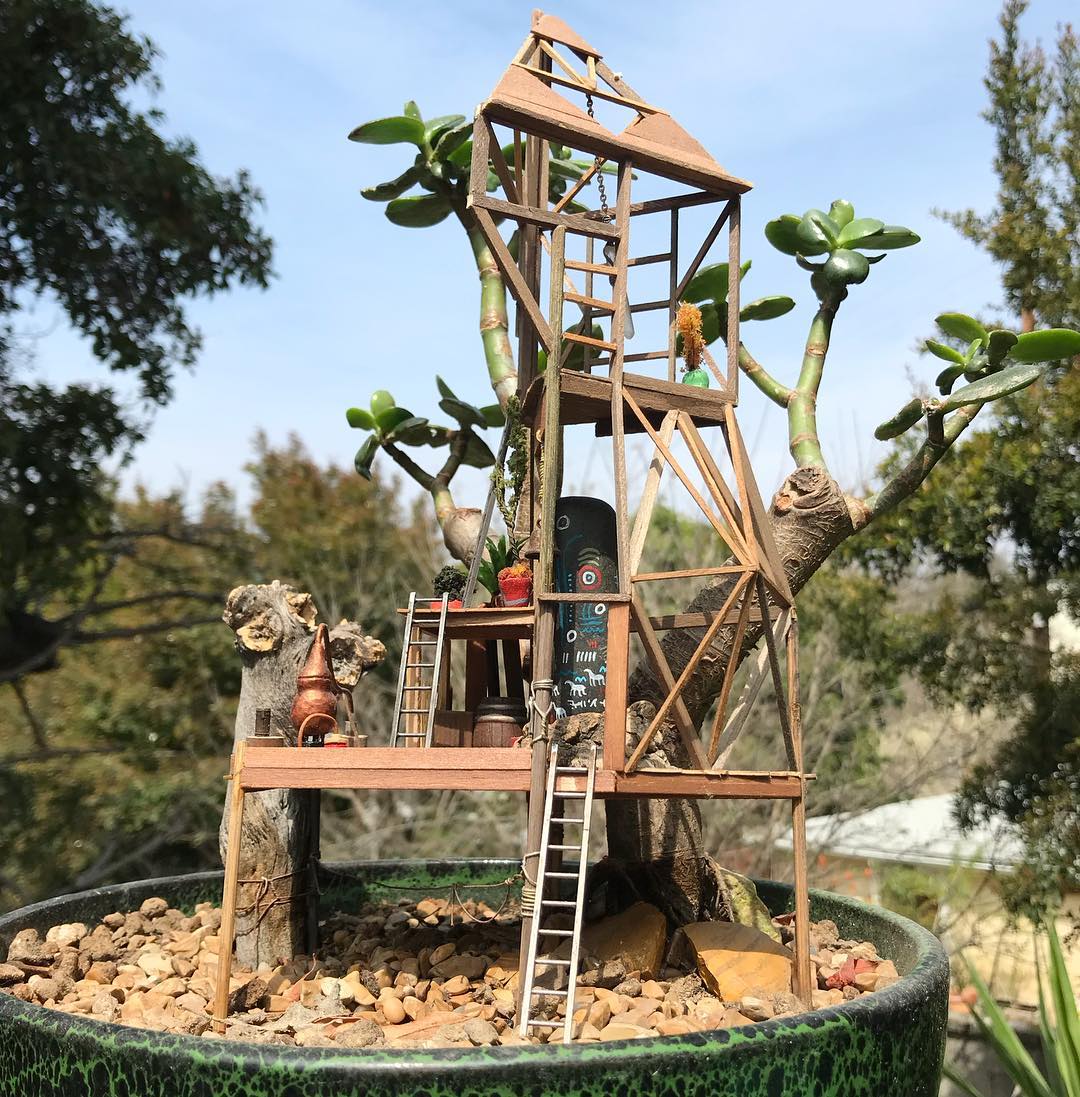 The multi-piece sculptures feature workbenches, complex machinery, crystals, and telescopes which peer from the top of the converted pots. These miniature workshops will be exhibited in the group show Bad Ass Miniatures:… Causing a Little Trouble at D. Thomas Fine Miniatures in Yonkers, New York from May 5 through July 22. You can view more of the Los Angeles-based artist’s ceramic works and tiny houseplant homes on his Instagram and Big Cartel.

Helen - February 17, 2020 0
Barcelona-based painter and photographer Connor Addison situates his recent series of oil paintings within the context of philosopher Edmund Burke’s theory of the sublime. That notion...