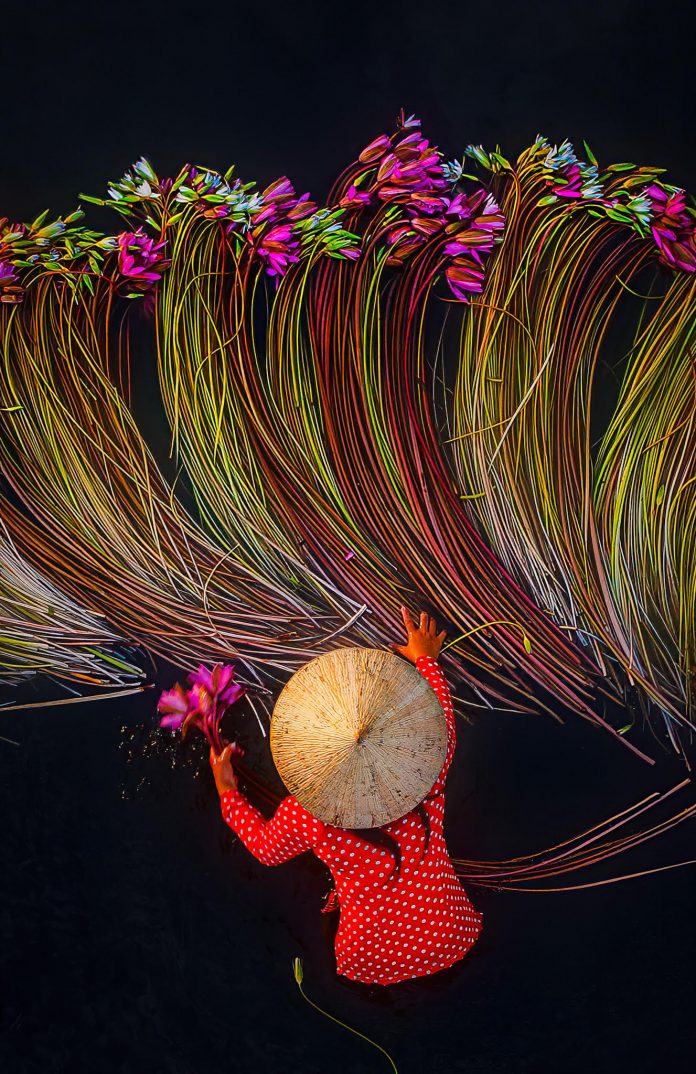 Each year, when the Mekong delta is flooded, the local people collect thousands of lilies on long stems that have grown on water-covered rice fields. Photographer Trung Huy Pham recently captured the annual harvest in a series of bright pictures taken in Long An Jiang provinces in Vietnam. 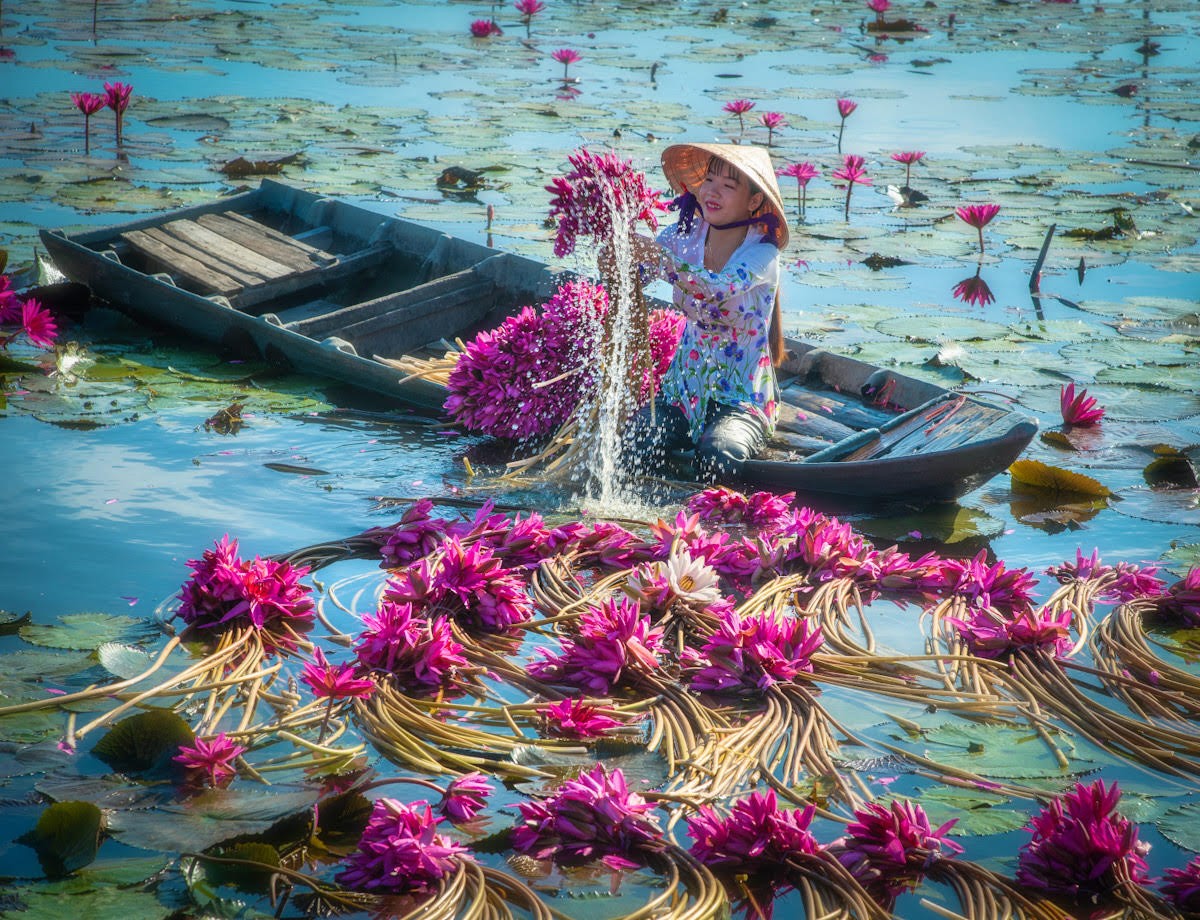 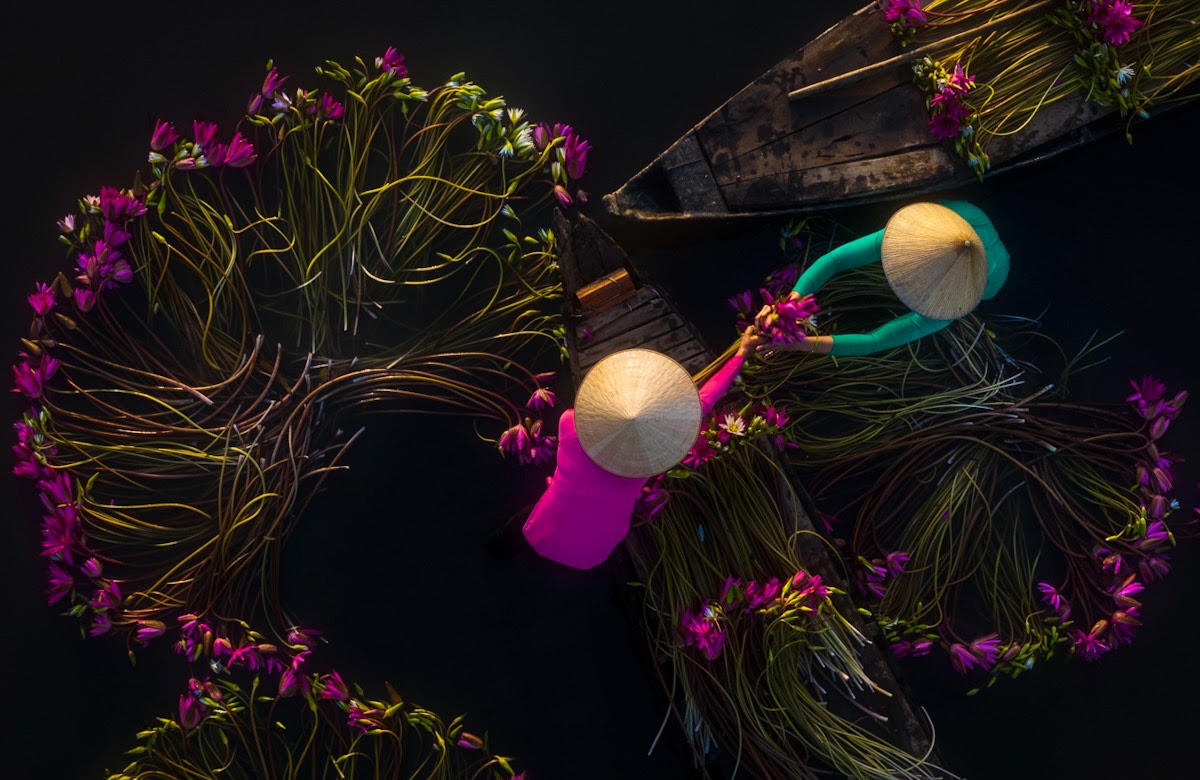 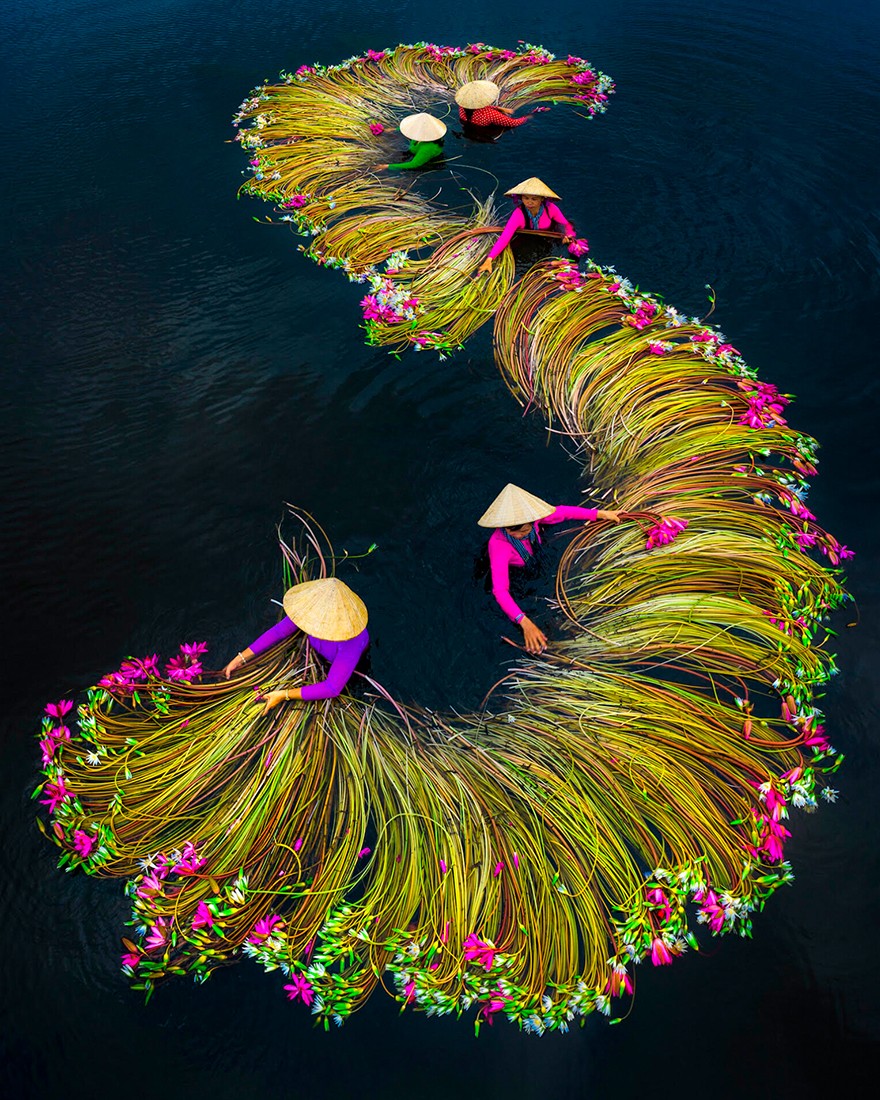 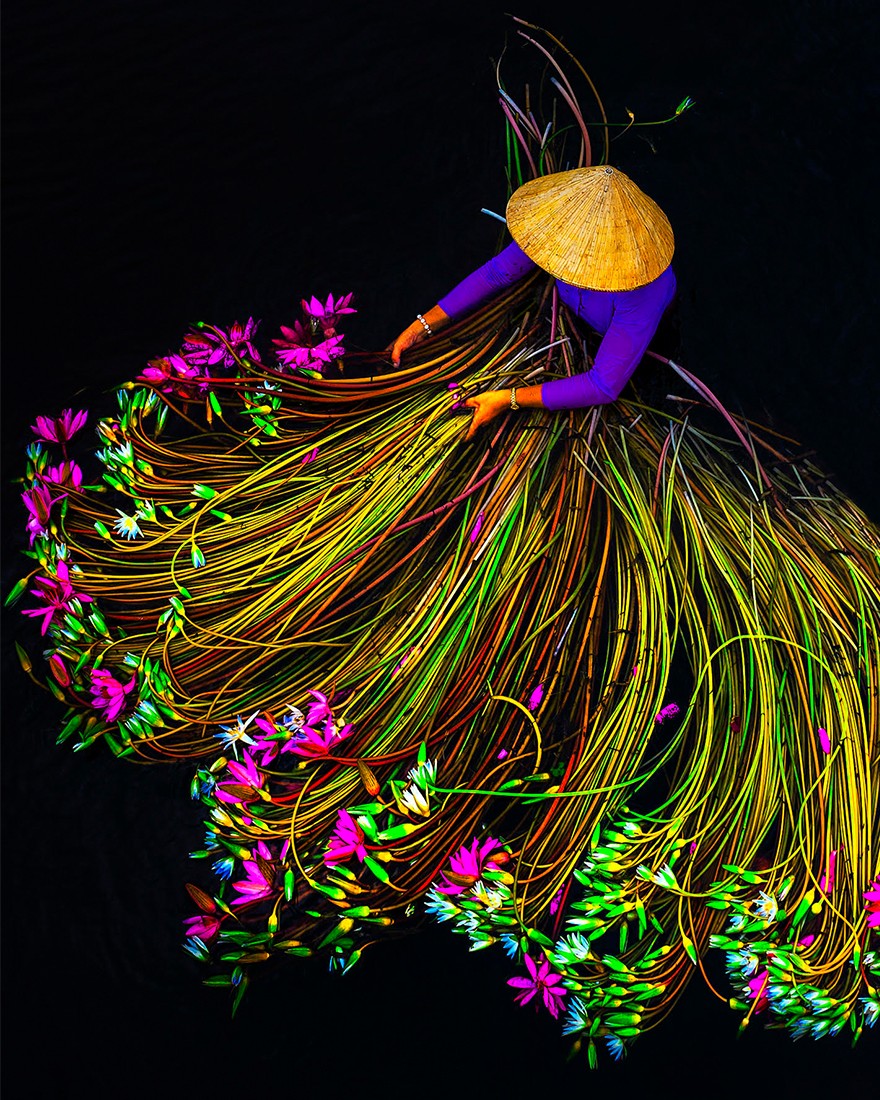