Home News Would you invest in art without seeing it? New scheme invites users... 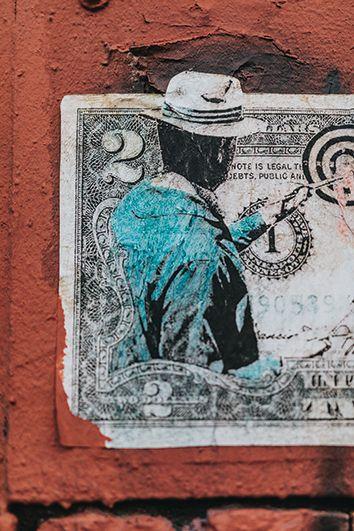 A relatively new way to invest in art—which is growing in popularity but not widely publicised—is to buy into securitised bundles of art loans, a service offered exclusively by the New York-based alternative investment platform Yieldstreet.

The company, which in 2019 acquired Athena Art Finance, a specialty lender that has focused on art-backed loans to collectors since 2015, has bundled these loans into securities products that are offered to investors with a minimum buy-in of $10,000. Since 2019, seven portfolios of art-backed loans have been marketed to accredited investors (defined as individuals earning at least $200,000 annually, or $300,000 if a couple, and a net worth of at least $1m). The average return on investment is a significant 10.3%, according to Rebecca Fine, Yieldstreet’s managing director of art finance and investment.

“The borrowers pay principal and interest on their loans every month, and as a result our investors will receive monthly returns,” she says. Since 2015, Athena has made around 50 art-backed loans, representing an aggregate $620m, Fine says. In those seven years, only one borrower has defaulted.

Borrowing against one’s art collection is now commonplace in the private banking divisions of financial institutions such as Goldman Sachs, Bank of America, Citibank, Deutsche Bank, Emigrant, HSBC and JP Morgan Chase, where the collateral for the loan is the art itself. Most of the banks that make such loans allow borrowers to retain possession of their art, though that—as well as the rate of interest (2.5%-5.5% is the average range), the loan-to-value percentage (35%-50% on average), the amount and term (usually a minimum of six to 12 months) of the loan—is negotiated. At other, less high-end institutions, art loans also take place but the collateralised property may be held by the lender until the debt is fully repaid. Many of Yieldstreet’s art-backed loans involve taking physical possession of the collateral.

Buying a position in a portfolio of art loans is an anomalous investment, as one is not buying into a collection of specific works of art, unless the lenders default and Yieldstreet is forced to liquidate the assets. Investors, Fine says, are not given specific information about the individual works being borrowed against, though the names of the artists are revealed. Nor are they told much about the people who take out these loans. “We might refer to someone as a ‘well-regarded collector of works of post-war and contemporary art’,” Fine says.

Yieldstreet has works offered as collateral independently appraised, as well as evaluated by professional conservators to determine their condition. Those examinations, along with the company’s own research, determine the amount of the loans, which are generally for twice the value of the appraisal. The value of the works in each portfolio of loans ranges between $30m and $40m, with ten being the average number of loans per portfolio. The loans are bundled to make their assortment of works thematic, such as post-war/contemporary or Impressionist/Modern, and Fine adds that “we require that the artworks are by more than two artists, so there are no concentration risks”.

Loans have different maturity dates, and some loans may be closed and others added to the portfolio. Increasing the size of a given portfolio of art-backed loans does not dilute the position of current investors, Fine says. For those seeking an early exit to their investment, the options are limited. “From time to time, Yieldstreet will offer a tender to investors, allowing them to liquidate their holding if they so desire,” Fine says.

Many will recall the securitised mortgages that were a key element of the housing market crisis of 2008, which resulted in losses for both homeowners and investors. However, the parallels largely end with the fact that both involved loans, since many of the homeowners involved had taken out larger mortgages than they could afford, while collectors seeking loans would not become homeless if they defaulted. Still, both rely on the assumption that the market for homes and art will rise.

Indeed, a drop in art prices could encourage borrowers to default, according to Gerald Friedman, a professor of economics at the University of Massachusetts, Amherst. The situation of ever-increasing prices for works of art over the past decade “looks like a bubble in the art market where work is appreciating more quickly than other assets”, Friedman notes. “For a time, this draws more investors driving up prices higher. Eventually, this will push prices up until people get nervous and dump their art to realise their profits. Once some do this, prices will start to fall, causing a cascade.”

An Arsonist Set Fire to Easter Island, Charring and Cracking the Sacred Moai Figures: ‘The Damage Cannot Be Undone’