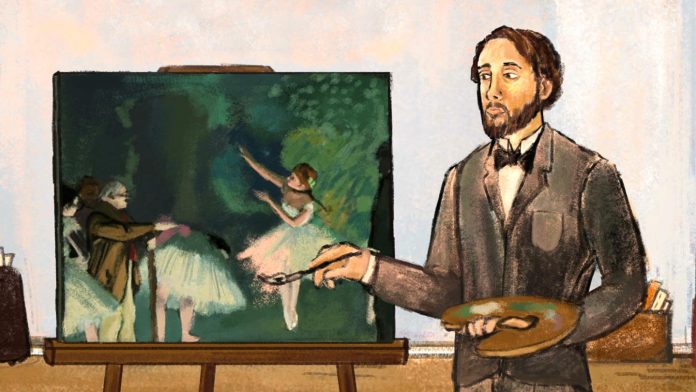 On July 19, 1834, the famous French painter, Edgar Degas was born in Paris. Edgar Degas is one of the most prominent French painters of the second half of the 19th century and maybe the brightest representative of impressionism. He managed to inscribe traditional academic techniques into the pressing topics of the 20th century.

Despite the fact that Degas is considered one of the founders of impressionism, he was not a typical representative of the trend. Where most artists strove to present a well-constructed composition, Degas wanted his work to look like an unassembled shot.

Most of his works are dedicated to dance, that is why, he became famous as an artist who could capture movement, like no other. He tried to avoid aesthetic, classical poses, preferring to show yawning, stretching, or performing worldly tasks of his models.

July 19 marked the 186th anniversary of the artist’s birth, in honor of which we remember ten of his masterpieces.