Home News 10 Things you should know about Andy Warhol 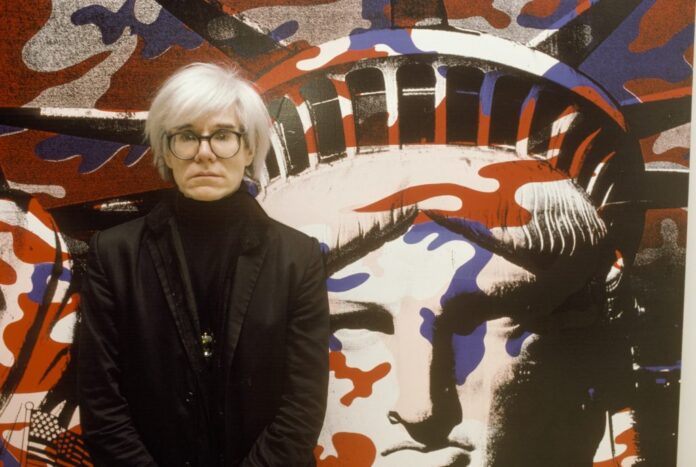 Andy Warhol is a famous American artist, designer, sculptor, producer, director, writer, magazine publisher. He is called the founder of the ideology of “homouniversal” and a genius provocateur. He is the author of works that have become synonymous with the concept of commercial pop art.

Warhol’s paintings are so mysterious because of the fact that his life is a complete mystery. Here are ten interesting facts about Andy Warhol that further blur the line between his life and art.

He knew how to turn junk into art

The artist kept everything that passed through his workshop. His studio was filled with newspaper clippings, art supplies and materials, posters, audio cassettes, photographs, books and magazines, decorative arts, and, of course, his famous wigs. The Warhol Museum estimates that its collection contains over 230 cubic meters of material or over 500,000 items.

While studying at the Carnegie Institute of Technology in 1949, he painted a picture of a man picking his nose and presented it at an exhibition. This picture attracted attention as part of the following year’s student show. Subsequently, Warhol created a whole series of Nose Pickers.

The greatest influence on Warhol was his mother. A rare disease of the nervous system bedridden Andy for several months. Then his mother first began to teach him drawing. Interest in art was fueled by the brothers, who brought Andy comics and photographs of Hollywood celebrities.

It`s one of the unknown facts about Andy Warhol but from 1963-1968 Warhol made several hundred films. At least some commercial success was gained only by the underground film Chelsea Girls in 1966, co-authored with Paul Morrissey.

Two album covers designed by Warhol are remembered for decades. The cover of Velvet Underground & Nico’s debut album in 1967 featured a banana that could be “peeled” (peeled off) and the cover of the Rolling Stones’ Sticky Fingers album in 1971 featured a real zipper.

Warhol became a rock manager when he was approached by a Broadway producer. Nearly 20 years later, Warhol directed his first rock video, directing Cars’ hit “Hello Again” in 1984. Warhol himself appeared in the video as a bartender.

In an interview with Cavalier magazine in 1966, Warhol was asked what his art meant to him. Warhol simply replied, “Oh, I don’t know. I drew just to please. It gives me a sense of my own worth.”

He is credited with things he did not create

While Warhol is one of the most photographed and publicized artists of the 20th century, he is probably the most quoted. Most of the quotes are taken from his book The Philosophy of Andy Warhol (A to B and Back). The most curious thing about Andy Warhol is that Warhol did not actually write this book.

The art of creating your image

Warhol’s love of art led to his zealous self-control. He never liked his nose. In the 1950s, he decided to undergo plastic surgery to change the shape of his nose. Also, the artist used cosmetics and collagen treatment all his life. And, of course, we must not forget his legendary, signature brown wig with shades of gray on the sides and front.

Why Do Artists Leave Their Galleries? It’s About Money—and a Whole Lot More