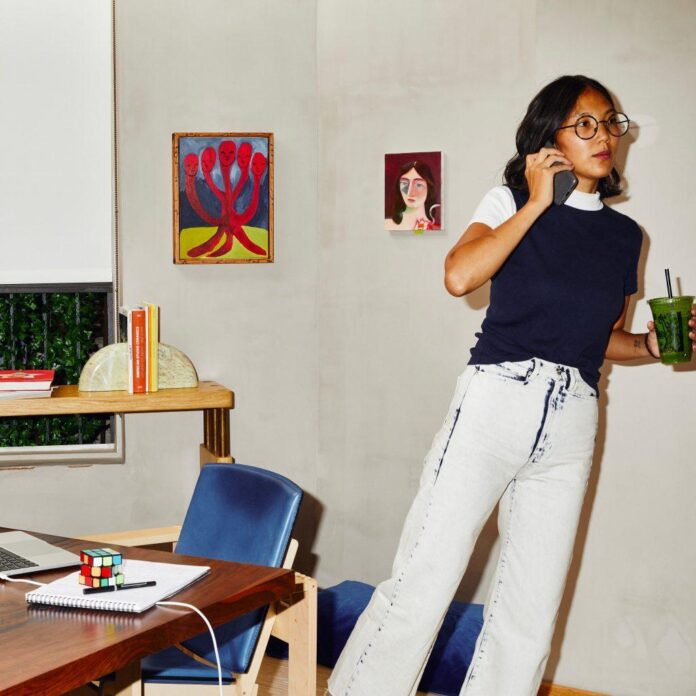 At her first job, in the post-war and contemporary art department at Christie’s, Bettina Huang learned a lot about the art industry—including that its elitism and aversion to innovation weren’t for her. So she ventured into the world of e-commerce.

Now, after a decade of working at the likes of Fab.com, the native New Yorker has bridged the two worlds with Platform, a David Zwirner-backed e-commerce site. The initiative aims to lower the barriers around discovering and buying art, and features works by of-the-moment artists selected in collaboration with the gallery.

Most recently, Platform started producing products in collaboration with artists, including a Raymond Pettibon t-shirt, limited to editions of 100. “For those who snag them—and we don’t ever reserve for ‘VIPs’—these are really special collectors’ items that aren’t crazy expensive,” Huang said.

In advance of the next collaboration, which is set to drop in January 2023, she kindly responded to our Valuations questionnaire. 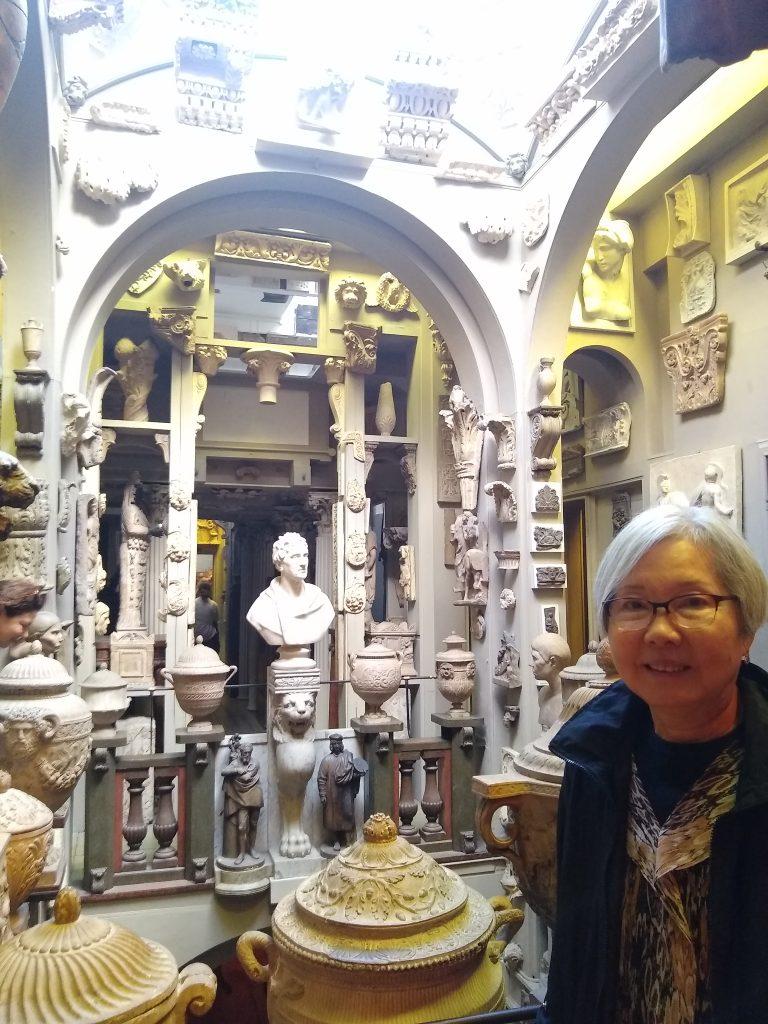 I just got back from a long weekend in London with my mother, who hadn’t left the country since before the pandemic. I’m not someone who flies across the Atlantic for quick jaunts—I’m tormented by the thought of all the plane emissions!—but I felt really lucky being able to spend time with my mom and help her escape New York for a bit. We ate too much, hung out at Sir John Soane’s museum (one of the most delightfully surprising places in the world, I think), and sat in parks to people-watch—indulgent, quality time.

I recently moved into a new apartment, so decorating is on my mind. Right now I’m looking for a floor lamp, but not just any floor lamp. Generally, I’m looking for things that achieve my triumvirate of: 1) design I really like; 2) adds to my life in a meaningful way; 3) is reasonably priced. In this case, I’m finding that 1 and 3 are really hard to find in one lamp, so I’m saving up to get something that I love aesthetically.

I haven’t found the right one yet, but an example of something in the right direction is the Willow Floor Lamp by Jackrabbit Studio. I like the curvature and sculptural base, and it balances gravitas and playfulness. That said, I don’t think the materials are exactly right for me…

If anyone knows of anything that achieves that triumvirate, suggestions are welcome! 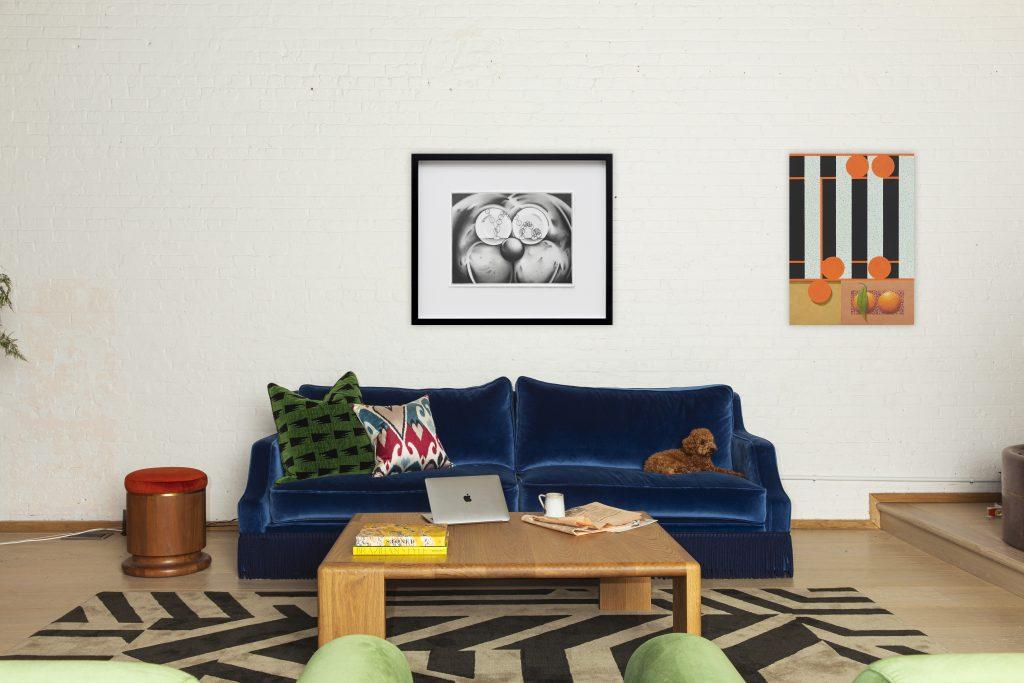 I’d do something completely silly that I’d never do if I’d had to earn that $100 myself, like get an aura photo and reading for my dog. I’m definitely curious about that.

A good night’s sleep on the weekend. And love, though that might be more than a million bucks.

I’m really good at thinking critically about problems and opportunities, which lets me come up with solutions to problems that aren’t obvious. Combined with that, I’m comfortable talking with just about anyone.

Here’s another multi-part answer: Works of art that move me have to be pushing boundaries and doing something that feels original, which could be in technique or subject matter. In contemporary works, I also think it’s extremely important for art to connect to what’s meaningful in the culture and to me. And of course there’s got to be something about the art that draws the eye, and that doesn’t have to be beautiful—it could be quite the opposite, even. 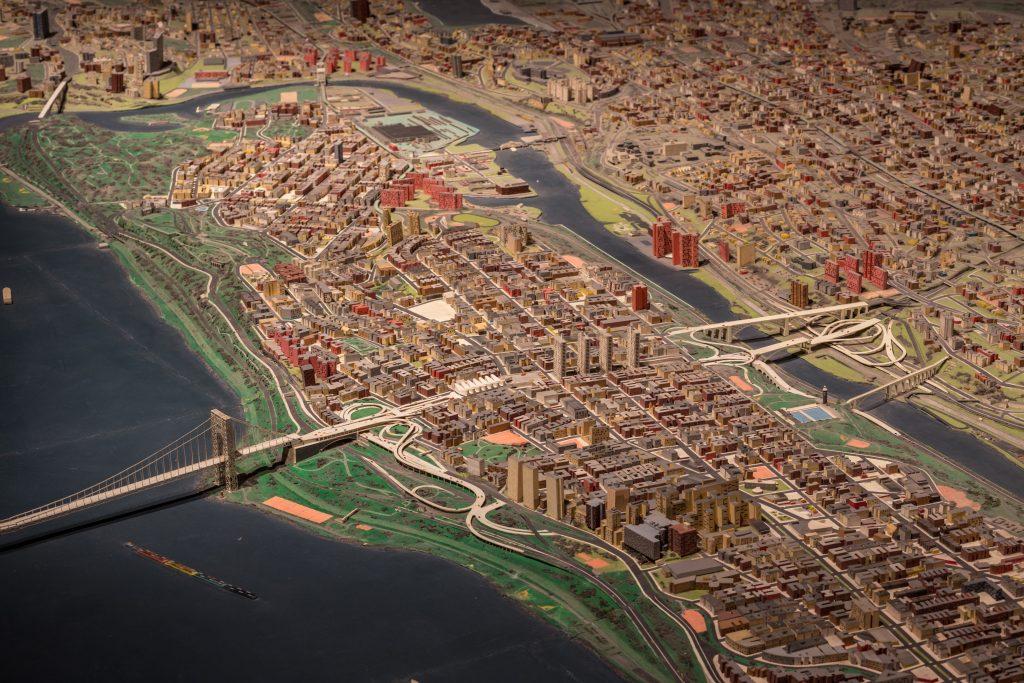 An unexpected example: I was excited to discover the Panorama of the City of New York that was made for the 1964 World’s Fair, which is a part of the Queens Museum now. It wasn’t necessarily made as a work of art, but it’s incredibly beautiful, was unprecedented for its time, and has a lot of cultural significance. The lighting in the room and of the objects in the panorama change so that you can see what 1960s New York looked like at all times of day. It’s a 1:1,200 scale model, large enough that you can walk around it and see the details. And while it was probably made with the intention of being an objective representation of New York at the time, nothing is objective, so you can get a sense for the biases (many of which were probably unconscious) that influenced it.

I’m excited about Mickey Lee, who was recently on Platform. From what I can tell, she and I have  different personalities, but her work transcends differences. She creates images—mostly of women—that feel like they resonate with something fundamental. She’s a great colorist, and her work reads as though it draws from Old Masters, but she channels that connection to tradition in order to connect with the mood and culture today 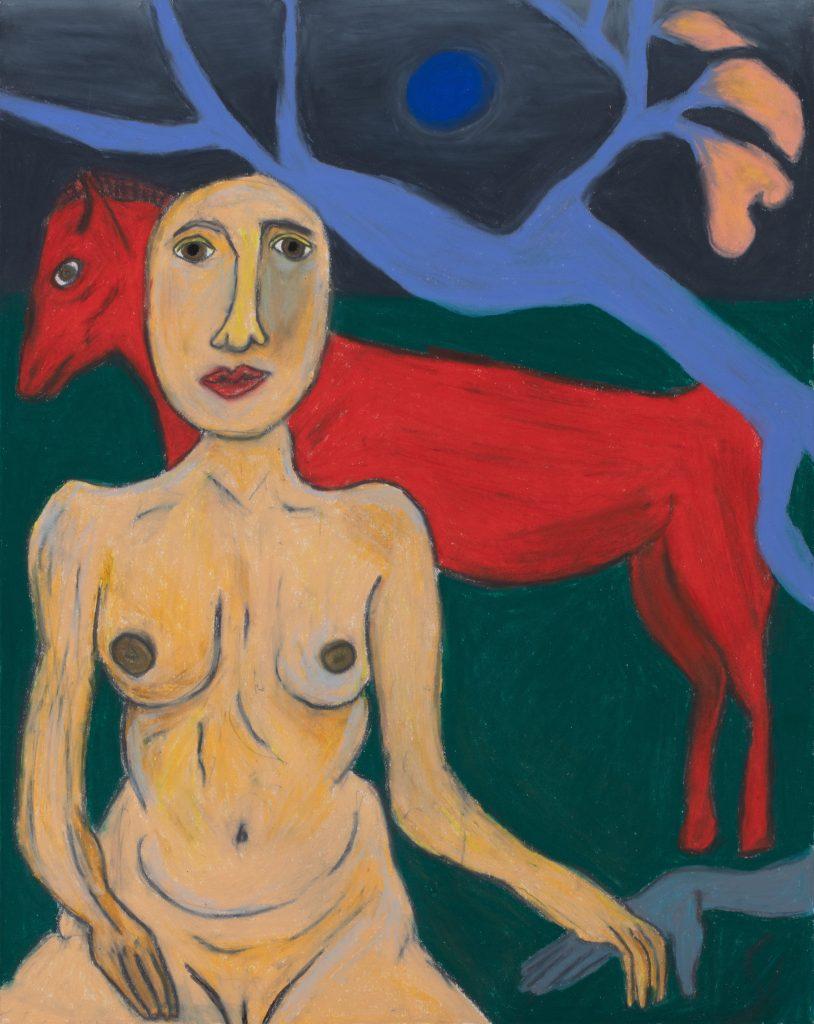 What interests me personally are twoof artists who’ve been overlooked for a long time: Women and/or BIPOC artists. I could go on forever about this, but artists of historically underrepresented backgrounds still don’t comprise a significant enough percentage of the artists whose works are bought and sold (and therefore can make a living). Underpinning that is the lack of diversity in the workforce that powers this industry.

One of the things I’ve been so pleased to see in running Platform is that there is real interest from our customers in talented women and BIPOC artists. We’re contributing to helping the artists get their due. Those efforts come from a team that represents a range of identities.

All of the events where people feel they need to being well-dressed, well-educated, well-bred, etc. They’re neither fun nor good ways to meet people being themselves!

I’m not that attached to objects, and I am pretty selective about what I keep. In the right circumstances, I could move my whole life with one piece of luggage.

That said, I had this great bike for 13 years; it’s like lottery odds for a bike not to get stolen in New York in that amount of time. And then finally, it happened a few months ago. I was surprised by how sad I was. I walked around the city thinking that I would see it and get it back, as though I’d lost a pet. 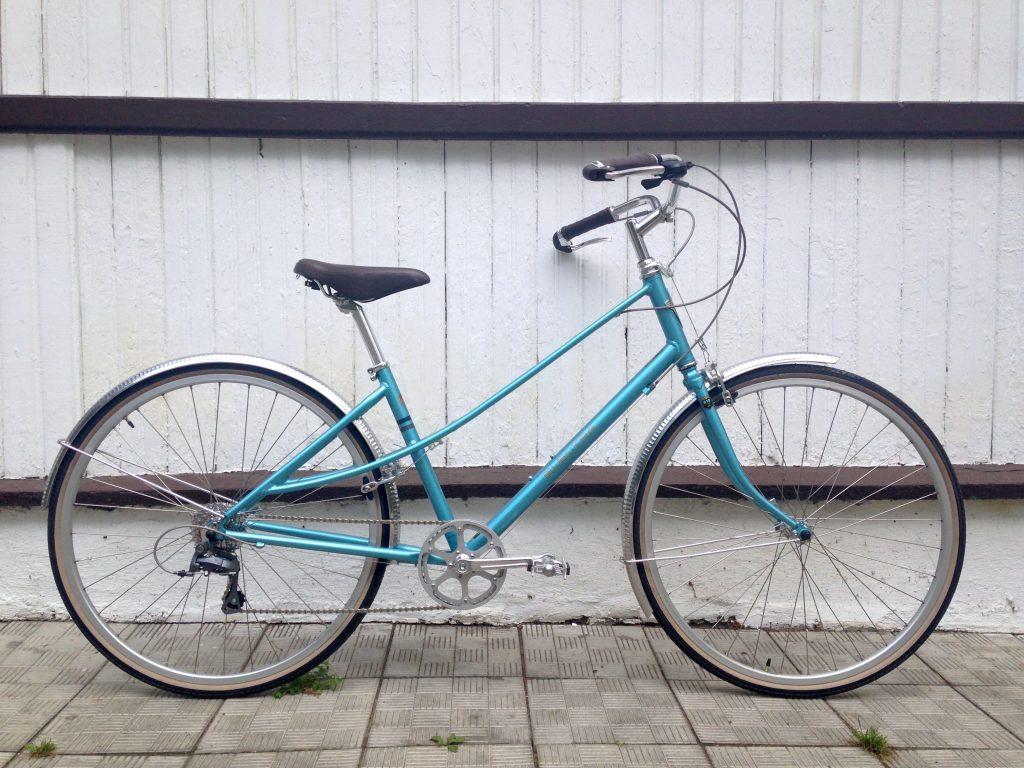 The beloved bike that got away. Courtesy of Bettina Huang.

What’s been your best investment?

Getting my MBA was so incredibly worthwhile for me. I’d been working at Christie’s, and I wanted to develop perspective and experience beyond the very specific niche that is the art industry. Not to sound like an ad for NYU Stern, but business school let me do exactly that. I exercised skills that I hadn’t touched for years there, but also, I moved into the entirely different world of startups, and that gave me a completely new and broader way of thinking. That led to what I do now: working with art again, leading a company that’s creating meaningful but also complimentary change in this industry.

More than I can list, but to name a few: dating apps, preventative Botox, Web3, Ottolenghi.

A cause that I personally engage with is mentoring children of families who’ve recently immigrated to the U.S. I feel it helps even out access to opportunities. As much as this is a country that values hard work, there are advantageous connections and pro-tips that get passed down generationally—but much less so when you’re a family who has just immigrated here. My parents immigrated from Taiwan, and as a kid, I had to figure it all out on my own. So it means a lot to me to try to pass along what I’ve learned to other people in those shoes.

A lot of things! Side gigs where I can be creative (starting a food podcast, making a TV show, writing a book). And making an appearance as a judge on a reality cooking show. Some are more serious than others, but in general, living a life where I feel that most of my time is spent doing things I enjoy and also find meaningful. 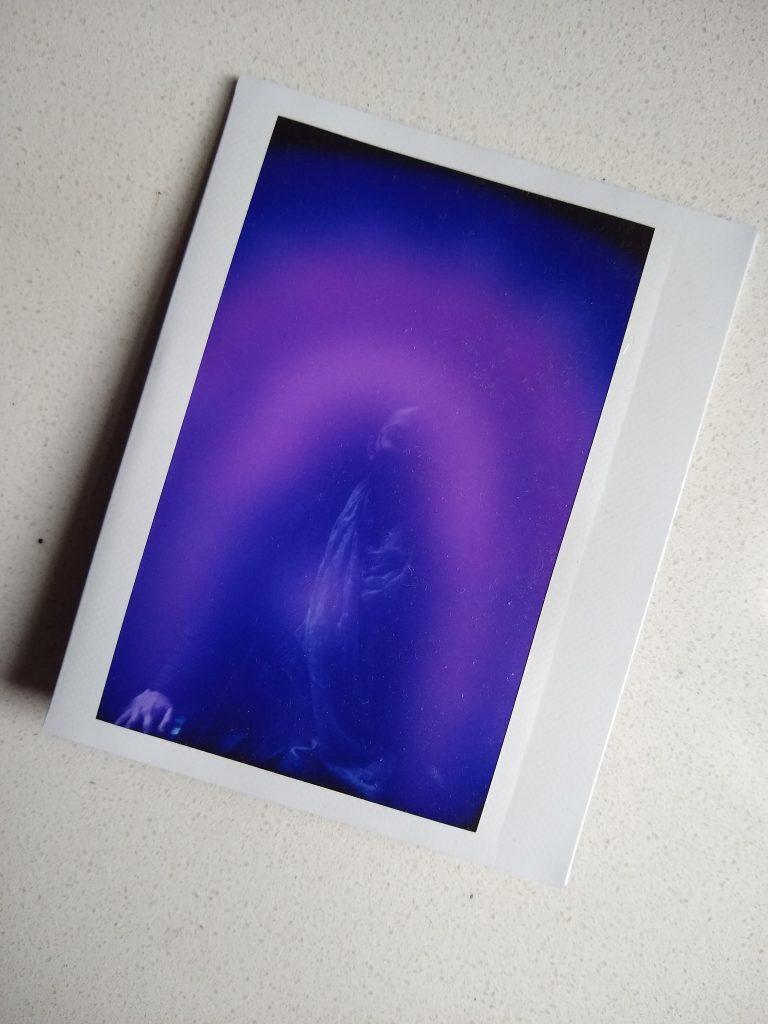