Home Auctions Christie’s To Offer The Finest Collection Of Art At First For 20... 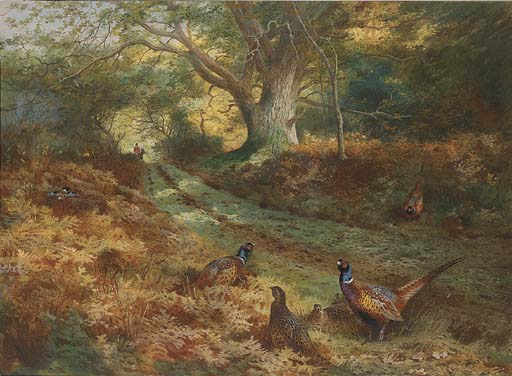 Christie’s will be presented in London on December 15, 2017, as well as an online sale, which will be open for applications from 9 to 18 December 2017. The collection represents sculpture, furniture, and decorative art.

The auction will reflect the Astor family’s thoughtful collecting interests and includes one of the most comprehensive selections of works by ornithological artist Archibald Thorburn, along with a younger generation of artists such as Claire Harkess, Steven Porwol, Darren Woodhead and Jonathan Sainsbury, many of whom have been hosted at the historic Tillypronie estate in Scotland.

Since Lord and Lady Astor bought Tillypronie in 1951, the celebrated collection of paintings, sketches, studies, and bronzes has been a central element of the spectacular sporting estate. It is one of the greatest assemblies of paintings by Archibald Thorburn, along with an impressive array of works by George Edward Lodge. Throughout the auction, birds are the central motif that unites the artists, depicting a variety of British species including black and red grouse, ptarmigan, capercaillie, pheasant, partridge, duck and geese as well as birds of prey. Highlights include Thorburn’s atmospheric Blackgame in the glen (estimate: £70,000–100,000), and A frosty dawn, dating from 1927 (estimate: £50,000-70,000), which demonstrates his extraordinary handling of lighting and ability to capture the movement of birds. A wider interest in sporting art is evident in works such as Monarch of the Glen, a ten-point stag with three hinds, painted in 1901 (estimate: £12,000–18,000).

Archibald Thorburn was a Scottish artist and painter and illustrator of birds, mainly in watercolors. He regularly visited Scotland a sketch of birds in the wild, his favorite being in Gaick Forest near Kingussie in Invernesshire. His widely reproduced images of the British wildlife, with their evocative memories and dramatic backgrounds, are used today as well as athletes and poultry farmers centuries ago.

George Edward Lodge was a British illustrator of birds and an authority on falconry. One of the earliest works for which he made illustrations was Lord Lilford’s Birds of Northamptonshire, in conjunction with Archibald Thorburn, whose skill as a bird-artist Lodge greatly admired. This admiration was returned as in the early 1910s Thorburn was approached by a representative of the New Zealand Government regarding a commission to provide plates for a proposed book of New Zealand native birds. Thorburn recommended Lodge for the commission and in 1913 Lodge began work. He studied bird skin specimens from a number of different collections in Britain including the Natural History Museum and eventually supplied 90 plates to the Wildlife Service of the Department of Internal Affairs of New Zealand. Due to the illness of the author, the proposed book was never finished and the plates remained with the Department of Internal Affairs until they were transferred to the Dominion Museum in 1948. In 1983 the remaining 89 plates were eventually published in the book George Edward Lodge: The Unpublished New Zealand Bird Paintings with text by C.A. Fleming.

Lodge was also an expert at woodcuts, in which craft he contributed to books by Henry Seebohm and Badminton Library. His illustrations appeared in Beebe’s Monograph of the Pheasants and Eliot Howard’s Introduction to Bird Behaviour (1929). 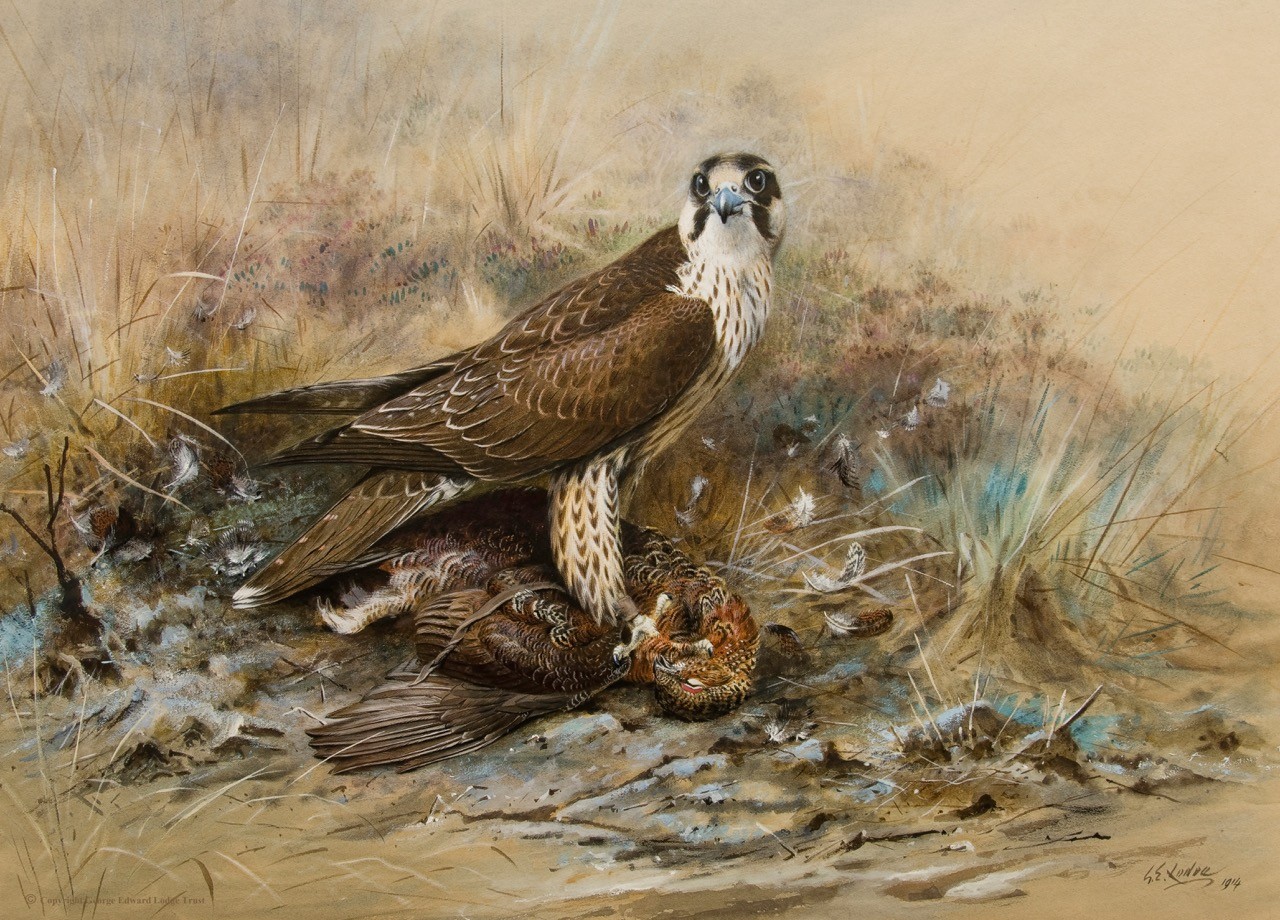 He published his book, Memoirs of an Artist-Naturalist in 1946, illustrating it with his own pictures. One of his last acts, shortly before his eyesight became impaired, was to institute a trust fund for the publication of original works in natural history: the first publication was The Birds of the British Isles by Dr. David Bannerman, for which Lodge painted 377 illustrations depicting 435 species. 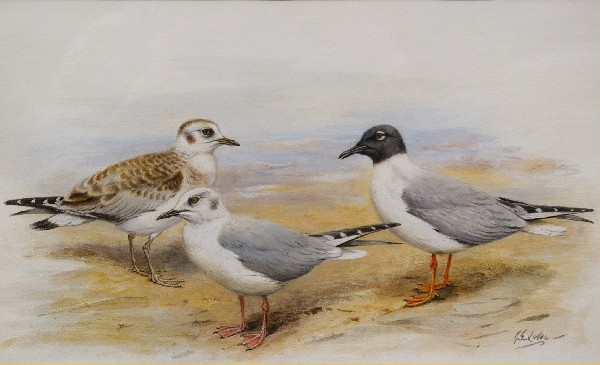 In 1852, Prince Albert and Queen Victoria purchased the nearby estate of Balmoral and it was Queen Victoria who laid the foundation stone of Tillypronie, which was built in 1867 by Sir John Clark, the son of the queen’s physician, Sir James Clark.

Throughout its 150 year history, Tillypronie has continued to host notable guests from Harold Macmillan, later Earl of Stockton, to Neville Chamberlain and other political titans, American diplomats and men of letters such as Henry James, along with members of the royal family.

A watercolor by Queen Victoria depicting a stag, shot by her confidant John Brown (estimate: £6,000–10,000), will be offered in the sale. Alongside this superb selection of sporting art, The Astor Collection will present a beautiful array of silver, decorative arts, and furniture, capturing the atmosphere of the Tillypronie estate. Highlights include The Astor Challenge Cup, an Edward VII silver tankard by Elkington and Co. (estimate: £500– 700), a Regency mahogany library table circa 1815 (estimate £2,500–4,000), along with a leather and oak cartridge case by James Purdey & Sons (estimate: £1,500– 2,500).