Home News 15 Years After a Catastrophic Flood, the University of Iowa’s Esteemed Art... 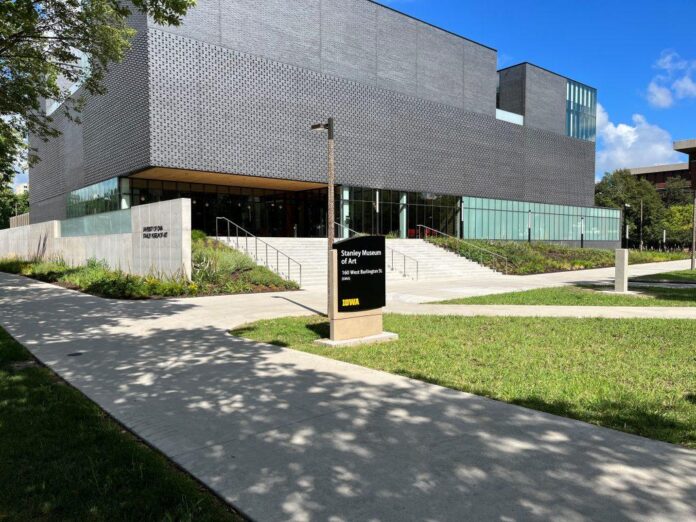 In 2008, amidst a particularly rainy Midwest spring, the University of Iowa Museum of Art was flooded by the river on which it sat. The damage was catastrophic.

An ad-hoc cadre of staff members and volunteers managed to evacuate the institution’s collection—including its prized Jackson Pollock Mural (1943), one of the 20th century’s most iconic works of art—but the incident signaled the end of the museum as its community knew it.

And yet, as costly as the flood proved to be, it also provided—in a silver lining kind of way—an opportunity. It allowed the university to take stock of the past before starting anew; to erect a museum that reflects evolving paradigms in art and academia and prioritizes education above all else.

After more than a decade of deliberation, fundraising, and construction, the venue, renamed the Stanley Museum of Art, reopened to the public last August. It was clear that, for the school, a new chapter had begun.

Whereas the Brutalist building that once constituted the museum was, as the gallery’s director Lauren Lessing put it, “designed as a display space, not a teaching space,” the new structure is all about flexibility, boasting movable walls and numerous classrooms. “It has given us an opportunity to open a state-of-the-art building that is designed to be an academic teaching museum for the 21st century,” Lessing said.

For the director, who took over in 2018 as plans for the building were being finalized, the new home represents the first and biggest step in a broader plan to rethink the role of a university museum today.

Before reopening, Lessing explained, “we had a lot of work to do to just figure out what our goals were.” That meant drafting a new mission statement, a new strategic plan, and a new collection plan. The latter document—which outlines collection strengths and weaknesses, acquisition goals, and potential deaccession opportunities—had never existed at the museum previously. “[That] was stunning to me,” the director recalled.

Jackson Pollock, Mural (1943). Courtesy of the University of Iowa.

Lessing and her staff’s reoriented vision informs much of “Homecoming,” the Stanley’s inaugural exhibition. Comprising some 600 artworks from the museum’s collection, the show honors the University of Iowa’s rich artistic past—the school offered the country’s first MFA program back in 1940—without becoming mired in it.

Pollock’s Mural, a benchmark in the evolution of 20th-century painting, is on view again, as are collection highlights by canon-calcified figures like Joan Mitchell, Joan Miró, and Max Beckmann. But they share walls with more recently acquired artworks too, many of which speak to an institutional effort to relate a more open-ended version of art history. Pieces by Sam Gilliam, Odili Donald Odita, and Alma Thomas fall into this category.

“People know us for Jackson Pollock’s . It is really important within our collection and it’s important to our identity—not just as a museum but as a university—that we acquired that painting,” Lessing said. “But we have done a lot of work to build on that legacy with other groundbreaking art that also laid the groundwork for movements.”

“We want to be able to show that, yes, we have the seminal work of Abstract Expressionism; that’s here. But let’s also contextualize it by bringing in work that tells a bigger, more inclusive story.” 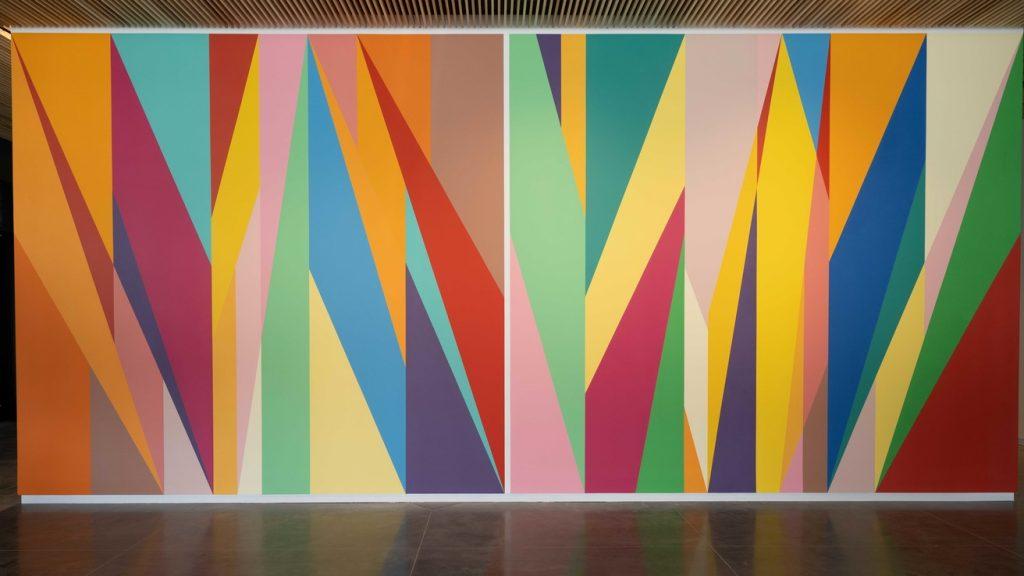 The show, which will remain on view through 2025, seems to have struck a chord so far. More than 30,000 people have visited since it opened five months ago.

“I really want to change the museum field. I really do,” said Lessing. “And I think I have a staff and a board and an administration here that also want that. We want to position the University of Iowa Stanley Museum of Art as a laboratory where that kind of genesis can happen.”

Art Industry News: A Man Some Believe Is the Biggest Art Forger of the Century Has Been Handed Over to French Authorities + Other...

Hilma af Klint Fantasized About a Spiral Temple for Her Art. A New Virtual-Reality Experience Lets You Step Inside It