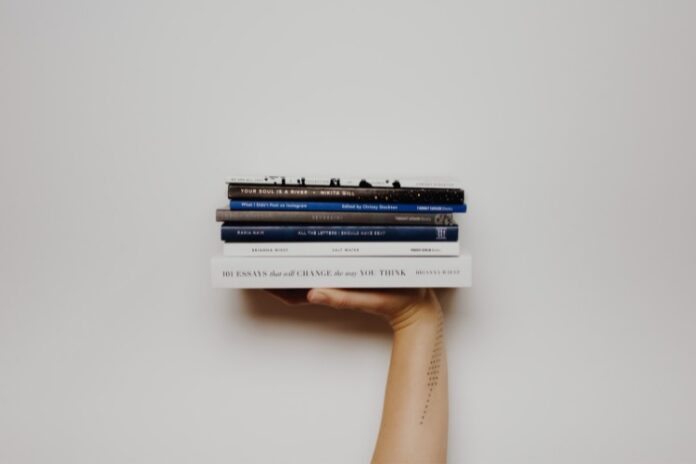 Feminism has been an integral part of our society for more than a century. No wonder, as the general idea behind the continuous social movement is gender equality, which expands to every aspect of our lives – social, economic and political. Naturally, it was destined to be covered by the brightest minds and experts of many generations. You will find tons of novels that touch on this topic, but if you want to truly dive into the literary masterpieces of feminism, here are four must-read female authors and their short stories:

Coming from the classic feminist author, The Yellow Wallpaper and feminism are basically interchangeable. Although written in the 1890s, Charlotte Perkins Gilman’s work is regarded as one of the finest and momentous pieces of feminist literature that is still very much relevant today. Following childbirth, a young woman is locked up in the upstairs room of a rented house after being diagnosed by her physician husband with “temporary nervous depression – a slight hysterical tendency”, a very common scenario at the time. Being deprived of all the outside activities, it is unsettling to witness how the woman’s mental state is slowly getting worse as she begins to recognize weird patterns and visions on the wallpaper around her. The Yellow Wallpaper essay topics may include gender discrimination, gaslighting and psychological violence, which is greatly depicted by the short story. Feminism and individuality, playing a pivotal role in the course of modern society, is closely studied in colleges and universities. For those willing to take a closer look at the subject, finding free essay examples on the web is a good point, to begin with.

Life and Other Shortcomings by Corie Adjmi

Life and Other Shortcomings is a collection of twelve short stories about women, which portray womanhood in its true diverse form throughout different eras and in the context of various cultures. These stories represent the lives of several women in an honest, open and vulnerable way, showcasing how different conditions affect their ultimate life choices in prevalently “men’s world”. Corie Adjmi has managed to create a natural set of circumstances for each female character, which allowed many readers to feel familiar and connected to the portrayed events, emotions and decisions. Alongside exploring such matters as the patriarchy and the #MeToo movement, the author unveils all of the complex and true layers of being a woman.

If you’re interested in the detailed history of feminism and how it came to be today, you should definitely stop by this book. From securing woman’s right to vote, gaining access to legal abortions and contraceptive pills to shoulder pads, body positivity and MeToo#, this piece will get you through more than a hundred years of dedicated women’s movement, whether exploring a serious topic or reviewing more lighthearted aspects of the matter. Although Anna-Marie Crowhurst simultaneously acknowledges the movement’s shortcomings, it is incredibly inspiring and empowering to see how women’s ideas and aspirations come to life through unification, hard work and fearlessness.

This story is particularly useful for students looking for unbiased samples of the ongoing struggle for women’s rights, as it also features personal testimony essays of many partakers and supporting photographs of the unfolding events.

The Soul of a Woman by Isabel Allende

Isabelle Allende memoir gives us an insight into her feminist standpoints while strolling through her personal and professional life. Growing up in difficult circumstances, her childhood struggles began to shape her view of women, their role in society and the importance of feminism for our global well-being. Pursuing journalism during the first wave of feminism, she had published numerous pieces on women’s issues alongside many of her fellow feminist colleagues. The author gets into details of her vast intimate experience  – over the course of three marriages, she learns how to grow as a woman through affection and conflicts, communication and compromise, accepting and letting go. Isabel shares her invaluable background and wisdom on womanhood, marriage and ageing reflects on women’s deep desires, ambitions and fears. She raises questions about injustice, gender inequality and fiercely disapproves of any kind of violence against women.

It is a wonderful short story for any college student searching for a truthful and inspiring look at the feminist movement across time.

There is a lot to celebrate about these women’s valuable contribution to feminist literature, as their courage, sincerity, and empathy paved the way to a brighter, more civilized world for the current and upcoming generation of girls. Each piece is a unique insight into the women’s minds and surroundings from all over the world that inspires readers to invest in further improvement and empowerment of the womankind personally.